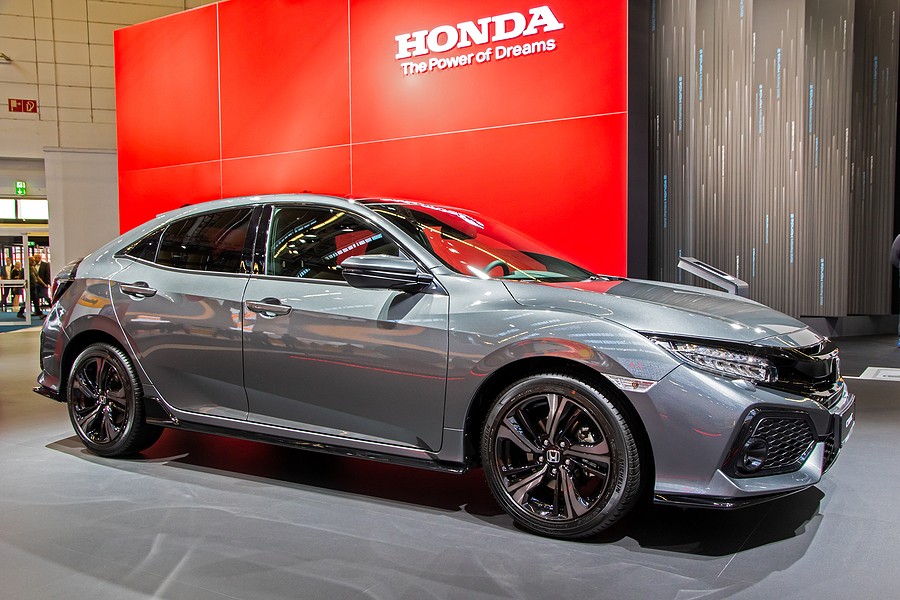 The Honda Civic Hybrid was one of the first hybrid cars to hit the market just over a decade ago right when the domestic market fell in love with sport utility vehicles. As excited as automotive enthusiasts were about the first generation hybrid vehicles, consumers were unsure of how reliable the batteries would be.

While the idea of an electric-powered car that operated on a battery and consumed less fuel sounded great, potential buyers feared that a Honda Civic hybrid battery would fail and ultimately leave them stuck with an expensive out of warranty repair bill.

What Exactly Is A Hybrid Car?

If you are considering purchasing a used Honda Civic Hybrid or one of Honda’s new line hybrid vehicles it’s important to understand exactly what you are getting yourself into. A hybrid car is a vehicle that uses two distinct types of power. The Honda Civic Hybrid uses an electric motor and has a gasoline engine to move the car.

A hybrid car uses a 12-volt battery pack that’s separate from the vehicle’s conventional battery. Contrary to popular belief, not all hybrid cars are charged up using a power source. The Honda Civic Hybrid like several hybrid series uses a regenerative braking system to charge its electric battery pack. Hybrid vehicles are also designed with a traditional gas engine which also charges and maintains the battery.

The first generation Honda Civic Hybrids hit the automotive market from 2003-2005. Despite the concerns of potential owners this electric car did surprisingly well on the market which is why Honda went on to produce this model until 2015.

Honda manufactured two versions of the Civic Hybrid. One that was designed with a manual transmission and another that was equipped with your standard automatic transmission. Some of the best features from Honda’s first line of electric cars included:

Is the Honda Civic Hybrid battery reliable? Although NIMH battery cell chemistry isn’t extremely power dense for the most part they are stable. The cells typically begin to lose battery life when they are fully charged or discharged. Therefore, manufacturers have put measures in place that force the battery cells to only be able to use about sixty to seventy percent of their capacity. These safeguards help keep NIMH battery cells in stable condition so that they can power the car for hundreds of thousands of miles.

Constant exposure to heat can eventually compromise Nickel Metal Hydride battery cells which can impact their ability to properly recharge. That’s why many Hybrid vehicles use passive cooling systems that use air in the cabin to cool down NIMH battery cells. Besides heat, nickel-metal hydride batteries can become compromised if they are sit unused for a period of time.

When the Honda Civic Hybrid battery is left sitting for some time they begin to discharge. The life of an NIMH battery depends on them never discharging them fully. The Honda Civic hybrid battery will eventually lose its charge and the ability to hold power the longer they sit unused. To maintain battery health, owners should at least run the car every couple of months.

Honda Civic Hybrid Battery – How Long Do They Last?

For many of these first-generation hybrid vehicles that used NIMH batteries, most automotive experts believed that they wouldn’t last past five years since the average lifecycle of a nickel-metal hydride battery is approximately five years or less.

According to Honda, their Honda Civic Hybrid battery is expected to last between six to ten years or 100,000 miles depending on which one comes first. When it comes to the life expectancy of your Honda Civic hybrid battery it largely depends on how much you travel. Some Honda Hybrid batteries can last longer while others may not.

Initial reports from Honda claimed that the Honda Civic Hybrid battery was lasting well beyond the warranty period for most consumers while only 0.002 percent failed. However, Consumer Reports conducted a survey that analyzed battery failure and replacement rates for popular hybrid vehicles like the Toyota Prius and of course the Honda Civic Hybrid.

During this time Honda Civic Hybrid battery failure was due to a major fault in the original programming which caused poor performance in stop and go situations. Also, taking the vehicle on short trips when the battery hadn’t been fully charged shortened its usable state of charge and ultimately caused it to fail. As a result, Honda rolled out software updates that altered how the Honda Civic Hybrid battery charged. This reduces the number of times drivers would be able to drive the vehicle on a low charge so that it can get back to a healthy state.

Honda Civic Hybrid Battery – What Factors Can Affect the Lifespan of Your Battery?

How Old Is Your Honda Civic Hybrid?

Another important factor that can affect your Honda Civic Hybrid battery is the age of your vehicle. If you’ve owned your hybrid vehicle for at least five years, chances are you’re going to have to replace the battery within the next year or two. If you’ve been driving your hybrid vehicle extensively for the last five years you may need a Honda Civic battery replacement sooner than you think.

How Many Miles Is On Your Honda Civic Hybrid?

What Type of Climate Do You Live In?

Studies have shown that extreme weather temperatures can also affect how well hybrid batteries perform. Many owners have found that hybrid vehicles don’t work as efficiently in extremely cold weather. If you live in a colder climate it’s important that you adequately warm your hybrid vehicle up before you drive off. In extremely cold climates, manufacturers recommend that you let your vehicle run for at least 15-20 minutes.

Hybrid vehicles have to work harder in snow and ice which puts a strain on the hybrid battery as it powers the vehicle to navigate the terrain. The Honda Civic Hybrid battery will begin to deteriorate when it’s at 110 degrees so you’ll want to make sure it’s well-ventilated. For maximum efficiency, you should keep your hybrid vehicle stored in the garage especially if you live in an area where the temperatures drop really low.

Honda Civic Hybrid Battery – How To Extend the Battery Life

Regular Maintenance Is A Must

A Honda Civic Hybrid battery doesn’t require any more maintenance than a vehicle with a conventional battery. Therefore, you should make sure you stick to a regular maintenance schedule. Often, hybrid vehicle owners neglect the health of their battery if the car has been running smoothly. You should make sure that the battery is charged at least once every other month if you aren’t regularly driving the vehicle. Make sure that the “ready” light is on.

As soon as your Honda Civic Hybrid battery starts malfunctioning you should see a technician that specializes in hybrid batteries right away to diagnose the issue. Some drivers ignore such issues because they can’t afford to have them repaired. However, scheduling regular battery checkups and having battery problems diagnosed can help you avoid the hefty cost of having to replace the battery.

Keep The Battery At A Level Temperature

Heat can destroy your Honda Civic Hybrid battery so you’ll want to make sure you keep the battery cool. The auxiliary system works to maintain the temperature of your battery. You can make sure the auxiliary is properly doing its job by maintaining the auxiliary fan. Keep the fan clean by removing oil residue that builds up quickly and attracts dust which will block the airflow to the battery.

Reconditioning your hybrid battery can further extend its life. When the Nickel-Metal Hydride batteries become weak, reconditioning the cells rejuvenates the battery and restores it to 97 percent of its original state.

Reconditioning the battery involves charging the battery until the voltage stops rising and then recharging back down to 0.8V. While some car owners recondition the battery on their own it’s best to have a professional complete this process.

Honda Civic Hybrid Battery – The Best On the Market?