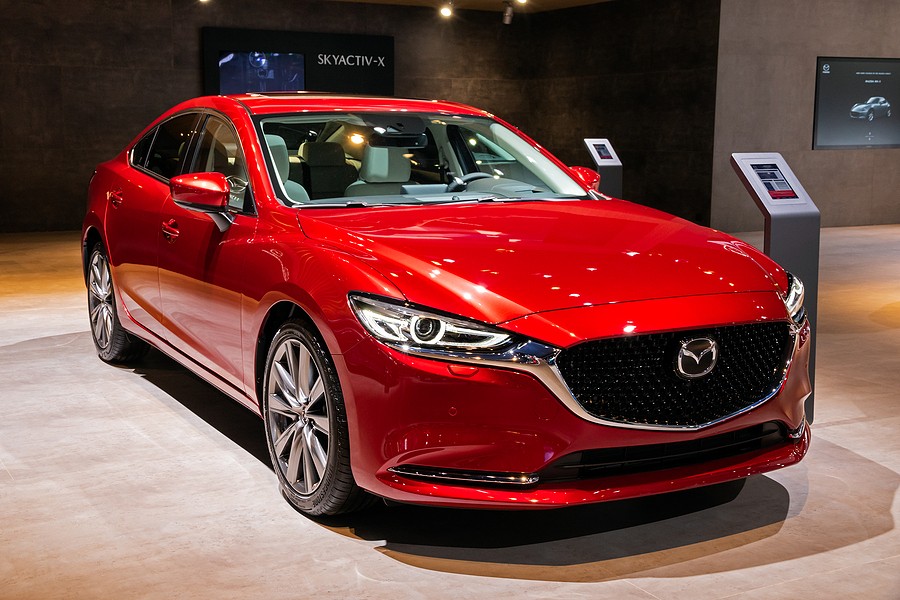 Whether your Mazda 6 is new or used, you might deal with starting issues. Since your Mazda 6 consists of many potential components involved in the starting process, it is sometimes hard to pinpoint the real culprit without going through a long list of potential causes.

Automotive experts reviewed all potential causes for your Mazda 6 starting issues. In this article, we list these causes in the order you need to check them.

Therefore, we advise you to go through the list in detail and familiarize yourself with all potential causes before replacing any component. Sometimes as a driver, it saves you a lot of money to become familiar with these causes instead of wasting your money having a mechanic inspect the car.

Mazda 6 starting issues can be grouped into three main categories. These categories involve issues related to the starting system, the fuel system, and sometimes the engine.

Let's take a closer look at these categories and identify possible solutions to resolve the problem temporarily and permanently.

The 1st and most important category you need to consider when your Mazda 6 one start is related to the starting system.

As a good background, you need to understand how the starting system works. Generally, it first starts with an electrical signal sent from your vehicle's battery to the starter motor then to the engine.

During the electrical signal trip from the battery to the engine, many potential components might disturb the trip.

For instance, if your Mazda 6 does not have a good battery, your Mazda 6 won't start. The battery can be very old and reaching the end of its lifetime, or maybe you might have a new Mazda 6 battery that did not reach its full capacity yet.

The battery connections and terminals

Your Mazda 6 battery connections can get corroded over time of use, and therefore, you need to eliminate any corrosion to allow the electrical signal to reach the engine smoothly.

The stars are motor

Once you confirm that the Mazda 6 battery and battery connections are in good condition, you need to look at the starter. The starter motor usually does not break fast, and it lasts for a good amount of time.

Your Mazda 6 starter motor should last between 100,000 miles and 150,000 miles. Therefore, if you own a relatively newer vehicle, the starter motor might not be your culprit.

However, if you have an older car above 100,000 miles, you will most likely be dealing with the starter issue.

Although the alternator is not directly part of your Mazda 6 starting process, it can significantly affect your vehicle's battery.

The alternator is responsible for providing the continuous electrical current to your electrical system. If it goes bad, it can deplete the electrical charge from the battery. Since your Mazda 6 battery is not designed to support the alternator, you will deal with starting issues immediately after the alternator goes bad.

There are plenty of potential symptoms of a bad alternator you might need to keep an eye on. These symptoms help you identify the real culprit behind your Mazda 6 won't start issue.

Usually, after going through the first category within your starting system, your Mazda 6 starting issues should be resolved.

However, there are situations where your starting system should be in good condition while the fuel system might be causing the issue.

There are plenty of potential comforts that might prevent you or Mazda 6 from starting, including:

The fuel filter is designed to prevent any contaminants from reaching the engine, and therefore, over time of use, you might be dealing with a partially or completely clogged fuel filter.

Usually, the partially clogged fuel filter will not completely prevent your vehicle from starting; however, when it gets completely clogged, your Mazda 6 won't start.

Like the fuel filter, the fuel pump also might affect your Mazda 6 and prevent it from starting.

As the name suggests, the fuel pump is responsible for pumping fuel to the engine continuously.

If the pump fails overtime reviews which is not very rare, your Mazda 6 won't start. There are plenty of potential causes to damage your fuel pump earlier than it should. You must keep an eye for a bad fuel pump symptom to prevent dealing with starting issues in your Mazda 6.

You might need to check some additional issues if your Mazda 6 won't start, and you ensure that all previously mentioned components were checked.

Some of these issues include:

Within your fuse box, you might be dealing with situations that one of the fuses gets blown or damaged for any reason. Therefore, you might need to take a closer look at your fuse box and see any sign of a blown or bad fuse.

The spark plug is also part of the starting process to some extent. It is responsible for providing the spark at the right time to or cylinders. When the spark plug does not work properly, your engine won't burn the air-fuel mixture, and therefore, it won't produce any power.

Of faulty spark plug can be noticed way before you were dealing with starting issues in your Mazda 6. Therefore, keep an eye for any signs of that spark plug to prevent dealing with Mazda 6 won't start.

The last and most obvious thing that might prevent your Mazda 6 from starting is a failed engine. Obviously, when your engine fails, nothing will work in your vehicle, including starting it.

Several Mazda 6 owners had to deal with issues where Mazda 6 won’t start, and the security indicator light illuminates.

Most of these customers and owners resolve their problems by cleaning up the corroded battery cables hand terminals.

When your Mazda 6 won't start and won't crank, the problem is most likely related to the starter circuit. What you can do to confirm the culprit is checking or performing cranking problems diagnosis. To do so, try to turn the lights on before cranking the engine.

Unfortunately, dealing with intermittent starting problems can be very challenging dealerships might not be able to replicate the problem if you visit them.

Therefore, when your Mazda 6 experiences intermittent starting problems, you need to either check the clutch switch or the starter circuit.

Of faulty battery might not be the culprit because the battery will not cause intermittent problems. It will either prevent your Mazda 6 from starting or have it start.

Your Mazda 6 won't start in some cases, and you will see issues with the push button. These issues can be resolved by reprogramming the ignition module. To reprogram your ignition module, the Ford dealership might charge you about $180. However, the process would be very fast and not take more than a couple of minutes.

When your Mazda 6 won't start and hear some clicking noises, the problem is most likely coming from a drained battery or bad battery terminals.

When the battery does not have enough charge or can't hold the required charge capacity, it might help make the clicking noise without getting the vehicle started.

A couple of customers indicated that their problem was resolved by replacing or cleaning up the corrosion's battery terminals.

Mazda 6 won't start: how to resolve the problem?

We provided enough details about the different possible reasons behind your Mazda 6 starting issue. It is time now to understand what would be temporary or permanent solutions for the starting problem.

Let's look at the different suggested solutions to deal with Mazda 6 starting issue by category:

When your Mazda 6 does not start because of an issue with the starting system, you need to get the part replaced.

For example, if the main issue is coming from the battery, you need to install a new battery. However, you can't get the vehicle going to the dealership using a quick jump start.

On the other hand, if the starter motor or the alternator are the main causes of the problem, you don't have any workaround solution, and you must get them replaced immediately.

Fuel system problems must be resolved as well to get your Mazda 6 going again. If the fuel filter is clogged, you need to either clean it up or install a new fuel filter.

A bad fuel pump must be replaced if it's causing your Mazda 6 starting issue.

Also, consider checking you are fuel tank because there are some scenarios where the fuel pump or the fuel system might not be working just because you don't have enough fuel in the fuel tank.

Lastly, if your Mazda 6 won't start due to any other mentioned issue, you must get that part replaced.

For instance, if the problem is coming from a bed or blown fuse, you need to replace it.

Similarly, if the issue is coming from a damaged or broken spark plug, you must install a new one.

Of course, if your Mazda 6 won't start because of failed engine, you need to install a new engine which can be extremely costly!

Starting issues are not only associated with older Mazda 6 vehicles; many owners of newer vehicles experienced some issues with their Mazda 6 won't start.

If your Mazda 6 starting problem requires very high repair costs, it might not be worth fixing this car, and instead, you should sell it to any interested buyer.

We will provide you the top dollars that your Mazda 6 can make around your area, along with free towing despite your address.

For more information about our company and our process, you can give us a call at 866-924-4608 or visit our home page click on the free instant online offer