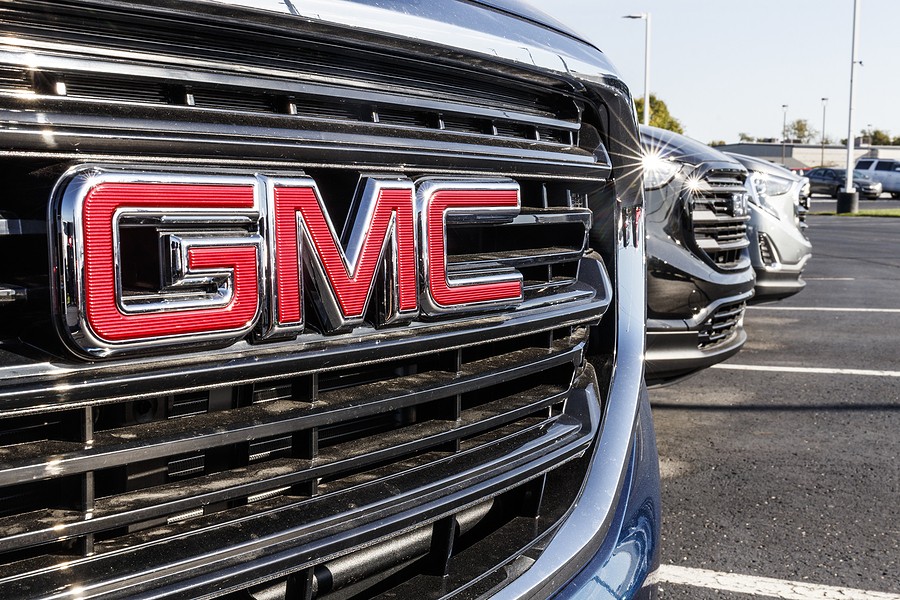 2017 GMC Acadia problems have to do with the interior, the transmission, the electrical system, the engine, the drivetrain, and other minor problems.

In a couple of years only, 2017 GMC Acadia became one of the top and most popular General Motors vehicles. This great midsize SUV V comes with amazing features that attracted thousands of customers.

Although the initial generations did not receive a high-reliability rating, GMC decided to redesign the 2017 model year; it came with its problems.

Based on what the National Traffic Highway Safety Administration published, the 2017 GMC Acadia problems were related to the transmission, exterior, and electrical system.

As a driver of the 2017 GMC Acadia, you need to be aware of the top reported complaints and the major mechanical problems. This way, you are well prepared for anything that happens to you while driving this car. If you are a shopper for a used 2017 GMC Acadia, you also need to be aware of what problems you might face when purchasing the used vehicle. This way, you can make an informed decision before purchasing the vehicle.

The vehicle was featured for the amazing safety options, the great fuel economy, the smooth handling, and others.

The vehicle seats up to six to seven passengers and comes with either a 2.5-liter four-cylinder or a 3.6-liter V6 engine. The vehicle is equipped with a 6-speed automatic transmission. With this combination, the 2017 GMC Acadia can achieve about 21 MPG's on city roads and up to 26 miles per gallon on the highway. Using the 2017 GMC Acadia, you will receive a towing capacity ranging from 1000 to 4000 pounds.

Despite the amazing features that come with the 2017 GMC Acadia, several customers were not happy with the very small cargo space, the high price of top trims, the low overall performance, and the fact that this vehicle is not keeping it up with the competition.

After the full redesign, the 2017 GMC Acadia was not problem-free. According to larger forums and platforms likecarcomplaints.com edmunds.com, and others, GMC Acadia received many reported complaints about mechanical issues related to the interior, transmission, electrical system, and engine.

The 2017 GMC Acadia interior problems were the top reported for this vehicle. Several customers suffered from horn not working, broken sunroof shade, and radio not working properly.

Surprisingly, most internal problems occur at relatively newer vehicles, and some of them were as low as 400 miles only!

The second most reported problem about the 2017 GMC Acadia was related to transmission issues.

Several customers were frustrated by the shift to park alert. Other customers had to deal with chattering and shuddering at load RPMs.

There wasn't any clear consistency at when and what mileage where the transmission problems might occur. Some vehicles reported the problem at 35,000 miles, where others reported it at only 1000 miles.

In most scenarios, the problem was resolved by either replacing the shifter park switch Control. On average, repairing the shift to park problem cost customers about $450.

After the increased number of reported complaints about the transmission issue, General Motors decided to release a technical service bulletin indicating the problem. Within this document, they mentioned, “Condition: Vehicle displays Shift to Park message on DIC when in the park. Vehicle may not shut off when put in park or may not start.”

A good number of reported complaints indicated several electrical issues with the 2017 GMC Acadia. For example, some customers indicated that their vehicle would stop running suddenly without any previous warning signs.

Surprisingly, most electrical problems occurred in the relatively newer vehicles. Some of these vehicles were at only 1000 miles. Depending on the reported repairs and fixes for the electrical problems, a couple of customers indicated that her costs were about $200 on average. Customers needed to install a new battery.

2017 GMC Acadia was not engined problems-free as well. Many reported complaints have mentioned that the vehicle might experience some excessive vibration, and the check engine light will illuminate suddenly without any previous warning signs.

In some scenarios, the 2017 GMC Acadia’s engine would turn over but not start, and, in several scenarios, customers mentioned dealing with unintended acceleration.

About four complaints we reported to carcomplaints.com indicating some issues with the 2017 GMC drivetrain. Most of these complaints were associated with very new vehicles of only 50 miles!

Most of these vehicles experienced significant vibration coming from the drivetrain area. Luckily, this problem was resolved by reviewing the recently published service bulletin by General Motors. They Bolton indicated that vehicles experiencing severe vibration needed ECM computer recalibration. To equal breed the ECM computer, dealerships should not take more than one hour to resolve the issue.

Are there any recalls on the 2017 GMC Acadia?

Yes, 2017 GMC Acadia received three recalls focusing on the braking system, the drivetrain, and the engine. This recalls we're not only focused on the 2017 GMC Acadia but also several other model years.

The first recall was released on December 12th, 2016. It was focused on brake fluid leaks and reduced braking performance. This recall affected Both the GMC Acadia and the Cadillac XT5.

This recall indicated that there is an issue with the front brake caliper piston. This person might leak some fluids, which might affect the overall vehicle's braking performance. Any affected vehicle was invited to visit the nearest GMC dealership to get the problem resolved free of charge.

On August 25th, 2017, GMC recalled about 2905 vehicles from several models, including the GMC Acadia 2017. The problem and the recall were focused mostly on issues with the drive shaft that might experience some separation infraction as you're driving. As a result, affected vehicles might roll away if they were parked. All affected vehicles were invited to visit the nearest GMC dealership to get the problem resolved Free of charge as well.

On July 2nd, 2018, GMC decided to recall about 895 vehicles from multiple brands and makes, including the 2017 GMC Acadia. These vehicles had issues with their fuel pump. The fuel pump experienced significant high pressure, which might cause it to detach from its mounting. Once the fuel pump gets detached, the vehicle might experience some fuel leak which could be dangerous and pose risks. All affected vehicles were also invited to visit the nearest GMC dealership to resolve the problem without paying.

Yes, the 2017 GMC Acadia is considered a relatively reliable vehicle that has good safety features. Although the vehicle received two recalls that have to do with safety, it is still considered above average for the reliability rating according to the JD power standards.

2017 GMC Acadia received a score of 3.5 out of five based on The Dirty power reliability rating.

If you are looking to purchase a used 2017 GMC Acadia or you are a current owner of such a vehicle, it might be helpful for you to listen to real customers reviews and see if you can relate.

The first customer reported a complaint to edmunds.com indicating that he has to deal with significant shift to park issue at his relatively new vehicle of 12,000 miles. He indicated that he took the vehicle to the dealership and resolved the jumper harness problem but after a couple of days, the issue came back again. This customer mentioned “email GMC said the entire shifter assembly needs replaced because the jumper harness didn’t fix it. Cost is $620. GM is refusing to pay.”

The second customer also had significant issues with his 2017 GMC Acadia. The vehicle experience tons of transmission shifting problems. The customer was upset that GMC focused on improving the electrical components and optional features in this model year and ignored very important safety features. He indicated “Obviously focusing on electronics and not on things needed to actually use this as a motorized vehicle used to transport you from place to place. The throttle has an issue.”

The last customer owns a 23,000 miles GMC Acadia and he did that his vehicle would also experience some issues with the shift to park switch. He indicated that “contacted general motors and on phone and it took over an hour. They said when shift to park shows up to switch from park to drive and travel a few feet or switch to reverse and travel a few feet and then put it into park and that should resolve the problem. Asked what causes this problem and she could not give me an answer.”

How to avoid buying a 2017 GMC Acadia with mechanical problems?

If you are planning to invest thousands of dollars in purchasing At 2017 GMC Acadia, you need to spend good efforts making sure that you're purchasing the right vehicle.

Most larger dealerships allow you to test drive your vehicle before purchase, especially if you're planning to purchase an expensive one.

If you get the chance, you need to keep an eye and ear for any abnormal behavior of your 2017 GMC Acadia.

For instance, by now, you are aware of major reported problems with this vehicle. Therefore, you need to keep an eye on any signals of a bad transmission. Also, you need to check anything you're expecting to use in your daily life.

For example, try turning on and off the radio, the air conditioning, and any other smaller components you're planning to use every day. Although these components are not very expensive, ignoring them and dealing with their problems can be headaches.

Therefore, if you think that investing in a professional mechanic can be expensive to you, it's not as expensive as dealing with major problems like the 2017 GMC Acadia engine or transmission problems.

Most of these complaints were related to either the interior, the transmission, the system, and the engine.

Unfortunately, dealing with complicated problems in your 2017 GMC Acadia that have to do with the transmission or the engine can be very costly. Therefore, several customers decided to sell their vehicles and purchase new ones instead of wasting their time and effort getting their GMC Acadia to go.

If you have a 2017 GMC Acadia and it's giving you a hard time getting repaired, it might be the right time now to sell it and use the money towards a better vehicle. Luckily, you are at the right place because Cash Cars Buyer guarantees to buy your twin 17 GMC Acadia and pay the top dollars along with free towing!

Our process is very simple, and we invite you to reach out to our customer service at 866-924-4608 or visit our home page click on the free instant online offer.