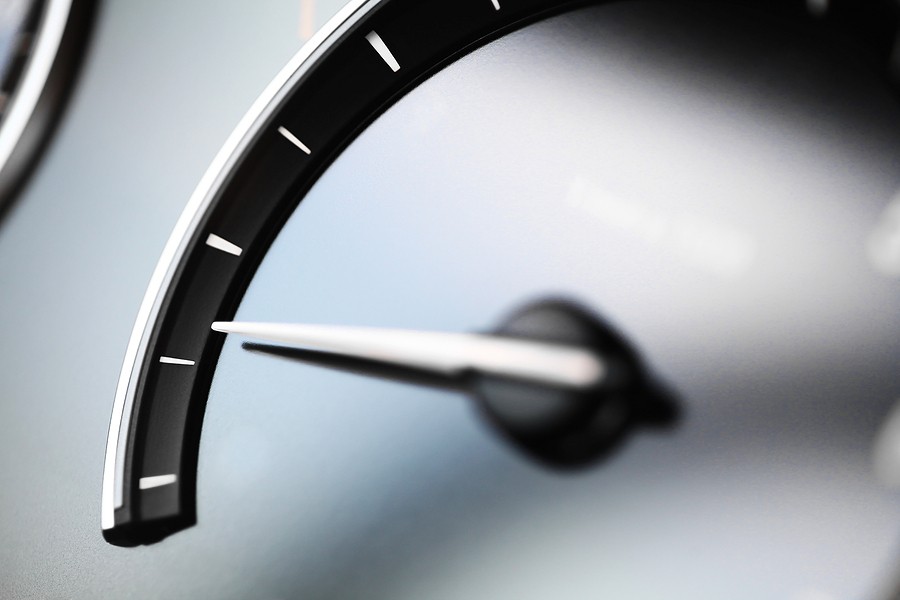 There are literally thousands of parts that have to work together to make your car function properly. The average driver knows the basic parts, things like transmission, brake lines, coolant reservoir, and so on. But even most of these parts are made up of many smaller parts. In fact, your fuel system which most people are aware of contains many smaller parts including fuel filter, fuel pump, and your fuel tank pressure sensor.

What Does the Fuel Tank Pressure Sensor Do?

As you can guess from the name, the fuel tank pressure sensor reads pressure in your fuel system. By doing this it helps you detect if you have any leaks, especially ones that are caused by evaporation. That's why it's part of the evaporative emission system. That means if you have a bad gas cap it's going to tell you that you have fuel leaking out there, or if there are vapors escaping anywhere else where they shouldn't be.

The data that is collected by your fuel tank pressure sensor is transmitted to your engine computer. That way when it detects a problem with the pressure and realizes there's a leak, the check engine light is going to show up on your dashboard to let you know you have a problem that needs to be addressed. Obviously, a check engine light on its own doesn't necessarily indicate that you have a problem with this particular sensor, but when you take it to a mechanic to get your car looked at the mechanic can use an OBD2 scanner. An on-board diagnostic tool such as an OBD2 scanner will diagnose why a check engine light came on in the first place and provide a code for the mechanic. That will specifically relate to a problem with your fuel pressure sensor so the mechanic will know that you likely have a leak in your fuel system somewhere.

If you're curious about this kind of diagnostic process you could also pick up your own OBD2 scanner from a site like Amazon.com for about thirty or forty dollars. The scanner won't be able to help you fix any problems however when you get check engine lights and other warnings on your dashboard, the scanner will be able to give you the code so you can narrow down exactly why the light turned on in the first place. It makes getting repairs done a little easier.

How Do You Check a Fuel Tank Pressure Sensor?

A fuel tank pressure sensor isn't a very complicated piece of technology. In fact, it runs on a 3-wire circuit that's fairly easy to understand. The sensor features a reference voltage wire that comes from your car's computer, a ground wire, and one that returns voltage to the powertrain control module. So, if there is a problem with your fuel tank pressure sensor you only need to check three wires to find out if the sensor itself is a problem or if something else has gone wrong.

Unfortunately, the fuel tank pressure sensor is located inside your fuel tank or on top of the fuel tank near the hanger assembly that holds the fuel pump in the fuel tank itself. That means it's not particularly easy to get to for the average car owner. This is why typically you would have to go into a mechanic to get the sensor checked because doing it on your own isn't feasible for most drivers who are uncomfortable doing anything more than basic auto maintenance.

What Happens When the Fuel Tank Pressure Sensor Goes Bad?

There's some good news and some bad news when it comes to understanding what happens when your fuel tank pressure sensor goes bad. The good news is that it’s possible your car is still going to run fine. In fact, it may not alter the way your vehicle performs at all. However, the problem is that you're not going to be able to properly pass emissions testing when your sensor isn't working the way it's supposed to. And of course, you're going to have the check engine light on which could definitely be a nuisance. And, if you ignore it because you think it's just the fuel tank pressure sensor that set it off and something else happens, you won't know that you have another reason to check your engine.

There are some other signs and symptoms you can be on the lookout for to let you know that you have a problem with your fuel tank pressure sensor.

Check Engine Light: Like we just said your check engine light will come on the moment you have an issue with a faulty fuel tank pressure sensor. If you do have an OBD2 scanner then likely a code P0452 is going to pop up. It's definitely something that you want to get checked out because while it may just be a problem with the seal on your gas cap, it could also mean you have a leak in your fuel system as well.

Stalling: If you're finding that your car is stalling frequently then that could also be a symptom of a bad fuel tank pressure sensor. Because the data from the fuel tank pressure sensor helps regulate the fuel to air ratio needed for the combustion reaction in your engine, it could start sending incorrect signals which results in your engine not burning fuel correctly.

Hard Starts: For much the same reason as you could potentially be having stalls, you may also find it's hard to get your vehicle started when you have a bad fuel tank pressure sensor. If it's sending the incorrect data to your engine's computer then you may not be having the right amount of fuel sent to your engine to burn. As a result of having a lean fuel mixture, which is to say much more air in the fuel, you may have trouble starting your car.

Poor Fuel Efficiency: This is another case of the sensor sending the incorrect signals to your engine's computer. If your computer doesn't have the right data relating to how much fuel you're using and how much fuel you need to burn in order to maintain speed, then you can end up burning too much fuel and getting a bad performance as a result. You'll get lower miles per gallon and you may also have issues with acceleration.

What Causes a Fuel Tank Pressure Sensor to Go Bad?

Extreme Conditions: Like most parts of your vehicle, the fuel tank pressure sensor is designed to operate under a certain set of conditions. Any time that you operate your vehicle outside of these parameters, then you may be causing undue wear and tear on any number of parts including the fuel tank pressure sensor. In this case if you are operating a vehicle under extreme temperatures that could be what's causing the sensor to go off. This could be a simple matter of even the weather where you live being extremely harsh, either very hot or very cold. Even very dry or very wet conditions could lead to the sensor going bad over time. Additionally, if you push your car through a lot of extremes, like driving off-road or on uneven ground that causes excessive vibration in the vehicle that could damage the sensor as well.

Overfilling the Gas Tank: This is a less common condition and hopefully not something that you do too often, but it's possible that if you overfill your fuel tank the fuel is going to overflow into the charcoal canister. As it goes into the overflow lines it can reach the fuel tank pressure sensor and cause damage to it since it's not supposed to have direct contact with your fuel in that manner.

Accidental Damage:  Even though the fuel tank pressure sensor is located inside your fuel tank or just outside the fuel tank, it's still subject to potential damage from accidents which may be hard to diagnose if you got into a bit of a fender bender and didn't realize that there was damage inside your vehicle. Collision damage could cause the sensor or its wires to break free and result in incorrect data being sent to your car's computer as a result.

How Much Does It Cost to Replace a Fuel Tank Pressure Sensor?

If your fuel tank pressure sensor needs to be replaced, you can head to a site like Autozone.com and get a new one for anywhere from $80 to as much as $350.  The price depends on the make and model of your vehicle and in some higher-end models can even get up over $500. That's just for the part itself.

Once you head to a mechanic to get the job done it's probably going to cost you another $200 to $250 in labour to get the fuel tank pressure sensor swapped out. So, all told, you could be spending anywhere from $280 to as much as about $600 to get this job done.

The fuel tank pressure sensor is one of those parts that most drivers aren't even aware is doing a job inside of their car at any given moment. However, the sensor data is crucial for guaranteeing that your car is working at maximum efficiency all the time in a way that's going to improve your gas mileage, save you money, and keep your car working as well as it can.

Unfortunately, when the fuel tank pressure sensor goes bad the symptoms can often be mistaken for many other issues with your car's engine or fuel system. That means it can take a little bit of work to get to the root of the problem to figure out what's going wrong with your vehicle. Since the check engine light is the most common symptom, this is often a problem that's frequently overlooked by drivers since it's very easy for some people to ignore a check engine light. The light can come on for literally hundreds of reasons, and sometimes it seems like your car will work just fine even though it's popped up.

Just remember, your vehicle's performance will suffer as a result the longer you let your fuel tank pressure sensor go without being checked. You'll also be unable to pass emissions tests without the sensor working properly and depending on the state you live in that could mean you will be unable to use your car at all until such time as you get it fixed and in working order. It's important to ensure no vapors are escaping from your fuel system and also to ensure that your engine is burning fuel as efficiently as it possibly can. So, it's in your best interest and the best interest of the environment for you to make sure that your fuel tank pressure sensor is in good working order at all times.