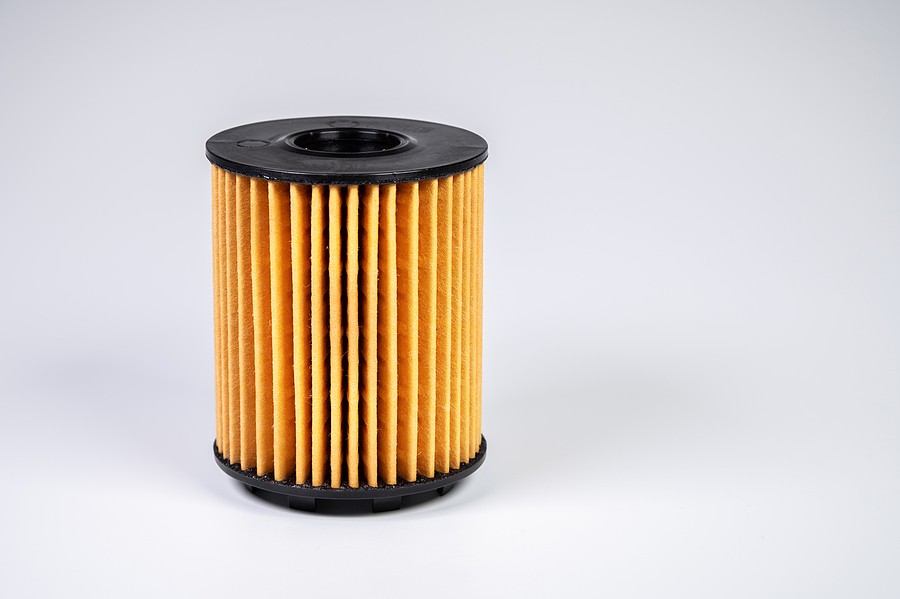 Your car’s fuel filter is the filter in the fuel line in your vehicle that is in charge of screening out dirt and rust particles from the fuel, protecting your engine from harmful debris. The price for a new fuel filter generally runs between $100 and $150, which takes into account both the parts and labor cost for the installation. The average cost for a mechanic to install a new fuel filter in a vehicle is between $53 and $165, while ordering just the part for you to do a self-installation is between $14 and $60.

As we know, the fuel filter is a key part of your fuel system, yoru engine system, nd the safe running of your car. However it is often overlooked, since it is not a huge part and not the most epxs nerve. Despite this, it plays a key role in your car, and can be overlooked due to the car fuel filter being tucked out of sight and easy to forget about.

Although the fuel filter might seem too small to care about, it plays a crucial role in the car and ensures that no dirty fuel enters the system, the fuel system does not become clogged, and the fuel filter is not dirty and causes other engine problems. The engine is some of the most responsive repairs in the car, and can be a very costly fix.

Knowing when to check and clear your fuel filter can help you determine the overall fuel filter replacement cost. This the first step in fixing the fuel filter and ensuring that it remains in optimal shape. While other probes in the vehicle will differ from one type of car to the other, like the make model and year, the most common symptoms will remain the same in every single kind of car on the market.

Hard to Start The vehicle

In order to determine the overall fuel filter replacement cost, it is key to know the signs of a failing fuel filter. One of the most common symptoms is having a difficult time starting your car. This sign usually occurs very early on and can help you fix the issue before it becomes a more serious problem. In some more severe cases, like if you have let this problem  go on for too long, the car won’t be able to start at all.

Vehicles need the right amount of fuel in the system to fire up the engine, but if the fuel filter is clogged or dirty, the flow of the fuel within the engine system will be constricted and restrained, making it very difficult to start your car and turn the key in the ignition. This can drastically affect the fuel filter replacement cost.

In many cars, the vehicle will eventually start after you try several times to turn on the car. However, before you try these hard starts on your damaged fuel filter, it is important to first rule out any other issues in your car, like a more severe problem like a dead battery, faulty starter, or damaged engine.

Another issue that is a symptom of a clogged or damaged fuel filter is random engine misfires. if the engine continually misfires, this can affect the overall fuel filter replacement cost. This is a high possibility when you have a bad or clogged fuel filter and will happen more often when the vehicle is going uphill, you are trying to accelerate, you are carrying a heavy load, or you are in a situation where your car will require more fuel than if you are just coating down the road.

A clogged fuel filter can mean that there is a buildup of particles or dirt and debris, preventing enough fuel from going through the system and getting the engine and starting the car. For owners of cars that are older models, the misfires will be more common than just when you are straining your vehicle, and can happen more often during moving or idling, since the engine might shake or stutter when moving at different speeds.

However, don’t think this problem is resigned to older models, as newer vehicles will not misfire when you are idling, but they can misfire in high-stress situations, like accelerating uphill. The engine misfiring can increase the fuel filter replacement cost in your vehicle.

With A bad fuel filter or a damaged fuel filter, the lack of power comes from the tank’s fuel supply not being able to keep up with the demands of the engine since the fuel is not flowing enough through the system, and there is not enough fuel going through the tubes. A blocked tube can cause a lack of engine power and a higher fuel filter replacement cost.

When your engine stalls, this is something that can be a sign of many problems in your car – motorists and car owners dread that the engine might be failing, which can lead to a very expensive engine replacement cost. However, you might be happy to know that the fuel filter replacement cost is much less than this expensive repair. Something less serious like a clogged fuel filter can cause the engine to stall while you are driving.

If a clogged fuel filter is too clogged and too dirty, and has been unattended for a long time, it can cause the engine to stall since it will not be getting enough fuel in the system. In most cases, the engine stalling will happen when you place extra stress and demands on the car’s engine, like accelerating up a hill, towing a heavy load, or trying to start very quickly after stopping.

A worsening fuel economy or a poor gas mileage can be a clear sign that your fuel filter is clogged or has been damaged over time. Although a bad fuel filter can restrict the amount of fuel that is getting to the engine, this can still lead to a poor fuel economy and a much lower miles per gallon than you are used to.

Since the clogged fuel filter can cause a restriction of fuel flow and prevent the engine from getting enough fuel, it will demand the fuel pumping to work much faster to meet the driving demands.  Similar to when you have other faulty or damaged engine and transmission system mechanisms, a bad fuel filter can cause the engine to struggle to power the car, causing it to burn more fuel, and increase the total fuel filter replacement cost.

Other reasons the check engine light might come on in your car is due to an oxygen sensor failure, a loose fuel cap after getting gas in your car, a catalytic converter failure, spark plug and ignition coil issues, bad spark plug wires, mass airflow sensor failing, issues with the aftermarket alarm, a vacuum leak, exhaust gas recirculation valve failure, or a dead battery.

Should you clean the fuel filter?

First, start with cleaning the fuel filter and see how the performance improves. This will be the best solution for you if you don't have the money, the time, or the resources to get a new filter and install it in your vehicle. Also, this is the best choice for when the fuel filter is not heavily clogged or damaged, but just has minor build-up of debris and dirt.

When should you replace the fuel filter?

Even if your fuel filter seems to be working well, is not damaged, and is not clogged, you should still replace the fuel filter regularly to keep your vehicle working in optimal condition and preventing any other fuel system issues that can negatively affect your engine. While every vehicle manufacturer will have different recommendations for when to replace the fuel filter, for most cars it will be in the range between 20 and 60 thousand miles depending on how old your vehicle is and what kind of make, model, and year you have. The older the vehicle, the more frequent you will have to get a fuel filter replacement.

You Have an Older Fuel Filter

For those car owners who have older fuel filters that have been in their car for some time, it is recommended that you replace the fuel filter and check out the fuel filter replacement cost in case you get in a situation where you could potentially run out of gas accidentally.

Running out of gas will put any debris in the bottom of the gas tank to be forced through the gas pump and then collect in spots on the fuel filter, which can then result in a fuel filter damage or result in extra clogging, increasing the fuel filter replacement cost.