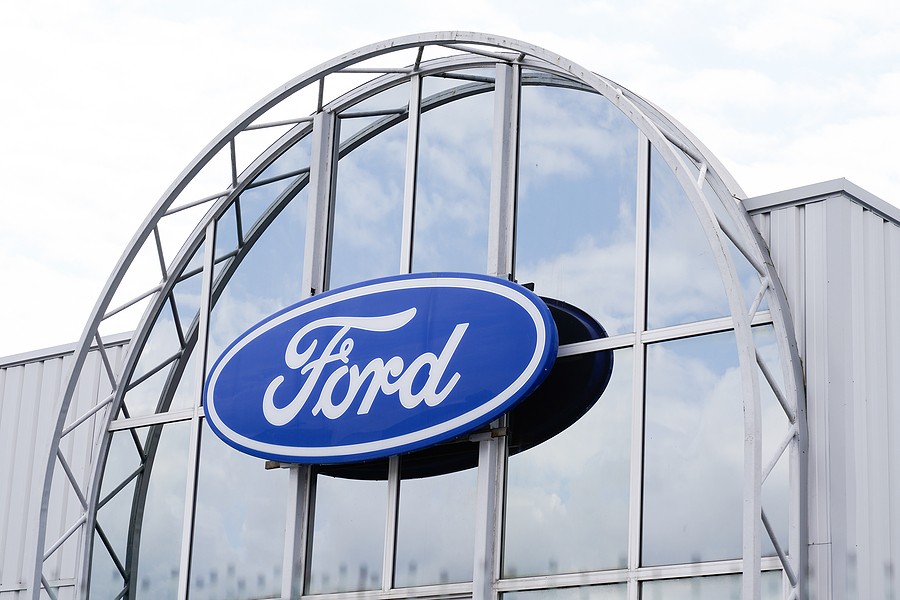 The Ford 3.5 L EcoBoost engine has had some problems since its debut back in 2009. If you're wondering if the Ford 3.5L EcoBoost engine is reliable, it's kind of a tricky question to answer. It has definitely proven to be durable and powerful, but any engine produced in the numbers that the 3.5 L EcoBoost is producing are bound to have problems over the years. Ford uses these 3.5 V6 engines in their trucks like the Ford F-150 and the Ford Raptor which means that not only are they being pushed to their extreme limits all the time because many people use these as work vehicles, but they are also produced in extremely high numbers. The Ford F150 is not just the best selling pickup truck in America, it's the best-selling vehicle period.  So, if you are interested in finding out if the Ford 3.5 litre EcoBoost engine is a good engine, the answer is yes but with some considerations.

What is a Ford 3.5 L EcoBoost Engine?

Ford’s EcoBoost engines, as the name might suggest, we're designed to be alternatives to the larger displacement V8 engines that Ford had been using up to that point. The 3.5 L V6 is a turbocharged engine that's meant to provide power and torque on par with these naturally aspirated larger displacement engines but at the same time being smaller, using less fuel, and producing fewer harmful emissions that will be expelled in the exhaust.

Ford uses the 3.5 L EcoBoost in their F-150s as we said, and they have proven to be extremely popular. The second generation of 3.5 L EcoBoost engines were introduced by Ford in the year 2017. They're in the F-150, the Expedition, and the Lincoln Navigator.  Other vehicles that use 3.5 EcoBoost engines include the Raptor, the Ford Transit, the Ford Flex, police interceptors, and others.

These were upgraded with multi-port fuel injection and new turbochargers to improve overall performance. Depending on which model of 3.5 EcoBoost engine you are looking at they produce anywhere between 320-horsepower and 647-horsepower. That also means anywhere from 350 lb-ft of torque to 550 lb-ft of torque. So, they are definitely powerful engines.

When it comes to performance and reliability, for the most part the Ford 3.5 L EcoBoost engine is reliable. This is a good engine that has served many hundreds of thousands of drivers as well. But, as we said, anytime you're producing engines by the millions things are apt to go wrong now and then. With that in mind, here are some of the common problems drivers are faced with their Ford 3.5 L EcoBoost engine.

Regular oil changes are part of routine maintenance for any vehicle. That said, many drivers forget or put this routine maintenance off sometimes to their own detriment. When you leave the oil change in a Ford that uses a 3.5 L EcoBoost engine for too long you risk problems with the timing chain. The timing chain in a 3.5 L EcoBoost engine is fairly sensitive to oil conditions and the turbocharged engine can be pretty hard on oil over a long enough period of time.

For that reason, you never want to stray too far from the recommended oil change time limits. In general, that means you're wanting to change your oil in a 3.5 litre EcoBoost engine about every 5,000 miles or so. You can check your owner's manual to know for sure exactly how often it should be done. Regardless of the specific time or distance, you don't want to miss it by too much because the effect on the timing chain could be significant. The chain itself, the guides and the tensioners could begin to fail.

Luckily, 2nd generation 3.5 L EcoBoost engines have more reliable timing chains and are less susceptible to failing if an oil change isn't done at the exact right time it should be, but that doesn't mean you should avoid any oil change for too long however.

Engines that use direct fuel injection all tend to have problems with carbon buildup on the intake house. The 3.5 L EcoBoost engine is no different. Port injection fuel systems are able to clean themselves much better than a direct injection engine is. This ends up causing restricted airflow and loss of power, not to mention increased fuel consumption overtime. Again, this was a much more significant problem in the first generation of 3.5 L EcoBoost engines. Upgraded engines came with an additional port injection which helped solve the carbon build-up issue.

First generation EcoBoost engines in the 2011 to 2012 F150s had occasional problems with misfiring and acceleration during damp operating conditions. This could happen on humid days or just days when there was a lot of rain and other moisture. The moisture would get trapped in the intercooler and cause poor functionality.

Ford addressed this issue by removing the air deflector at the top of the intercooler and instead installed it on the bottom to vaporize the conversation. For some this problem was fixed with a bit of a MacGyver solution of drilling a 1/16-inch hole in the bottom of the intercooler just to allow any condensation to drain out. Of course, that can create a leak and it's definitely not the kind of thing you want to do if you're not sure what you're doing.

Ford had to update the software in 2011 models equipped with a 3.5 EcoBoost engine nine different times. This fixed problems with the ignition system, shifting, and with more. Problems with uncalibrated engines included loss of power, stalling, and so on. If all of the calibration updates were performed, then the issue should have been eliminated, however.

Ignition and Spark Plug Issues with the 3.5 L EcoBoost Engine

Some drivers of Fords with the 3.5 L EcoBoost engine experienced problems with misfires thanks to issues with their spark plugs and coil boots suffering some significant carbon build-up. Again, as we said, certain engines are prone to a lot of carbon buildup and if this happened around the spark plugs in the boots, you could try to clean it but often the best bet was to simply replace the spark plugs and on occasion even the boots themselves to get things running smoothly again.

This problem popped up in 2013 to 2015 vehicles equipped with the 3.5 L EcoBoost, though not the F-150s. In this case the hose valve cover adapter over the positive crankcase ventilation Was the culprit. You could remove the valve cover adapter and solve the problem which often manifested as white or blue smoke appearing in the exhaust indicating that you were producing more pollution than you should have in your exhaust system. Ford eventually redesigned the valve cover adapter to seal the leak that was leading to the fumes escaping from the exhaust.

You can buy induction cleaning products that are injected into the intakes in your engine to clean the valves of carbon buildup. Even though carbon buildup in the valves isn't a huge issue with the 3.5 L EcoBoost engine, especially the upgraded second generation, some drivers will buy these products and add them to their fuel system to help clean the engine up. Unfortunately, these cleaners don't work well with the Ford 3.5 L EcoBoost turbo charger. The result is that the bearings, turbines, and seals can suffer some damage.

This wasn't necessarily a problem with Ford’s design, just these aftermarket cleaners that some people can buy we're clearly not designed to be used with Ford's engine. Ford's solution was that you just use high quality fuel all the time and you wouldn't have to worry about needing to put these extra cleaners through your engine to help keep your intake valves running at optimum. Additionally, Ford released newer PCV parts and calibrations that would reduce the crankcase vapour in the intake to help ameliorate this problem.

In the year 2013 several Ford owners filed a lawsuit in Columbus, Ohio alleging that their EcoBoost 3.5 L V6 engines misfired and lost power because of moisture in the intercooler. As we mentioned, that was a known issue for some drivers with their EcoBoost engines. The lawsuit went on to say that the problem affected every EcoBoost engine, not just the 3.5 litre and that the National Highway Traffic Safety Administration has received over 100 complaints about the same problem.

The plaintiffs said that Ford knew about potential stalling and excessive shuddering as a result of the problem and they had released some technical service bulletins to dealers so that they could deal with a problem if owners came in complaining of the issue. A technical service bulletin is issued rather than a recall in many instances if the problem isn't big enough to merit a recall, and there are repairs that can be done at a dealership to make the problem go away for drivers who complain about it.

A second lawsuit was filed in Louisiana relating to the same issue that got the National Highway Traffic Safety Administration to actually get around to investigating the problem. Again, because Ford had issued technical service bulletins that acknowledged this was a problem for some drivers, it gave credence to the complaints by these drivers that there was an issue that needed to be looked at. That said, even though 100 drivers did complain about the issue to the National Highway Traffic Safety Administration, when you remember that there are hundreds of thousands of these engines installed in vehicles across America the number is arguably statistically insignificant and is probably why Ford didn't go ahead with any kind of recall and simply issued the technical service bulletins so that, if drivers did have this issue pop up, the repair crews at dealerships with know what to do about it to fix it for those specific individuals for whom it was a problem.

Technical service bulletins are issued on a very regular basis my all kinds of manufacturers, and some vehicles will have hundreds of these TSBs issued over the life of the vehicle for problems that pop up for a handful of drivers but not in significant enough numbers to merit that the entire production run of a vehicle be recalled to address whatever the problem might have been.

Even though these lawsuits were filed years ago, there doesn't seem to be any follow-up that you can find which indicates either the lawsuits were settled where they ended up being dropped and did not proceed any further. Again, since Ford didn't issue a recall, nothing terribly significant came from them.

Even though we have a list of problems associated with the 3.5 L EcoBoost engine it's worth remembering that these are just the few problems that have been reported with what is otherwise a remarkably consistent and reliable engine. Ford 3.5 L EcoBoost engine is not riddled with problems to such a degree that it's worth avoiding by any means. In fact, for the vast majority of drivers on the road this engine has proven to have an extremely long life and been relatively problem-free compared to most others in its class as well. If you're looking for a vehicle with a reliable engine that performs well, is good on gas compared to others in its class and has reduced emissions than the Ford 3.5 L EcoBoost is a great choice. The bottom line is that the Ford 3.5 litre EcoBoost engine is a good engine.