Engine Knocking Causes: What Are They and How Can You Fix Them? 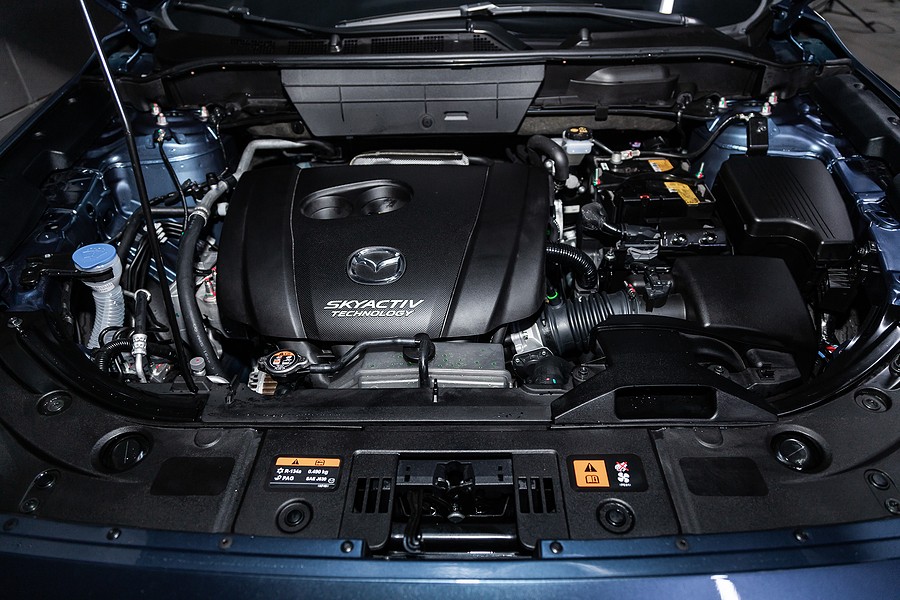 When you start up your car and begin driving it around, one of the last things you want to hear is a weird sound coming from the direction of your engine. The only thing you want to hear coming from underneath the hood of your car is the gentle purr of your engine. If you hear anything else, it could be a major cause for concern. Many car owners experience what is called engine knocking and there are lots of different engine knocking causes that can be behind it. Let’s learn a little bit more about engine knocking and discuss the things that could lead to this particular issue.

First, What Is Engine Knocking?

Prior to talking about the different engine knocking causes that you’ll need to worry about when you own a car, it’s important for you to wrap your head around what engine knocking actually is. Engine knocking is, as its name would suggest, a condition that causes the engine in your car to emit a series of “knocking” sounds. There is no mistaking these sounds as they’ll often send shivers up and down the spines of vehicle owners when they make their presence known.

Whatever the case, you shouldn’t ever ignore engine knocking. It’ll often present itself in the form of a loud knocking sound. But you might also have an engine knock if it sounds like your engine is tapping or pinging over and over (and over!) again. You’re going to want to find the source of engine knocking and fix it immediately to prevent further engine problems down the line.

What Are the Common Engine Knocking Causes?

As you can see, it’s not all that difficult to identify what engine knocking is. Bottom line: If you hear loud sounds coming from your engine, it’s likely that you have an engine knock on your hands. But identifying the specific engine knocking causes can be trickier. It can be difficult figuring out what’s causing engine knocking so that you can fix the issue and move on.

Generally speaking, you’ll usually experience engine knocking because the fuel that you put into your vehicle is igniting too soon once it reaches the cylinder inside of your engine. By igniting ahead of schedule, it results in the piston in your engine misfiring and throwing off the timing off everything else in your engine. The piston ends up sending a backward thrust towards your engine’s crankshaft, which then messes with your engine’s momentum and results in a loud knocking sound in your engine. It’s not a pleasant problem to have.

1. You’re Using the Wrong Fuel in Your Car

Most people don’t spend nearly enough time considering which kind of fuel that they put into their vehicles. More superficially, they don’t always spend time learning about the octane ratings of different fuels and choosing the right one for their specific vehicles. They sometimes stick a fuel that has a lower octane rating than they need into their cars and then wonder why they’re having engine troubles.

Putting the wrong fuel into your vehicle is one of the most engine knocking causes. If you use a fuel that has a lower octane rating than what your car needs, it will result in the fuel burning up way faster than it’s supposed to. When it does this, you’ll hear engine knocking and think that there is something seriously wrong with your car.

2. You Have Carbon Buildups in Your Engine

Over time, it’s not all that uncommon for carbon to buildup inside of the cylinder in a car’s engine. This carbon can hurt a car in a couple of different ways and cause engine knocking. It’s why car owners need to work hard to steer clear of allowing carbon to build up in their engines over the years.

First and foremost, carbon buildups can cause a lot of pressure in an engine’s cylinder, and that pressure can be one of the engine knocking causes. The pressure will make the fuel in an engine burn up quickly, thus leading to knocking sounds. But that’s not the only way in which carbon buildups might take a toll on your car.

Carbon buildups have also been known to create “hot spots” in a car’s engine. These hot spots will, much like the pressure that carbon buildups create, cause fuel to burn up faster than anticipated. When this happens, it won’t be long at all before it turns into one of the main engine knocking causes.

3. You Don’t Have the Right Spark Plugs in Your Car

Did you have a professional install your spark plugs the last time you had your car tuned up? If you decided to tune your car up yourself rather than turning to them for help, you may have inadvertently put the wrong spark plugs into your car and created a catastrophe. Another one of the big engine knocking causes is the improper installation of spark plugs.

4. You Have a Fuel Injector That Isn’t Working Properly

5. You Have a Faulty Valve Near Your Engine’s Cylinder Head

Your fuel injector isn’t the only part in your car that will play a pretty vital role when it comes to your engine getting enough air and fuel. There is also a valve located near your engine cylinder head that is in charge of regulating how much air and how much fuel are able to work their way down to the cylinder. At times, this valve might struggle to open and close.

If the valve isn’t operating at full capacity, it could very well throw off your fuel injector and serve as one of the engine knocking causes. Your engine will be getting different amounts of air and fuel than it needs, and that will inevitably lead to engine knocking at some point.

6. You Have an Engine Rod Knock

In an almost worst-case scenario, the engine knocking that you hear won’t be directly tied to the fuel in your car at all. You might instead develop what is called an engine rod knock that can be a very serious issue.

Engine rod knock sets in when the rod bearings in your engine break down and aren’t able to control the piston rod in it like they’re supposed to. The crankshaft will stop spinning like normal when this occurs, and the piston rod will start to “knock” up against the crankshaft. This is easily one of the most serious engine knocking causes of all.

How Can I Fix Engine Knocking?

Now that you know the various engine knocking causes and have a better understanding of what might be behind the knocking sounds coming from under your car’s hood, you need to know how to fix them. It’s essential for you to put engine knocking to a stop ASAP.

You might need to consider hiring a mechanic to tackle a much bigger repair job. If you have engine rod knock going on, that’s going to be a job best left to someone who has extensive experience working on car engines.

How Much Is It Going to Cost to Repair Engine Knocking?

At this point, we know what a lot of you are probably wondering: “What is fixing one of the engine knocking causes going to cost me?” It’s a very valid question, but it’s also a question that is almost impossible to answer since the answer could vary wildly.

Let’s say that the problem is that you’re using the wrong fuel in your car. That’s an issue that isn’t going to cost you much than whatever you have to pay for your next tank of gas. By putting fuel with a higher octane rating into your car, you can clear up the sounds coming from your engine once and for all.

But let’s say that you have a more serious problem like engine rod knock going on. That’s not going to be anywhere near as inexpensive. You’re likely going to have to pay somewhere between $2,000 and $3,000 to make this problem go away for good. It really all depends on which engine knocking causes are giving your car fits.

Is Repairing Engine Knocking Worth the Cost?

If you have engine knocking going on, it’s not a problem you should put to the side and come back to later. It’s one that will need to be addressed right away. A mechanic will need to check out your car to see which engine knocking causes are presenting you with problems. You can then determine if it makes sense to fix your car.

If repairing engine knocking is as simple as having a tune-up done, you shouldn’t think twice about taking repairs on. You can usually tune-up your car for just $200 or so.

But if you have an issue like engine rod knock and your car isn’t worth much anymore, it might not be smart to dump thousands of dollars into it only to have another problem pop up in the near future. You should calculate how much your costs are going to be and compare it to the value of your car so that you’re able to make an educated decision in the end.

Can I Sell a Car With Engine Knocking?

If you figure out the engine knocking causes that are affecting you and decide that the problems with your car aren’t worth fixing, you might kick around the idea of selling your car. This is a great idea, even though you might be worried about how you’re going to sell a car with major issues.

Cash Cars Buyer is here to help! We routinely buy junk cars, including cars with engine knocking. We can pay you top dollar for your car and prevent you from having to worry about dealing with engine knocking on your own. It’s the simplest way to sell a car that’s in need of major repairs.

Contact us today for more information about selling a car that is experiencing engine knocking.