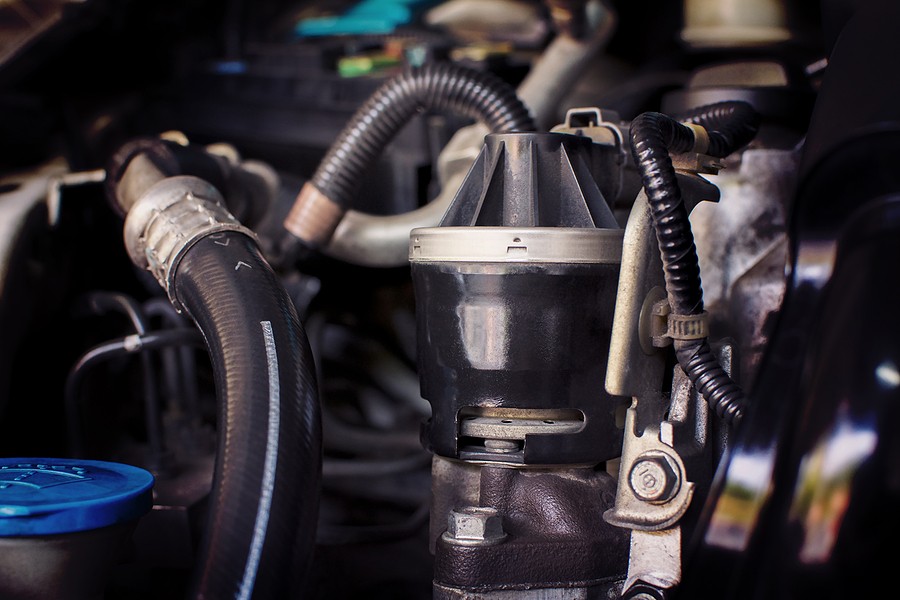 The EGR valve in your vehicle, also known as the exhaust gas recirculation valve, is not necessary for your vehicle to run properly and therefore a lot of people don't think they need to get it replaced when something goes wrong. Yes, your car can run without it, but it should not run without it. It will cost you between $150 and $700 to get your EGR valve replaced by a mechanic. If you're interested in just getting the parts on your own, you can head to AutoZone and buy a new one at prices that range from as low as $40 to as high as $500.

As with any repair job, the price will definitely vary depending on where you are and the make, model, and year of your vehicle. For instance, you won't find an EGR valve in many cars that were made before the 1970s. Likewise, many newer vehicles don't actually require EGR valves any longer as technology has improved to the point where other systems are able to handle the same function.

As you've no doubt noticed trying to get any previous repairs done, mechanics even within your own town can charge quite a range for the same services. This will also have a lot of variation from one side of the country to the next. And of course, a very common vehicle like a Chevy Cavalier will be easier to get parts for then something like a Bentley Mulsanne. The rarer and more high-end that your car is, the more likely it is that the parts for it will cost you more and the repairs will cost you more as well.

We always recommend doing your due diligence before agreeing to any repairs for a mechanic. If you don't already have an established relationship with a mechanic that you know you can trust, who's going to give you good service at a fair price, then you need to do some research. Whether that means getting recommendations from family and friends, or just heading to the Internet to read some reviews is up to you. It's always best to be sure that other people have had a good experience with a mechanic before committing to any repair job.

Sites like Google and Yelp are very handy when it comes to this. If a mechanic has at least a few dozen reviews, you should be able to get a sense for whether or not they are trustworthy and offer good service at a good price. No business has 100% good reviews, but if they averaged towards beings atisfied then it's probably a safe bet that you could trust that person.

Regardless of the reviews and recommendations that a mechanic has, it's still best to get a few estimates from different places so you know what you're dealing with before agreeing to repair an EGR valve. That's just good sense and it applies to any repair that you might get done. It never hurts to be as informed as he possibly can be when it comes to car repairs.

What is An EGR Valve?

As your engine burns fuel, when the temperature gets high enough, and we're talking around 2,500 degrees Fahrenheit, it starts producing nitrogen oxides. This is because your engine intake manifold draws air in from all around it. The air we breathe every day is only about 20% oxygen and most of the rest is nitrogen and a few other gases in very small amounts. Nitrogen oxides are extremely bad for the environment. The way you can prevent them from being produced in your engine is to keep the combustion temperature down. This is where the EGR valve comes into play.

As you can imagine, when your EGR valve doesn't work, then this whole reaction is not able to take place. When it starts going wrong, that means it could be putting the carbon dioxide gas back into the combustion chamber in the incorrect amounts, or at an incorrect time. It could also mean that there is no CO2 being reintroduced to your combustion chamber at all, so that the combustion reaction will get too hot and you will end up producing those nitrogen oxides.

One thing that you should be aware of is that your EGR valve has ports in it that can get clogged with debris and particulate from your exhaust. You don't always necessarily have to replace an EGR valve if it could be simply cleaned so that it can continue to function properly. Whether it needs to be cleaned or replaced will require an inspection to make that determination, however.

When your EGR valve is no longer working the way, it's supposed to be there are a handful of signs that you could be on the lookout for it. Obviously, when you're dealing with your exhaust system, there could be a few different causes for these problems. But if you're noticing any of these symptoms than the EGR valve is a good place to take a look at first to determine if it is the cause.

Can I Replace My EGR Valve?

In terms of DIY car repairs, we would consider replacing the EGR valve in your vehicle something of an intermediate skill level. If you've never done any repairs on your vehicle in the past, we don't recommend starting with the EGR valve replacement. It's definitely possible that you could get it done, but if you aren't comfortable working on your car, this may not be the best place to start. That said, it's not the most difficult task by any means and will likely only take a couple of hours if you want to get it done.

As with any repair job, we always recommend that if you've never done it before you check out some guides online. There are plenty of walkthroughs that can show you the step by step process of replacing the EGR valve in your vehicle. As we mentioned earlier, you can buy the part on AutoZone for anywhere from $40 to $500. you need to make sure you have the correct part to fit your vehicle however, and it can be hard to figure out which part goes with your vehicle if you're not familiar with shopping for car parts like this either.

If you're not sure, you can always check with a manufacturer or call customer service at where you buy your auto parts from to find out from them which part is going to fit your make and model of car.

On top of checking out a guide that walks you through it, we also recommend checking out some videos on YouTube that show you the process of replacing the EGR valve firsthand. There are a number of very skilled mechanics who have developed quite a following on YouTube because they are able to clearly and concisely explain how to do any repairs for your vehicle. Reading it can be enough for some people, but there's no substitute for actually seeing a skilled mechanic perform the repair firsthand.

An EGR valve is not a critical component of how your vehicle operates. For that reason, you may be tempted to let it go if you start noticing some of the symptoms that it's failing. After all, it can be a bit of a costly repair to get it done as we've seen. And even if you want to get it done yourself, the part is going to cost you a few dollars and you're going to be spending a couple hours of your time to get it done.

The fact that it's not integral for your car’s operation should not stop you from getting it repaired. There's a reason that these valves have been included in vehicles for as long as they have. It's important for reducing pollution which is everyone's responsibility. Imagine what would happen if no one had an EGR valve on their vehicle and we were driving around like that.

It could also be a health and safety concern for yourself as we've seen. If your car starts burning fuel too rich, and he's there getting the smell of gasoline in your vehicle as you're driving, this could make you very sick if you want to go for too long. Not to mention the fact that you're going to end up spending a lot more money on gas, which can really add up over time if it's not taken care of.

When your EGR valve fails, get it taken care of as soon as you can.