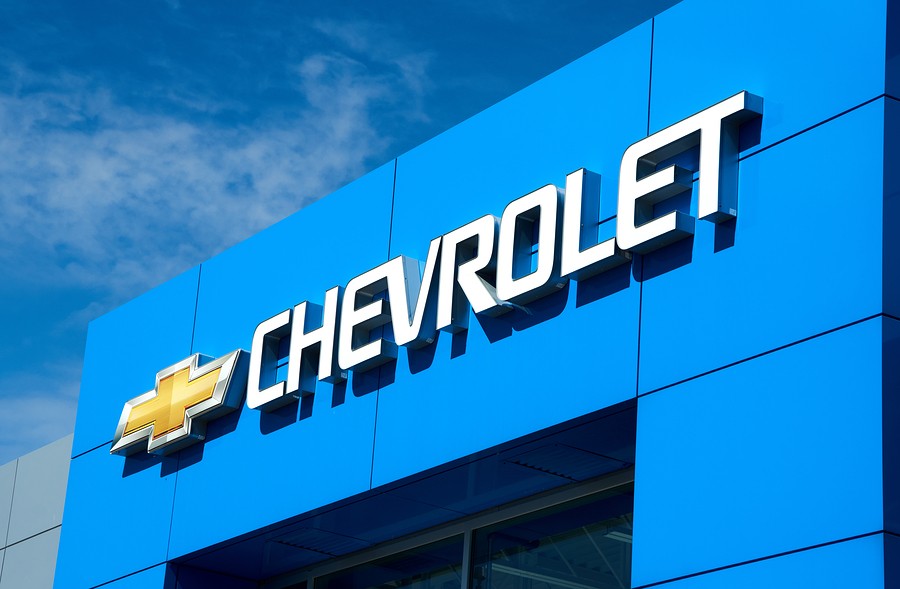 Have you ever heard of the Chevy shake? If you Google the term right now you'll get over 6 million results. That said, if you have a Chevy there’s a good chance you’re already well aware of what the Chevy Shake is as you may have already run afoul of it or been told about it by other drivers who have had to put up with the headaches, sometimes literally, that it can cause. If you don’t have a Chevy but are in the market for one, then it's definitely something you’re going to need to know about. Here’s everything you need to know about the Chevy Shake and what you can do about it.

Why Does My Chevy Shake?

Many drivers of Chevy and GMC vehicles have noticed that their SUVs and trucks have developed a distracting cabin vibration along with noise that occurs in vehicles when they hit 35 miles per hour. This occurs in even brand new vehicles that have under 1,000 miles on them.

While Chevy has long disavowed any such shake or said any vibration is within normal driving parameters, many drivers of their trucks and SUVs have told a different story. The higher the speed, while still within speed limits, the more severe it can get to the point that windows and cups in the cabin may shake uncontrollably and the sound is deafening.

What is Chevy Wind Buffeting?

A phenomenon called wind buffeting, what GM tends to refer to as “body pressure booming” is also a symptom of the Chevy Shake. You may have experienced this in a vehicle when you drive at speed and open a window. The sound in the car becomes extremely loud and annoying, and you feel a pressure build up that can only be evened out by either opening another window or closing all windows. The problem in a Chevy Shake situation is that it happens even when the windows are all closed, making it impossible to resolve. For many drivers the fact that this happens every single time that they drive in their Chevy is too much to bear.

The vibration and body pressure booming are more than just a casual annoyance when driving. Many drivers have reported physical discomfort and sickness as a result of being exposed to these over long durations. It has led to nausea and dizziness among drivers. You can imagine how this could be a serious problem if you suffer a bout of dizziness while driving down the highway and have no way to alleviate it short of stopping the truck.

GM has issued numerous bulletins and potential fixes ranging from wheel balancing to active fuel management to exhaust back pressure valves. They considered the issue resolved in 2015 though owners have shown it has persisted even to the present day. According to many drivers in 2020 this is still very much a problem.

Why Does My Chevy Shake at Idle?

If your Chevy truck shakes while you are idle it’s not the same thing as the “Chevy Shake” that has plagued some owners. Older models seemed to have an issue with their Vortec engines that caused an otherwise problem-free shake at idle. It was not significant or damaging in any way and didn’t lead to the feelings of sickness associated with the body pressure booming phenomenon. If you have an idling shake with a more current model that is a cause for concern, it would be best to take the vehicle in to get serviced as this isn’t a particularly known issue.

We cover a lot of the typical reasons for a car to shake while it idles over here so you'd do well to have a look if you feel like your Chevy is suffering from this problem.

None of these problems that shake your vehicle at idle are unique to Chevy vehicles, and that means this is not a part of anything colloquially referred to as the Chevy Shake. That doesn’t mean these are not cause for concern, some of them can be very serious and may bring with them large repair bills or the potential for dangerous side effects, but it does mean they are problems of a different nature.

Why Does My Chevy Shake When I Brake?

Much the same as a shake that occurs when you are at idle, if your Chevy shakes when you brake it is an issue that is somewhat different than the “Chevy Shake” the vehicles are infamous for. The cause of a vehicle shaking when you brake is not an affectation of Chevy vehicles and may apply to any number of makes and models. Of course, if you do have a Chevy you may coincidentally suffer these same problems.

Shaking that occurs only when brakes are applied could have a handful of causes.

As you can see, most of the issues that come from shaking while braking or very much brake related and are not exclusive to Chevy, so they can’t really be considered part of what we mean when we talk about the Chevy Shake.

Was There a Chevy Shake Recall?

Even though the Chevy Shake class action suit points the finger squarely at the aluminum driveshafts as the cause of the problem, GM has never issued a recall regarding this part and does not acknowledge it’s even an issue. That’s why the lawsuit has moved forward.

The best GM has done so far is issue a number of preliminary information bulletins which detail their suggestions for fixes but none of them acknowledge a widespread problem nor have the solutions been very useful to many drivers who still feel like this is a major problem.

A class action lawsuit representing many drivers was filed against Chevy and GMC related to the Chevy Shake. You don’t need to contact a lawyer if you’ve dealt with this issue as, should the outcome be in the favor of the consumer, you’ll be able to file a claim at the appropriate time. According to the lawsuit, many Chevy drivers have suffered this serious shaking issue that is caused by faulty transmission. Those who have replaced their aluminum, factory-made drive shafts with replacement steel versions reported the issue totally resolved. The lawsuit further alleges that Chevy has known of this problem for years but either refused to properly address it or simply replaced the parts with equally malfunctioning parts.

Lawyers are no longer seeking input from drivers but you can follow the lawsuit progress on ClassAction.org if you have one of these models and want to keep up to date. GM does not accept the premise of the lawsuit and believes it is a case of overreaching on the part of the plaintiffs. It is possible that GM will win the suit, and nothing will come from it for those who feel the Chevy Shake is something their vehicle suffers from.

What is GMT K2XX?

You may have seen the code GMT K2XX associated with the Chevy Shake in the past. That code is the assembly code for the vehicle platforms GM designed for trucks and SUV starting in 2014. These are the vehicles prone to the Chevy Shake and many people feel it is a flaw unique to GMT K2XX that causes it.

How Do I Fix My Chevy Shake?

A plaintiff in the lawsuit against Chevy for the Chevy Shake claims that in an effort to repair the shaking issue they paid for new tires, rotors, brakes, realignment and re-rounding of the rims. After spending nearly $2,200 for the repair, the issue was not resolved. A subsequent re-alignment and rebalancing also failed to fix the problem.

The only definite fix so far has been having a custom-made steel driveshaft fitted to the vehicle. This can be a costly and time-consuming fix, which in part is what the class action lawsuit is about. Chevy is said to be aware that this is an issue but will not reimburse owners for the cost.

It’s worth noting that not every Chevy suffers this problem and, in fact, most drivers of Chevy vehicles report no problem whatsoever.

If you are experiencing the Chevy Shake in your own vehicle, you may wish to hold off on any expensive repairs such as replacing your aluminum driveshaft with another aluminum driveshaft, new rotors, and realignments of the wheels. History has shown that these repairs are not going to fix the problem and will just put you out of pocket a substantial sum of money while leaving you with the same annoying problem.

Your best bet is to speak to a competent mechanic who is fully aware of the history of the Chevy Shake and how it affects Chevy vehicles. They will be better able to properly diagnose the issue to determine whether this is truly the Chevy Shake or more of a coincidental problem.

Is it Safe to Drive with the Chevy Shake?

For many drivers, driving around and dealing with the Chevy Shake is a matter of personal tolerance. It does not manifest in precisely the same way in every vehicle, and in some it may just be a mild annoyance. There has been little evidence that it causes catastrophic malfunctioning in any vehicles, so technically they are still driveable. That said, the physical symptoms of body pressure booming are not tolerable for some drivers at all. Dizziness and nausea are not just uncomfortable, they could be enough to cause you to lose track of what you're doing behind the wheel. For that reason, the Chevy Shake could very well lead to accidents and potential loss of life.

If you’re shopping for a new Chevy vehicle, you need to be aware of how potentially dangerous and annoying this issue is and that Chevy and GM have yet to adequately address it based on evidence from numerous drivers. But at the same time, this seems to only affect a minority of vehicles overall and most Chevy drivers report a good experience with a reliable vehicle. Chevy sold over 575,00 Silverados in 2019 alone. So, the Chevy Shake, spanning across 6 different models, is an extremely rare phenomenon that seems to affect a handful of vehicles out of literally millions. It’s up to you to decide if it’s worth the risk knowing there may be no easy fix if the problem arises.