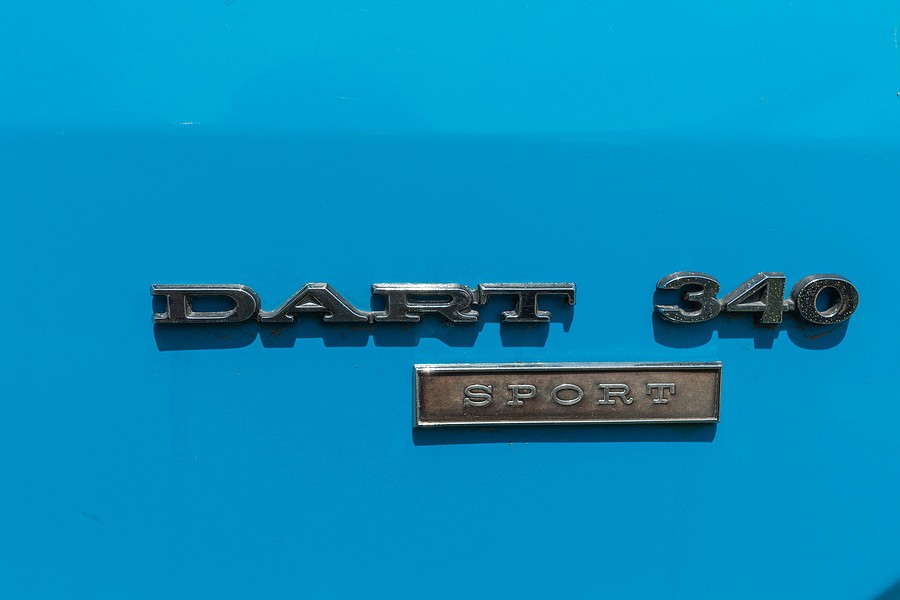 Dodge is a popular and well respected American brand of automobile manufacturer by FCA US LLC, based in Michigan. Dodge vehicles focus on performance cars, but have also focused on mid-priced brands for most of its lifespan above the Plymouth, a brand of automobiles produced by the Chrysler Corporation.

Founded originally as the Dodge Brothers Company in the early 20th century, Dodge was first designed to be a supplier of parts and assemblies for automakers in the Detroit area. Beginning in 1914, they began building complete automobiles under their own brand name, predating the foundation of the Chrysler Corporation.

After this, Dodge branded vehicles consisted of trucks, full sized passenger cars, and performance vehicles that have taken the world by storm. Although Dodge is a reputable and high-quality car corporation, they have still churned out some models that we would rather not buy. Take for example, the Dodge Dart. This model has had a whole host of problems throughout the years.

Overall, the worst problem category within this model is the Dodge Dart engine problems. Although the 2013 Dodge Dart has the highest number of overall complaints from users and the NHTSA, some companies rate the 2014 model as the worst Dodge Dart production, due to the higher repair costs, the onset of the problems, and the low mileage at the time of the beginning of the issues. The most reported problem of the Dodge Dart model is the engine stalling or dying while driving in the 2014 Dodge Dart.

The Dodge Dart problems really started in 2013, with an extremely high rate of both user and NHTSA complaints that plagued this entire model year. Not to mention, there are also 5 common issues with Dodge Cars, that can show itself in this model as well. The first is that the car can potentially roll away, due to the complicated gear shifter, there is a low mileage engine blow-out, the fragile dashboard can cause damage, rust can occur in the car, and there might be a wobbling front end. The highest categories for user reports come in the engine category, with 74 user complaints, followed by interior accessories and transmission.

The engine issues in the Dodge Dart mainly focus on the check engine light coming on, the engine running rough, the engine dying, the car revving while you are trying brake, the car not restarting after being turned off for a short period of time, a burning smell coming from the engine, the engine surging while accelerating, excessive oil consumption, a faulty ignition coil, and the car stalling during acceleration.

The most user complaints have dealt with the sun visor breaking, a blank display screen and a lack of accessory control, Bluetooth and phone sync not working, the radio shutting off randomly, the radio not working, the service transmission light illuminating on the dash, the navigation not working, the reverse assist screen not showing the correct picture, and the car being stuck in gear and not being able to shift.

The sun visor breaking is a relatively inexpensive fix, which is great for users and owners, coming in at just $100 as an average repair cost. The most common solution is to replace the visor. Although this is inexpensive, it is an annoying thing to continually happen in your Dodge Dart and occur at just 36,000 miles.

NHTSA has made various complaints about this model of the Dodge Dart, and mainly focuses on the drivetrain. The main issue focuses on the powertrain, resulting in 10 crashes, 4 fires, 2 injuries, 2 deaths, and occurring at around 44,000 miles. Users have reported that the car is limited in moving, lost the gears completely, the vehicle experienced failure, the check transmission light came on and stopped working, and the vehicle shifted into neutral without warning.

The braking issues within the 2013 Dodge Dart refer to the service brakes and the electronic stability control. These Dodge Dart problems have resulted in 26 crashes, 3 fires, 9 injuries, and occur at around 28,000 miles, with a severity rating of 10 out of 10. Users have reported that there was a loss of power, the ABS module not communicating with the vehicle’s on board computer, the car not being able to shift into any gear, the emergency brake failing to hold, the brake pedal making noise when depressed, and the emergency brake failing during use.

The NHTSA complaints of the engine have to deal with the engine itself and the vehicle speed control. These issues have resulted in four crashes, seven fires, two injuries, two deaths, and have a severity rating of 10, generally occurring at an average of 34,000 miles. Users have reported that the shifter cable completely came off, the car cannot go in reverse, a loss of power while driving, the car downshifting while driving, the transmission malfunctioning, losing gears, and the lights illuminating on the dashboard.

Along with the highest number of overall complaints for any model year of the Dodge DArt, there have also been numerous recalls for this model – 5 in total.

The first recall dealt with the inoperable parking brake, giving cause for the vehicle to roll when parked, increasing the risk of a crash when you are not even in the car. This affected nearly 50 vehicles and was apparent in 2013.

The next recall was the same year and affected nearly 13,000 cars, referring to the engine having a tendency to stall in cold temperatures. If the engine stalls while driving, whether you are moving slowly or quickly, then this can highly increase the risk of a crash.

The third recall for the 2013 Dodge Dart refers to the air bags might not deploy properly, meaning that in the event of a crash that would otherwise facilitate the air bag deployment, the side air bangs might not actually deploy, leading to an increased risk of injury and occurring in late 2013.

The next recall for the 2013 Dodge Dart is the transmission control module can fail, by shifting into neutral, causing a loss of motive power, and increasing the risk of a crash. This affected nearly 24,000 vehicles and was announced in August of 2015.

Lastly, the power brake booster contamination can lengthen how long it takes to stop the vehicle, meaning you might have to brake a lot sooner than you would expect. This can take drivers by surprise and cause them to not leave enough room when braking, heightening the event of a crash. This affected nearly 110,000 vehicles!

The Dodge Dart has much less user complaints and NHTSA complaints from the previous year, but still was susceptible to pricey repairs, problems occurring at low mileage, and dangerous problems that can affect the safety of the passengers and driver involved.

The main user issues deal with the engine problems, with over 48 complaints. The NHTSA complaints mainly revolve around the drivetrain, the engine, and the electrical problems.

The main user complaints regarding the 2014 Dodge Dart mainly deal with the engine stalling while driving, the engine light turning on, delayed acceleration, excessive oil consumption, engine blowing up, a buzzing noise coming from the engine, and an engine fire.

Regarding the engine stalling while driving, this issue generally costs an average of $420 and the most common solutions are a complete engine replacement, software update, replacing the battery, getting a new belt, or performing an oil change. Users have said that they have replaced the battery, alternator, the cables, and the car will still die. The engine will randomly stall while driving, and the dealership and the manufacturer isn’t doing anything to help with the issue.

The NHTSA mainly has concerns about the powertrain of the 2014 Dodge Dart, resulting in one crash and occurring at an average of 37,000 miles. Users have said that the vehicle has failed to start, the car shudders and jerks while shifting, the transmission independently shifts and turns the vehicle off, and the battery and charging system not working correctly.

The engine issues with the Dodge Dart mainly revolve around the engine and the vehicle speed control. There has been one crash, two fires, and occurs at around 36,000 miles. Users say that the car stops while driving, the power steering cuts out, the car stalls while driving uphill, the car stalls in the middle of traffic, and the car is burning too much oil, causing it to stall and causing a fire hazard.

The NHTSA issues of the Dodge Dart revolve around the service brakes, the hydraulic system, the electronic stability control, and traction control. The issues with the service brakes have caused 8 crashes, one fire, three injuries, and occur at just below 30,000 miles, with a severity rating of 10 out of 10.

Users report that the master cylinder and power brake booster have failed, the brakes fail completely while the car is not moving, the car shutting off while driving, the dashboard lights turning on without anything happening in the car, the emergency brake seizing up while using, and the parking brake not working correctly.

As we know, the 2014 Dodge Dart problems have made this an unreliable and untrustworthy car for anyone to have, due to the fire potential, the engine issues, the electrical problems and the issues with braking safely. Along with these numerous issues, there have also been recalls issued for the 2014 Dodge Dart.

The second recall referred to the power brake booster contamination, with internal damage to the brake booster resulting in a loss of brake assist, lengthening the amount of time that it takes for your vehicle to come to a complete stop, increasing the risk of a crash and making it more difficult to stop quickly and sooner. Dodge Dart vehicles that are equipped with a 2.0-liter or 2.4-liter engine can cause engine oil from the vacuum pump to seep into the brake booster, damaging a component with the brake booster. This happened in late 2015 and affected over 105,000 vehicles.