Dent Repair Cost – How Much Will It Cost To Repair a Dent To My Car? 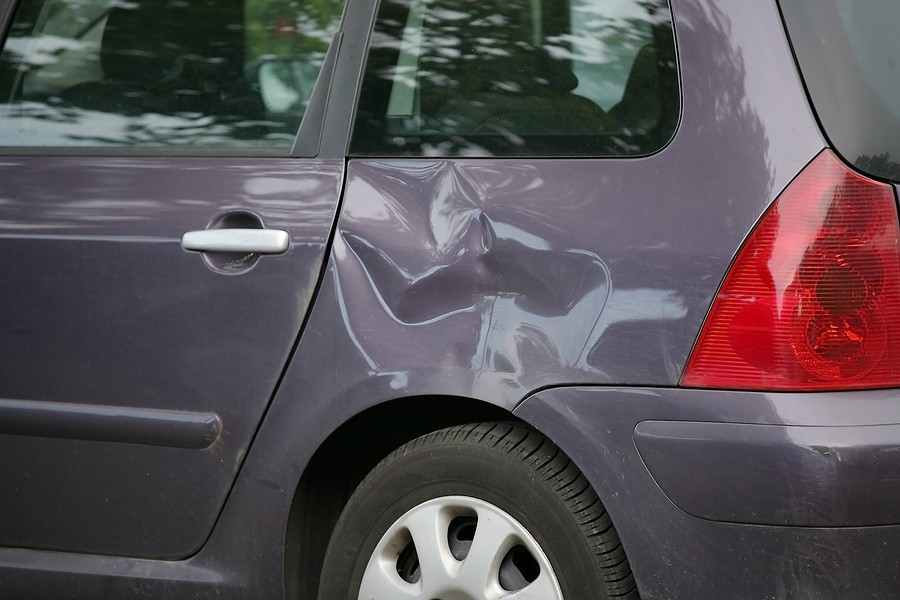 It’s a part of having a car. Someone drives past your vehicle, and you get a scratch. The paint comes off, and you need to repaint your car. In worse scenarios, a car, a person, a bike, or a foreign object dings into your car and a dent forms. This unfortunate accident requires dent repair in order to get your car back to looking brand new. The average dent repair cost is between $125-325.

So That’s The Average Price. Can I Find an Inexpensive Solution?

Fortunately, dents can be repaired pretty easily to rejuvenate the look and style of your car. Dent repair can sometimes come across as a daunting and unnecessary task, but you can find solutions that are inexpensive and lower the dent repair cost. There are even certain sites that can help you determine a quote for a dent repair cost estimate. We have highlighted some of the factors which influence the dent repair, factors that influence the cost, the methods of repair, and some of the costs you’re going to be able to expect when repairing the dent on your car.

What Is Traditional Dent Repair?

What is Paintless Dent Removal?

An alternative to the typical way of repairing a dent involves combining repainting with some additional body work to the exterior of the car. This method is less invasive than the more traditional option and shows less evidence over time of bumps and dents occurring on your vehicle. Despite taking less time than most body work, the paintless dent removal repair process requires some thought and process before performing.

In order to fix the dent properly, you’ll need to push the exterior body back into the correct position. This requires gaining different angles and identifying the shapes and contours of the damage done on your car. After mapping out the specific area, the technician that you have chosen will be able to perform the paintless dent removal repair.

What Are The Paintless Dent Repair Advantages?

In addition to the ability of the paintless dent repair to work for various sizes of dents, this method can also ensure that your vehicle retains the paint that is already on the car, keeping the price value of your vehicle high, and ensuring that there wouldn’t be extra costs for the paintless dent repair. Lastly, your car will have more of a chance to look like it did before, without any issues with new paint, or leaving your car in a dented condition.

What Are The Steps to Performing Paintless Dent Removal?

There is a certain process to follow when performing a dent repair. More specifically, the paintless dent repair is both cost-effective and provides great results when done correctly. There are three key steps involved which can help you save some money and cut down on your dent repair cost.

First, you need to assess and evaluate the damage done to your car. The technician will first note the location of the dent, and see the size and shape, seeing how big it is and the placement. Most dents can usually be repaired using this paintless dent repair removal method.

Second, the technician will need to be able to fully access the dent. This requires the technician to sometimes remove some of the accessories of the car. They needed to remove the body panels, lights, or interior panels to be able to have full access and gain the necessary angle to complete the dent repair.

Last, the technician will need to use special tools and a substantial amount of pressure to remove the dent. This is typically done by pushing the metal into position.

What Factors Influence The Cost of a Paintless Dent Repair?

If you have decided that the cost of a paintless dent repair is the best method for you when compared to the process and the costs of traditional dent repair, you should be aware of the factors which influence the price of this process. Every situation is different, so the following characteristics are important in determining if the cost is right for you.

First, the number of dents influences the cost of dent repair. If there are several dents, it will take the technician more time and effort to repair them. Since the cost of labor will be higher, the overall dent repair cost will go up as well.

Second, the size of the dents can influence the dent repair cost. The smaller ones are easier to repair since they take less effort and force than the bigger ones. The smaller ones require less of an angle, and typically require the technician to remove less appliances and accessories of the car.

Third, the location of the dents influences the price of the dent repair cost. The areas that have hail damage, for example, are harder to reach. This makes the process more time-costly, and can drive up the price due to the higher labor cost. The hard-to-reach spots will typically require the technician to work harder and smarter, making the dent repair cost higher than the easy-to-reach places.

Lastly, the type of car is influential in how much the dent repair cost will run. Some technicians will need to be especially careful when dealing with certain cars to make sure they do not damage any other parts during the dent repair. In addition, there are specific aluminum or steel cars that need more specialized repairs.

What Are The Usual Costs You Will See With Paintless Dent Repair?

However, the dent repair cost can depend on the location of the dents as we have learned. The typical pricing structure is around $75-$125 for dents and dings on the door. Bigger dents, which usually arise from foreign objects and collisions, can usually run between $150-$300. The price of the collision dent repair depends on the size, location, and how deep the dent is in the car’s exterior. Lastly, hail damage is unfortunately a common cause of extreme dents in cars. The average hail damage repair costs about $2,500. You can save on this dent repair cost by purchasing comprehensive coverage.

You can usually separate the costs associated with paintless dent removal into three categories: minor, moderate, and major. Depending on the damage done to your car and using the other factors we have mentioned, such as size of the dent, location of the dent, type of car, and number of dents can all influence which category your car will fall into.

Hail that is typically less than the size of a quarter produces dents that are very small and require little time and effort to fix. The limited amount of manual labor needed to fix these dents sometimes don’t even require a technician, and can be done at home with the proper equipment, if you decide to go to an auto body shop, this dent repair cost will be anywhere from around $50-$200.

Moderate damage is typically done by hail that is 1-2 inches big. This can also be done by other factors such as foreign objects that are somewhat small, like golf balls or small dings to the car. The bigger-sized hail and these objects are big enough that you will need to have the technician perform some extra work to be able to locate and access the dents efficiently. The dent repair cost associated with moderate damage is usually between $2,000-$5,000, which is pricey in terms of dent repair.

Severe dents that could be impacting your car are usually done by large-sized hail and bigger objects, such as collisions or bigger items like a baseball, and cause deep dents in the exterior of your car. The paintless dent repaircost can go upwards of $10,000, but can vary depending on the amount of dents, the location, and the type of car you own. This severe damage is very expensive and definitely requires ample time from the technician of your choice.

What Can’t Be Fixed With Paintless Dent Repair?

Unfortunately, not all damage done can be repaired accurately by paintless dent repair. This method is not the best choice for scrapes and abrasions which have ruined the surface and the color of the paint. In addition, this is also true for chipped, bubbling, or peeling paint, since the paintless dent repair doesn’t deal with the exterior auto body color.

In addition, paintless dent repair isn’t a good choice for scratches caused by foreign objects like rocks or keys. Basically, any damage that has been done to the paint finish which has caused it to be compromised or requiring some repainting renders the paintless dent removal useless.

Where Should You Go For Paintless Dent Repair?

After deciding that you need to get your dents repaired and have determined the dent repair cost, you need to determine which location to go to in order to fix the dents on your car’s exterior. You have three main options for where to go in order to properly fix your car.

Second, taking your car to a large franchise is an alternative to a dealership. There are certain accredited facilities which are well-equipped to take in your car, assess the situation, and produce high-quality work. For example, companies like MAACO are suitable for these types of jobs. These businesses are typically better for detailed and advanced repairs than a small shop. Even though the price may be a bit higher, you need to determine if your dent repair is advanced or detailed, and then decide if the extra cost is worth it.

Last, you can take your car to a small shop for dent repair. These places are usually the least expensive, due to not being a chain and being a smaller place with less people and equipment. Even though these shops are qualified for minor dents, they are usually not the best places to go for more detailed and advanced repairs, higher-quality cars, and for extensive damage.

What If My Car Was Severely Damaged By Hail?

If your car was severely damaged by hail, you have the option to turn in your car to make some extra cash instead of paying upwards of $10,000 for dent repair. Since hail damage can be numerous, all over the car, and on an expensive model, you may have to pay an extremely high dent repair cost to get your car looking back to normal. In this case, it may be more lucrative to take all the non-metal parts from your car, and sell the junk car to CashCarsBuyer for some quick cash!

PrevPreviousSuspension Repair Cost – How Much Does It Cost to Replace The Suspension?
NextSell My Ford – Get Cash For Your Ford Vehicle FAST!Next