Chevy Colorado vs Toyota Tacoma: Which Truck is Best for You? 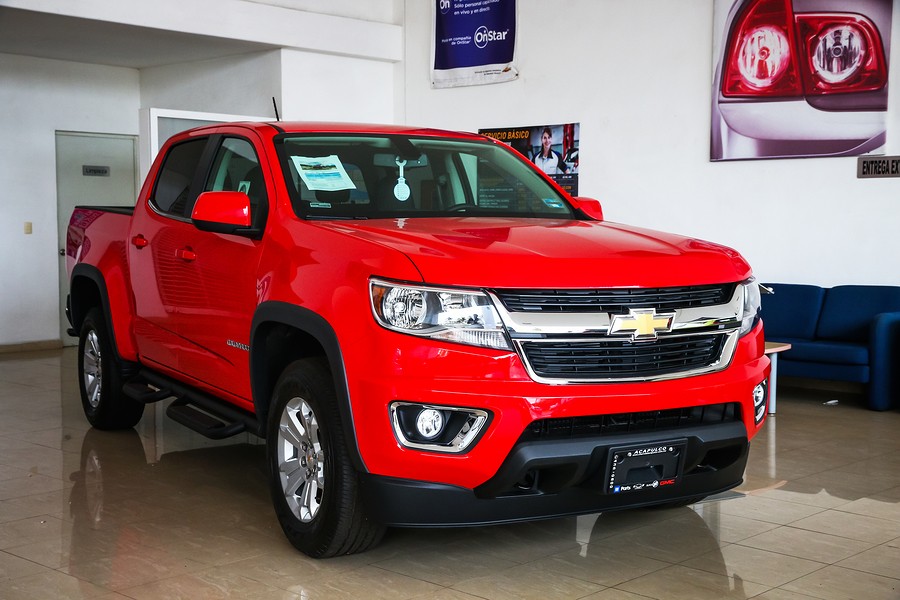 In the battle of compact pickup trucks, it might be hard to figure out which is superior between the Chevy Colorado versus the Toyota Tacoma. Toyota has a history of producing high-quality vehicles and is in fact the best-selling automaker in the world. Chevy has a sterling reputation as one of the Premier American automakers and their trucks are consistently ranked as some of the best on the market. It's no wonder it can be difficult figuring out which of these two vehicles would be the best one to serve your needs. Lucky for you we’re here to help.

Which Truck Performs the Best?

Both the Chevy Colorado and the Toyota Tacoma offer an inline-4 V6 engine. Chevy's is 2.5L and offers up 200-horsepower with the option of going diesel if you want to. The Toyota offers up a 2.7L engine with 159-horsepower.  That translates into 3,500 lb of towing capacity for the Tacoma. The Chevy Colorado pulls out ahead though, literally and figuratively, with a 7,700-pound towing capacity and 1,578 lb payload capacity.

You can boost the Toyota Tacoma up to a 3.5 L V6 engine that puts out 278-horsepower and gives that towing capacity a shot in the arm, boosting it to 6,500lbs. It can also carry up to 1685 lb in the flatbed, but it’s still falling short of the Colorado for towing.

The Toyota Tacoma ranked slightly better overall with an acceptable rating for passenger side crash, which is a step above the Chevy Colorado’s marginal rating. While the structure test was good for the Tacoma, the passenger side restraints ranked poorly. Averaging everything else the Colorado and the Tacoma are about even in terms of safety ratings.

If you're into a more rugged lifestyle, both the Tacoma and the Colorado offer off-road packages and options that will guarantee you can handle whatever terrain life throws at you.

At the end of the day when you're comparing power from one vehicle to the other Chevy is giving you greater towing capacity with slightly less horsepower than the V6 version of the Tacoma. Both offer similar safety capabilities, and both can handle themselves on or off road. The Chevy has a bit of a wider turning radius making it a little more precarious in tight spots, base model to base model Chevy Colorado comes out ahead of the Tacoma by a hair.

Which Truck is Most Affordable?

The Chevy Colorado has a base MSRP of $21,300. That is for the most bare-bones vehicle that they're going to put on the road, however. The Tacoma has a starting price of $26,050. Both Chevy and Toyota offer a lot of extras when it comes to these two trucks though, and it's unlikely that you'd want to settle for just the base model when there's so much else going on. But if you do then it looks like clearly the Colorado is quite a bit cheaper overall then the Tacoma.

Chevy offers 6 trim packages for the Colorado. The most expensive trim is the ZR2 which has a base price of $41,400. Deck it out with the best option packages you can get and you're looking at about a $57,000 truck.

The TRD Pro is the highest trim package that you're going to get for the Toyota Tacoma and that starts with the base price of $43,960. Add in all the potential options and you are looking at a truck that's also going to cost about $57,000.

In terms of fuel economy, you're not getting too much of a difference between the two vehicles. The Chevy Colorado offers a combined average of 22 miles per gallon while the Toyota Tacoma is at 21 miles per gallon.

Repairpal.com offers you information on average repair costs across both of these vehicles based on what other drivers have reported. According to their statistics, in the average year a Chevy Colorado owner it's going to spend about $599 on repairs. Toyota Tacoma owners on the other hand spend about $478 for you on repairs.

Even though you potentially face a slightly higher yearly repair bill for the Chevy Colorado that's a minor expense overall compared to the initial investment and what you're putting into it for gas over the course of a year. Because of that we're going to have to give the affordability award in this match up to the Chevy Colorado. Even though you can flesh out either one of these trucks to a jam packed, high-end vehicle with tons of options and amenities that are evenly priced, you're going to get more for your money out of the Colorado.

Which Truck Has the Best Features?

When you're just comparing base models the Chevy Colorado tends to follow a little bit short of the Toyota Tacoma in terms of features that are offered inside the vehicle. Beyond a power driver seat there's not a lot going on that really makes it stand out. They do take out the slack in terms of Technology though offering an 8-in infotainment screen as well as Chevy's MyLink which offers Android Auto Play and Apple Carplay compatibility. If you sign up for 4G you can use your Colorado as a Wi-Fi hotspot too.

The Tacoma base model only has a 7-inch infotainment screen but if you go up from there to any of the other trims, you will get the 8-inch screen. The 2020 model of Tacoma finally catches up with his competitors and offers Android Auto Play and Apple Carplay compatibility, which hadn't been available in previous years.

When it comes to safety features, the Chevy Colorado offers forward collision alert and lane departure warnings. Those features however, aren't standard, you have to pay for them as options. Toyota absolutely leaves the Chevy Colorado in its dust in terms of safety features. The Tacoma has a litany of features that come standard including automatic emergency braking with pedestrian detection, lane departure warning, automatic high beams, adaptive cruise control and more. There's also blind spot monitoring and rear cross-traffic detection available as well. Toyota has really gone above and beyond on most models to ensure that they give you extensive and high-quality safety features. Chevy just really dropped the ball on this one.

Both the Tacoma and the Colorado have the same three years / 36,000-mile warranty on them. Both also offer the option of bumping that up to a five-year / 60000-mile powertrain warranty.

Toyota really has a sterling reputation for reliability, and it is exemplified in the Tacoma. Chevy, however, has really fallen by the wayside in terms of its reliability reputation in recent years and is pretty much considered an average truck. For those reasons we're going to say that the Toyota Tacoma comes out ahead in the head-to-head battle between which of these trucks offers you the best features overall.

The Chevy Colorado was Motor Trend Truck of the Year in 2015 and in 2016. It's routinely one of the best-selling trucks in America, and it has a reputation for being rugged and durable. The Tacoma outsells the Colorado in recent years and it too has also scored a Motor Trend Truck of the Year award. Feature to feature, performance to performance, these are both great trucks. Both Chevy and Toyota have armies of loyal customers who stand behind these machines and for good reason. Either one would be a good choice for a vehicle, so both could definitely be considered worth your time and money.

Which Truck is the Best Option?

According to JD Power and Associates both the Chevy Colorado and the Toyota Tacoma rank in the top 10 best selling cars in America. The Tacoma ranks 5th and is the most popular midsize truck in the country. The Colorado is the 9th best selling truck in America. With their extensive trim packages you can get anything from a basic model for driving around town running errands, to a serious off-road beast that can handle the roughest terrain you can throw at it, to a powerful workhorse that can handle towing some heavy equipment behind it. As with any vehicle, it really depends on what you want your truck for.

Looking over the rankings that we've established here, it's clear these are both powerful, high-performing vehicles. While the Toyota Tacoma clearly outshines the Chevy Colorado in terms of the features that it offers drivers, you can't deny that the Chevy Colorado offers a more powerful performance, greater towing capacity, and rolls off the lot at a price that is almost $5,000 cheaper for the basic model.

Even though it's clear that the Toyota Tacoma is a great truck and, according to US and world sales, far outsells the Chevy Colorado, we're going to call this one in favor of the Colorado strictly by the numbers. That said, there are cases when the Toyota Tacoma would be a better option for you especially if you are using this as a family vehicle and you're concerned about safety features. Strictly by the numbers though this one goes to Chevy.