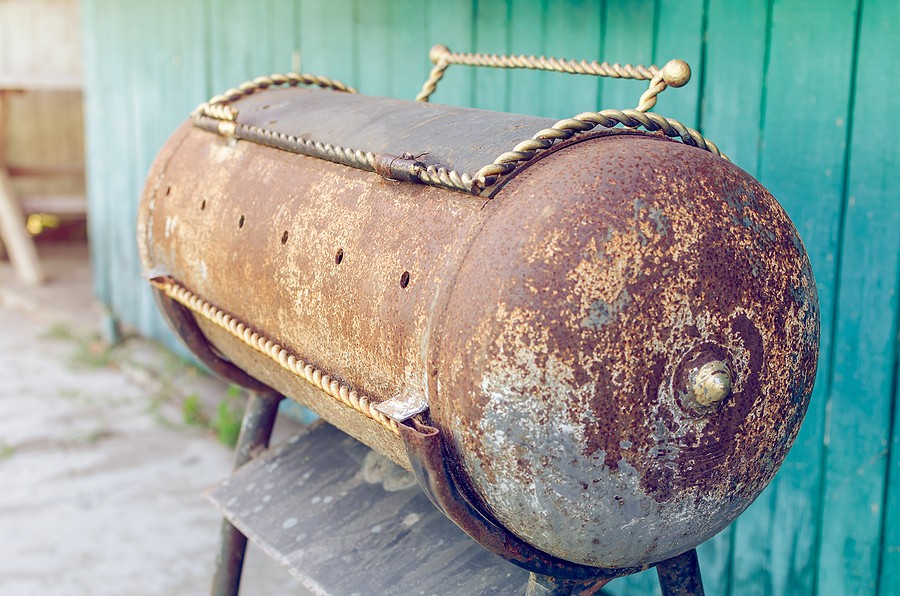 There are a lot of parts in every car that are necessary to keep it running smoothly. Some parts are clearly more well-known than others. Even the newest driver who has the most limited experience with a car knows what the brakes are, what the engine does, what the transmission is for, and so on. As you get a little more advanced knowledge of your car then you'll become familiar with things like a catalytic converter, the heater control valve, the fuel pump and so on. And at some point, you may also come to learn about the charcoal canister.

Obviously, a charcoal canister is a bit more obscure than your car's engine. In fact, there are probably many drivers who have never heard of a charcoal canister before and certainly don't know what it does in the vehicle. Let's take some time to find out what exactly the charcoal canister does, where you might find it in your vehicle, and what happens if it's not working the way it's supposed to, as well as what you can do to fix it.

What Does the Charcoal Canister Do?

The first thing that is important to know about a charcoal canister is that it is often frequently referred to as a vapour canister as well, or an EVAP canister. These three terms mean the same thing so if you see one don't get confused and think it means something else.

The charcoal canister is a component in your car's emission control system. If you've ever taken a look at any kind of filter you use around your home, you probably know that charcoal is an active component in many of them. Water filters use charcoal and even filters in fish tanks use charcoal as well. It's a simple way to remove pollutants from liquids or gases that pass through it. This is no different when it comes to the charcoal canister in your car as well. The canister absorbs fuel vapors that, if the canister were not there, would be released in the exhaust of your vehicle.

The vapors that get trapped in your charcoal canister are they redirected by way of a purge valve back into the engine again. This gives them another chance to be burned so that they will no longer be a pollution risk.

What Happens if My Charcoal Canister is Bad?

If your charcoal canister isn't working the way it's supposed to any longer than the fuel vapors that it's supposed to be redirecting to your engine will instead not be properly purged from your vehicle. That means the gases are going to be released into the atmosphere causing pollution. You can potentially fail your emissions test if you were to get it done with a faulty charcoal canister in your car.

In addition, if your charcoal canister is badly clogged then you may end up getting the smell of fuel filtering into the cabin of your vehicle while you're driving. This can be potentially very dangerous as gasoline fumes can cause nausea, dizziness, and disorientation. The last thing you want to do is find yourself getting woozy from fuel fumes when you're driving down the highway.

If you're noticing the smell of gasoline in the cabin of your vehicle you definitely want to pull over as soon as it is safe for you to do so and then get your car to a mechanic as soon as you can.

Can a Car Run Without the Canister?

It's very possible that you can drive your car without a charcoal canister installed. That doesn't make it a good idea by any means, but it won't disable your car's ability to function in any way if you didn't have one properly installed.

What will happen is that your car's check engine light will come on because there's no canister present. And of course, without a charcoal canister installed in your vehicle then the vapors that it does collect will have nowhere to safely be dealt with. Instead, those vapors will be sent into the atmosphere to cause further pollution. Keep in mind that there are about 1 billion cars around the world right now. If every single one of those vehicles chose to remove the charcoal canister, the amount of pollution being produced would drastically increase.

It may not seem like a big deal if one person doesn't have a properly functioning charcoal canister, but you have to look at pollution from cars as part of a bigger picture. We all need to do our part to make sure we're trying to cut back on harmful emissions whenever possible. For that reason, it is never a bad idea to make sure that your charcoal canister is working properly.

Signs of a Bad Charcoal Canister

Obviously, we've already covered the fact that if your charcoal canister isn't working properly because it's clogged up you may end up with dangerous fuel fumes backing up into the cabin of your vehicle. That's probably the biggest and most dangerous sign that you need to be on the lookout for that you're having a problem with your canister. However, there are other symptoms that you can be aware of as well.

Failed Emissions Test: If you have to go in to get your car emissions tested without a charcoal canister installed, you're going to fail the test. If you live in a state where these tests are mandatory, then you could potentially face fines or lose the ability to legally drive your car until you get the situation resolved.

Poor Performance: When your charcoal canister is working properly the purge valve that is connected to it will redirect to the fumes that it collects back into your engine. All of this has to be precisely controlled by your car's computer. The computer regulates the volume of gases that are being redirected from the canister into your engine. If it's not working correctly then you can potentially throw off the air fuel ratio in your engine which will result in your car not performing the way you expect it to.

If the canister is constantly venting gases back into your engine or if it's not venting them at all then the air to fuel ratio is going to be mixed up and you could end up either burning a too rich fuel mixture or too lean. Too rich means that there is more fuel that is necessary being burnt while too lean means that there's more air in the mixture. Both of these can affect the way your engine performs because it's meant to have a very specific ratio between air and fuel for optimum performance.

Refueling Troubles: If your charcoal canister is clogged then the fumes that it's meant to hold have to go somewhere. They can back up into your fuel tank again and although it's just gas, it does still take up space. That means you can potentially have trouble refueling your vehicle when your tank is running low. You'll find that pumping fuel is more difficult, and it seems to shut off earlier than you think it should. That's because the fumes are taking up all the extra space in your tank so the gas pump will shut off before your tank is actually full.

Can a Charcoal Canister Be Cleaned?

In order to properly clean it you'll need to look up some instructions for your particular make and model of vehicle. Some vehicles have what's called an emissions manual that can explain this process to you. If your car doesn't have one you can try to Google the make and model of your vehicle to see if anything turns up online. It will direct you in the correct method of safely cleaning your charcoal canister to get it working again.

If you've never tried to clean a charcoal canister before, it's probably not something you want to take on by yourself. Just because you can technically clean a charcoal canister doesn't mean that it's always the best idea. Typically speaking a mechanic would replace this item rather than try to repair it. Of course, that may be true of most parts of your vehicle and the option is definitely up to you. However, most experts would probably recommend replacing the canister rather than trying to clean it out just to be on the safe side. Cleaning your charcoal canister could potentially damage it.

How Much Does a Charcoal Canister Cost?

If you're heading into a mechanic to get your charcoal canister replaced, they're probably going to charge you for about an hour's worth of labor. So, you're looking at somewhere between $50 and $150 depending on the mechanic you go to. As for the part itself, you can buy brand new charcoal canisters from Autozone.com for anywhere between about $140 to $770. Obviously, that's a pretty dramatic range for a single part so you'll need to make sure you're getting the right one for your vehicle. As you might expect, if you have a more high-end or rare car, you're probably going to have to spend more money to get yourself a new charcoal canister.

All told, when you factor in the cost of parts and labour you can expect to spend anywhere from about $190 to as much as $900 or so at the very high end of things. On average however you can expect to pay between about $200 to $300 for most cars.

Even though the average driver probably isn't aware of what the charcoal canister in their car does, it's still an important part to maintain and one that can cause some serious issues if something goes wrong with it. While it's true that you could technically drive without a functioning charcoal canister, it could also be a serious environmental and health risk if something goes wrong with it and you don't get it repaired.

The moment you notice any of the symptoms that could indicate you have a problem with your charcoal canister it's in your best interest to get to a mechanic as soon as you can to have it checked out. Remember, gasoline fumes leaking into the cabin of your vehicle can be extremely dangerous. If the situation is bad enough it's possible that you can even lose consciousness. That's going to put you and everyone else on the road at serious risk of injury and even death. So even if the environmental issues don't make you feel like it's that big of a deal, remember that you're putting your life at risk as well.