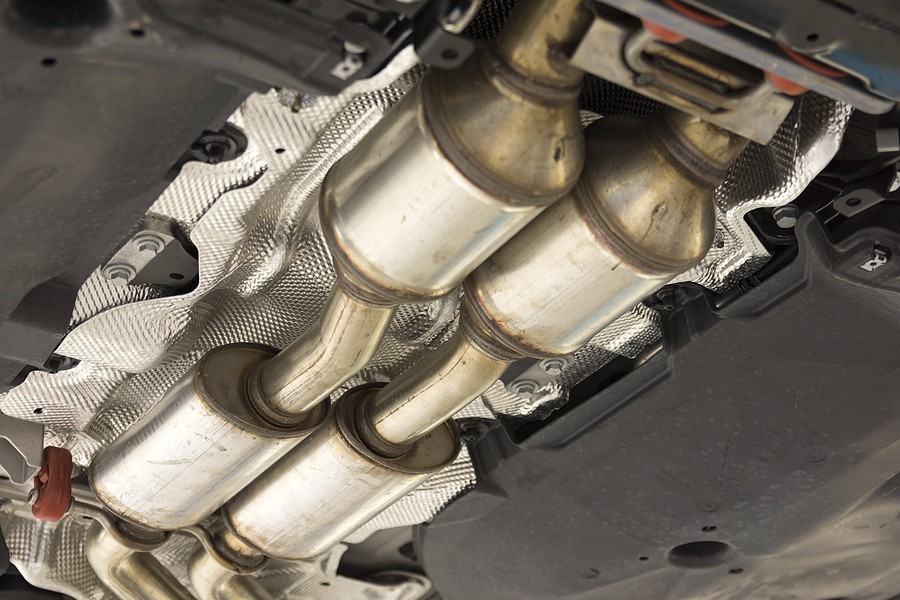 Why Are the Thieves Going After Catalytic Converters In Early 2021?

Law enforcement sectors across the country are putting car owners on notice that catalytic converter thefts are on the rise. From the prices of metal, coupled with high unemployment, thieves are turning to stealing catalytic converters for some quick money. Additionally:

Back in February of 2021, the owner of a Toyota Prius in the Denver area got into her car, turned the ignition and her vehicle sounded unusually loud. Equating the sound to that of a motorcycle, the Denver resident immediately knew that she had been the victim of a catalytic converter theft. Reports indicate that the city of Denver has seen a year-long spike of 1,600% of catalytic converter theft incidents.

Back in 2019, there were over a dozen catalytic converter thefts documented from the Denver Police Department. In January of 2021, over 100 were stolen- a figure that is almost half of 2020’s total. While the part is sold for a few hundred dollars, it generally costs car owners about $1000 to replace. Authorities in Colorado say that since the price of metal saw a spike in early 2021, the catalytic converter is a prized car part to swipe and steal.

Not only is the city of Denver dealing with a spike in catalytic converter theft occurrences but the city of Seattle and other areas in the state of Washington are seeing rises in the common crime.  A senior center in Bothell Washington has fallen victim to catalytic converter thefts. In fact, reports state that when works arrived at the center to get to work driving the senior center’s buses, they soon discovered that thieves swiped catalytic converters from seven senior center buses. As they worked to figure out how they would be able to deliver meals to seniors in need, they filed the necessary documents to report the crime to the authorities.

If Denver and Seattle were not enough, the city of Fresno is seeing a spike in catalytic converter thefts too. Investigators there say that thieves are stealing catalytic converters on vehicles because they are worth lots of money- thanks to the price of metal in early 2021.

Authorities in Fresno County also point to the fact that back in October and November of 2020, they begin seeing a huge jump in catalytic converters being stolen out of Toyota Priuses. Local police stated that they saw about a dozen in the months that led up to the 2021 year.

Fresno County authorities say that as they grapple with the numerous catalytic converter thefts, they call the common crime a “specialized crime”.  Authorities say that thieves these days have a great idea of what they are doing. Hybrid and electric vehicles — Toyota Priuses for example — are vehicles that are huge targets for thieves. Why? Well, they can steal them and make a quick $2,000.

If you thought that Kansas was immune to catalytic converter thefts, think again. Reports indicate that back in 2020, there were 500 catalytic converter theft occurrences that were documented. This figure was in direct comparison to 2019 when fewer than 200 were reported then.  Similar to Washington State, thieves in Kansas are targeting vehicles that transport senior citizens and the vital items that they need on a regular basis.

If you live in Newtown, PA, authorities want you to be aware of the rise of catalytic converter thefts happening there. Reports state that officials in Newtown captured a suspect who was caught on surveillance video stealing a catalytic converter from a car that was parked in an industrial plant.

In the middle of February 2021, a vehicle was reportedly stolen in Rochester, MN. Reports indicate that the owner of a 2013 Chevy Impala left his car running outside on a street. The owner cranked up the car and left it running in an effort to warm the vehicle up. But after some time, the owner told Rochester police that after he cranked up the car and left it there to warm up, the vehicle was stolen. Police were able to pinpoint the time to be between 4:40 and 4:50, a.m. Authorities say that the thieves saw that the car was running. One thief was possibly driving a car, when another thief got out of car and stole the car. Authorities say that it is highly likely that the thieves were looking to steal the catalytic converter. Rochester police say that they have seen a high number of catalytic converter thefts in recent months and believe that the Impala’s catalytic converter was the reason that the car was taken. Of course, it is likely that the thieves were looking to steal the component for some fast cash. Police are asking residents not to warm up their cars and leave them unattended.

A Pair Of Alleged Catalytic Converter Thieves Are Arrested

That resident then called the police and was able to provide a detailed description to authorities. Thanks to the quick thinking of the resident and the details that the resident provided, Roseville police were able to locate the car with the suspects. They also looked in the car and found tools, a floor jack and a catalytic converter in the back of the vehicle. The pair was then arrested. Authorities were also able to recover two stolen catalytic converters.

Catalytic Converter Theft Protection – How Can You Not Become a Victim?

Authorities around the country are offering tips to help you protect your vehicle as well as your catalytic converter from being stolen. They include:

While replacing a catalytic converter is not cheap, you can take some steps to ensure that yours is not stolen. Times are different these days and there are people who want what you worked hard to attain and obtain. So, protect yourself and your vehicle. Report suspicious activity and safeguard your car as much as possible. And if you ever need to sell a car that is missing its catalytic converter, contact Cash Cars Buyer!