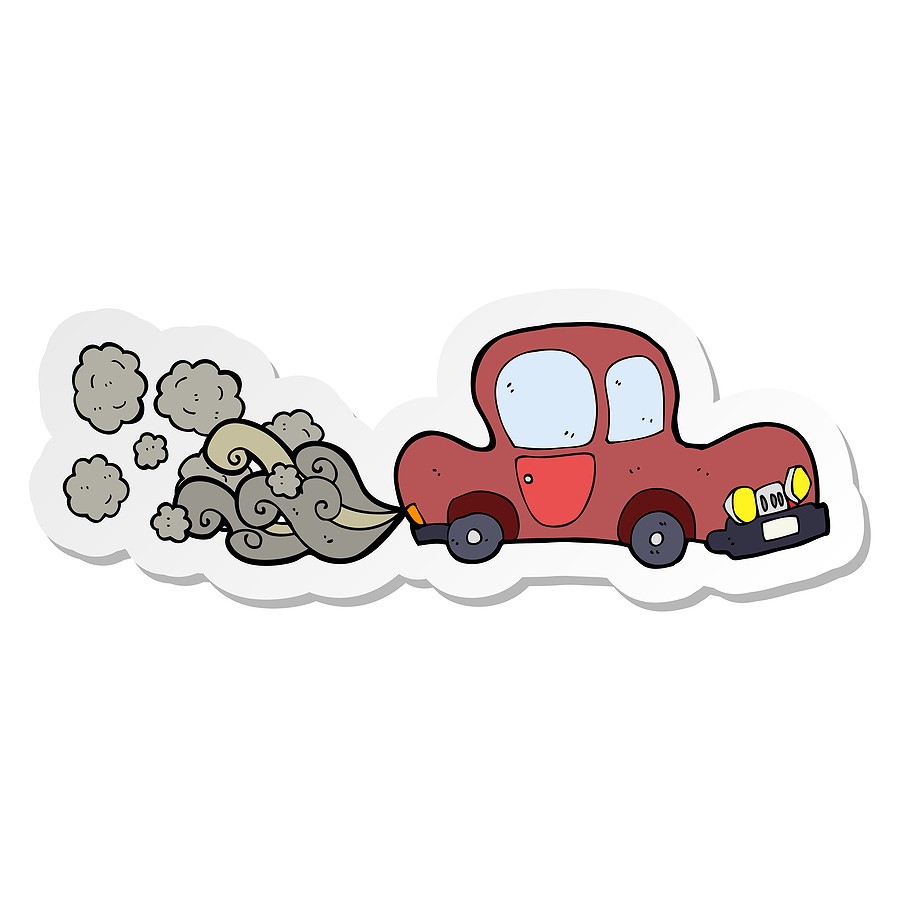 A car backfiring is one of the most surprising and in some cases dangerous things that can happen. If you're not prepared, the sound that a car makes backfiring can cause you to react violently and could potentially lead to an accident.

If you’ve never experienced a backfire, the sound can be extremely loud. It's been likened to the sound of fireworks or even a gun going off. Sometimes it may even cause fire to shoot out of the exhaust of your vehicle.

To some people the backfire seems cool, but it does indicate that you may have a pretty serious problem with your engine. In the worst-case scenario it could cause damage as well. Let's take a look at what causes your car to backfire and then what you can do to fix the problem.

What is a Backfire?

In the simplest terms, when your car backfires it’s burning gas at the wrong time. The combustion reaction is supposed to take place in your engine where the fuel and air mixture is ignited by the spark plug in your cylinders. Instead, this is actually happening outside of the combustion chamber. On rare occasions, if unburned fuel is able to get all the way to your exhaust and it's hot enough, it will mix with oxygen that is present all around and combust. That's the reason why sometimes you can see fire out of the back of the car, because an explosion is actually occurring in your exhaust pipe.

What Causes a Backfire in a Car?

For many modern drivers a backfire is something they've never experienced before. It was much more common in older vehicles, but if you do have an older model car then you would definitely be susceptible to this. And that’s not to say it doesn't happen in new cars either, but they are more precisely calibrated and controlled by computers which prevents this phenomenon from happening more often than not. There are a handful of causes that could lead to engines backfiring.

If some of the sensors in your engine that govern how air and fuel are injected into your combustion chamber are malfunctioning it could lead to this. You have any number of sensors like an O2 sensor, for instance, that are constantly sending data to your car's computer. If they're not functioning, they will send the incorrect data. That can lead to your computer thinking you need more fuel than you actually do, and the mixture becomes too rich.

A problem with your timing belt or timing chain can cause the timing of your engine to be off significantly. If your belt is stretched out, or some of the teeth have worn off then the precision timing will fail. That can lead to your spark plug not igniting the fuel and air mixture at the correct time. Once the spark happens too late, the fuel and air mixture may have already started to filter into your exhaust. Then, just as with a too rich fuel mixture, that unburned fuel it's going to be mixed with oxygen and ignite in your exhaust.

Is a Car Backfire Bad?

Whether you find the sound of your car backfiring unsettling or you think it's kind of cool, it's still something you want to avoid. The fact is when your car backfires, at the very least you're wasting fuel. Any time the fuel combusts outside of the combustion chamber of your engine, it's wasted. That's money that you just basically threw it in the garbage. So, from a fuel efficiency standpoint, you definitely want to make sure your car isn't backfiring.

As we have seen there are a number of reasons why your car might backfire. None of them are part of routine operations for your car. That means if you are experiencing backfires then something is wrong under the hood of your car. Especially if it's a semi-regular occurrence.

You may have problems with your spark plugs, your mass airflow sensor, your air filters, or any number of other parts of your vehicle. Since a backfire is not normal, then something has gone wrong and the situation is likely only to get worse. One stray backfire may not be anything to worry about but if it happens more often then it's a clear sign that you need to have a mechanic check things out for you.

It's rare for a backfire to cause any significant damage to your car's engine. That's why most people don't think they're a big deal. However, if it is a continual phenomenon it can cause damage to your car's exhaust and intake manifold. This is an explosion that's occurring where it's not supposed to, after all. There have been drivers who have suffered repeated backfires that needed to have some extensive repairs done to their exhaust system as a result.

One of the biggest concerns related to a car backfiring is related to performance. If the fuel and air mixture being injected into your engine isn't combusting when it's supposed to, then your car loses power. This is essentially the same as an engine misfire. Your car will not be able to perform as well as it's supposed to.  It's simply an inefficient way to run a car. You won't be able to travel as fast, or haul as much weight. Of course, you're also wasting money at the gas pumps.

If backfiring has become a routine habit of your vehicle, save yourself some time, money, and frustration by getting to a mechanic to have the problem checked out sooner rather than later.