Engine Running Rich Symptoms – Here’s What You Need To Know 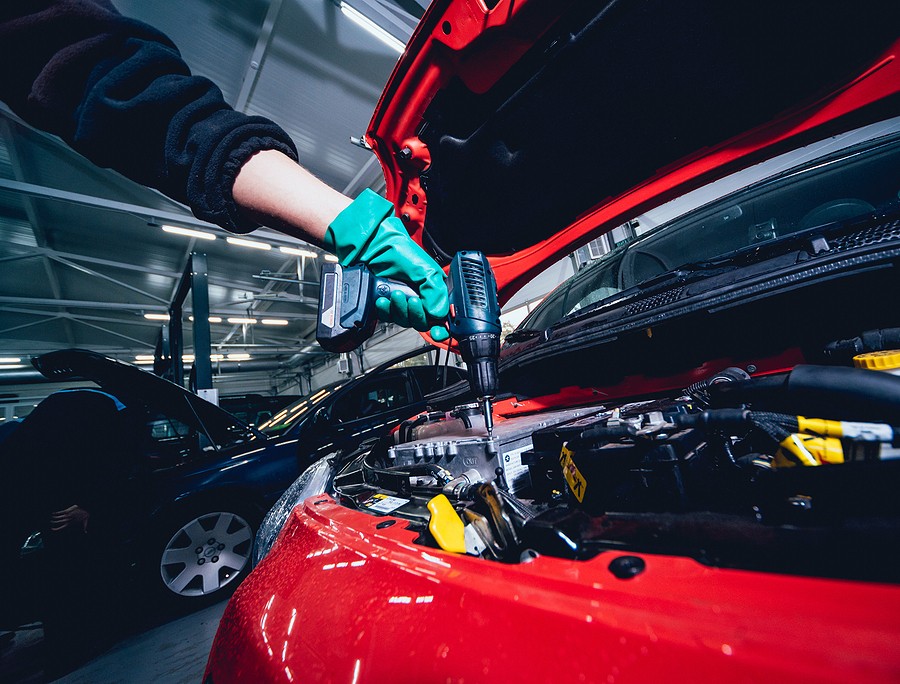 Your engine running rich will lead to numerous problems and noticeable symptoms, like low gas mileage, reduced efficiency, lower acceleration, shaking while idling, and a strong smell of gasoline. Find out the engine running rich symptoms so you can find out how to quickly and properly diagnose your car.

Keeping your air and fuel mixture at the right ratio in your vehicle is key to the performance, longevity, and lifespan of hte engine. Although various parts go into the air and fuel mixture, there are certain parts that could lead to the prevalent engine running rich symptoms. By diagnosing and determining the causes of the improper ratio, you can fix the problem quickly and efficiently.

Causes of The Engine Running Rich

When looking at the reason why you might be experiencing engine running rich symptoms, you need to look at the causes of this issue in your vehicle. When your car is running rich, you need to check certain parts to see if they have become damaged over time or are not functioning correctly. These parts which can most likely cause the engine running rich symptoms are the o2 sensor, mass airflow sensor, engine control unit, air filters, and injectors.

The oxygen sensor in your car is a vital component of the fuel and emission system. These parts function to monitor the amount of oxygen located in the exhaust. After gathering this day, the o2 sensor transmits the number to the engine’s central computer, which then adjusts the engine’s air and fuel ratio according to the data it received. Without the o2 sensor, the air and fuel mixture in the engine would constantly be off.

If the o2 sensor is getting information that suggests the engine is running rich, the sensor will communicate to the engine control unit to add less fuel. This means that less fuel will be added to the engine during the combustion process, causing the engine to run rich symptoms.

Once the engine’s computer determines the amount of air flowing into the engine, it adjusts the fuel according to the received data. In addition, the MAP Sensor highly influences the timing of the ignition, and when the spark will start the combustion process. If this part is not working properly, you will notice the engine running rich symptoms.

When the engine is running cold, the engine requires excess gasoline and fuel to run at the proper performance level and provide ample power. The engine coolant temperature sensor mainly functions to measure the coolant and antifreeze mix’s temperature within the cooling system. This sensor, also known as the CTS, ECT, or ECTS sensor, provides information as to how much heat the engine is producing during the combustion process.

As we know, coolant is the liquid in your vehicle that cools down the engine’s internal parts to prevent excessive friction and overheating. Without the right level of coolant, the engine’s metal parts will rub against each other at high speeds, causing a buildup of heat, and leading to a quicker breakdown of parts.

Keeping the proper level of coolant within your engine is crucial to the engine’s internal temperature. The engine coolant temperature sensor not only prevents overheating, but reduces the engine running rich symptoms.

The intake temperature sensor in your car analyzes and monitors the temperature of the air entering the engine. This sensor tells the other parts of your car how cold or hot the air is, allowing the engine to adjust accordingly. The engine’s computer, also known as the powertrain control module, then analyzes this data. The powertrain control module will then alter the engine’s air and fuel mixture to get the proper ratio and air density.

Since colder air is denser than hot air, cold air needs more fuel to get the same performance benefits. If you notice the engine running rich symptoms, you should check your intake temperature sensor.

The fuel pressure regulator in your vehicle is in charge of keeping the fuel pressure at a certain level. Most modern cars are controlled by the fuel’s pressure and health within the electronic fuel injection system. If the system requires additional fuel pressure, the regulator sends more fuel to the engine. If the fuel can’t get to the injectors in your car, you will notice the engine running rich symptoms.

Although the spark plugs do not directly interfere with the fuel like some of these other sensors, they can control the engine firing timing and lead to the engine misfiring, resulting in jerking while accelerating, a rough idle, and an imbalanced air and fuel mixture. Spark plugs are key components that provide the charge needed for internal combustion.

Symptoms of the Engine Running Rich

If you think that any of the above causes have led to an engine running rich symptoms, there are some parts and mechanisms you should check first to see what the real culprit is and diagnose the issue. Here are the most common symptoms of the engine running rich and the signs of an improper fuel and air mixture ratio.

No driver wants to smell fuel in their car. However, this problem can be fixed by determining the cause of the engine running rich. If too much fuel is going to the combustion chambers for the internal combustion, this means that some of the unburnt fuel will enter the exhaust system and cause the undesirable smell.

One of the most noticeable and prevalent engines running rich symptoms is a lack of gas mileage and reduced fuel efficiency compared to your car’s normal performance level. This is due to the car not requiring all of the fuel being supplied by the parts, resulting from improper data being sent by the engine’s sensors.

Along with the lower fuel economy, the car will also suffer from reduced engine performance, resulting in less horsepower, poor acceleration, and lower efficiency. Since excess fuel does not get used or combusted within the engine, the air and fuel mixture will be the improper ratio, leading to a rough idle and erratic revving.

As we know, carbon monoxide is a dangerous gas that no one wants to breathe in. The catalytic converter consistently functions to remove any co2 emitting from the exhaust. If you notice engine running rich symptoms, this means that too much gas is being produced, leading to impure air quality and a low emissions level.

If your engine mixture is too rich, the spark plugs will build-up black soot at the bottom. Any part of your car with a build-up of debris or dirt will not function at an optimal level – and spark plugs are no different. This soot will eventually transfer to other parts, causing further damage and leading to a noticeable engine running rich symptoms.

How To Fix The Engine Running Rich

To figure out how to fix the engine running rich symptoms in your car, you need to know certain ways to remedy the symptoms and prevent these issues from occurring in the future.

If your vacuum lines are not connected properly, the vacuum lines contain damage and cracks, and the hose pipes are leaking fluid, your engine will run rich. Check the pipes and vacuum line for any visible leaks or holes, listening for any hissing sounds in the pipes. If you think there is a vacuum leak in your car, you will soon notice the engine running rich symptoms.

Sometimes, a part may not be wholly damaged beyond repair but just need a quick cleaning to ensure no dirt and debris has built-up over time. Mass airflow sensors can accumulate dust and become blocked with impurities. If you clean the sensor during regular maintenance and reinstall it, you can reduce the engine running rich symptoms.

The final way to find out what is causing your engine to run rich and develop a quick solution is to change your spark plugs. The spark plugs are in charge of the ignition timing and can cause your car not to burn correctly. By changing your spark plugs, you can reduce the carbon emissions, reduce rough idling, and reduce the engine running rich symptoms.

Overall, the engine running rough symptoms can drastically affect your engine performance and cause a shorter engine lifespan in your vehicle. By fixing these symptoms and finding out the causes of your engine problems, you can ensure that your car's performance does not suffer.

PrevPreviousDirty Air Filter – What Are The Causes?
NextCash For Junk Cars Westerly, RI – Sell Your Car, Get Instant Offer Now! Next