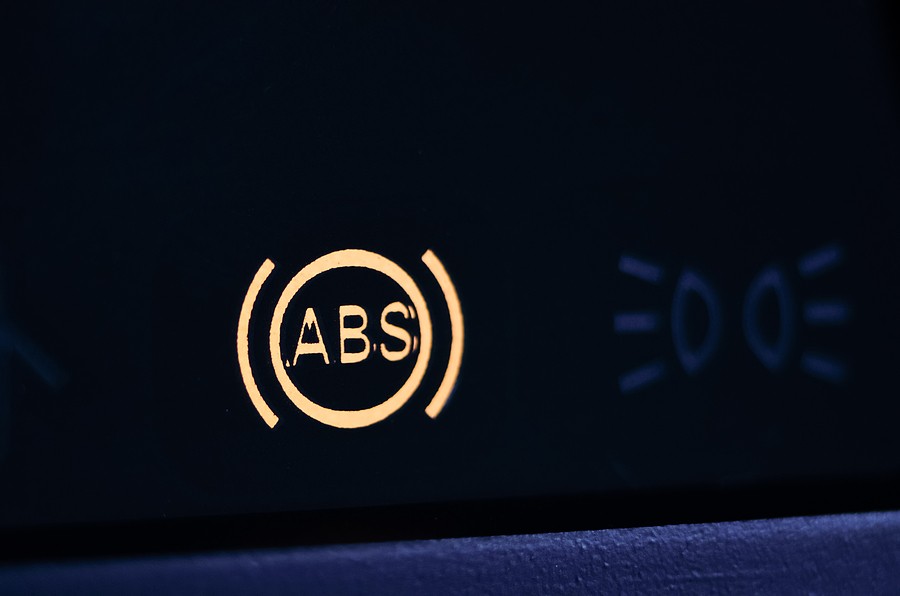 There are a bunch of different warning lights that might appear on your car’s dashboard at any given moment when you’re behind the wheel. From the oil pressure light and the tire pressure light to the engine temperature light and the traction control light, it’s important for you to keep a close eye out for these lights. It’s also important for you to know what it means when you see something like, say, your ABS light on. Today, we’re going to talk about what it means when you have your ABS light on and what you should do about it. Continue reading to find out more about your ABS light.

What Is an ABS?

The “ABS” in ABS light is short for anti-lock braking system. So before we start discussing what your ABS light is and what it means when you have your ABS light on, it’s important for you to understand what your ABS actually is. It plays a very essential role in the overall well-being of your car and needs to be working at all times for your car to stay safe.

Your car’s ABS is a system that’s designed to help slow your car down and potentially even bring it to a complete stop when your tires aren’t able to grip the road when you brake like they’re supposed to. This system is essential for those who routinely drive their cars on roads covered with things like rain, ice, snow, and anything else that could cause them to slip and slide around. The ABS is in place to spring into action if you start to lose control of your car at any point. It will pump the brakes in your car over and over again to slow it down and eventually stop it.

Many cars didn’t used to have ABS installed. But it’s been one of the many mandatory features found in cars since 2013. It’s an important part of your car and it’s something that you don’t want to get caught driving around without. You could put yourself, your car, your passengers, and other drivers at risk if you leave an ABS light on for too long and don’t do anything about it since it suggests there is an issue with your anti-lock braking system.

What Is an ABS Light?

Now that you have a better idea of what your anti-lock braking system is and why it’s so important, let’s get into talking about the ABS light that’s in your car. It’s pretty easy to see when you have an ABS light on since it’s usually just the letters “ABS” with a circle around it and parenthesis on the outside of the circle. An ABS light will typically be amber in color, but it’s worth noting that it can also be yellow, orange, and potentially even red in some cases depending on what kind of problem you’re having with your car’s ABS.

If you see your ABS light on at any point other than when you’ve just started your car up, it should be a cause for concern. There are a bunch of different things that can cause your ABS light to come on without warning, and you’re going to want to address whatever issue you’re having in most cases before you continue to drive your car. Otherwise, you could find yourself driving around with an ABS that isn’t prepared to do its job when you need it to.

Why Is Your ABS Light On?

When you see your ABS light on, your first question is usually going to be, “Why is that light on right now?” This is a difficult question to answer because it could be on for any number of reasons. You’re going to have to do some digging around to get to the bottom of it.

As we just mentioned, you might have your ABS light on simply because you just started up your vehicle. This is the most common cause of your ABS light turning on. But if your ABS light turns on and stays on long after you’ve started your car up, this is when you’re going to have to worry. There are several issues that could be causing problems with your ABS. Here are just a few of the reasons why your ABS light might be on:

As you can see, there isn’t an easy answer to why your ABS light is on. You could something as simple as a bad fuse for your ABS light, or you could have a major problem in your ABS light like a bad hydraulic pump. Regardless, you shouldn’t turn a blind eye when you see your ABS light on. You’re going to have to get your car off the road as soon as you can to get whatever is wrong with your ABS fixed.

Is It Safe to Drive With Your ABS Light On?

If you’re driving around one day and you see your ABS light on out of the blue, you don’t necessarily need to pull your car over and stop driving it right away. Unless you notice that your brake pedal is acting funny, you should be able to continue to drive your car until you’re able to get it to an auto repair shop for service. But in the event that your ABS light turns red, you should almost always stop driving ASAP so that you can have your car looked at.

If you push your car too far with the ABS light on, you might find that your ABS isn’t going to work properly when you need it to most. Your car could slip and slide out of control when you’re driving on a wet road or on a road with a lot of oil on it. This could obviously put you and others into harm’s way, which is why it’s not a good idea to ignore an ABS light when you have an ABS light on. You might not be able to stop it from skidding all over the road.

What Should You Do When Your ABS Light Is On?

When your car’s ABS light is on, the first thing you should do is make sure that it’s not on simply because you just started your car up. Give your car a few seconds to warm up, and you might find that your ABS light will turn off all by itself. If it doesn’t do this, though, the next thing you’re going to want to do is contact an auto repair shop in your area and arrange to have your car looked at by an ASE-certified mechanic.

Once you hand a mechanic the keys to your car, they’ll use a special tool to pull codes from your car’s computer that will let them know what’s happening with your ABS. It’ll tell them exactly what they’re going to need to do in order to shut the ABS light off. That might mean adding some brake fluid to your car, or it might mean tinkering with or replacing the computer in your ABS. Their goal is going to be pinpointing the exact problem that’s causing your ABS light to come on so that they can get it to go off.

Should You Ever Attempt to Address an ABS Light Yourself?

But we want to point out that there are also plenty of ABS problems that you shouldn’t try to address on your own. You could possibly make what would be a minor ABS problem worse by messing with your ABS yourself when you don’t know what you’re doing. You shouldn’t try to do something like replace the hydraulic pump in your ABS without help from a professional.

Replacing something like an ABS hydraulic pump isn’t going to be cheap. More often than not, it’s going to cost you about $1,800 to fix this particular part. And that’s just one of the many repairs you might have to make to your ABS. But you shouldn’t try to get around paying this kind of cost by attempting to DIY an ABS hydraulic pump replacement. You could end up paying the price for it later when you still have an ABS light on despite your best efforts to fix the problem at hand.

What Might Happen If You Ignore an ABS Light?

It’s not all that uncommon for some drivers with older cars to completely ignore when they have an ABS light on or when they have any dashboard warning light on for that matter. They don’t feel like going through the trouble of trying to fix whatever has caused a light to come on. It’s easier to just keep their eyes on the road instead of worrying about what repairs their car needs at the moment.

You shouldn’t fall victim to this kind of thinking. As we alluded to earlier, your ABS is probably not going to work in the way that it’s intended to when you have your ABS light on. As a result, you could lose control of your car and get into a bad accident if you’re ever driving on a slippery surface. Your anti-lock braking system is not going to be cut out to protect you if it’s not firing on all cylinders. It’s why ignoring the issue when you have an ABS light on should not be the solution to your problem.

Can You Sell a Car With Its ABS Light On?

Can’t afford to fix a car that has its ABS light on? Or not interested in paying a fortune to fix whatever is causing a car’s ABS light to come on? You have the option of selling the car instead if you want to. Private buyers might balk at the idea of buying a car with its ABS light on, but junk car buyers would be happy to take a car like this off your hands despite its current condition.

Cash Cars Buyer can make you an offer for your old car, even if it has its ABS light on. We’ll look past that and pay you top dollar for your car. We’ll also haul your car away for you so that you don’t have to worry about driving it to us and putting yourself into danger. Contact us now to get more information on selling your car to us.