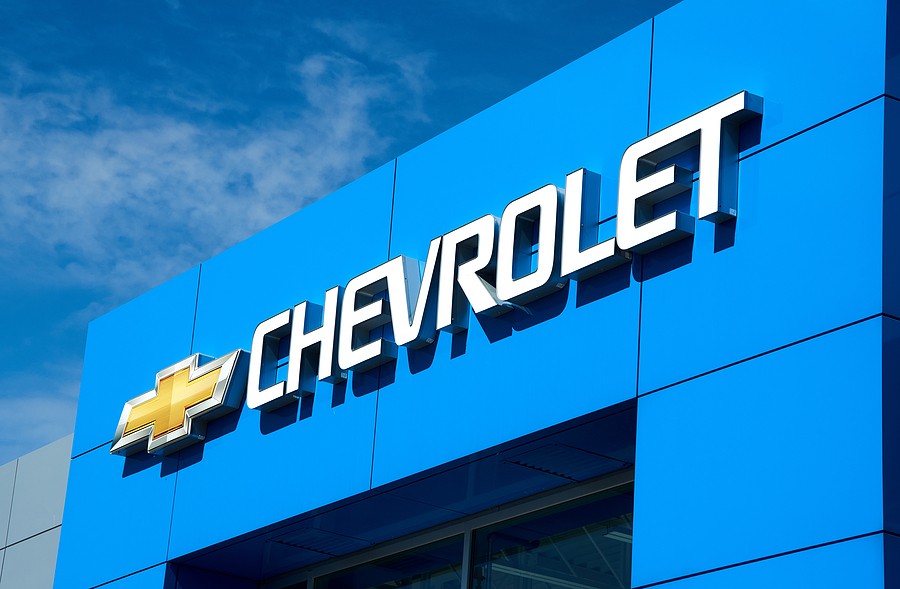 Chevy's 4.8 L Vortec V8 engine was produced by GM from 1999 until the year 2013. They were mostly phased out of use in the year 2013 in favor of the 5.3 L Vortec that had active fuel management. Of course, that engine had a whole host of problems on its own, and many people felt that the 4.8 litre engine was more reliable. That said it wasn't without its faults either.

The Chevy 4.8 Vortec had three different variations over the years. These are known technically as the LR4, which was a third-generation engine found in models like the Chevy Silverado and the Chevy Sierra  as well as in Chevy Tahoes and Chevy Yukons. The LY2 which was a Generation 4 engine and Silverados, Sierra's, Tahoes, and Yukons and then finally the L20 which was the Generation 4 model used in Silverados and Sierras from 2010 until 2013. Chevy also used these in some vans like the Chevy Express and the GMC Savana.

Depending on which model of 4.8 Vortec engine we're talking about it was able to offer between 270-horsepower and 295-horsepower.  In terms of torque it was offering between 285 lb-ft and 305 lb-ft of torque. all things considered it was a powerful and reliable engine. They were best used in vehicles that needed to haul and get a lot of work done, which is why delivery Vans and work trucks were the vehicles most often found with the engine. Most people consider the engine itself to be nearly indestructible, it's just the various accessories and attachments that are prone to failure over time.

Although the 4.8 L Vortec engine was extremely reliable and effective it was not without its problems over the years. Let's cover some of the more common engine problems that popped up with the Chevy 4.8 Vortec engine.

The water pump in the 4.8 Vortec engine, like any engine's water pump, is responsible for keeping the coolant flowing through the engine cooling system So that the engine can operate at an optimal temperature without the risk of overheating and causing a catastrophic failure. Replacing a water pump is something that should be done as part of the maintenance for your engine, but many drivers tend to let this one slide. They're often changed along with timing belts.

At a higher mileage the water pumps in the 4.8 Vortec engine had a tendency to fail or become less effective than normal. Any number of reasons could have caused this given the high temperatures and stress that a water pump has to deal with on a regular basis. That's part of the reason that changing out a water pump is necessary maintenance. That said, many drivers of older Silverados with 4.8 Vortec engines had water pumps that could last 150,000 miles to over 200,000 miles. At that high mileage though they become very unpredictable and there's no way to know for sure if you can get another 10,000 miles out of one or just 10 miles.

When the water pump in your 4.8 Vortec engine started to go bad and could lead to things like leaking coolant, squeaking noises from the pump itself as the impeller tried to keep doing its job, and of course the engine would overheat if the coolant was not able to flow properly. Often you get an early warning of this happening with the check engine light coming on.

Replacement water pumps for a 4.8 engine would cost you somewhere between $130 and $300 if you were to buy one today on AutoZone. If you head to a mechanic to get the job done you could look at anywhere from $400 to $600 for the job to be done.

The 5.3 Vortec engine was notorious for problems with the intake manifold. Unfortunately, the 4.8 Vortec is almost identical to the 5.3 other than the obvious displacement difference. In both engines, the intake manifold was made of plastic.  That meant it was very susceptible to warping and breaking due to the high heat that an intake manifold has to endure on a regular basis.  Not to mention that you could also suffer from over torqueing causing it to break as well. Are could leak from where it was secured in place, from crack that forms on either end, and also from the gaskets.  The gasket was a secondary problem because they weren't particularly well-designed and that caused them to deteriorate more quickly than normal, leading to excessive air leaks.

Since the job of the intake manifold is to control the flow of air entering the engine, if it's not working properly then your fuel to air ratio is not going to be the way it's meant to be. That meant that you were getting more fuel than air injected into the combustion chamber, so you were burning a rich fuel mixture. That in turn could lead to some rough idling issues as well as slow engine starts, a lack of power on acceleration, and also poor fuel economy since you're burning more fuel than necessary.

A new intake manifold on AutoZone is going to run you about $150.The gaskets are an additional $40 to $100.

Engine knock is a phenomenon that occurs when fuel in your combustion chamber burns in small pockets rather than the normal weight supposed to ignite. One of these small pockets can ignite and then set off a chain reaction of other tiny pockets almost like bubbles bursting. As each one ignites the pop it creates is what the term engine knock refers to. They're little explosions that make a noise and can cause some serious damage to your engine especially if it happens on a continuous basis.  Engine knock increases the pressure in the cylinder and will wear down many parts of your engine overtime.

The noise can be extremely loud and extremely annoying, but your engine is calibrated to try to avoid this problem as much as possible. One of the things that helps prevent engine knock is the intake knock sensor. It is located on the intake manifold and it monitors the vibrations that occur in your engine. When the vibrations become out of alignment in a 4.8 Vortec engine, the knock sensor sends a signal to the computer which is meant to adjust whatever needed adjusting weather that was the fuel ratio, the air ratio or the timing of the fuel injection.

In the 4.8 Vortec engine the knock sensor had a bad habit of failing which could throw up the check engine light. More importantly it means that the knock sensor is no longer able to Perform its job which can affect the timing of your engine. It will either not send any signal at all or send the incorrect signal which ends up causing things like cylinder misfires, excessive engine vibration, poor acceleration  and also, as the name suggests, engine knock which could get extremely loud at times.

Luckily the knock sensor is not a difficult part to replace by any means, and also buying a new one was not particularly costly either. You can buy a new knock sensor on AutoZone for anywhere between $15 and $32 for a 2012 Chevy Silverado with a 4.8 Vortec engine.

The Chevy 4.8 Vortec engine is a fuel injected engine, as are most engines these days. The fuel pump is in the gas tank and is responsible for not only pumping fuel from the tank to the injectors but keeping that the correct pressurization as well. The fuel injectors operate at extremely high pressure, so the fuel pump must remain in good working order at all times or else the pressure will be thrown off and will cause some serious issues for your engine.

What a fuel pump fails it's either going to reduce the pressure of the fuel or not send the fuel at all. Both of these are going to impact how your engine works, and potentially make it fail completely. The best-case scenario is reduced pressure which is going to lead to engine misfires and also a very lean fuel mixture.

For most owners of a Chevy with a 4.8 Vortec engine the fuel pump did have a good lifespan to it. There were some rare cases in which fuel pumps failed at very low mileage however, sometimes more than once. For most drivers however the fuel pump lasted well over 100,000 miles. Since it's been a few years since Chevy was using the 4.8 engine, if you're looking to buy a 4.8 these days, the fuel pump is something that you should be aware of and have a mechanic inspect before you agree to purchase a vehicle. It's likely very high mileage so if the fuel pump hasn't been replaced yet it's going to be needing a replacement soon.

There's also something called a fuel pump control module that could go wrong in a 4.8 Vortec engine as well.  This is the computer component that goes along with the fuel pump so that the pump is aware of how much fuel it needs to send it to the injectors. When the module fails, then the amount of fuel that the fuel pump is pumping is irregular.

When a fuel pump goes bad in a 4.8 Vortec engine and can lead to things like misfires, engine surges, loss of power, rough idling, poor acceleration and poor fuel economy. Getting a new fuel pump could set you back a few dollars as they tend to cost between about $250 and $400 when you look them up on AutoZone.

For the most part Chevy's 4.8 Vortec engine was a well-performing Workhorse of an engine. As long as it was properly maintained many drivers were able to keep the engine working well for up to 300,000 miles or more. Even though Chevy replaced them with a 5.3 L engine in 2013 the replacement engine proved to be far less reliable for many drivers thanks to a problem with an active fuel management system that was known to have serious problems with excessive oil consumption.

Given that the 4.8 Vortec in the 5.3 Vortec were almost identical other than displacement, since the 4.8 didn't have the active fuel management and therefore didn't have the oil consumption problem it actually ends up being a mostly superior engine in terms of performance. That said, there are a number of drivers who believed that the 5.3 would be a superior option because of the performance difference but it's really hit and miss at this point comparing the potential benefits and drawbacks of these two engines.

Just as far as the 4.8 Vortec goes, as we've seen there are a handful of issues that propped up enough to be noteworthy but by no means were these problematic across-the-board. It wasn't as though every single Sierra or Silverado sold have these problems by any means. With that in mind, it's safe to assume that if you're interested in an older Chevy that contains a 4.8 engine it may still be reliable for you, and it may still have a good number of miles left on it.

Just remember to have a skilled mechanic give it a once-over before you agree to buy anything with particular attention being paid to things like the water pump and the fuel pump because if those are original parts this many years later there's a good chance they're both going to fail sometime soon and will need a replacement. There's no sense buying a used vehicle that's going to need a bunch of new parts right away if you don't have to. So just keep that in mind.