All You Need to Know About the 2021 Honda Pilot 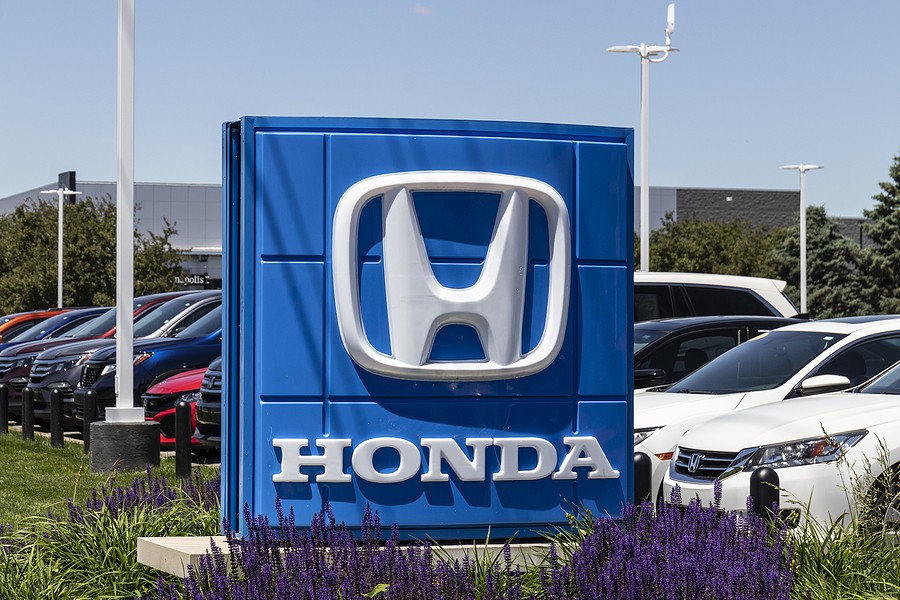 The 2021 Honda Pilot provides a comfortable ride and occupant-friendly space in all three rows of seats, but its predicted reliability rating puts it down in the middle rank among all midsize SUVs.

The 2021 Honda Pilot is a decent midsize SUV. Aside from having a large cargo space, this Honda has generous seating space and can seat up to eight people. This crossover offers a classy ride on both flat and bumpy roads. Its V6 engine is sufficiently powerful while producing decent gas mileage figures. On the other hand, the Pilot has a couple of weaknesses like any other cars, like having an average looking interior, the amount of standard features and it has less agile handling compared to its peers.

Should you buy a Honda Pilot?

The 2021 Honda Pilot comes with spacious seating in all three rows, and it boasts a bevy of advanced safety features. But it is still a good idea to consider its competition before finalizing a purchase decision. Take note that the Pilot’s class rivals like the Mazda CX-9 and Toyota Highlander have additional standard infotainment technology and predicted reliability ratings.

There are a few major differences between the 2020 and the 2021 models. The nine-speed automatic transmission that is previously available is now standard in all trims, as well as the dual-zone automatic climate control. A Special Edition Pilot is also new for the 2021 model.

We have listed the key changes for the Honda Pilot since it was redesigned for 2016.

2018: no significant or major changes

2020: introduction of the Black Edition trim

Tip: Be sure to research 2018 Pilot, 2019 Pilot and 2020 Pilot models to help make your decision, if you are considering an older model.

The 2021 Honda Pilot has a base price of $32,250, which is more than most of its class competitors, even so, it is not much compared to the Mazda CX-9 and Toyota Highlander. The Black Edition, which is the Pilot’s top of the line trim, starts at $49,920.

What is the actual cost of insuring a Honda Pilot?

There are a couple of factors to consider in computing the cost of insuring a Honda Pilot. These factors include the level of coverage you want, the type of insurance that you choose, and your deductible.

Tip: Your age, gender, credit score, driving record, and location can also have a great impact on your insurance rates.

The National Highway Traffic Safety Administration or NHTSA has given the 2021 Honda Pilot an overall safety rating of five out of five stars, while obtaining four stars in the frontal and rollover tests and five stars in the side crash test. As of now, the Insurance Institute for Highway Safety (IIHS) has not yet crash tested the 2021 Honda Pilot.

Like what has been mentioned before, the ratings or scores are based on the Insurance Institute for Highway Safety crash test ratings and the National Highway Traffic Safety Administration safety ratings.

The 2021 Honda Pilot’s cargo space is above average compared to other midsize SUVs. There is a 16.5 cubic feet of cargo space behind the third-row seats, up to 46.8 cubic feet at the back of the second-row seats, and 83.9 cubic feet at the back of the first row seats. While a hands-free liftgate is standard in Special Edition, Touring, Elite, and Black Editions, a power liftgate is also standard in the EX-L trim. Nevertheless, the leading cars in the class like the Hyundai Palisade and Kia Telluride were able to provide a little bit more cargo capacity overall.

What is the Seating Capacity of the 2021 Honda Pilot?

There is seating for up to eight people in the Pilot, in its standard setup. The models with second-row captain’s chairs can seat up to seven people. All three rows are spacious enough to accommodate adult occupants. Even after hours of driving, the seats are supportive and comfortable. There are also a number of cup holders, which can be really helpful when you are on the go—15 cup holders in total.

The Pilot comes with three complete sets of LATCH connectors for the second-row seats and one complete set on the passenger-side third-row seat. The Pilot also features upper tethers on the third row’s other two seats.

The cabin of the Pilot is filled with high-end materials, and even its plastics are soft to the touch. But, its interior design is starting to look outdated. Rivals from the same class such as the Hyundai Palisade features more updated styling.

The Pilot’s standard infotainment interface has basic contents and lacks advanced smartphone connectivity options. Shoppers who are particular with advanced connectivity features will most likely prefer the upgraded infotainment system that adds smartphone integration via Android Auto and Apple CarPlay, as well as an easy-to-use touch screen. There are also separate physical controls that makes it easier for the driver to adjust climate and audio settings while driving.

Pilot’s Performance: Gets the Job Done

The 2021 Honda Pilot comes with a 280-horsepower 3.5-liter V6 engine and a newly standard nine-speed automatic transmission. This engine offers quick acceleration, and the transmission makes good use of the produced power.

The Pilot offers a cushioned ride, accurate steering, and stable handling, even over rough roads. But, rivals like the Mazda CX-9 provide better and sharper handling.

This Honda has the lowest-possible predicted reliability rating of two out of five stars.

The Pilot is covered by a three year or 36,000 mile limited warranty and a five year or 600,000 powertrain warranty.

In case, you are wondering where the 2021 Honda Pilot is built, Honda builds the 2021 Pilot in the State of Alabama.

Which Honda Pilot Model should you buy?

The Pilot EX has a starting price of $34,930. It gains an 8-inch touch screen, blind spot monitoring, rear cross traffic alert, LED fog lights, Android Auto, Apple CarPlay, HD Radio, satellite radio, a 10-way power-adjustable driver’s seat, and HondaLink, which is a telematics system that allows you to do things such as start and lock your car from your smartphone.

The Touring trim has a starting MSRP of $42,920 and adds a hands-free liftgate, leather-trimmed seats, fronts and rear parking sensors, a Wi-Fi hot spot, navigation, voice recognition, 10 speakers, and a rear entertainment system.

The Black Edition has a starting MSRP of $49,920. This trim was produced with unique styling and all of the Elite trim’s features.

The 2021 Honda Pilot is not as luxurious or agile like many of its competitors, but it is a decent choice. The Pilot has many attractive features, however, other midsize SUVs also have the same features and many of which have more to offer overall and come at a more affordable price. So you might want to check other options and compare them with the 2021 Honda Pilot.

Other alternative Options to Honda Pilot

The Toyota Highlander and Honda Pilot provide similarly smooth rides and a great deal of cargo room, but there are a few key differences that could sway the shoppers either way. The Toyota Highlander has higher predicted reliability rating and additional standard features, which includes Android Auto and Apple CarPlay. The Highlander also offers some available features that are unavailable in the Pilot, such as a 12.3-inch touch screen. However, the Pilot boasts more space for occupants and costs $1,640 less than the Toyota. If you have a family and your main priorities are passenger space, then go with the Pilot. On the other hand, if you prioritize reliability and additional standard features, then go with the Highlander.

The Mazda CX-9 has less cargo space and third-row room than the Pilot, but it makes up for it with much more engaging ride, emphasized by precise steering and tight handling. The CX-9 also has as much horsepower as the Pilot, but it has better gas efficiency figures. If you are not going to ferry adults in the third row regularly, then you should go with the Mazda CX-9. On the contrary, if you are going to fill all the seats on a regular basis, then you should go with the Pilot.