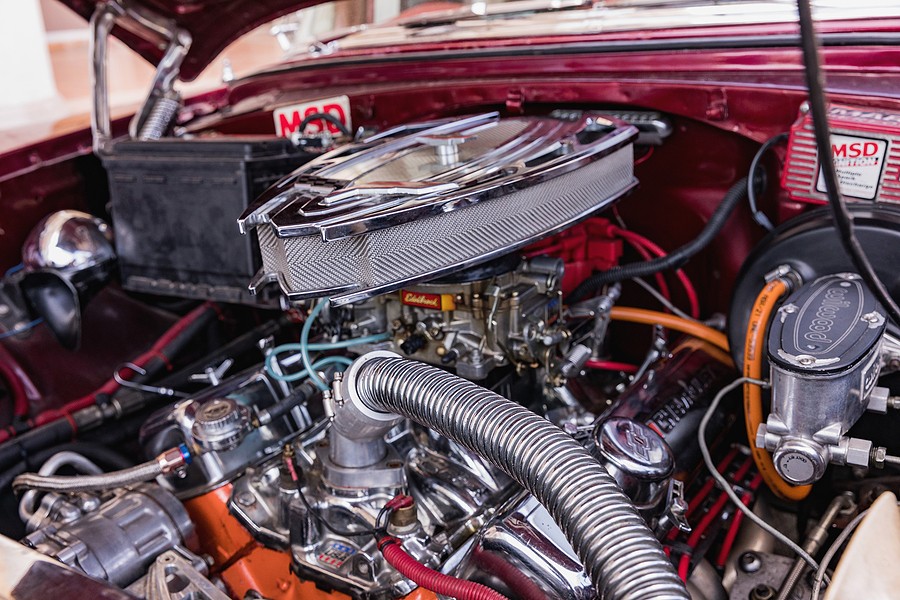 Do you drive a 2017 Chevrolet or GMC vehicle? If you do, it may have a Chevy EcoTec3 5.3L engine in it. And this may result in you experiencing one of the many 2017 5.3 liter Chevy engine problems at some point in time. These problems can include carbon build-up in the intake ports, failing fuel injectors in the direct fuel injection system, faulty high-pressure fuel pumps, excessive fuel consumption, and collapsing lifters.

Just because you own a 2017 vehicle with a Chevy EcoTec3 5.3L engine in it doesn’t necessarily mean that you’re definitely going to have to deal with one of these problems. But there have been more than a few 2017 Chevy and GMC owners who have complained about them on sites like CarComplaints.com over time.

You should keep your eyes peeled for any signs of 2017 5.3 liter Chevy engine problems. You should also aim to correct these issues sooner rather than later to stop them from doing permanent damage to your engine. Here is everything you need to know about the worst problems with the Chevy EcoTec3 5.3L engine.

The Story Behind the Chevy EcoTec 5.3-Liter Engine

Before we begin talking about all the different problems that exist with the Chevy EcoTec3 5.3L engine, we want to share the backstory of this particular engine with you. It should show that Chevy had its heart in the right place when it developed it almost a decade ago.

The Chevy EcoTec3 5.3L engine was first introduced to the world back in 2014. It was a part of the EcoTec3 engine family that also consisted of 4.3L and 6.2L engine variations. And it was designed to replace the Vortec engines that were used in Chevy and GMC vehicles prior to that point.

This represented a big step in Chevy engines, because the Chevy EcoTec 3 engine lineup was meant to do away with some of the problems that plagued the Vortec engines. These problems included issues like excessive oil consumption and issues with the active fuel management systems in these engines.

To some degree, the Chevy EcoTec engines have succeeded in helping to eradicate the issues that existed in Vortec engines. But at the same time, they have also come with their own problems. This includes the 2017 5.3 liter Chevy engine problems that we’re going to discuss today.

The Chevy EcoTec3 5.3L engine that is included in many of today’s Chevy and GMC vehicles is a small-block V8 engine. There are several variations of it, including the L83 EcoTec3 5.3L, the L8B EcoTec3 5.3L, and the L82 and L84 variations.

For its lineup of 2017 models, Chevy put the EcoTec3 5.3L engine into the following vehicles:

If you have any of these Chevy or GMC vehicles sitting out in your driveway right now, you might be impacted by the 2017 5.3 liter Chevy engine problems that we’re going to run through now.

All of the Chevy EcoTec3 engines, like the Chevy EcoTec3 5.3L, are considered to be a step up from the previous generation of Chevy engines. Most Chevy and GMC owners will tell you that they’re more reliable than engines that have been used in the past.

There were actually lawsuits filed by those who owned Chevy and GMC vehicles between 2010 and 2014 due to the oil burn issues that existed in many of their engines. These kinds of problems aren’t as prevalent as they used to be.

But of course, that doesn’t mean that there aren’t any 2017 5.3 liter Chevy engine problems! Here are a few of the issues that you’ll want to keep on your radar if you drive a 2017 Chevy or GMC vehicle with a 5.3L engine in it.

1. Carbon Build-Up in the Intake Ports

In a port fuel injection system, there is gasoline that is injected directly into the intake ports before it makes its way to the cylinders in the engine. And since the gasoline is highly pressurized, it’s able to keep the intake ports clean at all times so that gunk doesn’t build up in it.

In a direct fuel injection system, a different process plays out. Rather than working its way through the intake ports, gasoline is injected right into the cylinders in an engine. This can lead to one of the most prevalent 2017 5.3 liter Chevy engine problems, which is carbon build-up in the intake ports.

These symptoms will usually begin to appear once a 2017 Chevy or GMC hits the 70,000-mile mark. You’re going to then need to have the manifold in your vehicle removed so that the intake ports can be cleaned through the use of what’s called walnut blasting.

The direct fuel injection system in 2017 Chevy or GMC that has an EcoTec3 5.3L engine in it can cause more than just carbon build-up in the intake ports. It can also cause complications with the fuel injectors that are used to inject fuel into the cylinders in the engines.

If the fuel injectors in a Chevy EcoTec3 5.3L engine fail, they’re often going to spray either too much gasoline into an engine or not enough. Either way, you’re going to notice some of the following symptoms when your fuel injectors quit on you:

At first, failing fuel injectors might allow you to continue to drive your 2017 Chevy or GMC vehicle without a problem. But once they give out on you, you’re going to have no choice but to get them replaced as soon as possible.

Both of these fuel pumps can fall on you. But it’s the high-pressure fuel pump that often causes 2017 5.3 liter Chevy engine problems. It’s subjected to a whole lot of pressure and heat at almost all times, and this can cause it to wear out sooner than the low-pressure fuel pump. When it does, you may notice:

Replacing your high-pressure fuel pump will be your only option when it goes bad on you. Your engine will not be able to get nearly enough fuel if it’s on the fritz in your 2017 Chevy or GMC.

Earlier, we briefly touched on how many of the older Vortec engines found in Chevy and GMC vehicles suffered from excessive oil consumption and issues with the active fuel management systems in them. Sadly, these problems have continued to linger for longer than Chevy might like.

The active fuel management system is designed to help those who drive Chevys and GMCs to cut down on the amount of fuel that they use. They can get 10 to 15% better fuel economy in many cases. But the problem is that the AFM system doesn’t always work as well as it should.

If your AFM system isn’t up to speed, it could potentially cause 2017 5.3 liter Chevy engine problems. You might find that your 2017 Chevy or GMC uses up too much oil, or you might find that it causes the lifters in your engine to fail.

If you have a Chevy EcoTec 5.3L engine in a 2017 vehicle that’s giving you fits, you’re going to want to do away with whatever problems it’s experiencing right away. This could, however, cost you a pretty penny in some cases.

Let’s say that you can carbon build-up caused by your Chevy or GMC vehicle’s direct fuel injection system. This might seem like a simple enough problem to fix. But you could be looking at paying anywhere from $750 to well over $1,000 to have walnut blasting done to correct the issue.

We know that we’ve already discussed our fair share of 2017 5.3 liter Chevy engine problems. But there is one other issue that we want to bring to your attention if you happen to drive a 2017 Chevy or GMC with this type of engine in it.

This is one more thing that you’re going to have to look out for. You could end up with a vehicle that gets stuck in two-wheel or four-wheel drive as a result of a bad transfer case sensor.

Kicking Your 2017 5.3 Liter Chevy Engine Problems to the Curb

The Chevy EcoTec3 5.3L engine found in many 2017 Chevys and GMCs isn’t perfect. Far from it actually, as we’ve pointed out here time and time again.

It is, however, a fairly reliable engine that shouldn’t present too many problems. The expectation is that most 2017 Chevy and GMC owners should be able to get up to 200,000 miles or more out of their engines without having to deal with many of the issues mentioned here.

You may find yourself wrestling with one of the 2017 5.3 liter Chevy engine problems listed here, though. And you may be put in a position where you have to pay a lot of money to get them fixed. You can pay that money if you would like, or you can skip paying it and sell your Chevy or GMC for cash instead to bypass problems with it.

Cash Cars Buyer is always here to make you an offer for any car. Whether you have an old Chevy with a problematic Vortec engine in it or a newer GMC with an EcoTec3 5.3L engine, we’ll pay top dollar for it and take it off your hands. We’ll even pick it up from you to make the entire process as painless as it can possibly be.

Contact us today if you’re sick and tired of dealing with 2017 5.3 liter Chevy engine problems!