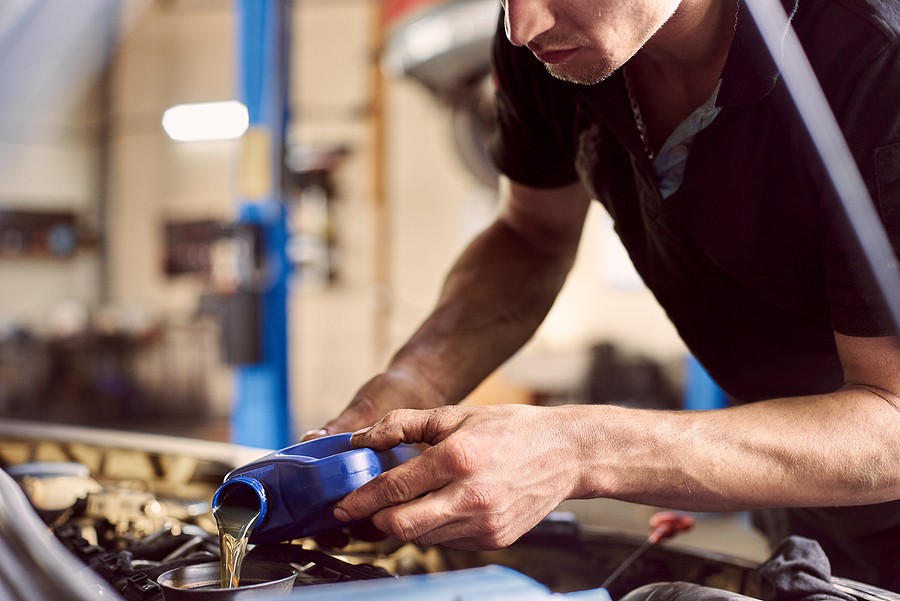 The Chevy 5.3 L V8 engine, also known as the Vortec 5.3 or the EcoTec3 is generally looked at as a reliable and trustworthy engine. The Vortec 5300 is a small block V8 that was produced in 1999 for the first time. Across several different generations the 5.3 engine was used in many popular Chevy models such as the Chevy Silverado, the Chevy Sierra, the Chevy Suburban, the Chevy Avalanche, the Chevy Yukon, and the Chevy Tahoe as well as other vehicles.

How Long Does a 5.3 L Chevy Engine Last?

Part of the reliability of this engine stems from its fairly impressive lifespan.  A Chevy 5.3 L engine can be expected to last somewhere between 200,000 to 300,000 miles. Some drivers have had trucks with this engine for close to twenty years and still have experienced no engine issues whatsoever. That's not to say you won't need to deal with problems relating to water pumps, hoses and gaskets, as well as spark plugs that require routine maintenance. But the engine block itself should last an extended amount of time.

Unfortunately, no matter how reliable an engine is, they're always going to be problems if you pop up.  If you're wondering if the 5.3 V8 is a good engine, here are some of the more common problems that drivers have faced with their 5.3 litre Chevy engine.

How Reliable is the 5.3 Chevy Engine?

As we said, the 5.3 L Chevy engine has been mostly reliable but there are a number of problems that are more specific to these engines that you may want to be on the lookout for.

Generation 4 Chevy 5.3 L engines, the ones that were made from 2010 through 2014 had some notable issues with excessive oil consumption. These were definitely more than what you would expect to be using up in a normal engine, which does make it a stand out problem and one you should be aware of if you're looking for a vehicle that was made between those years using this engine.

The problem is linked to an active fuel management system problem. Chevy uses the active fuel management system to turn off cylinders while driving to optimize fuel efficiency. Effectively what this does is turn your 8-cylinder engine into a 4-cylinder engine while you're driving in an effort to use less fuel and save you some money at the pumps over time. Unfortunately, this ended up putting some drivers in a position to use a new quart of oil every 1,000 to 2,000 miles or so. Normally in a vehicle like a Chevy Silverado you should be changing the oil every 3,000 miles to 5,000 miles.

A temporary fix for this was that you could actually turn off the active fuel management system in your vehicle, but it didn't really address the base cause of the issue.

There were also problems with the oil life monitoring systems in these engines. This relates to the sensors that let you know when you're running low on oil so that a warning light will come up on your dashboard to alert you to this fact and you can do something about it. Unfortunately, in some of these engines that system doesn't work properly, and some drivers reported some serious engine problems because they weren't warned that they needed more oil. The result of this was their engine essentially running out of oil causing serious damage as a result.

Normally if the low oil warning doesn't pop up you would still have a rough idea of what to expect because of the standard amount of time between oil changes. Unfortunately, if you're experiencing excessive oil consumption, you're going to run out much sooner than you would think, and without this monitoring system in place then the risk of damage to the engine was severe.

Ironically, the Ecotec3 engine did not really solve this problem with the AFM system. In fairness, it seemed to be reported less often than it did in the older 5.3 L Vortec engines, but it still popped up for some drivers who had the newer engines as well.

The same fix applied for the Ecotec engine as works for the Vortec engine where drivers had to shut off the AFM system. Considering that the AFM only managed to improve fuel economy by about 10%, it wasn't that big of a loss and the hassle it saved by ensuring you didn't have to frequently buy new oil and do oil changes was probably worth it to just shut down.

The 5.3L Vortec engine used port injection fuelling and the Ecotec3 engine used direct fuel injection. Since Ecotec engines don't use high pressure fuel flow they tended to get gunked up a little more easily. That buildup of oil and burnt fuel led to carbon buildup that ended up decreasing the volume of air through the intake in these engines.

The 5.3 L Vortec engines also had a problem with carbon buildup around the spark plugs. This typically happens in engines manufactured from 2007 to 2011. Carbon build-up caused by the PCV valve and the valve cover could end up causing the spark plugs to fail. In general, this was caused by either the active fuel management system or a problem with the positive crankcase ventilation system. Regardless of which one was the cause of it, one of them ended up spraying oil around the piston ring grooves that led to carbon buildup. Not only did this lead to that excessive oil consumption problem but the number 1 and number 7 spark plugs would fail prematurely.

In conjunction with this there were also symptoms related to engine misfires as well as some rough idling that would indicate this was the particular problem that this engine was facing.

One of the most serious problems you can face in an engine, and one that brings with it an extremely high repair bill that can get up to around $1,000, cracked cylinder heads were an issue that popped up with some Chevy 5.3 litre engines. Although this wasn't extremely common it was found that some of the cylinder heads made by a manufacturer called Castech. These cylinder heads had a manufacturing defect in them that could lead to a crack at a specific location. That in turn led to coolant loss overtime even though there was no visible indication of a leak.

Not every head made by Castech had this problem, but GM did release a technical service bulletin about it.

The intake manifold in the 5.3 L Vortec by Chevy was made of plastic and the gasket was known to be not particularly reliable. The manifold was prone to cracking because it was plastic and sealing it in place could cause issues with being over-torqued or the high heat of the engine could cause it to wear down and crack. This led to air leaks and a decrease in the intake pressure which meant less oxygen in the engine itself. Because the gasket was also known to be poor quality it can cause an additional leak in the manifold. Both of these mean that you're going to be running a lean fuel mix which lowered overall engine performance. This also led to rough idling, and the lack of power.

Chevy 5.3 L engines produced from 1999 to 2006 we're going to have problems with a fuel pressure regulator failing. This caused the fuel and air ratio to be thrown off in a way that would limit the truck's performance. That ended up leading to more issues relating to misfires, rough idling, a lot of vibrations during acceleration and bad spark plugs again.

The fuel injectors in a Chevy 5.3 Ecotec3 engine spray fuel at about 1500 PSI pressure. Because of that pressure and the high temperatures, they are under they can wear down faster than you might expect. They're also subject to being clogged or losing pressure. More often than not when these failed in Ecotec engines they failed completely. That meant it would either be permanently open or closed. In turn that means you are going to end up with a too rich fuel mixture or too lean fuel mixture because there is no control over the amount of fuel being injected.

The number of drivers experience what it's called piston slap, which is a kind of engine knocking sound after a cold start. The sound is caused by pistons rocking in the cylinder until they get up to temperature. The sound often resembled the noise you expect to hear from a diesel engine. Although this issue was generally solved by simply getting your vehicle at operating temperature, Chevy simply disregarded it as part of the normal operating procedure of the vehicle and foremost drivers it wasn't much of an inconvenience beyond that.

Even though there has been a number of issues over the last 20 plus years relating to Chevy 5.3 L engines, if you look at the big picture it's not as bad as it may seem. Chevy has produced literally millions of these engines over the years and the number that have had serious issues has only been a small fraction of the whole. Because of that you can feel confident that if you are buying a Chevy that has a 5.3 litre engine in it you will probably experience a reliable, and problem-free vehicle.

That said, since we have seen a number of problems related to these engines, there's no sense going into purchasing a Chevy with a 5.3 L engine blind. Knowing what the problems are means you know where to look or where to get your mechanic to look before you agree to put any money down on something. As we said, these are limited problems overall and the Chevy 5.3 L engine has an excellent track record of extremely long life and extremely reliable service, but it never hurts to be prepared. No engine can be one hundred percent perfect across the board, especially when produced in the numbers that Chevy makes them. Now that you know the issues however you can be prepared before investing your hard-earned money and time and getting one.