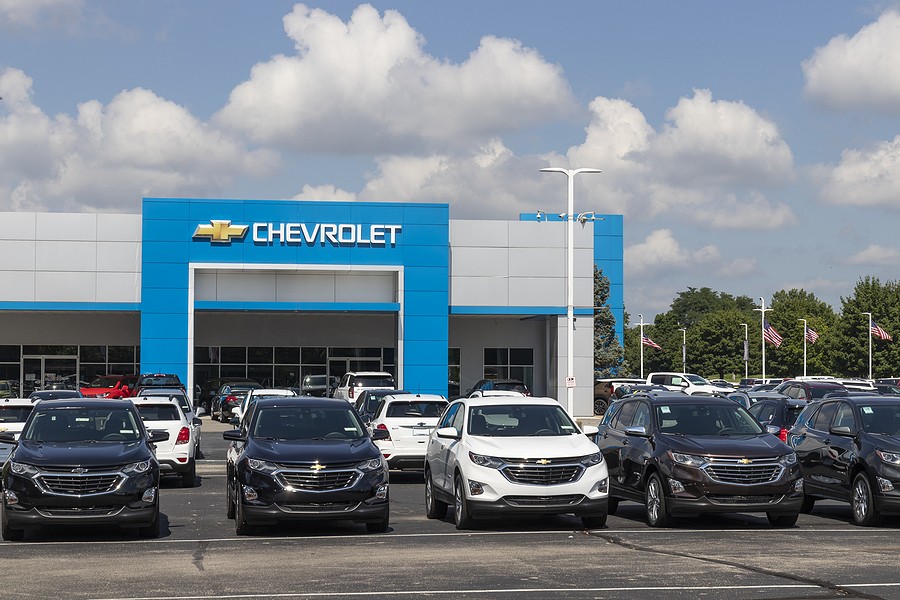 Most owners realize when purchasing a used car that it will require some investment, but no one could anticipate the investment the 2011 Chevy Traverse needs. It has many recalls and is commonly known for engine failure, steering issues, and heating and cooling issues.

Chevrolet is a huge name within the automotive industry; however, the Chevy Traverse has hurt Chevrolet’s reputation. This model has had several issues throughout the years making drivers question its safety and reliability.

When it comes to Chevy, it’s an American classic. The name holds a lot of value for consumers, especially across the mid-west. The 2011 Chevy Traverse puts the reputation into jeopardy in many ways.

For some, the 2011 Chevy Traverse turned out to be a lot more than they bargained for.

Certain parts of a vehicle can be fixed at a lower cost, but that is not the case with the 2011 Chevy Traverse. These problems come at a high cost; owners frequently replaced the engine for around $6,000. That’s a lot of dough to drop on a car that’s a decade old.

This article outlines the common issues that occur in the 2011 Chevy Traverse and where applicable, the current estimate of replacement. Remember, these estimates are just that: estimates. They vary depending on severity, location, availability of parts, and amount of labor required.

Unfortunately, the issues the 2010 Chevy Traverse had were not serious enough for Chevy to redesign, and as a result, meaning the same problems occurred in the 2011 Chevy Traverse. The main issue included engine problems that began around 70,000 miles.

Later, the Traverse earned a spot at the podium with remodels in 2012 and 2018. This is what makes the 2010 and 2011 models such a dangerous situation. People who don’t do the research believe in the modern-day Traverse’s reliability and reputation. Not all years are built equal, though.

The main issues included engine failure, timing chain code issues, the check engine light illuminated, and losing power while driving. Each of these issues are a headache on their own, but when you drive an older car with a lot of miles on it, you could be asking to be hit with several at once.

Some of the engine failure issues were linked to clogged catalytic converters. Some meant the timing chain was broken. Unluckily, no one diagnosis could resolve this issue and almost all of them ended in engine replacement.

On average, this costs $6,000 to fix as the main solution is replacing the engine. If only the timing chain code issue needs to be fixed, it averages $2,600 while the illuminated check engine light issue costs around $1,800. Regardless of the repair, they are all incredibly costly.

In addition to engine issues, the 2011 Chevy Traverse had steering issues too. The main problems were that the power steering stopped working, odd noises occurred while turning, and a leaking steering rack seal put safety at risk.

The odd noise while steering was annoying to drivers. The solution meant replacing the rack and pinion for about $1,000.

It’s common for the vehicle owners to write off these steering problems due to the car’s age, especially when it’s ten years old or older. However, steering issues are no joke. Have them checked out by your mechanic right away.

Just as with the engine issues, none of these are simple, cheap problems to deal with. Worse, if steering fails while you’re out on the road, it could be downright dangerous.

As if engine and steering issues weren’t enough, the 2011 Chevy Traverse also had heating and cooling problems. This included the heater or air conditioner not blowing the correct temperature and the pressure hose failing.

Luckily, of all the issues, these tend to be the simplest to manage. The correct temperature issue could be resolved for around $350 by a mechanic replacing hoses, lines, or the AC compressor. If the hose failed, the pressure line needs to be replaced which costs about $800.

In some cities, a little climate control incident is no big deal. However, in cities like Chicago, which are known for brutal winters and severely hot summers, perhaps this issue is grand enough to merit a call to the junkyard.

Because of the severity of the issues with the 2011 Chevy Traverse, there are several recalls, including:

Each recall is for a specific model and year, so you should check with a GM dealership to be sure of the recall status for your vehicle. Have your Vehicle Identification Number (VIN) ready.

Is the 2011 Chevy Traverse Reliable?

Chevy is one of the most popular car brands, and while the Chevy Traverse is a decent mid-size SUV, you should avoid buying the 2011 model if you can.

People like the car because it was not quite a minivan and not a large SUV. It looked great inside and out, helping it compete with the rest of the models in its class.

Despite its features, there are too many serious issues to deal with. Imagine driving your kids to soccer practice to suddenly have the engine stall and fail, or worse, cause an accident. The 2011 Chevy Traverse is unreliable because of the aforementioned issues.

How Many Miles Can I Drive a 2011 Chevy Traverse?

Use car buyers want to know how long a car will last before serious problems occur; this is especially important if you are buying a 2011 Chevy Traverse.

Like most cars, the Chevy Traverse should last over 200,000 miles if taken care of properly. This includes have recommended services done, regularly scheduled maintenance and inspections, and all recalls repaired.

However, this is a tough question to answer. Many engine issues occurred around 70,000 miles. If you are purchasing a used 2011 Chevy Traverse with over 70,000 miles, you must ask about the status of the engine, in addition to other questions.

If the engine has not been replaced and you purchase the vehicle, it could soon be your turn to replace the engine. At that point, it may not be worth an additional $6,000. You would be better sending it to the junkyard.

Keep in mind that the average car lasts about twelve years out on the open highway. However, this car, assuming the average of 10,000 miles a year, has been headed to the junkyard at only seven or eight years of age and beyond. In some cases, sooner!

Buying a 2011 Chevy Traverse is a financial and safety risk, especially if the vehicle has had multiple owners and maintenance can only be tracked so far.

Chevy Traverse engine replacement is very costly. If you don’t have an additional $6,000 lying around, think twice before purchasing this car.

How Much Should I Pay for a 2011 Chevy Traverse?

The purchase price of a used 2011 Chevy Traverse all depends on its condition. How was the car maintained? Were the recalls repaired? If so, be prepared to pay more.

It also depends on mileage. The manufacturer’s suggested retail price when the car was released was over $29,000.

Remember, this is not a reliable car and unless you are willing to put in an additional $6,000 to replace the engine, the listing price may not be worth it.

Bonus tip: To see how well the car has been maintained, ask a Chevrolet dealership to run the Vehicle Identification Number (VIN) against its database to see what recalls were ordered and which were performed. Cars with a great dealership record are generally more reliable than those without.

Remember, you get what you pay for. Be wary of any great deals that seem too good to be true; the car probably has problems – additional payments could be necessary in the form of high repair bills.

The 2011 Chevy Traverse is an excellent vehicle for big families. Not only does it have reasonably good fuel economy, but it also looks great. In 2011 the vehicle was almost glamorous because it was seen as spacious and sleek.

When released, the favorite features included rollover mitigation technology that improved emergency maneuvers while driving and the smart slide second-row seat that created a wide pathway to the third-row seat.

There are several models of the 2011 Chevy Traverse, each varying in features and price.

2011 Chevy Traverse Problems: Send It to the Junkyard

If you are the current owner of a 2011 Chevy Traverse you may be worried. The engine, steering, and heating and cooling issues are a frightening addition of things to worry about in addition to normal car maintenance. If you haven’t had these problems yet, you’ve been lucky.

Sadly, this happens to all car owners. There comes a point in time where the car is no longer worth the investment, and it is time to say goodbye. If you don’t want to keep your vehicle, sell your car to a junkyard and make some extra money to put towards a safer vehicle.

To make this lesson count, remember that the car’s already a sunk cost. You can’t rescue it with more and more repairs unless you plan on restoring the vehicle as a collector or classic vehicle. In other words, this could be a great project car for a car hobbyist or mechanic. Otherwise, it’s not a good idea.

You don’t want to end up on the side road, or worse, in an accident, having to replace the engine on a vehicle that is not worth your safety.

If somebody offers you a 2011 Chevy Traverse, remember the questions to ask: How’s the steering? Have any recalls been performed? How’s the mileage?

If the case doesn’t sound promising, keep on shopping!