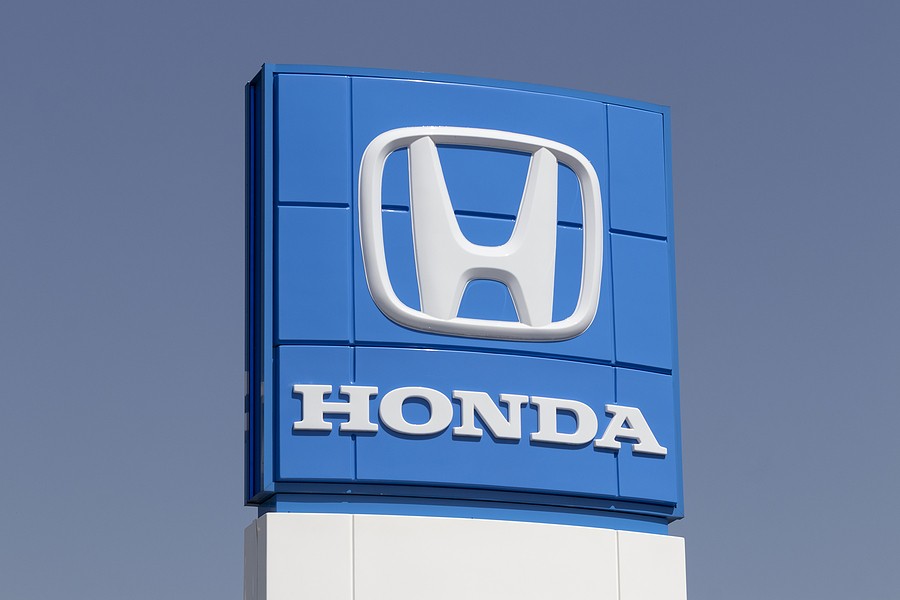 Despite Honda’s reputable car production, it has created some unreliable cars including the 2003 Honda Pilot. It has a massive 14 recalls and additional car problems related to the interior and transmission. As time passes, this car should be sent to the junkyard if you can’t afford the repairs.

Several years of the Honda Pilot have issues, but none as bad as the 2003 model. The repairs are costly and occur at low average mileage. The most common problems are the interior and transmission, but it should be noted that eight of the 14 recalls are related to airbags.

Originally, people liked the Honda Pilot because they trust Honda. They also thought the expansive size was a plus. These car owners quickly turned around and started to complain about how the interior design uses many rigid plastic parts and that the back row of the car doesn’t provide much space.

Later, transmission problems, among a slew of others, started to make the car seem like a veritable lemon. This raised eyebrows at garages across the country as mechanics started to ask the question: What’s wrong with the 2003 Honda Pilot? The answer: a lot.

Granted, these recalls and problems started to spring up years ago. In 2021, this vehicle model has already got about 18 years on the road. The average lifespan of a vehicle in this day and age is twelve years. Six years later, there isn’t much to be expected from 2003 Honda Pilot.

This blog outlines the common problems that occurred in the 2003 Honda Pilot and when applicable, today’s estimates of the repairs. Remember that every garage and mechanic is different; the price will vary depending on the location, availability of parts, and labor.

The doors not locking properly or the lock actuator failing could relate to a blown fuse or wire. A blown fuse is normally a cheap and easy fix. The wire, while not as cheap and easy to fix, still doesn’t compare to more expensive repairs like a transmission replacement.

Some of these interior problems may be chalked up to “details” by the used car salesperson pressuring you to sign off on a 2003 Honda Pilot deal. Don’t fall for it. These problems demonstrate the car’s current condition and quality, inside and out.

The most serious of problems, the hallmark complaint, with the 2003 Honda Pilot is the transmission.

These problems included transmission failure, the D light blinking, the torque converter making odd noises, the car not being able to engage in certain gears, the transmission jerking, and the radiator leaking.

With a vehicle as troublesome as the 2003 Honda Pilot, you might assume it’s the latter.

If the transmission jerks or doesn’t engage in certain gears, it could stall or fail while driving. Not only is this frustrating to deal with, but it could also cause an accident or serious injury to the driver, passengers, and anyone else on the road.

Not everybody is on the lookout for a stalled car when zooming down country roads, for instance. If there’s a day the engine stalls, and you can’t get it up and moving in time, you could cause an accident.

The radiator leaking can cause transmission failure in this vehicle. Radiator valves could be damaged due to normal wear and tear meaning a leak could occur. This would be best confirmed by a mechanic to ensure the proper fix is made.

The transmission has often failed around 120,000 miles, and if it needed, replacement costs on average run as much as $3,500. If the transmission or torque converter could be rebuilt, it could cost less, although it is still expensive.

Another problem with the 2003 Honda Pilot is the braking system. Drivers complained of a vibration when braking related to the front brake rotors warping. If this occurred and the brakes were worn too thin, they needed to be replaced.

It goes without saying that brake problems are a major concern when it comes to vehicle safety. Years later, a 2003 vehicle probably doesn’t have the best brakes to begin with unless they’ve been upgraded and maintained throughout the years.

Besides driver complaints, there are a whopping 14 recalls specifically for the 2003 Honda Pilot.

Of course, with a vehicle with such problems, the 2003 Honda Pilot has had plenty of recalls to date.

If you own a 2003 Honda Pilot or are interested in buying one, you should check out the status of recalls on the vehicle. Have the Vehicle Identification Number (VIN) ready and call your local Honda dealership for advice.

Be mindful that some recalls don’t sound like a big deal, but they all must be done. There’s no sense in risking an airbag malfunction recall – you never know when you’re going to need that safety feature!

With all of the problems and recalls, people ask if the 2003 Honda Pilot is a good car. Despite its problems reducing the safety of this vehicle, drivers still give the car a high-reliability rating.

When released, the 2003 Honda Pilot blended the best features of an SUV and a minivan. It was a comfortable ride, had a well-designed interior, and good fuel economy. If the car has been well taken care of, and gets you from point A to point B it could be reliable.

Hondas are known for surviving a lot of mechanical trauma, turning over on the coldest of winter mornings, and making it long distances without issue.

Perhaps nowadays, those who say the 2003 Honda Pilot is reliable have been lucky or consider themselves loyalists to the model. With the list of problems already presented in this blog, the recommendation here is to look for something a little newer and with fewer problems.

How Many Miles Will a 2003 Honda Pilot Last?

If you are thinking of purchasing a used vehicle, one of the most commonly asked questions is how long the car will last and for those interested in a 2003 Honda Pilot, it is especially important.

The answer to this question is unclear as it depends heavily on how the car was used and maintained. Most anticipate the 2003 Honda Pilot will last only 150,000 miles although some drivers have reported getting over 300,000 miles.

This car is notorious for being expensive to repair and with the number of complaints and recalls, it is often easier for the owners to send the car to the junkyard. In other words, if you’re thinking of taking on this automobile years after its release date, then prepare to invest in repair bills.

Buying a used 2003 Honda Pilot is a big risk. Without all of the records, it is difficult to know what repairs have been made and how the car has been maintained. You could end up with expensive repairs shortly after purchasing the vehicle. If that doesn’t interest you, stay away from purchasing this car.

The answer to this question depends entirely on the condition of the 2003 Honda Pilot, repairs made, and mileage. If all of the repairs have been made and it has lower mileage, prepare to pay more for the vehicle.

Don’t buy these vehicles from unreliable vendors, and you should have fewer issues. For example, buying a 2003 Honda Pilot from a garage may be a fairly safe plan. They probably did the repairs before selling it (ask for proof, though). They might even offer a guarantee.

If you plan on buying this car in a back-alley deal based on some classifieds listing, be careful. You could be in over your head when the vehicle beings to fall apart and you have nobody but yourself to back you up.

Remember, this car is reliable only if properly taken care of. Use that information to get a better deal on the purchase price.

Despite its problems, the 2003 Honda Pilot makes plenty of drivers happy. The interior is spacious and the ride is comfortable. It is an average cost of its competitors in the SUV class. It looks big and important bolting down the expressway.

If you are the owner of a 2003 Honda Pilot, you may feel one of two things: relief that others are experiencing the same issues or fear that you will soon have to deal with these issues.

Unfortunately, every car owner deals with problems, repairs, and recalls at some point in time. It’s one of the most frustrating parts of being a vehicle owner.

It is up to you to decide what to do with the vehicle. If your car has reached the point where it is no longer worth the investment, say goodbye and send it to the junkyard.

If the car is worth the investment, have it thoroughly inspected by a mechanic, particularly for the problem areas. Check up on outstanding recalls that need to be repaired. If you repair the vehicle and properly maintain it, it could last you longer and allow you time to purchase a new vehicle.

If you ignore these problems, you may end up stranded on the road or worse, in an accident.