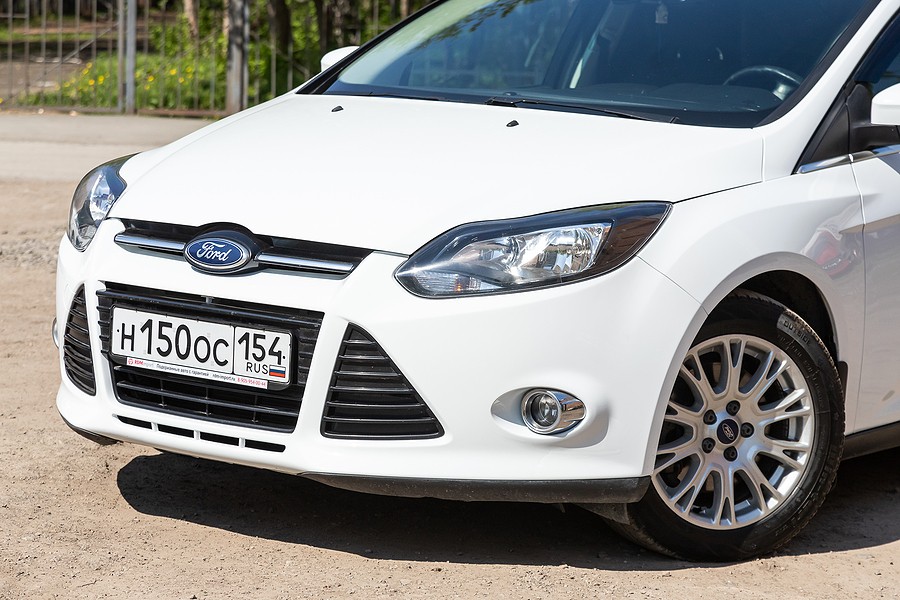 The Ford Focus was introduced in North America in the year 1999 and they continued production until 2018. While it was a very popular model during its time, and during some years sold nearly quarter of a million units, it was not without its problems.

The 2002 model year for the Ford Focus was plagued with problems. In fact, Carcomplaints.com, a site that catalogues issues with every make and model of vehicle, has given the 2002 Ford Focus the worst possible rating that it has. It's literally called ‘avoid like the plague.’ This is a very problematic vehicle and probably not worth your time if you're looking to buy one.

If you have one already, or you're not sure what makes this vehicle such a problem, Let's start by taking a look at the alternator.

What is an Alternator?

Most people believe that the electrical power in their vehicle is supplied by the battery. That is not technically true. The battery is what provides the power to start your vehicle. When your car is running, the alternator is what generates the power to keep things going.

The battery is what kicks the starter motor into gear when you turn the key in the ignition or press the button to get your car started. At that point the alternator takes over and not only keeps the electrical systems in your vehicle like the radio and the lights running, it also charges the battery to keep it operational.

Those who are not entirely familiar with the functions of a car probably hadn't thought of this before, but that is the reason why you can drive for many hours without killing your battery but if you park the car and leave the headlights on for too long the battery will be dead by the next morning. It's the alternator that allows your battery to maintain a charge.

If you happen to have a bad alternator in your 2002 Ford Focus right now, replacing that yourself would not be the easiest thing to do. It's a bit of an involved repair job and is likely best left to a professional. Still, if you'd like to know more about it, you can check out a video like this one to get a good walkthrough of where it's located in the vehicle.

Among the myriad of problems that owners of the 2002 Ford Focus experienced was an inexplicable issue with alternator failures. According to Carcomplaints.com, there have been some Ford Focus owners who have complained of having to replace an alternator as many as three or four times. Because the car is so old at this point this is all out of warranty, so the cost falls on the owner rather than Ford for these replacements.

The cost of replacing an alternator in a 2002 Ford Focus is around $340. The problem typically arises around 66,000 miles. Some drivers reported having these alternator issues within the first four or five years of ownership.

One of the main problems as it relates to this issue is that there doesn't seem to be any particularly easily identifiable cause. Typically, if an alternator fails it's for an easily definable reason. And often that means when you replace it, it works fine again. For the alternator to continually fail means that there is a larger issue with the electrical system in the 2002 Ford Focus. Unfortunately, this was never properly diagnosed in any way.

Without an adequate reason for why the alternators continue to fail a 2002 Ford Focus, the problem is one that was left to continue repeatedly. This was never an issue that was officially acknowledged by Ford. There were 9 recalls that apply to the 2002 Ford Focus model year, however none of them were related to alternator issues.

The complaints on Carcomplaints.com relating to the alternator issues were of a very severe nature. One driver related having to replace the alternator on their vehicle every 6 months. That's a remarkable repair to have to go through with that frequency.

When you factor in the other issues that were abundant in the 2002 Ford Focus, In particular relating to an intake seat valve that would fail and cause the valve to fall into the cylinder essentially destroying the entire engine and ruining the car, you can see why worrying about this in the year 2020 is very impractical.

According to Edmunds.com the value of a 2002 Ford Focus today ranges from about $392 on the low end up to $2,068 on the high end of the spectrum. Imagine having to spend nearly $400 every 6 months to repair a vehicle that may not even be worth $400.

For this reason, if the alternator is bad on your Ford Focus it's not likely to even be worth keeping the car around to be repaired.

The National Highway Traffic Safety Administration, or NHTSA, is the agency charged with vehicle safety in the United States. When consumers have complaints with vehicles, they will often lodge them with the NHTSA to make it formal. Enough complaints about a certain problem or a certain vehicle can instigate an investigation. Oftentimes these will lead to vehicle recalls or even lawsuits on behalf of consumers.

According to the NHTSA website, they received nearly 1,000 complaints about the 2002 Ford Focus. This led to a total of 5 investigations. Compare this to the 2002 Toyota Corolla’s 147 complaints or the Volkswagen Passat with 650 complaints.

A full quarter of the complaints lodged with the national highway traffic safety administration relating to the 2002 Ford Focus were in relation to electrical issues.

Complaints have been lodged as late as 2018 about the 2002 Ford Focus and its electrical issues. Many of them detail similar stories of having replaced both the battery and the alternator but the problems persist. The symptoms of this can include things like the electrical system failing without warning while driving.

Many of the complaints were just minor issues with those electrical problems and things not working properly with cutting out. Others have been consistently more severe overall. At least one driver reported that the electrical system would cut out in the middle of driving when they were no longer depressing the accelerator. In these instances the car would shut down and they narrowly avoided an accident on more than one occasion.

Another issue that was prevalent with some owners of the 2002 Ford Focus was that even when the vehicle was taken into a mechanic to try to figure out what was wrong, it was not always easy to replicate. The alternator problems were inconsistent in nature and sometimes electrical systems would fail, sometimes they wouldn't. That means it was not able to be properly diagnosed. Part of the reason why it was never formally declared an issue by Ford and no recall was ever issued.

It's hard to put a number on how many 2002 Ford Focus owners experienced issues with their alternator. We only have limited information based on the ones who did report problems, and because there were such a wide variety of other problems with the 2002 Ford Focus ranging across suspension issues to engine problems and beyond, it's possible that the alternator was just one of many problems that was never adequately specified.

What Happens When an Alternator Fails?

The biggest concern with the alternator failing in your 2002 Ford Focus is the potential for both damage and physical injury when this occurs. The loss of electrical power in your vehicle can cause your vehicle to not start properly or even stall out while you're driving. This is a serious safety concern when you're behind the wheel. If your electrical systems fail and you lose control of the vehicle in some way, then you're at the mercy of wherever you might be on the road at the time. This could lead to accidents, and even death in serious circumstances.

The less immediate issues with a problem like this are the financial concerns involved with your alternator failing. It's possible that your battery can suffer as a result which would require you to replace it far more often than is necessary. And, as we've seen, some drivers had to replace the alternator several times. That becomes a costly repair overtime. When the vehicle isn't even worth as much as the cost of repairing it, then you definitely have an issue.

You'll have considerable other problems in your vehicle when the alternator is not working the way it should.

As we've said, the Ford Focus has been a fairly popular vehicle for a number of years. Later models were free of many of the issues that these earlier models were plagued by. Even though the Focus is no longer produced by Ford, late models such as the 2017 Ford Focus and the 2018 Ford Focus were relatively problem-free. They were consistent and reliable vehicles, and because they are much nearer they feature a lot more of the kind of amenities that modern drivers are looking for.

The 2002 Ford Focus was saddled with too many issues to make it a recommendable vehicle. In the grand scheme of things, if you're looking for a used car that you can get chiefly, there are probably better models that you could take a risk on. Even though you can get a Ford Focus for probably under $500 easily, the chances of something going catastrophically wrong with it are just too great.

The 2002 Ford Focus has too many problems with things like the engine and the alternator for you to bother risking your time and money on. There are definitely better options out there for you.