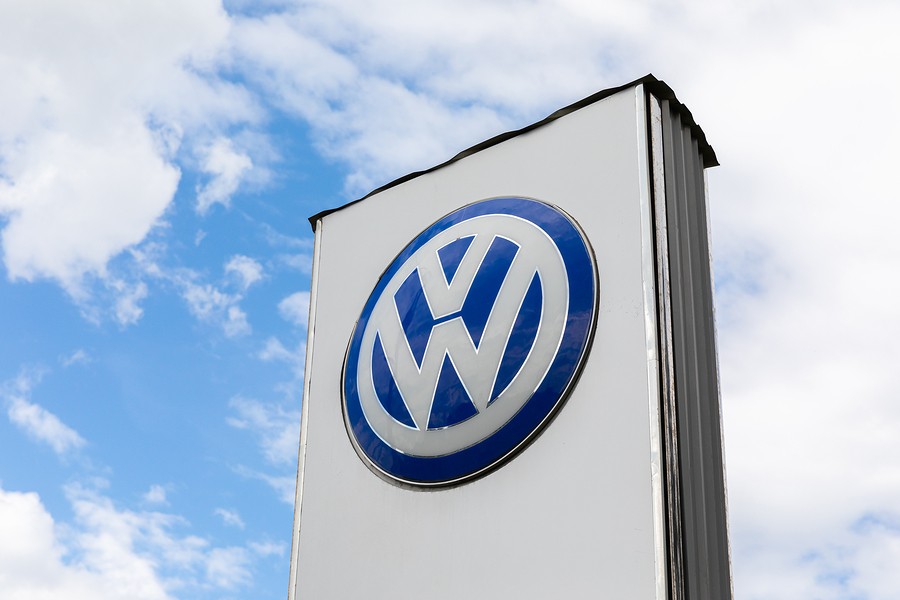 For years Volkswagen has been known as one of the most reliable automakers in the world, which is why the Jetta vs Passat battle is one a lot of drivers are interested in. The Jetta, a compact family car, has been on the market since 1980 and over 14 million of them have been sold. It’s the most popular model Volkswagen currently has in production. But how does it stack up to the Passat?

The Passat is slightly older than the Jetta, first hitting the market in 1973. In 2012 it was Motor Trend’s Car of the Year and in 2019 it cracked 30 million units sold making it the best-selling mid-size car in history. These are two titans of the road and both have a lot going for them. But how do they stack up in real terms? Which is going to be the best for you? Let’s take a look at the Jetta vs Passat head-to-head!

Let’s start at what is going to be the most important factor to consider for most drivers. Which car is most reliable between the Volkswagen Passat and the Volkswagen Jetta? According to a straight comparison on RepairPal.com, the Jetta vs Passat battle for reliability has no clear-cut winner. Or maybe a fairer way to say it is that they are both winners. According to the drivers of each vehicle, both the Passat and the Jetta are fairly reliable cars with very little difference between the two. Repairs needed on both cars occur less frequently than other cars in their class on average, and when they do require repairs, they are less severe and less costly than on most other cars. So, you really can’t go wrong with either the Jetta or the Passat in that regard.

If you head to JD Power and Associates, you'll see that the Jetta is slightly ahead here. They scored the Jetta a 3.5 on reliability while the Passat got a 3 in 2019. Since both cars are made by Volkswagen, both come with the same 6-year/72,000-mile warranty, which is better than industry standard.

At the end of the day, it’s hard to argue that one of these cars is so much better than the other that you could really recommend it and warn away from the other. This is mostly a matter of personal taste as it relates to the other pros and cons of the vehicle. So, call this one mostly a stalemate with a slight edge for the Jetta.

You need to factor in other expenses when you're determining the price between a Volkswagen Jetta and a Volkswagen Passat as well. One of those things you should consider is your average annual repair cost, because every car is going to have to have some basic routine maintenance. Luckily both the Jetta and the Passat are actually fairly repair cost friendly and also very similar over the course of a year. On average, you’re looking at $639 in annual repair costs for the Passat and $609 for the Jetta. That puts both of them on the low end of repair costs compared to similar vehicles meaning either is a good value.  Really, the big decision here you need to make isn't about price so much as value. If you need a mid-size car, then the Passat will be a better value. If you’re good with a smaller car, then the Jetta is your best bet strictly by the costs.

Based on testing from the Insurance Institute for Highway Safety, if you're comparing the 2020 Volkswagen Passat straight up to the 2020 Volkswagen Jetta, you're not going to find a huge difference in safety ratings. Both cars rank as good almost universally across the board but there were slight, very small exceptions. The Jetta ranked higher overall by a very thin margin, but both of these cars were exceptional across-the-board, and the difference is so minimal it's barely worth even pointing out. If there has to be a winner, it's the Jetta. But if you're worried about safety for you and your family either one of these vehicles is probably a good choice as they do rank higher on average than other cars in their class.

Both cars come with a variety of safety features such as back up cameras, blind spot monitoring, rear cross traffic alert, forward automatic emergency braking, adaptive cruise control, and active lane keep assist but they’re not standard on all models so you’d need to check with your dealer if these are features you have an interest in.

The 2020 Passat is also currently under a recall related to the headlights. There are situations in which the headlights can be adjusted out of alignment, causing a problem with visibility and safety. This recall affects a fairly large number of vehicles, over 600,000.

The Volkswagen Jetta boasts some solid handling that keeps it on the road where you want it to be and is very responsive. It’s not the sportiest car, and older models were a little sportier than the current lineup, but it handles even the curviest roads with ease. It tends to be very smooth and quiet as well.

The Passat handles well and is an extremely comfortable car to drive but it would arguably be even less sporty than the Jetta. The Passat is also a wider vehicle, so it does feel like it dominates the road a little more than the Jetta does. That also means parking it takes a little more time and consideration since the Jetta can slip in and out of even the narrowest spaces more easily. That said, they both have the same turning radius so that makes it seem like they fit in and out of spaces the same, but the dimensions of the Jetta will make it seem a little slicker and faster.

The Passat does have a larger fuel tank, clocking in at 18.5 gallons while the Jetta is carrying a 13.2 gallon tank so overall you’d likely not notice which one you are fueling up more often, but the value is still better in the Jetta. And that does track because, again, the Jetta is a compact car.

Well, this is maybe less important for some drivers than others, you can't overlook the importance of having a comfortable ride. Considering that you're going to be in this car may be for several years to come you really want to make sure that you actually feel good while you're driving it. With that in mind, the Passat usually wins out in terms of comfort as rated by drivers. Because the Passat is a larger car, it means you have a bit more leg room in the back than you're going to find in the Jetta, which gives it points in the comfort column. The Passat also comes with standard heated seats and that fake leather upholstery that you have to buy as an upgrade if you want it in the Jetta. For those reasons, the Passat just slightly edges out the Jetta in terms of comfort in a straight-up battle between the two.

No surprise here the Volkswagen Passat would be the winner for cargo space simply because it's a larger car. The Passat comes with a 15.9 cubic foot trunk well the Jetta has 14 cubic feet. Not a huge difference, but it still gives the edge to the Passat. And that makes sense since it's a midsize car compared to the compact Jetta.

When comparing engines there’s not a huge difference between the Passat and the Jetta. Both have a 4-cylinder that offers up 174-horsepower in the Passat and 147-horsepower in the Jetta. The Jetta is quicker on pickup though and will accelerate faster, but neither of these cars is really the sort of thing you buy to tear up the streets so the difference may be negligible to most drivers.

In general, these cars are on the same level of things like speed and torque so any consideration you give to this level of performance should probably be a secondary or tertiary concern, if it’s even a concern at all for you.

Likely because the Passat is the larger and more expensive vehicle, the interior features tend to be a little nicer overall. You’re looking at a 6.3-inch touchscreen for the infotainment system, HD and satellite radio, several USB ports, push-button start and VW Car-Net App-Connect system so you can connect with your phone. The Jetta is missing a lot of those features in its standard model, but weirdly it has a larger touchscreen coming in at 6.5 inches.

In terms of interior feel, the Jetta actually edges out the Passat just because of the materials used. The Passat still has a lot of hard plastic materials that make it feel a little cheaper than it actually is. The Jetta chose softer materials, things like fake leather, and it’s all laid out cleanly and simply. It may not be luxury-car level, but it looks nice, and it gets the job done. The Jetta looks just a bit outdated by comparison.

Is a Jetta a Reliable Car?

As you can see when you straight up compare the Jetta to the Passat, it is a reliable, safe, and cost-effective car. It’s small and handles well and it won’t break your bank account either. Repair costs are low and major problems are, on average, few and far between. The Jetta is definitely a reliable car.

Is a Passat a Reliable Car?

The Passat has the room you need for a family, it has some more power, good comfort, and lots of features to make your drive safe and enjoyable. Fuel costs are comparable to others in its class as well, meaning that you’ be making a good choice if you invested in a Volkswagen Passat. As we covered recently, JD Power ranked the Passat as the number two mid-size model for 2020 right behind the Buick Regal, so here is some serious clout supporting this as a good option for you and your family. So yes, the Volkswagen Passat is a reliable car.

Is Jetta Better Than Passat?

This is a very hard question to answer because it always depends on what you need your car for. If you have a big family, if you’re going on long commutes, if you like to load your car down with lots of gear, all of this will affect which car is better for you as opposed to which is better in general.

If we’re just looking at each of these cars by the numbers and we don’t care about where and how you drive, you could argue that the better car is the Jetta. It’s cheaper, it’s slightly safer, and it has better fuel economy. But the Passat is larger, more comfortable, and more powerful.

Because these cars are so close in nearly every regard, you’d need to answer for yourself which one is “better.” Now that you know what each model has going for it, that’s a much easier prospect.