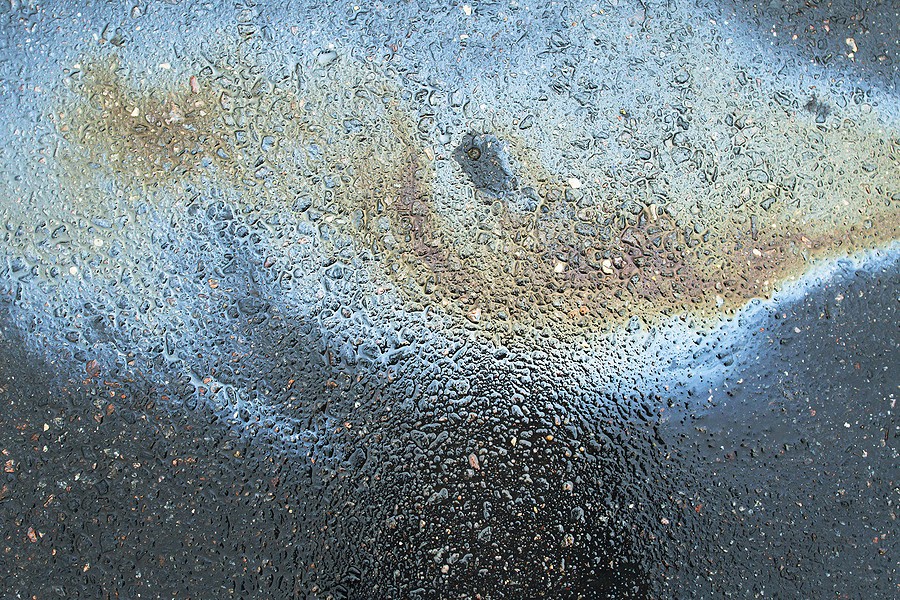 One of the last things you would want in your vehicle is a broken air conditioning unit, making your ride surely uncomfortable. The modern air conditioning system is made up of numerous independent components that must function in unison to convert heated air to cool air. The AC evaporator is the most important portion of a car air conditioner. The question now is, “Will I damage my car if I don’t fix an evaporator core leak?” While there are no immediate risks to your car in leaving an evaporator that is leaking there are other bad consequences other than no cold air in a bad summer heat.

The evaporator core, also known as the evaporator, helps manage AC temperature by cycling refrigerant through the system–basically turning heated air to cold air with the engine's blower fan and compressor. This process is disrupted by a leak in the evaporator coil, which finally causes the system to fail.

Keep in mind that when you use the “defrost” feature in the winter, the A/C system is turned on, so cleaning that foggy windshield will also be made difficult.. Also, you should look into the cause of your core evaporator leak as it may be another totally different cause for concern.

So “Will I damage my car if I don’t fix an evaporator core leak?” Not really. So others just choose to temporarily remove the evaporator and then proceed to clean out what is blocking it. That is simply a cheaper option. And also most people would just choose to have the evaporator drain blown out. Many are satisfied with that option. Not having the issue fixed will eventually lead to mold and mildew, which could later on cause your whole car interior to stink.

Will I Damage My Car If I Don’t Fix An Evaporator Core Leak: The Basics

Before we answer the question, “Will I damage my car if I don’t fix an evaporator core leak? –we must first figure out what the evaporator does. The evaporator is in charge of producing chilly air. The term ‘creating' is a misnomer because it actually serves as a dehumidifier and heat remover. So, how does it do that?

The cold refrigerant cools the warm air that enters the evaporator fins. The air and refrigerant never come into contact, yet the evaporator's metal changes the temperature. The evaporators now chilly air blows into the car's cabin via the blower fan, where you can feel the cool, dry air.

Moisture from the air gathers on the evaporator's cold metal surface and drips into a collection drain tube. These drops may collect in a little puddle beneath your parked automobile. This is very normal behavior. While the air conditioning is on, the cycle repeats, resulting in cool, dry air inside the vehicle.

You wouldn't have cold air conditioning without the evaporator, making those hot summer days more unpleasant. Because it is located in the dashboard, it might be difficult to access, making it a significant replacement task. So, what can you do to avoid failure? Make sure your air conditioning system is serviced and checked on a regular basis.

How do you know if your evaporator core is bad?

Again, will I damage my car if I don't fix an evaporator core leak? No, but you will experience these inconvenient symptoms. Poor performance is the first sign of a damaged AC evaporator, as it is with most system problems. The AC evaporator is the main component that removes heat from the air, so failure is easy to spot. There are, however, four other warning signs of a faulty AC evaporator:

How much does it cost to fix an evaporator leak on a car?

For these estimates, assume $100 per hour for independent shops and $150 per hour for dealerships. Labor would cost around $360 at an independent shop, and an aftermarket evaporator would cost between $40 and $65 depending on the brand. Because this vehicle requires the evaporator to be removed in order to replace the expansion valve, it is a good idea to do so now. The cost of an aftermarket expansion valve would be between $25 and $50.

If the dashboard must be removed, it is strongly advised that it be done at the dealership to ensure that it is properly reinstalled. If not properly installed it could cause rattle noises or electrical harness damage.

Will I damage my car if I don’t fix an evaporator leak? Nope. But you can enjoy the most significant advantage of having your EVAP system fixed or rebuilt as you will get greater gas mileage. You'll save money on gas and get more mileage from a single tank. In addition, you'll emit fewer emissions. Only after you've had the new EVAP system installed can you pass an emissions test if one is required. By storing vapors from evaporated fuel and returning them to the fuel tank to be reused, the fuel evaporative system (EVAP) reduces emissions.

You can certainly save money by doing the work yourself, but you should be aware that this is a job best left to someone with experience. It can be a time-consuming and complex task, and it is easy to make a mistake when diagnosing a problem. So, if you have no prior experience with this particular issue, you should leave it to the professionals. You can compare costs to get a better deal, and comparing both labor and part costs is often the best way to save money on this type of repair.

But if you do decide you want to do diy repair make sure that the system has been properly evacuated before performing any a/c system repairs, and that there are no positive pressure readings on gauges. The procedure for removing and replacing the evaporator core varies depending on the make, model, and year of the vehicle. In most cases, the entire dashboard must be removed to gain access to the HVAC evaporator case.

How much does it cost to replace an evaporator core?

If your evaporator needs to be replaced, you should budget between $850 and $1,100. This includes parts and labor, and the cost will vary depending on the type of car and whether the problem has damaged other parts of the car or the AC system.

Having your AC evaporator replaced essentially entails removing this single component, inspecting the surrounding components for damage, and then replacing anything that is damaged. It's much more complicated than that, and it's not something you should attempt on your own, but if you catch the problem early enough, you shouldn't have to pay for a lot of extra repairs. If you've driven your car for more than 100,000 miles and haven't had the AC unit checked, you should definitely get it checked to avoid problems like a faulty car ac evaporator from becoming much worse.

The immediate benefit of having your AC evaporator replaced is that you will feel colder air coming through your car’s vents. Without this component working as it should, the air will be unnaturally warm and almost useless for cooling the car.

How long do evaporator coils last?

This not only reduces the efficiency of the AC unit, but it also invites corrosion, which may result in leakage and other problems. A buildup of dirt and other debris can obstruct air flow and cause ice buildup, which, if left unchecked, can completely destroy the evaporator coils. To avoid problems like this, your air conditioner should be serviced on a regular basis.

Will I damage my car if I don’t fix an evaporator core leak? Although an evaporator core leak will not damage your car it will eventually damage your car air conditioning system and a car without air conditioning is not worth driving especially on a hot summer day. Also by having the repairs done you are not only protecting your AC system but also other components of your car over the long term.

PrevPreviousWhat Kind of Noise Does A Bad Water Pump Make?
NextHow High Does Water Have to Be to Damage a Car? What You Need to Know!Next