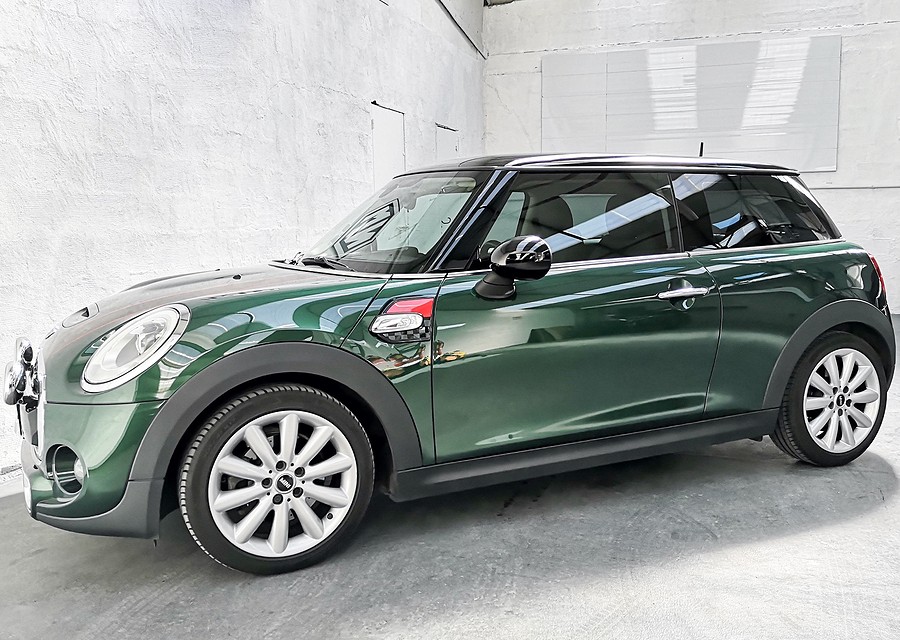 MINI is popular for its fun cars that come with lots of personality. The question is, Who makes the Mini Cooper? If you don’t know who’s the maker behind this fun-looking cars, you might have guessed that it’s a British company as you might have associated in with Mr. Bean or seen it with a Union Jack flag. But sorry to disappoint you, today the auto manufacturer is owned by a German brand BMW, though you are not entirely wrong since Mini started out life as a British brand. It was only in 2000 that BMW Group owned the Mini.

MINI initially started out as a model name used on the Morris Mini and Austin Mini. These two were basically the same car but were marketed under different brands owned by Leyland, a British company. Mini became its own brand in 1969 when the Austin and Morris models were merged under one entity.

The production of MINI continued for a long time and BL, now known as Rover Group, even launched an evolved version of the aging hatch in 1996. This lasted until the year 2000. During this time, BMW had bought the brand from Rover Group in 1996, had prepared working on a next-gen model and that was launched for the 2001 model year.

BMW Group is still the owner of the MINI brand today and has expanded its range of models including many models apart from the two-door hatchback standard that Mini is known for. It now includes a convertible, the Club wagon, five-door and the Country crossover. The research and development of Mini is being done at BMW headquarters in Munich, Germany.

Where is MINI made?

Although Mini is owned by a German brand, its biggest is still based in England (but this is not where all Mini cars are manufactured). There are only two manufacturing locations that serve Mini’s global market. One is the plant in Cowley, Oxford England which produces: MINI Clubman, MINI 3-Door, MINI 5-Door, and MINI Convertible. The other manufacturing location is the VDL Nedcar (contract plant) in Born, Netherlands which manufactures MINI 3-Door, MINI 5-Door, MINI Convertible and MINI Countryman.

Is Mini Cooper a reliable car?

Who doesn’t love the Mini Cooper with its fun style, personality and unmatched driving dynamics? You would love to take it for a drive around the city. But how reliable are Minis?

The original Mini Cooper is undeniably fun but it has been tainted by its no so flawless reliability history. The Mini’s spotty reliability history is mainly due to the past recalls on the model and overall owner satisfaction. This is based on Consumer Reports (CR) findings. The CR based a vehicle’s predicted reliability score on its extensive testing and research across 17 probable trouble spots which include a car’s driving system, engine and suspension.

After doing research, Consumer Reports gave the MINI its lowest possible predicted reliability score for 2006-12 model years. The engine cooling, engine major, and electric system were found to be the Mini’s potential trouble spots. But Consumer Reports did note that the Mini Cooper has done better over the years, helping increase its dependability ratings.

In 2014, the Mini Cooper underwent a full redesign, and the current 2020 model is part of this same generation. The Mini Cooper has managed to get lots of improvements on its problematic areas, thanks to its last major redesign. From 2015 to present, Consumer Reports has awarded the Mini Cooper above-average reliability scores. The Mini Cooper’s 2015-2019 model years are recommended as the best to buy used based on the recent studies done by CR.

What problems do Mini Coopers have?

Succeeding BMW’s relaunching of Mini Cooper with a bit of a facelift in the early 2000s, the car was welcomed with tremendous love. Mini has started coming up with several models that are getting followings of their own since it was relaunched. However, as the first generation of the new Mini Coopers get older many common issues have emerged.

Being on top of issues with your Mini is one way of making sure that you have a chance to let a professional technician fix potential problems before they get bigger and cause more trouble. The following are five common problems that every Mini Cooper owner with vehicle built between 2000 and 2006 need to know about:

It’s been known that Mini Cooper clutches fail at relatively low mileage and even so when the car is often driven in heavy traffic. If you smell a burning odor while driving your stick shift Mini, make sure you visit an expert Mini mechanic to have the issue properly checked and serviced.

The main issue that has become known in first gen Mini Cooper cars that come with CVT automatic transmission is complete transmission failure. The issue is actually caused by the automaker stating that the transmission does not need routine transmission fluid services when in fact they actually do. Most mechanics agree that you should have your transmission services completed every 30,000 to 40,000 miles.

Early Mini’s power steering pumps are also known to usually fail without warning. If suddenly your steering suddenly becomes stiffer, or if it becomes hard to turn the steering wheel, you will probably need a new electric power steering pump. If you’ll be needing this service, you may want to also have the cooling system fan and other components in the area of the car be tested at the same time, since the front of the vehicle will need to be disassembled so the necessary repairs can be done.

Minis with more than 50k miles on them have been known to have water pump leaks and/or thermostat housing leaks. If you have a low mileage, early Minis, you might want to have these parts replaced to prevent other issues that may arise which cause a lot of money. This preventative fix can save you hundreds of dollars.

Even at relatively low mileage, Mini Coopers’ timing chain can loosen. Do not ignore a loose timing chain. Have it addressed right away to avoid chain snapping that can cause major engine damage.

Is Mini a luxury brand?

With Mini’s unique design, they may feel out of place in the world of super expensive cars. On top of that, Mini Coopers are affordable to everyday people, so it makes you hesitant to label a Mini a luxury car. But the Mini Cooper can definitely be considered a luxury brand. The reason behind this, is the fact that money isn’t everything in luxury cars. While it is true that many brands of such nature tend to have cars with very expensive price tags, what makes a luxury car is really its quality and attention to detail, not to mention the ability to personalize and get in close with your future purchase.

Other vehicles not of luxury make come from mass plants, using automation on the biggest scale possible. However, Mini remains to take pride in the cars and features hand-worked materials and meticulously crafted designs. It’s not about making lots and lots of cars, but it’s about making top quality vehicles. This is why Mini, despite being more affordable, is a luxury car.

The MINI John Cooper Works alone stirred a lot of excitement when it was first announced. Many folks get excited over new luxury vehicle concepts just cause they love to see what craftsmen, designers and engineers can create when they collaborate. It’s about taking previous knowledge to the next level, integrating top technology and new knowledge to come up with something better than anything that ever existed.

Yes, maintaining a Mini Cooper can be expensive. Once your car warranty ends, all repairs will need to be covered by you. While there are extended warranty options, those are expensive, too. Mini brand cars are more common now but their repairs can still be very expensive. So if you are contemplating purchasing a Mini Cooper, be sure you are prepared for expensive repairs when your car begins to have issues.

Also, non-mini dealerships won’t do a good job servicing your car even if they are just small issues and even get an oil change. You cannot rely on any dealerships to service your Mini Cooper and to make things more challenging, dealerships are not everywhere. Some Mini owners have to travel hours to get to the nearest Mini dealership. You should also make sure you are familiar with your warranty. There are area limitations when it comes to picking up your Mini and when getting a rental when your car is being repaired.

You should also know that MINIs uses the most expensive fuel. While they have decent fuel economy, they require premium fuel. Yes, you can use cheaper types of fuel, but that won’t be friendly for your Mini Cooper, and it will need more fill-ups, so it is highly recommended not to do that.

Why You Should Buy a Mini Cooper

But do not be discouraged, there are also lots of advantages too, in owning a Mini Cooper such as the following:

Many Mini owners love their car, so it is definitely worth looking at if you are looking for a car with lots of personality that is fun and exciting to drive. In fact, if you know how to take care of your car and have a Mini dealership look at it directly, you wouldn’t have lots of trouble owning one.