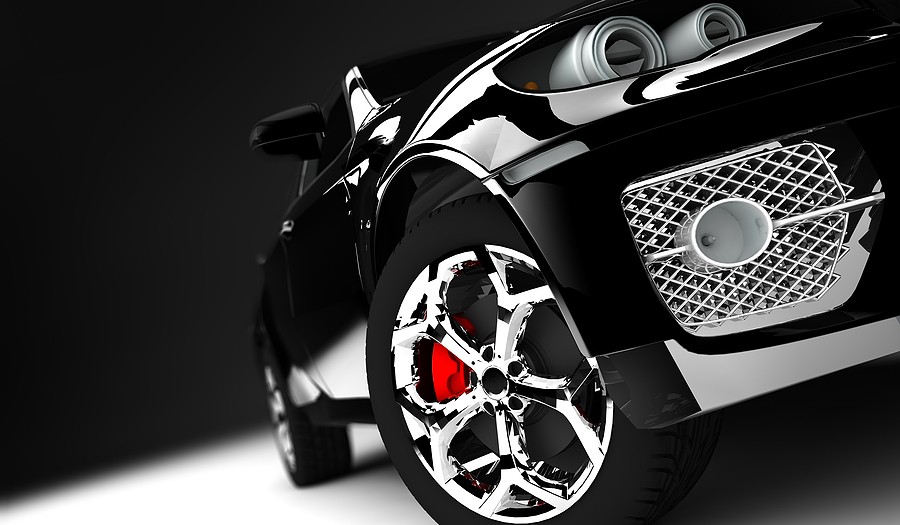 It has been a dream of many to own a luxury car. The reasons may vary but it is something some people write on their bucket list, a reason to work hard for. Luxury cars give a sense of exclusivity and have become a status symbol of success and confidence. It also has a better build quality that radiates elegance. The extra price made it possible for the luxury car makers to use high-end materials, premium finishes, and innovative features.

Luxury cars also offer a top-level performance that makes car enthusiasts dream of owning one or make it a part of their prized possessions. Are luxury cars only exclusive to the rich and famous? Surprisingly, it is not. If you have a knack of working hard and saving for what you want, it won’t take long. There are affordable luxury cars that you can own without taking much of your savings or won’t get you into debt. Here is our list of the most affordable luxury cars of the past five years.

The Audi A3 consistently made its way on the list of most affordable luxury cars almost every year since 2015. It belongs to the luxury small car category. The new Audi A3 has a starting price of $33,300. It has a base engine of 2.0-liter turbocharged engine with seven-speed S tronic® dual-clutch automatic transmission. It comes with a lot of safety features and equipment that includes front and rear head airbags, remote anti-lock system, emergency braking assist, and tire pressure monitoring. Its interior has a minimalist vibe with enough space for 5 people and is equipped with the standard leather upholstery. The cabin is made with fine materials and has a superior build quality. Its fuel economy has a good rating for its class and was given five out of five starts for its overall safety rating.

The CLA is the first ever front-wheel drive sedan of Mercedes-Benz and falls under the subcompact luxury car category. The base CLA 250 has a starting price of $36,650. It has a 2.0L inline-4 turbo engine that makes 258 lb.-ft. @ 1,800-4,000 rpm of torque. This year’s model of the CLA 250 has loads of safety features that include Active Brake Assist, Mercedes-Benz Emergency Call service, and the Attention Assist that monitors up to 70 parameters of driving behaviour continuously. It can automatically send audio and visible warnings to the driver and alert them if it detects signs of sleepiness on long trips. It also has a panoramic sunroof and an interior that is luxurious and loaded with features and technologies for a more comfortable ride.

Cadillac ATS is offered in 4-door sedan and 2-door coupe models. It has a starting price of $35,495 to $38,995 depending on the model year. The 2019 model has a 2.0L I-4 Engine, 8-speed auto w/OD transmission, and a torque of 295 @ 3,000 rpm. The 2019 model is only offered as a 2-door coupe. The sedan is no longer available. The Cadillac ATS’ strength is its overall performance. It has excellent handling and an engaging steering wheel. Its standard features include synthetic leather upholstery, eight-way power-adjustable front seats, proximity keyless entry, remote start, a power trunk lid, a sport suspension, Brembo brakes, and the Teen Driver safety system that allows you to set speed and audio volume parameters for secondary drivers. As impressive as it is, the Cadillac ATS has been discontinued in 2020 but is set to be renamed and redesigned. It will be known as the new Cadillac CT4.

This subcompact luxury car of BMW is available as a compact coupe. The 2020 model price starts at $35,900. The base 230i Coupe has a 2.0-liter BMW TwinPower Turbo inline 4-cylinder,  8-speed Sport Automatic transmission with automatic Sport and Manual shift modes, and a torque of 258 lb.-ft. @ 1450-4800 rpm. BMW 2 series allows you to enjoy its luxury components for a not-so-expensive cost. It gives a smooth ride that handles curves really well. The front seats are comfortable and well-supported. The base model is loaded with features and latest technologies that ensure the safety and comfort of the driver and passengers.

This compact luxury car is now on its third generation. The Volvo S60 can compete with the other luxury sedan in its class. Its base model Momentum has a 2.0-liter turbocharged four-cylinder engine that makes 250 horsepower and a 258 lb.-ft. of torque coupled with an eight-speed automatic and front-wheel drive. It has been commended for its strong acceleration and braking performance. Volvo S60 has a starting price of $36,050. The base S60 comes with a lot of impressive features that include automatic climate control, forward collision warning, drowsy driver warning system, and a 12.3-inch instrument panel display. It also offers a comfortable ride and well-supported seats.

The Jaguar XE is a compact luxury car that is known for its aluminium suspension componentry and its fixed aluminium unitary structure. The production of the Jaguar XE started in 2015 but was only made available in the US market in 2016. The new Jaguar XE has a starting price of $39,900. The base XE S comes with a standard turbocharged 2.0-liter four-cylinder engine that puts out 247 horsepower. It is also equipped with lots of standard features that include leather upholstery, push-button start, dual-zone automatic climate control, and a Touch Pro infotainment system. Its safety features include front and rear parking sensors, a rear camera, automatic emergency braking, and all surface progress control. The Jaguar XE offers an engaging driving experience and a ride that is well insulated keeping the outside noise muted.

This compact luxury car is being marketed by Acura which is the luxury division of Honda. The Acura TLX first generation debuted in 2015. The base first generation Acura TLX has a 2.4-liter four-cylinder DOHC i-VTEC engine. In 2017, the Acura TLX was revised and was given a facelift for the 2018 TLX. The redesigned TLX includes a revised front fascia, fenders and grille, restyled wheels, and was loaded with high-tech features and equipment. The 2020 Acura TLX has a starting price of $33,000 for its Inline-4 FWD with P-AWS or Precision All-Wheel Steer and $36,200 for the V-6 FWD with P-AWS. Its fuel economy is impressive compared to other similar luxury midsize cars with a 23 / 33 / 27 mpg for city / highway / combined driving with the inline-4 engine and a 20 / 31 / 24 mpg for city / highway / combined driving with the V-6 engine. The Acura TLX rides comfortably and it can absorb potholes, bumps, hummocks and other road imperfections really well. Its standard safety features include forward collision warning, automatic emergency braking, road departure warning, and adaptive cruise control. The second generation of Acura TLX was launched digitally last May 28, 2020 as the new 2021 Acura TLX.  It has been fully redesigned and will be available in the market this fall.

The Lexus UX is a subcompact luxury crossover from Lexus which is a luxury division of Toyota. UX stands for Urban Explorer and it was first introduced in 2018. The 2020 Lexus UX has a starting price of $33,325. The base UX 200 uses a 2.0-liter four-cylinder engine that makes a 169 horsepower with 151 lb.-ft. of torque. Even with its base trim, you get plenty of standard features. Its design is edgy with its sharp line and neat dimensions. Its fuel economy is rather fair which is rated at 29 mpg city, 37 mpg highway, and 33 mpg combine. The interior is equipped with synthetic leather upholstery, power features, dual-zone automatic climate control, Apple CarPlay and Android Auto compatibility, and power-adjustable front seats that provide a good head room. Its crash tests got high scores and its safety features are commendable. It includes automatic emergency braking with pedestrian detection, active lane control, and adaptive cruise control.

Infiniti is a luxury brand of Nissan and the Infiniti Q50 is their entry-level luxury sport sedan. It was launched in 2014 as a replacement for Infiniti G. The Q50’s design is based on the Infiniti Essence – a concept sports car that was designed to commemorate the 20th anniversary of the Infiniti brand, and the Infiniti Etherea – a concept car. Inspired by these two concept cars, the Q50 got its unique design that includes a deep body section, asymmetrical cabin layout, three-dimensional double-arch grille, and its crescent-cut C-pillar. The new 2020 Infiniti Q50 can be had for a starting price of $36,400. The base 3.0t Pure comes with a 208-hp turbocharged four-cylinder that is paired with a seven-speed automatic transmission. Its interior provides comfort with its excellent front seats. It also includes eight-way power front seats, dual-zone automatic climate control, synthetic leather upholstery, and an automatic emergency braking.

The ILX is the United States’ first compact model of Acura since the RSX was discontinued after its last model year in 2006. The ILX was introduced with a design called the “aero-fused dynamics” and made available on the market in 2012. In 2016, the redesigned ILX was unveiled and went on sale in 2015. By 2019, the Acura ILX underwent a facelift again and is equipped with the company’s new Diamond Pentagon grille. Today, the new 2020 Acura ILX has a starting price of $25,900. The base trim has a 2.4L aluminum-alloy 4-cylinder engine that makes a torque of 180 lb.-ft. @ 3600 rpm and is coupled with an 8-Speed Dual-Clutch Transmission. Its interior is equipped with synthetic leather upholstery, heated front sport seats, and an eight-way power-adjustable driver's seat. The front seats are well-supported and spacious. There is also a long list of standard safety features such as the AcuraWatch that features a lane departure warning, lane keep assist, a collision mitigation braking system, automatic emergency braking, a road departure mitigation system, and a surround-view parking camera system.

Genesis is a subsidiary of Hyundai that manufactures luxury cars. The Genesis G70 is a four-door compact luxury sedan that debuted in 2017. It has been named the 2019 North American Car of the Year. Its exterior details include a grille that features Genesis' corporate design, functional air intakes, LED headlights and taillights, and dual-exhausts. The 2020 Genesis G70 has a starting price of $35,450. The base G70 2.0T comes with a turbocharged 2.0-liter four-cylinder that sends 252 horsepower through an eight-speed automatic transmission to the rear wheels. The G70 offers a balanced ride with an impressive handling quality. Its suspension is more than capable in handling potholes and other road imperfections. It gives a smooth ride even when cornering. Its interior is equipped with a standard of high-quality synthetic leather upholstery. The front seats are well-supported with a 12-way power-adjustable driver seat and an 8-way power-adjustable passenger seat. It also has a long list of standard safety features that include forward collision warning, pedestrian detection, driver attention monitoring, and rear cross traffic alert.

The Kia Stinger is a compact luxury car that was first unveiled in 2017. It was engineered by a former BMW M employee. Its design was partially inspired by the Coca-Cola bottle. Its 2018 model has won a couple of awards like the Red Dot award in the “Best of the Best Car Design” category and the 2018 “Best of the Year” of the MotorWeek Drivers' Choice Awards. Today, the 2020 Kia Stinger offers a premium look and feel. It has a starting price of $33,090. The base GT-Line comes with a 2.0L 4-Cylinder Turbo with 255HP coupled with an 8-Speed Auto Transmission. Its interior boasts of its elegant design that comes with steering-wheel-mounted paddle shifters, an easy to use infotainment system, leather upholstery, heated front seats, wireless charging and a long list of standard features. As for its safety features, the base trim comes with a rearview camera, rear parking sensors, rear cross traffic alert, and a blind spot monitoring.