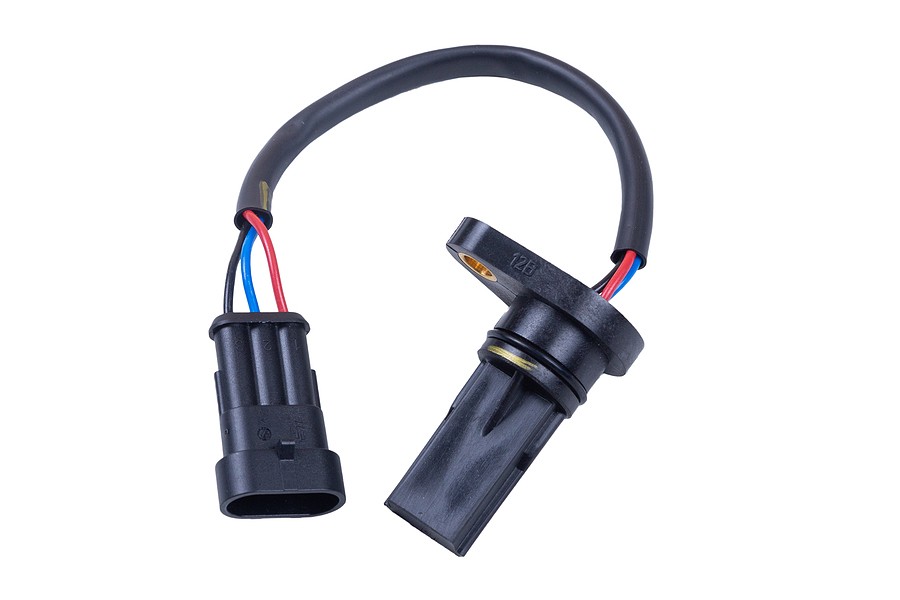 All of the vehicles that are produced today have anti-lock braking systems built into them as standard safety features. ABS is designed to protect people when they find themselves driving on slippery surfaces. It prevents the brakes on a car from locking up and causing it to skid all over the place. But in order for an ABS to do its job, there is a wheel speed sensor on each wheel on a car. These sensors need to be in good working order to ensure an ABS works the way it’s supposed to. Find out more about wheel speed sensors and learn about how you’ll know when it’s time to replace them below.

What Is a Wheel Speed Sensor?

As we mentioned a moment ago, your car has four wheel speed sensors in it. There is one wheel speed sensor on each wheel on your car. They’re mounted to the hub of your wheel right near your brake calipers so that they can keep a close eye on how quickly each of your car’s axles are turning. By doing this, they’re able to play a key role in your ABS.

Your ABS relies on each of your wheel speed sensors to provide it with the necessary information on how fast your wheels are turning. They’re constantly letting your ABS know how fast your wheels are going so that your ABS can spring into action if it senses that something is off. With this in mind, you can probably imagine the complications that can occur if you have a bad wheel speed sensor. Your ABS will turn on and off at random since it’ll think that it senses your wheels going faster or slower than they really are.

How Does a Wheel Speed Sensor Work?

Now that you have a better idea of what a wheel speed sensor is and what it does in the grand scheme of your car, you might be wondering how exactly it works. By gaining a better understanding of this, you’ll have more of an appreciation for the job that your wheel speed sensors do when you’re driving down the street.

Here is a basic breakdown of how your wheel speed sensors work both independently and together:

And just to be clear: Your car’s wheel speed sensors and your ABS are doing these things all the time. Some people are under the impression that their ABS is only active when they’re driving in slippery conditions. But your car’s ABS is actually always on high alert and looking out for any signs of trouble.

How Often Do Wheel Speed Sensors Need to Be Replaced?

Because of where your car’s wheel speed sensors are positioned, they’re almost always under attack. They’re constantly being exposed to dirt, dust, moisture, salt, and all kinds of other debris. This often results in them going bad and might force you to replace wheel speed sensors sooner than expected.

What Are Some Signs That’ll Indicate a Wheel Speed Sensor Has Gone Bad?

It’s going to become pretty clear that something is amiss when you have a bad wheel speed sensor in your car. You’re probably not going to be able to push through it and drive your car without it taking a big impact on your ability to drive.

Can You Continue Driving a Car With a Bad Wheel Speed Sensor?

When a wheel speed sensor goes bad, it’ll often cause the ABS to shut down completely. This could be a big problem if you ever find yourself in a situation where you need to stop suddenly. You’ll still be able to slam on the brakes, but it’ll usually lead to your brakes locking up on you since the ABS won’t be active. And this could result in you getting into a bad accident. You’re better off taking your car in for service so that you can have wheel speed sensor replacement done right away.

What Should You Do If You Have a Bad Wheel Speed Sensor?

If you strongly suspect that you have a bad wheel speed sensor in your car, you should drive it down to an ASE-certified mechanic so that they can check it out. Ideally, you should have someone who has tons of experience working on the wheels on cars to look at your car and confirm your suspicions. They can pull the codes from your car’s main computer to see if you need to have wheel speed sensor replacement done.

From there, they should be able to replace your bad wheel speed sensor for you on the spot. They can also test out the test of your ABS to make sure it’s in good working order when they’re all done. If there is anything else that might need to be fixed, they can handle it for you. This will ensure that your ABS is back in business once you get your car back out on the road.

Is It a Good Idea to Try Replacing a Bad Wheel Speed Sensor on Your Own?

There are plenty of auto repair jobs that you might be able to take the DIY approach to in an effort to save some money. But generally speaking, you should stay away from trying to tackle any auto repair job involving your brakes or your ABS. The last thing that you want to do is make a mistake while replacing something like a wheel speed sensor and pay the price for it later.

How Much Does Wheel Speed Sensor Replacement Cost?

The good news for anyone who finds that they have a bad wheel speed sensor in their car is that replacing a sensor isn’t going to break the bank. Despite the overall importance of wheel speed sensors, they’re not all that expensive to replace. It’s one more reason why you shouldn’t delay doing it if you can avoid it.

Is Wheel Speed Sensor Replacement Worth It?

Can You Get Rid of a Car With a Bad Wheel Speed Sensor?