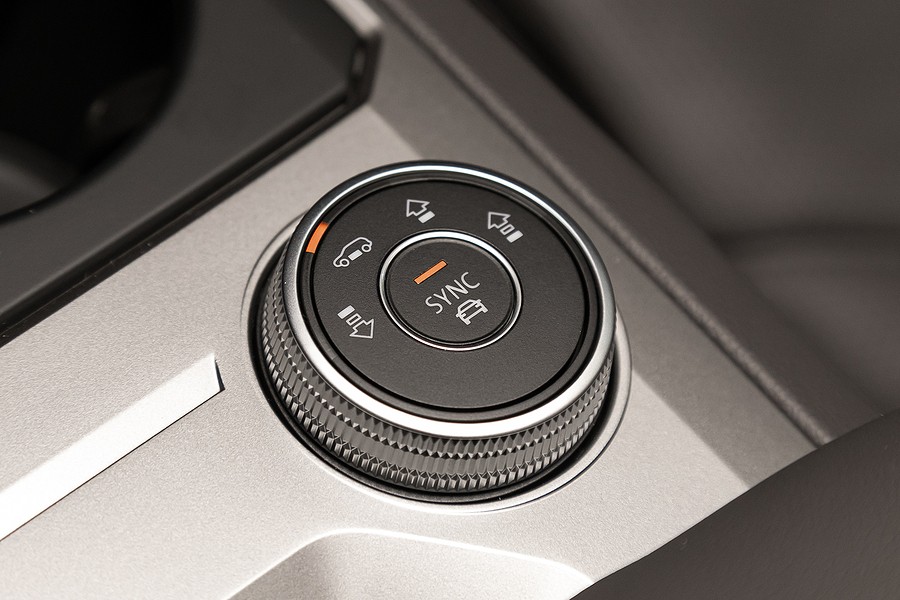 The humble car has been on this earth for over 130 years. There may be some disagreement as to what constitutes the true ‘first car’ among historians but there really isn’t much disagreement once what the first production, gasoline car is. That simple car was produced by none other than Karl Benz, who would later go on to found Mercedes-Benz and it represented a possibility of easy transportation for the masses. Henry Ford would later go on to make the humble car cheaper and cheaper so the average American family really could afford to hit the open road. This has been the way all automotive technologies have been implemented for over 100 years! From the Model T to the Tesla – advanced technology for the masses is part and parcel to the automotive industry.

So what does this have to do with traction control? The rise of systems like traction control in the most common and basic of vehicles is directly due to the application of advanced technologies in the most expensive vehicles. Over time, these advanced technologies have become mass-produced and widely available. Traction control is rarely offered on its own and it comes as part of a comprehensive safety suite of systems that are designed to work in concert with one another to keep you safe when the road gets crazy.

This article will cover everything you wanted to know about traction control and then some.

What Does Traction Control Do?

For those of us that had the opportunity to drive vehicles with an open differential or a differential that has no electric or mechanical wheel control, the reality of spinning a tire during acceleration was quite real. Whether it was while rounding a corner to accelerate into traffic, accelerating in wet conditions, debris conditions, or snow and ice conditions; a spinning tire could be an extremely dangerous situation for a driver.

Traction control has one main goal: to control the Overspeed of a driven wheel to eliminate the loss of the tire’s traction on the road surface. Traction control works in concert with other systems that manufactures have baked into modern cars like stability control, anti-lock braking systems, and other active safety systems. This comprehensive approach to safety has its roots way back in the roaring muscle car era of the 1960s and early 1970’s when high horsepower, high torque motors combined with skinny tires for a slippery situation.

What Are The Origins Of Traction Control?

The 1960s were an incredible time for cars in the United States. The roads were full of large sedans and coupes that had massive V8 power at levels that were previously unavailable to the average joe. Although these beasts were heavy, they still suffered from a glaring problem. Traction. Sure, a lack of traction is amazing for a smokey burnout but for most people the combination of massive horsepower with skinny, low traction tires made for a potentially dangerous situation.

The father of traction control is the limited-slip differential. As with most types of automotive technology, the limited-slip differential was the result of wanting to faster on a race track and Ferdinand Porsche (yes, that Porsche) developed the race technology in 1932  to avoid a single spinning wheel in his powerful prototype racecar. This differential took the power from the wheel that was spinning more quickly and applied it to the wheel that was spinning more slowly. Thus, equalling the speed of the two wheels.

In the muscle crazed era of the 1960s, the limited-slip differential would become a must-have for go-fast guys that wanted to reign in all those ponies. Since muscle cars were rear-wheel drive and employed a solid axle (vs. a more modern independently sprung suspension), the right tire was always lower on traction due to the axles’ desire to turn in the same direction as the driveshaft, thus placing less downward force on the right wheel. A limited-slip (also known as posi-traction) eliminated this by equalling power to both rear wheels by minimizing this effect. The result? Even power is distributed to both wheels, thus maximizing the ability of the engine to put power to the ground.

Over the years, this technology evolved and translated itself into a variety of differential types and is mainly found in performance cars today. Crucially, the benefits of the limited-slip differential were noted for a different reason as time went on and in 1971, Buick introduced a technology called MaxTrac that utilized an early computer system to control wheelspin in their top of the line models. Cadillac later adopted this system in 1979 and further refined its operation.

By the late 1980s, several manufacturers like BMW, Mercedes Benz, and Toyota were offering traction control on their highest-end vehicles under names like “Anti-skid control”. From that point on, traction control was filtered down into the most basic of automobiles and became part of the active and passive safety systems that we expect in our vehicles today.

How Does Traction Control Work?

Traction control works by electronically controlling the throttle and braking of a wheel to ensure that it maintains grip under slippery road conditions. This system is not to be confused with Stability Control, which also affects steering input to achieve the same basic result: keeping you going on your intended path no matter what the conditions may be under the tires.

The system itself is quite complicated in its operation because it needs to replace your driver input with input from the computer sensors and react appropriately. In order to accomplish this, the system employs a system of hydraulic boosters that can modulate your brakes and throttle independently of your input. Many new vehicles use a “drive-by-wire” or electronic throttle, which makes this an even easier task but for older vehicles, it was very complicated. This diagram of the Bosch system in Mercedes-Benz products is a perfect example.

What Other Systems Does Traction Control Work With?

To obtain maximum driver safety, no matter what the conditions may dictate, modern cars use a bevy of automotive driver aids to ensure that you stay safe:

Anti-lock brakes use a sensor in the brake to detect when the wheel of a vehicle is locked in a skid. The system uses a modulator to fluctuate brake pressure in a manner that isn’t possible with mere human interaction. All a driver has to do is maximize brake pressure and the anti-lock system will work to prevent a lock-up.

What Happens When The Traction Control System Malfunctions?

One of the very first signs that a component of the traction control system is failing is the illumination of a light on your dashboard to indicate the system is non-functional. This may be due to a failure of the vehicle traction control module or a failure in a vehicle wheel speed sensors. You don’t want to find out the hard way that a module is malfunctioning but some drivers do not find out about malfunctioning until they are in a situation where they actually need the system to function. The anti-lock braking system on the vehicle may also fail as they are often tied into the same module. Again, don’t find out the hard way.

Costs to repair these parts, which are crucial to safety, can easily be in the thousands of dollars. This is especially true if you happen to own a luxury car such as a BMW or Mercedes-Benz.

What About Selling Your Car To Cash Cars Buyer?

If you’re dealing with a traction control failure or an ABS failure – you could be looking at an incredibly expensive repair. On top of the cost, you could be looking at a major safety concern for you and your family. Rather than hassle with trying to fix this system, why not let Cash Cars Buyer give you the cash you need to get the car you want to drive? They make it super easy to get a no-obligation quote in a matter of minutes. They’ll even arrange for pick up and get you cash on the spot. If your cars got issues with its traction control system, it probably has other issues too. Get the cash you need today and give Cash Cars Buyer a shot.