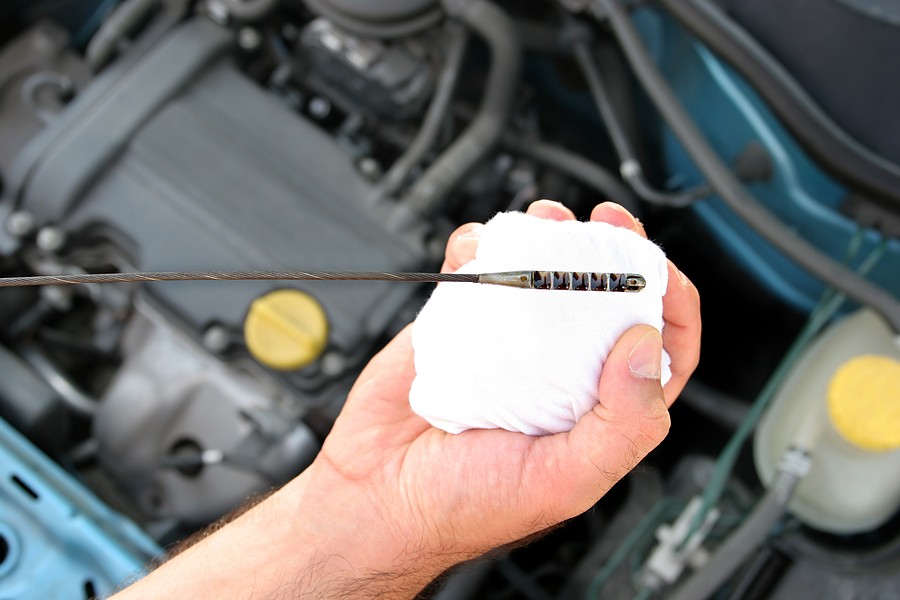 It can’t be stressed enough how important regular oil changes are and why it should never be delayed. Ignoring the recommended oil change interval set by your car manufacturer will have severe consequences for your car. But why is that? What does oil do in a car? A car engine has many components that work together to ensure that the car can operate properly and efficiently. Oil in a car does a number of things and one of them is to prevent the engine’s moving metal components from rubbing against each other. It lubricates them to prevent premature damage. Oil also works by absorbing heat to cool these moving parts as well as by removing harmful substances or deposits that are produced when fuel is burned. It is capable of picking up any bits of dirt that reaches the engine. What does oil do in a car?  Basically, oil lubricates, cools, cleans and protects the engine from corrosion and damage, and helps it achieve better fuel economy and performance.

What Does Oil Do in a Car? – Can a Car Run Without Oil?

What does oil do in a car? Many drivers might have asked this question at some point. Maybe because they want to understand why it is necessary for cars to have their oil changed regularly. Oil changes must be done since oil plays a very important role in the overall function of a car. In fact, it is considered as the car’s lifeblood. It is something that has a great effect on the life and durability of your engine. Ignoring it can lead to severe engine problems.

What does oil do in a car? Oil in a car is needed for:

Oil does a number of things and one of which is to help with the lubrication of the engines moving metal parts. A proper lubrication is needed since it helps keep the engine’s many moving metal parts from rubbing against each other since it can lead to premature wear and tear of the said metal parts. Although the engine's moving parts are designed and built to be sturdy, they are not made invincible and they are quite fragile during operation. Without oil in your car, it might still be able to run but not for long. No oil in your car means that the engine’s moving parts will end up rubbing against each other that will lead to engine damage or failure.

You might ask, “what does oil do in a car?”. It makes sure that all the engine’s moving parts are properly lubricated. How does oil do this? The lubrication system of the engine has a sump where a big amount of oil is stored, oil galleries where oil flows, oil pump, and oil filter which cleans the oil from any contamination before it will be pumped through the engine again.

Oil in a car also acts as a cooling agent. Since the engine has many moving parts, it produces friction and heat, especially when these components are being pushed to their limits. So when you ask “what does oil do in a car?”, aside from providing lubrication, it also helps keep the engine from overheating. Oil works together with the coolant in the radiator to prevent it from happening.

The friction of the moving parts of the engine can produce heat and when there is excessive heat, it can result in significant damage to the engine parts. When the oil circulates and flows around the engine, heat will be absorbed or carried away to the cooler parts of the engine. The heat will be dissipated and this means that no engine area will become too hot. This can be done since oil reduces the amount of friction produced by the engine’s moving parts. This means that the heat produced there will be spread out throughout the engine instead of being concentrated in one spot.

What does oil do in a car? It helps cool the engine. How does oil do this? Oil can transfer heat away from the lubricated moving parts like pistons, bearings, rings, cylinder bores, and valve stems as the engine is operating. Oil will flow around the engine and while doing this, it will absorb and transfer more and more heat. When the oil reaches the engine sump, the oil which has accumulated much heat will be cooled by the external air that moves over the sump’s surface before it begins its cycle of lubricating and cooling duties again.

Oil in a car also functions as a cleaner. It works by removing harmful substances or internal deposits that are created when fuel is burned. Oil is also sticky so it can easily pick up any dirt or dust that reaches into the engine. This can also help reduce friction since the moving parts won’t get stuck on small pieces of dirt or silt when they accumulate.

For the engine to run smoothly and efficiently, it has to be clean and free from any contaminants. Although a car may run without oil but not for long. It may still work, but then your engine will have to compensate by working much harder and by using more fuel. This can put a lot of pressure on your engine which can result in poor performance, poor fuel economy, and eventually, an engine failure.

Oil can clean your engine since oil is equipped with additives like special detergents, cleaning agents, and friction modifiers which can prevent any internal varnish build ups and deposits. These additives are capable of breaking up larger deposits and keep the smaller particles like carbon deposits from accumulating, which is commonly referred to as sludging.

Although oil can clean your engine and can prevent build ups, deposits, and sludge, oil won’t be able to do this all the time. It is only a short-term solution. Oil might still continue to lubricate the moving parts of the engine, but it can’t always protect parts like oil seals and other components since the oil’s ability to do this will be reduced over time.

The oil’s protection abilities can deteriorate over time due to contamination. This can be caused by fuel droplets leaking past the piston rings, finding its way in the engine’s sump. When this happens, the engine’s internal components will suffer wear and damage which can lead to engine overheating. It is for this reason why you always have to follow the recommended oil change interval set by your car manufacturer.

What Does Oil Do in a Car? – What Happens When Your Car is Low on Oil?

When your car is low on oil, it won’t be able to properly lubricate the moving parts of the engine. When this happens, it may cause unusual sounds to be heard such as loud knocking, clunking, and grinding sounds.

When you hear any of these unusual sounds while you are driving, it usually means that you are experiencing the first signs of a faulty engine. But, you can still have it corrected by taking your car to an auto service shop and have it scheduled for an oil change and have it inspected. If you keep ignoring the problem, your engine can seize and fail completely.

As discussed earlier, one of the answers to the question “what does oil do in a car?” is to clean the engine. Oil cleans the engine and prevents build ups and corrosion. It flows through many engine parts and thanks to its additives, it can collect dirt and other insoluble byproducts which will be carried to the oil filter and be removed.

But the oil loses its cleaning proprietor over time and deteriorates. When this happens, the old, contaminated oil will become thick with a sludgy consistency which will make it hard for the oil to flow between the engine’s inner parts. It also won’t be able to  properly lubricate these moving parts in this state.

Since the moving parts of the engine can no longer receive proper lubrication, the engine will have to compensate by working harder and by using more fuel. This means, if you delay oil changes and your oil gets contaminated and loses its abilities, the poorer your engine’s performance will be and the harder your engine has to work, the lesser your fuel efficiency will be.

Oil can help cool the engine down by absorbing the heat the engine produces. When your car does not have the right amount of oil in its system, or when it is long overdue for an oil change and has become contaminated, your engine will most likely overheat.

Oil is needed to keep the moving parts lubricated to keep them from rubbing against each other. When your car is low on oil, not only does it cause unusual sounds and lower fuel economy, it can also cause a spike of temperature within the system which can lead to overheating. If you notice that your engine is overheating, do not take it lightly. You need to pull over immediately and allow it to cool down. You also need to check your oil level and top it off if necessary. To prevent this from happening, you need to follow your car manufacturer’s recommended oil change interval.

Oil lubricates the pistons, cylinders, bearings, and other engine components. Without proper lubrication, friction created from rubbing metal to metal parts may generate extreme heat that can weld these parts’ surfaces together. This can cause your car’s engine to seize. When this happens, the damage will be too severe that you will have to replace your engine. It is something you don’t want to deal with since the engine replacement cost is no joke. It can cost thousands of dollars and depending on the overall value of your car, it might be more reasonable to just sell your damaged car instead of repairing it.

What does oil do in a car? Oil does a lot of things. It lubricates, cools, cleans, and protects your engine and its components from damages and premature wear. When your car has no oil, the engine’s moving metal parts will start to come in contact with each other at high speed and since there will be no lubrication, it will be very damaging to your engine. In no time, your engine will fail completely which may call for an engine replacement.

The best way to prevent these engine problems from happening is by having your oil changed regularly. Oil is considered as the lifeblood of your car and you should always make sure that your car always has the right amount of fresh, uncontaminated oil. Having your oil changed regularly might seem like a burden to some but this small effort you do for your car will be worth it. It not only helps extend the life of your engine, but it also helps improve its performance and fuel economy.