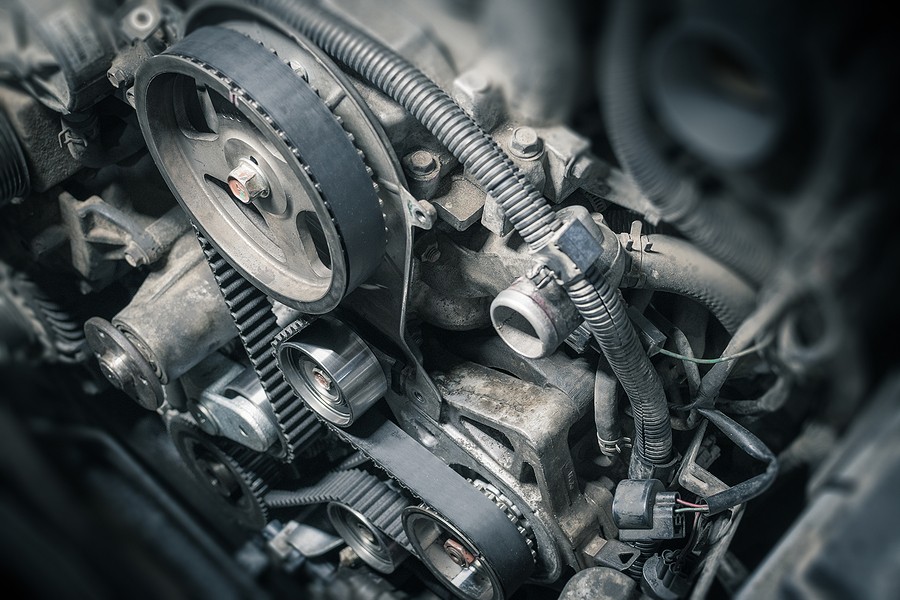 Any car owner's worst nightmare is an engine failing and they’re forced into a very expensive and time consuming project of rebuilding or replacing the engine. The engine rebuilding procedure will normally cost between $2,500 and $4,500 depending on the vehicle. You may also take the option of buying a second hand engine for as little as $600, but it might not be in excellent shape. You will also be responsible for the cost of labor to install the engine. Overall, a good secondhand engine will cost you between $1,500 and $3,000, while a remanufactured engine will cost you between $2,500 to $5,000 depending on your vehicle’s make and model. As a result, while it is a good alternative and a safe bet, it will cost you a lot of money. This article will discuss auto engine replacement cost in detail.

How much does it cost to fully replace an engine?

An auto engine replacement cost may go in different directions depending if you choose to do an engine rebuild or choose to buy a used or remanufactured engine. So what is the difference between the 3?

Rebuilding engines entails removing the engine, dismantling it, and replacing all of the necessary parts so that it functions as it should. The engine will then be reassembled and installed in the vehicle by your mechanic. If necessary, the process necessitates machining and finishing fixes. The original engine block will be kept, however many of the engine parts will be replaced by your mechanic.

Buying second hand engines rather than rebuilding them is a considerably more cost-effective choice. Used engines, whether short or long block engines, can be found on eBay or in local junkyards.

A long block engine is a full engine that you can probably just drop into your car. Only the lowest section of the engine is included in a small block engine, which includes the engine block, crankshaft, connecting rods, pistons, bearings, and oil pan. Even while a short-block engine is likely to be less expensive, you'll still have to source and pay for parts you don't get, such as the valves, head gaskets and a few other items.

Cutting the engine's cylinders, as well as all other parts, and replacing them with OEM parts, is part of the operation. This restores them to their previous state. A remanufactured engine is usually the best option for an engine replacement. The engine will perform as well as new, and many remanufactured engines come with a warranty to ensure your satisfaction.

Rebuilt engines range in price from $2,500 to $4,500, depending on the brand and model of your vehicle. Automobiles with larger engines, such as sports cars and luxury automobiles, will, without a doubt, be more expensive.

A second hand engine, on the other hand, can cost as little as $600, but keep in mind that such a low-cost engine may not be in good working order. You will also be responsible for the labor costs associated with the engine installation. A good used engine will set you back between $1,500 and $3,000.

Buying a remanufactured engine, which may cost anywhere between $2,500 and $5,000 depending on the make and model of your vehicle, is a more trustworthy but more expensive choice. As a result, while it is a good alternative and a safe bet, it will cost you a lot of money. An auto shop or car repair company that has obtained the original blueprint of an engine usually does the remanufacturing work

Is it worth replacing a car engine?

Considering the auto engine replacement cost, is it really worth replacing a car engine or do you just buy a new vehicle? Engine replacement is a reasonable alternative to purchasing a new car in some instances. It can be done for a fraction of the price, and you avoid the taxes, license fees, and insurance costs that come with replacing a vehicle.

Although replacing an engine can save money and extend the life of a vehicle, there are some factors to consider. Engine replacement is a suitable option for any vehicle that is otherwise in good general mechanical condition and will be in operation for several more years.

Replacements can be done at predetermined intervals or when the engine fails. Engines that have been remanufactured should last as long as the original engine, effectively doubling the vehicle's service life.

As previously said, replacing an engine saves money on taxes, license fees, and insurance premiums that would otherwise be incurred when acquiring a new vehicle. In contrast to a new vehicle's four to seven-year depreciation schedule, engine replacements can be depreciated in the same year.

Remanufactured engines can, in some situations, outperform new factory engines of the same type and size. Some companies make changes that they claim increase engine performance and durability.

Is it cheaper to rebuild an engine or replace it?

A rebuilt engine can be a less expensive auto engine replacement cost than a new engine as you may be able to save up to half of the new engine cost but it is not always a good option because the quality of the rebuild depends on your mechanic. Unless you are fully confident with your mechanic then you should not give it a go.

Rebuilding an engine, often known as an overhaul, can restore it to near-new condition. However, the quality of a rebuild is determined on the parts used and as mentioned the mechanic who performs it. Talk to their mechanics and read customer evaluations before choosing from the many engine rebuild shops in your area. You want to go with a store with a good reputation and a guarantee on their job.

Also, if rebuilding an engine costs as much as buying a new one, your mechanic should tell you up front. So look for someone who will give you a clear price up front. You can then decide whether to rebuild, acquire a new engine, or replace your car based on this information.

You may also wonder if you could do a DIY engine rebuild project to save on your auto engine replacement cost. You can rebuild an engine if you have the right equipment, skills, time, money, and patience. But as we all know, the majority of people do not possess all of these qualities.

For most people, a DIY project swiftly descends into a disaster. It's not only a difficult and time-consuming task, but the components are also costly. If you do it incorrectly, you may end up with more expensive repairs. As a result, we recommend that you have your engine rebuilt by professionals.

As mentioned a rebuilt engine is absolutely worth it if it is done well, as it could last for many tens of thousands miles.

If you truly intend to retain the car for 75,000 or 100,000 miles, you should look for a good car that you like and then rebuild the engine done by an exceptional mechanic. That way, you'll know everything was done correctly and you'll get the most out of it.

Even more so than factory-installed engines, rebuilt engines are extremely dependable. So, if this is a source of concern for you, it shouldn't be. A remanufactured engine will outlast a factory-built engine with proper maintenance. They are really dependable and trustworthy.

A rebuilt engine is the finest alternative you have instead of replacing your engine if done right. It is cost-effective, and you would have to spend the same amount of money on it as you would on a new engine. If you find that your engine is malfunctioning, you have a number of options like selling your vehicle. However, due to the engine issue, you will have to lower its value.

A rebuilt engine is extremely dependable and, if properly maintained, can outlast a new car engine. Rebuilt engines, unlike worn-out engines, emit fewer hazardous gases and get greater mileage. Rebuilding an engine saves energy, money, and resources that would otherwise be required to create a new one.

If you opt to rebuild your engine, it must first be removed from the vehicle before work can begin. The technician will disassemble and clean all components after the removal, and then begin the redesign. Every faulty internal component will be replaced and polished until it is in better working order.

Which is better: a rebuilt engine or a used engine?

When a new engine is required due to a malfunction, another option is to purchase a used one. This implies that you will have to pay to obtain an engine that has previously been used in another car. This is not a good idea because you have no idea what the used engine has been through.

Nothing prevents the engine from developing difficulties after spending money to buy it and have it repaired. Getting a rebuilt engine is a better alternative for you. You can be sure that a refurbished engine has been disassembled and rebuilt from the ground up using new and standard components.

So, in response to this question, a rebuilt engine is preferable to a used engine. If you maintain your rebuilt engine properly, it will last longer than a new engine. This implies that you take it in for service and keep an eye out for any signs of overheating.

To avoid having to return for repairs, make sure you take adequate care of the engine. A refurbished engine should last at least a year or 12,000 miles. Some professionals, on the other hand, offer warranties that cover an infinite number of miles. Make your findings and ask your professionals about the expectations before going for a rebuilt engine.

Does replacing an engine reset mileage?

The odometer of an automobile does not reset when the engine is replaced. The odometer keeps track of all of a car's components, not just the engine. With a new engine, it's tempting to reset the odometer as the car is running smooth as new but manipulating the odometer will not reflect how your car is really and it’s also illegal.

Hundreds of components make up your car, and the mileage record is a record of their lives as well. You may argue that the engine is the most important and costly component. However, each component has a limited number of miles, and as a buyer, wouldn't you want to know the exact mileage on other, more expensive pieces of the vehicle like the vehicle brakes, steering, suspension, transmission, etc.

Many components are mechanical with electrical aid and will need periodic maintenance based on the miles. Because of the inaccuracy of the mileage reading, certain components may miss out on some crucial mileage-sensitive repairs.

Auto engine replacement cost either for rebuilt, use or remanufactured engines is a large sum of money, and each has its own set of benefits and drawbacks. It’s really based on your own budget, engine availability for your car model and other aspects that will determine which engine replacement option will best work for you.