What Does Coolant Mean: The Basics 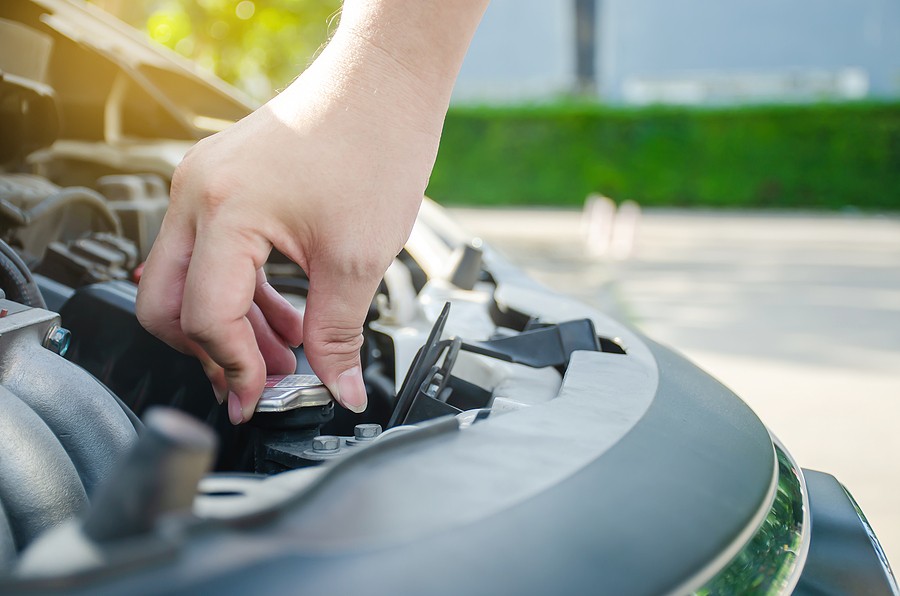 What does coolant mean in a car? Car coolant or antifreeze is responsible for preventing engines from overheating. Coolant distributes heat and gives antifreeze protection to an engine, allowing your vehicle to function at peak performance. Coolant also lubricates the moving parts with which it comes into touch, preventing damage to the water pump, head gasket, cylinder and piston timing, and so on.

This heat removed by the coolant maintains a balance in the removal of engine heat, which is vital to the engine's optimal operation. Overheating might hasten the degradation of the engine's oil and the engine itself. Since the engine coolant is used to preserve the engine and keep it functioning at the optimal temperature. So a significant number of engine failures are linked to engine cooling issues in some way.

What Does Coolant Mean: Its Components

Water with either ethylene glycol (EGW) or propylene glycol (PG) are the most often utilized water-based antifreeze solutions in electronics cooling. Ethylene glycol has a long history of application, particularly in the automobile sector.

Because pure water has more heat-carrying ability than pure ethylene glycol, water would be the greatest coolant to utilize if the sole factor in coolant selection was its capacity to carry off heat. Water, on the other hand, poses new complications. Rust occurs on iron engine components.

The rust is then transported to different cooling sites. Even before the corrosion blocks the radiator and fills the cooling system with dirt, the resultant corrosion interferes with heat transfer. Coolant aids in the prevention of corrosion and engine rust. Coolant also protects against freezing. It does not, like water, freeze and expand in extremely cold temperatures. This prevents cracking and excessive pressure in your engine.

What Does Coolant Mean: How it Works

The coolant pump, often known as the water pump, distributes coolant throughout the system. Heat is conducted away from the coolant via the radiator. Radiator hoses link the various components of the cooling system. When the car is not going quickly enough to move the air, the fan draws it through the radiator. The thermostat regulates the coolant temperature.

What Does Coolant Mean: The Types of Coolant Used in Vehicles

Because engine cooling systems in older automobiles were generally made of brass, rubber, and cast iron, engine coolants were all very much the same. Parts of modern automotive cooling systems, however, are constructed of copper, silicon, nylon, steel, magnesium, and aluminum alloys. So if your car's cooling system is not topped up or replaced with the proper coolant, costly problems may occur.

Because of the different compositions of the engine cooling systems, the right coolant now varies depending on the year, make, model, engine, and even the place of manufacture. With so many variables at play, car owners must be familiar with what does coolant mean with its different types so they could choose which type of engine coolant is best for their vehicle.

A lot of automobiles these days require enhanced engine coolants to efficiently and properly maintain its cooling system, also to protect the engine from getting damaged. Automotive service providers, nowadays, use three basic types of engine coolant:

This characteristic green-colored coolant has been used to preserve cooling systems for decades, although it is rarely utilized as a factory fill in current vehicles. One reason is that its additives deplete quickly, requiring it to be replaced more regularly, generally every two years or 24,000 miles. This type of coolant must be replaced more regularly since it loses its properties more quickly. This coolant is available in two colors: green and yellow.

HOAT coolants are generally orange and yellow in color and are found in Chrysler and Ford cars. They provide the benefits of both IAT and OAT coolants. OAT coolants are normally replaced every five years or 50,000 miles, while some automakers specify intervals as long as ten years or one hundred thousand miles.

The battery pack in most hybrid and electric vehicles is cooled by a separate system. Only coolants that fulfill the standards of the automakers should be used in these systems. In addition to the main coolant kinds outlined above, each carmaker has its own set of engine coolant needs.

The product utilized should always fulfill the required requirements. This information may be found in your owner's handbook, and a skilled repair professional will always ensure that the coolant used fits manufacturer specifications.

The right coolant type and combination should protect the coolant from freezing in low temperatures, boiling in high temperatures, and corroding and rusting of metal parts in the cooling circuit and engine. It will also reduce the wear of non-metallic elastomers such as rubber and plastic parts, as well as electrolysis, which is corrosion induced when coolant breaks down and gets electrically charged.

The incorrect coolant can cause component degradation and corrosion, which can have a long-term detrimental influence on a vehicle. The consequences can be latent, which means that it might take up to a year before clogging, deposits, and corrosion damage become an issue.

Corrosion and component degradation might have long-term consequences if your system is not properly cooled. Corrosion, deposits, and clogging issues can take up to a year before it can cause visible damage to your engine. It is sometimes mistaken as radiation failure, when in fact it was a simple issue of using the wrong coolant. A faulty coolant system is likely to be the source of a radiator that is heavily rusted or full of clogging interior deposits.

Because coolant-related problems occur inside the engine, you may not notice the damage until you inspect the cooling passageways and internal heat-transfer surfaces. So when you want to understand what does coolant mean for your car, it’s also important to understand that you have to use the right coolant.

When should you change your coolant? This is dependent on your car. Coolant or antifreeze, like all other fluids required by an engine to ensure dependable service, must be maintained and replaced according to the manufacturer's instructions. Depending on your vehicle, you may require a coolant intended for high-mileage vehicles, one created for certain manufacturers, or one with specialist additives.

In general, the coolant system should be cleansed and replaced every 50,000 miles. Coolant service may be required every 10,000 miles on some newer models. Draining the coolant and refilling the system is necessary because it eliminates rust particles and debris that might block the cooling system. If you observe foreign particles floating in the coolant, or if it appears rusty or colorless, it should be flushed and replaced.

A faulty coolant system can cause a radiator to become severely rusted or clogged with blocking internal deposits. People may believe that a radiator failed when, in fact, the improper coolant was utilized.

What Does Coolant Mean: Other Related Questions

What happens if you run out of coolant?

Coolant is present to cool down the engine's highly heated components. The engine parts would heat up but never cool down if there was no coolant. This, in turn, would lead to engine failure and degeneration of its associated parts. This is the worst-case scenario when your car's coolant runs out.

Can water be used as coolant in cars?

In an emergency, you may use water as a coolant. However, this is not advised because water does not operate well beyond its freezing and boiling extremes. This might potentially result in costly engine damage. As a result, only utilize it in unavoidable situations.

Is it OK to add new coolant without draining the old?

If the coolant was replaced and flushed within the last 5 years, you might add coolant without doing a flush and complete coolant change. Because it's a closed system, you shouldn't have to add coolant unless there's a leak. You should be ok if you just top it out with the proper coolant mix.

Can you drive with low coolant?

The coolant in your automobile is essential for keeping the engine cool. The fuel-air combination generates a lot of heat, which must be dispersed. This heat, if not dispersed, can cause catastrophic engine damage. Driving or operating your vehicle with a low coolant level is not recommended since it might cause engine damage.

Why is the coolant reservoir empty?

What could be happening if you are constantly low on coolant. If the reservoir fractures or develops minor breaches, the coolant it is holding may leak or evaporate slowly. The leaks may be modest enough that the driver is unaware of them, but they will eventually cause the reservoir to empty.

Why is my coolant low but no leaks?

When you're leaking coolant but there's no apparent leak, numerous things might be to blame. A blown head gasket, a cracked cylinder head, damaged cylinder bores, or a manifold leak are all possibilities. However, if the technician finds no traces of exhaust gases in the coolant, you may rest easy.

Is it OK to mix different brands of coolant?

When two different coolants are combined, they form a thick material that resembles jelly. If this occurs, the coolant will be unable to perform its intended function. Instead, it will overheat the engine. The damage may extend to the gasket, water pump, and radiator.

Is there a warning light for low coolant?

The most common cause of the coolant light turning on is because the coolant level is too low. When the level of your coolant tank dips, a floating sensor in the tank may activate the warning light.

More than knowing what does coolant mean — what it consists of and how it works, you must also understand the different types of coolants so you can ensure you’re using the right type for your engine. Always use the right coolant as specified in your car owner's manual.  Take note that if you only need to top it off, the guideline remains the same. And remember to always go with the manufacturer's maintenance schedule.

PrevPreviousWhat’s Involved In Lifting A Truck and How Much Does It Cost?
NextPros and Cons of Extended Car Warranties: The Detailed Guidance!Next