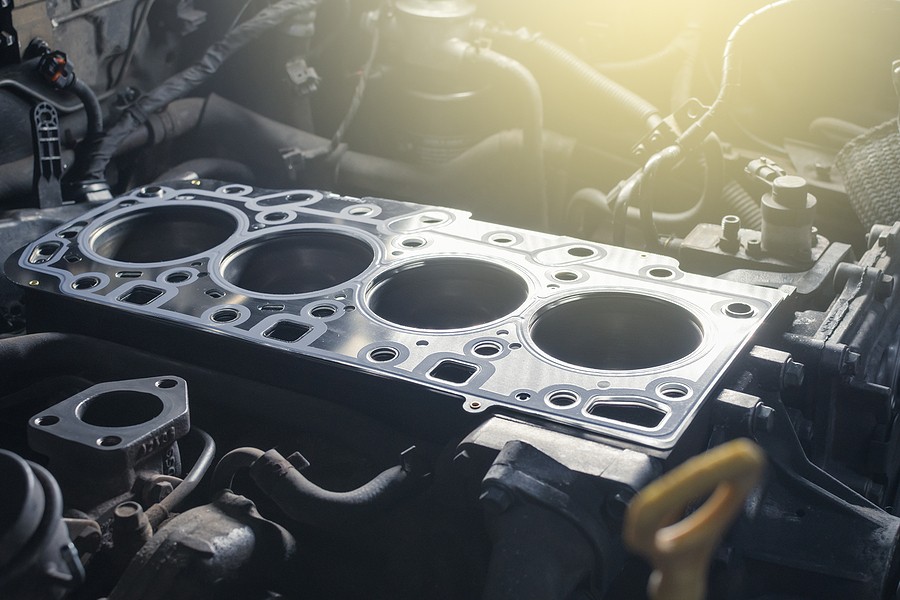 Learning about “what cars have the most head gasket problems?” helps you make an informed decision about whether you should buy one or not. According to Consumer Reports, here's the list of vehicles that are most likely to have blown head gaskets issues:

The head gasket is one of the most critical components in your engine. It serves as the sealing component to the cylinders that prevents any fluid leaks and prevents hot gases from escaping to the engine compartment. Unfortunately, head gasket failures are catastrophic, and they require very high repair costs. Therefore, being proactive about the head gasket problems requires a lot of preparation and research.

The good news is that researchers at Consumer Reports created a list of vehicles that are most likely to have major blown head gaskets. With that, this article walks you through the list to help you make an informed decision about whether you should buy one of these vehicles or not. Remember that if you own one of the vehicles mentioned on the list, it's not the end of the world because we have some recommendations and advice that can help you go through the situation.

What is the head gasket, and what does it do?

The head gasket also prevents the hot gases from leaving the cylinders and damaging the other components around your engine. Since the combustion process in the engine generates a lot of heat, extremely hot gases build up in the cylinders, and these gases need to leave through certain pathways. If these guests made their way outside the cylinders, they could easily damage the surrounding components and result in catastrophic outcomes.

The head gasket is not designed to last forever, and there will be a point in time where it faces some problems. The very common problem that you might hear about is a blown head gasket. Unfortunately, when the head gasket blows out, significant issues can happen, and you can easily need a new engine.

How much does it cost to replace a blown head gasket?

In general, replacing a blown head gasket can cost you on average about $2000. However, repair costs can go easily up, approaching the $3000 or even the $4000. Also, keep in mind that replacing the blown head gasket is a labor-intensive job which means that it's not something you can do at home to save on labor.

Most vehicle owners who face head gasket damages end up either trading in their vehicles or selling them simply because the repair costs are extremely high. That's why most automotive experts recommend if repair costs approached 75% or more from the value of your vehicle, you better sell the car and use the money towards a better vehicle.

Therefore, learning about “what cars have the most head gasket problems?” Help you stay on the safe side and prevent purchasing such vehicles. However, if you already have one of those vehicles, it is not the end of the world, and there are some recommendations that we can share with you to help you deal with such an issue.

What cars have the most head gasket problems?

Since head gasket replacement can have a lot of headaches, automotive experts and researchers were always interested in learning more about the issue and identifying vehicles known to suffer from this problem.

Consumer Reports research team put together an annual auto survey to understand what vehicles have major mechanical problems, and one of those problems was blown head gaskets. “It is striking how such a simple component can lead to such catastrophic problems,” says John Ibbotson, Consumer Reports’ chief mechanic. “Catch a failure early, and you might limit the expense. Better yet, learn from others, and avoid models known to have a higher risk of these dreaded issues.”

Consumer Reports listed the vehicles with the most head gasket problems and listed some alternatives for similar vehicles that provide you with the same capabilities but will not have head gasket issues.

Many customers indicated that the 2011 BMW 3 Series is expected to suffer from head gasket problems at around 72,000 miles to 122,000 miles.

If you are interested in a similar vehicle but don't have head gasket problems, you are advised to purchase either the 2011 Infiniti G, 2012 Infiniti G, or 2013 Infiniti G.

2014 BMW X1 was also another vehicle that has many head gasket problems. Customers indicated that these problems are expected to occur at around 76,000 miles to 82,000 miles. If you're looking for alternatives vehicles that don't have the head gasket problem, consider checking the 2013 Acura RDX and the 2014 Acura RDX.

The last vehicle highlighted in the consumer report list is the 2015 Buick encore. Unfortunately, head gasket problems are expected to occur at around 75,000 miles, and if you're looking for alternatives, considering the 2015 or the 2016 Lexus NX.

As you might already notice, most vehicles listed above are from BMW. Therefore, it is not surprising because many of these vehicles share the same engine, and whatever head gasket problems occur in one, it is expected to occur and the other one.

It is also surprising that fixing a blown head gasket in BMW vehicles costs up to $7500 while the other vehicles from Subaru cost only $1500.

What causes head gaskets to blow?

Although the head gasket is made up of sturdy material, it is not problems free. In other words, at some point in time, the head gaskets can blow out easily due to normal wear and tear.

Since the part is continuously exposed to extreme temperatures and pressure, some internal cracks can be very common with the head gaskets.

However, by looking at trends and some statistics, it seems like some automakers and manufacturers designed the vehicles to make the head gasket more susceptible to damage. In other words, although the head gasket will not last forever, some cars tend to have a more durable head gasket than others.

Therefore, it is important for you as a shopper or a current vehicle owner to review these statistics and go through the list we mentioned earlier to check whether you should expect head gasket damages anytime soon.

What's a car worth with a blown head gasket?

It all depends. When people are OK with purchasing your vehicle with a blown head gasket, many factors go into the equation with the final price they will pay you.

In general, if your vehicle has other components in great condition, your vehicle's value should not drop significantly from the average market value. However, if it still has other major issues, it might be challenging to sell it for a good price.

Keep in mind that most private buyers are not interested in purchasing vehicles with the blown head gasket. Therefore, your options were seen this vehicle aren't very women. If we decided to go for the dealership, they will most likely underestimate Your vehicle and pay you less than you envision.

That's why we always recommend all our readers to reach out to Cash Cars Buyer and evaluate how much they're willing to pay you for your vehicle by either giving the team a call or using the online tool that helps you get a quote in no time.

Learning about “what cars have the most head gasket problems?” Helps you in your next shopping for their new vehicle. This way, you are fully aware of what problems to expect, and once you are 100% sure that you can risk the issues, you can go with your selection.

If you already own one of the mentioned vehicles and you started noticing some head gasket problems, it might not be too late to sell the vehicle and purchase another one. The good news is that Cash Cars Buyer is one of the few list companies that guarantees to buy your vehicle no matter how that the head gasket problem is terrible