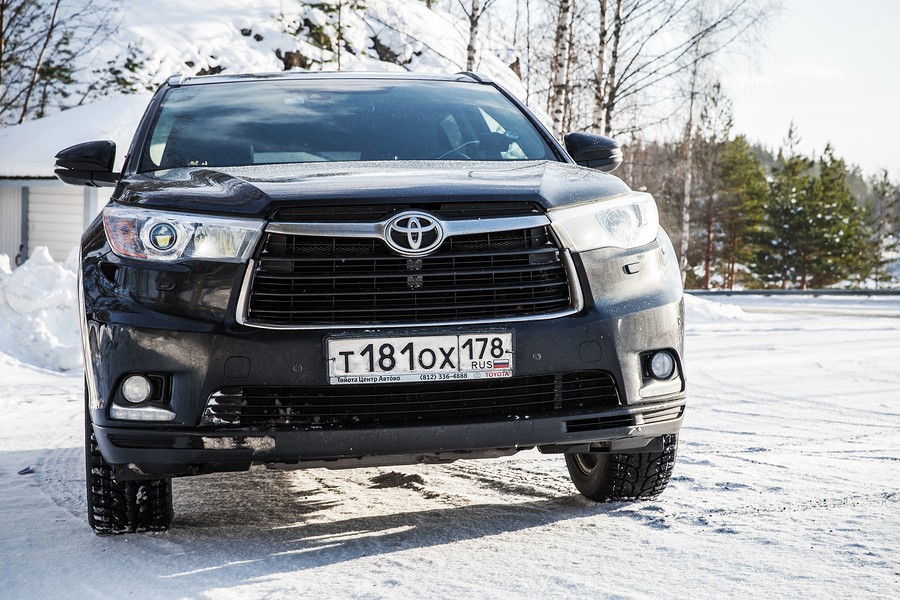 In the battle between the Toyota Highlander versus the Subaru Ascent, there are a number of factors worth taking a closer look at to determine which one of these SUVs will be the better vehicle for you. Toyota has been producing its Highlander SUV since the year 2000. Subaru has been manufacturing the ascent since the year 2018. Even though the Ascent is a newer vehicle, it has proven itself to be a fierce competitor in the mid-size SUV segment with a lot of value to offer.

Toyota has been making vehicles since the 1930s and they're known for making cars that have good resale value, excellent safety features, and can provide a reliable and comfortable ride. The best-selling car in history, in fact, is the Toyota Corolla. Over 46 million of those have been sold in its lifetime, which should indicate that Toyota really knows what they're doing when it comes to vehicle manufacturing.

Subaru has been manufacturing vehicles since 1953 and they're known for making affordable sports cars and reliable off-road vehicles. Both Subaru and Toyota have a reliable reputation in the SUV market. If you're having trouble deciding between the Toyota Highlander and the Subaru Ascent, we can break them down feature by feature for you so you can figure out which one is going to best meet your needs on the road.

In terms of performance and what you can expect to find under the hood, the Subaru Ascent features a 2.4 L, 4-cylinder, 260-horsepower engine. Despite the seemingly small engine, the Ascent is capable of towing up to 5,000 pounds. With seating for 8, it means you can get a decent camping trip going with this vehicle.

On the Toyota Highlander you can expect to find a 2.5 L V6 engine with 295-horsepower. That gives the Toyota the same ability to tow 5,000 lbs behind it. There's also a 2.5 L, four-cylinder hybrid engine available as well that offers 243-horsepower.

Obviously neither one of these SUVs is built for attaining super speeds and is more designed as a family vehicle. Neither one has exceptional pick up, but the Toyota does offer a bit of a more serious ride with its slightly more powerful V6 engine.

According to data from the US News & World Report, the Subaru Ascent is slightly higher in the rankings than the Toyota Highlander for best midsize SUV. In fact, the Ascent ranks 13th vs the Highlander’s 15th in their ratings.

Given that each of these vehicles offers the same towing capacity, we have to give the overall performance nod to the Toyota. Because of the more powerful engine, and also the available hybrid option, the Toyota Highlander wins.

Which SUV Is More Affordable?

If you go all in on available options, you could get the highest trim level of either the Subaru or the Toyota for around $50,000. For their base versions though, it's clear that the Subaru Ascent is a more affordable choice.

Repairpal.com is a site that compiles data from car owners about their average yearly repair bills. You can use this data to get a rough idea of how much you might have to pay every year for repairs, and how often you can expect to go to repair shops based on what other owners of the same vehicle have experience to. Unfortunately, they don't have any data for the Subaru Ascent on their site, but they do have some information on the Toyota Highlander. According to them, you can expect to pay about $489 per year on repairs if you own a Toyota Highlander. That's about average for SUV owners.

Car and Driver did a review of the Subaru Ascent however and drove on over the course of a year. In that time, they had to pay for about $700 worth of maintenance costs that they incurred. Of course, this isn't an average, but it does give you at least some anecdotal evidence of what you might have to expect to pay for a Subaru Ascent in a year. This didn't include any major repairs or accident damage, so it's not like something particularly unusual happened to the vehicle.

Based on fuel economy, potential repair costs and initial sticker price it looks like the Subaru Ascent is a more affordable option than the Toyota Highlander. Subaru Ascent wins.

Which SUV Has Better Features?

The Subaru Ascent offers an 8-inch touchscreen for the infotainment center as well as USB ports even in the third-row seats. Toyota Highlander also has an 8-inch touchscreen that you can upgrade to a 12.3 in if you get the Platinum trim level. Both offer Apple Carplay and Android Auto and with a higher trim level you could also get 4G LTE and turn your SUV into a hotspot.

Overall, the features are fairly balanced between the two vehicles. Either with the base model or with some upgrades, there's bound to be something for everyone in either the Subaru Ascent or the Toyota Highlander. We can't say one vehicle really outshines the other given all the available options and what could come standard depending on the trim level you select. For that reason, when it comes to features, the Subaru Ascent and the Toyota Highlander are tied.

The Subaru Ascent has some fairly large roof pillars that make the blind spots a little larger than they might be on similar vehicles. That said, it also aced its crash test ratings from the Insurance Institute for Highway Safety, earning it a Top Safety Pick+ rating. The Subaru also features what it calls an Eyesight Suite of safety technology that includes forward collision warning, automatic emergency braking, lane departure warning with lane keeping assist, and adaptive cruise control.  You can also get an Ascent with blind spot monitoring system with rear cross-traffic alert, reverse automatic braking and even headlights that move as you turn.

Both the Subaru and Toyota take safety seriously and that shows with the wide variety of features that they're willing to offer on each vehicle as a standard. Because both vehicles did so well on their crash test ratings, and both offer nearly identical safety packages we can't really choose one vehicle over the other in terms of safety. For that reason, when it comes to safety, the Subaru Ascent and the Toyota Highlander are tied.

Which SUV is the Better Choice?

In our straight-up comparison, the Subaru Ascent and the Toyota Highlander ended up being tied in terms of both safety and features that they offer to you as a driver. The Toyota Highlander took the day in terms of the performance that it offers, while the Subaru Ascent definitely had a superior price point from the base model all the way up to the highest trim level available.