Toyota Avalon vs Toyota Camry: Which Is Better? 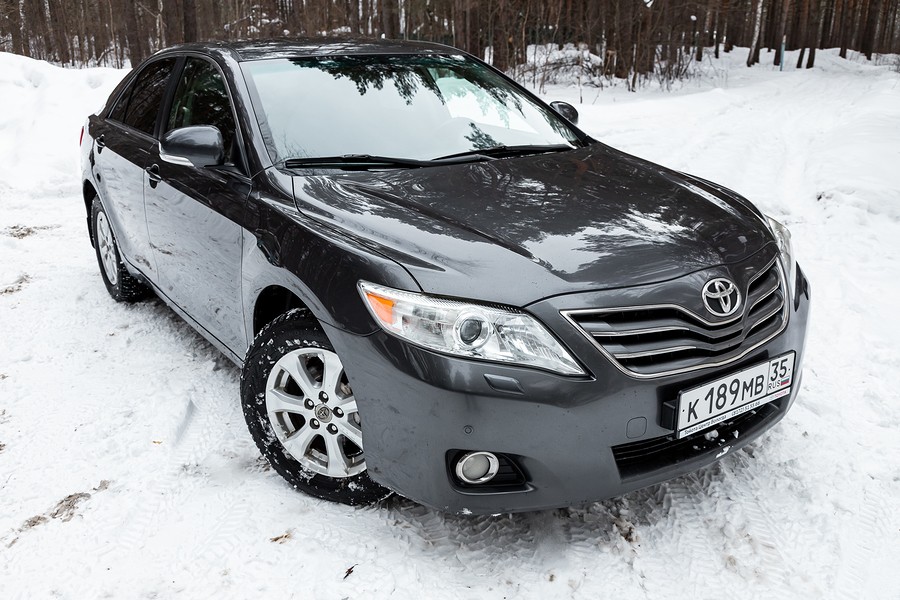 Which car comes out ahead of the game in the battle of the Toyota Avalon vs Toyota Camry? Toyota has been marking the Camry since 1982 and it's been consistently one of the best-selling midsize cars on the market. In fact, it’s been the best-selling car in America for several years in a row now. The Avalon, Toyota's full-size car, has been on the market since 1994. Car and Driver ranks the Toyota Avalon the number two full-size car in America. Both of these cars come with the impeccable performance and features you'd expect from Toyota, just catering to different markets based on their size. If you want to know which one is going to best suit your needs, let's walk through what they have to offer to help you decide. If you’re looking for power in your performance, based on the base model alone, the Avalon is the clear winner.  If you're willing to bump up your Camry to match the Avalon under the hood, then the increased performance will put the Camry over the top.

Because of the extra size you might find the Avalon a more comfortable ride than the Camry overall, but the difference is slim, and it's not to say that the Camry is uncomfortable in any way.

When you compare Insurance Institute of Highway Safety crash test ratings between the Avalon and the Camry, it is about as close a race as you can get. They both average out to a nearly perfect score but there is a very small difference. The Avalon ranked perfect across-the-board for its 2020 model. However, the Camry fell short on just one of the 30 aspects on which it was tested. While everything else ranked as good, the passenger side restraints ranked down as acceptable as opposed to good. It's a very minor difference on an otherwise flawless score.

If you're looking to determine which one of these two cars are better by the numbers, the Avalon did have a perfect score, so it wins in terms of crash test ratings. Overall, you can get a superior performance out of the Camry if you choose the right trim package and options, but based on the base model, the Avalon wins. For that reason, this one’s a draw.

The base model Avalon is the XLE. The MSRP for The XLE model is $35,875. The base model of the Camry which is the L model comes in at $24,425. As you can see there's quite a range between the two. This is to be expected though because the Camry is Toyota's flagship midsize car whereas the Avalon is a full-size vehicle. Just by its nature the Avalon is going to be a more expensive model.

The highest-end Camry is the XSE V6 which has an MSRP of $35,130. As you can see, you're definitely spending some more to get that full-size Avalon over the Toyota Camry. The value does come in the size of the Avalon though so determining which one of these two vehicles is the right one for you really depends on what kind of car you need.

Based on the data collected by Repairpal.com, the average Camry owner is taking their car into the shop to get about $388 worth of repairs done every year. An Avalon owner is looking at paying on average about $463 per year and repairs.

Strictly by the number is it seems clear that the Toyota Camry is the more affordable vehicle here. You're paying less for repairs, less for gas, and less for the car right off the lot. Whether it's a better value is up to you however since the Avalon is a full-size car and it's obviously going to appeal to different drivers than the much smaller Camry.

Toyota decided to up their game with the latest Avalon and Camry models. The 2020 Camry and the 2021 Avalon have been upgraded to include all wheel drive which gives them an edge over most other vehicles in their class as very few midsize or full-size sedans offer that for drivers.

When it comes to features, you can really go all out with either the Camry or the Avalon if you're willing to pay a few extra dollars to get what you want. As we've seen there are a number of trim packages so the options vary greatly. If you want to you can deck out your Camry with a 9 speaker audio system, the driver assistance package that includes bird's eye view camera with perimeter scan, clearance sonar, rear cross-traffic braking, a 10-inch colour heads up display, and even multi-stage ventilated front seats. You can even get a Qi wireless charging mat for your phone.

The Avalon justifies its higher price by providing you with things like acoustic noise reducing glass, a 9-inch screen as opposed to the 8-inch screen in the Camry, heated steering wheel,  an extra 9 cubic feet of passenger space and even two USB-C charging ports as opposed to those old timey regular USB ports that you'll get in your Camry.

Being a full-size car, the Avalon is more in line with the idea of a luxury sedan and that's why it just has a greater number of features and higher quality ones than the Camry. That's not to say that the Camry doesn't have good features, and also a lot of options that you can upgrade to get you in the same range as the Avalon, but the Avalon was designed for this. For that reason, we'll call this one in favour of the Toyota Avalon.

Toyota is the top selling car brand in the world. In 2018 alone Toyota registered over 8 million vehicles putting them a head and shoulders above their nearest competitor Volkswagen that had about 6.5 million. The Toyota Corolla is actually the best-selling car in history with around 46 million sold in total since it was introduced. As you can see, Toyota is no slouch when it comes to producing popular, quality automobiles. The Camry and the Avalon are no exception. If you want to talk about quality midsize cars the Camry is a great option. If you want to talk quality full-size cars, the Avalon is a great option. Both of these cars are, hands-down, worth your money.

If the extra size of the Avalon is not a consideration for your driving needs, then in a head-to-head competition we'd have to call this one in favour of the Camry. With the extra number of trim options, and your ability to upgrade the engine so that it's identical to the Avalon, the Camry can’t be underestimated. Not to mention the features that you can upgrade to get it just about even with the Avalon in terms of comfort, safety, and technology we're going to say that the Camry is the better choice. The Toyota Camry is more affordable and offers performance and reliability that can’t be ignored.

PrevPreviousCars For Cash Corpus Christi – FREE Car Removal And No Fees!
NextCash For Junk Cars San Francisco – We Buy Cars With No Title!Next