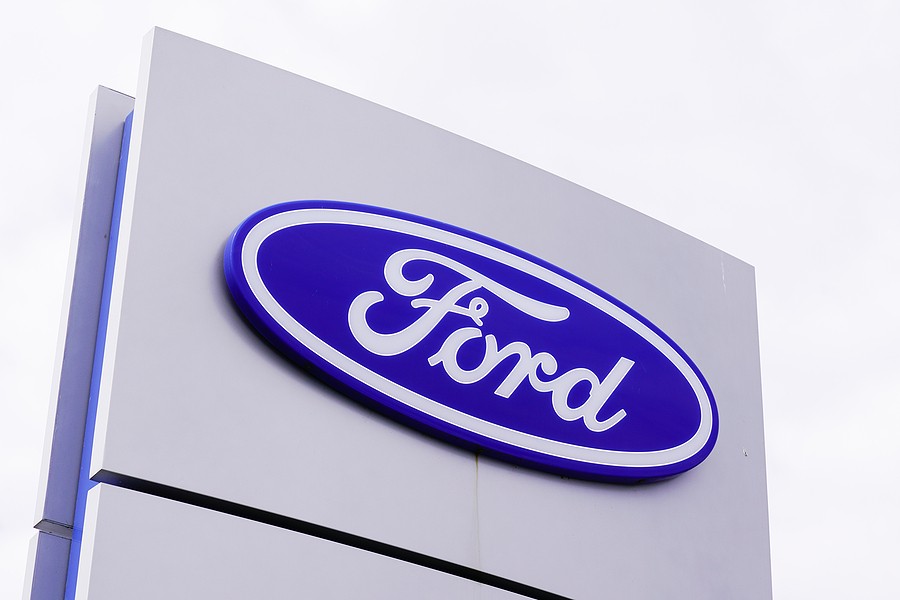 Today, Ford is the world’s fifth largest automaker based on worldwide vehicle sales and the world’s second largest family-controlled company with the Ford family controlling it since it was established over 110 years ago. It started with a man named Henry Ford who had a great passion for cars and building it. He was born on July 30, 1863 and by the age of sixteen became a machinist’s apprentice. He worked as a mechanical engineer from 1988 to 1899. While working as a mechanical engineer, he was doing experiments during his leisure hours and by 1893, he completed the construction of his first gasoline engine.

In 1896, he built his first automobile with a body made of a small crude wooden box that had bicycle wheels. It had a single seat, a steering tiller, and an electric bell on the front. He called it a quadricycle. In 1903, he founded the Ford Motor Company and the rest is history. The Ford Motor Company manufactures passenger cars, trucks, and tractors, automotive parts and accessories. Let us travel down the memory lane and discover the evolution of Ford as a brand and as a manufacturer.

The very first car that the Ford Motor Company produced is the Ford Model A. It was made in Ford's first facility which is the Ford Mack Avenue Plant, a modest rented wood-frame building on Detroit's East Side. It began its production in 1903. The car is offered as a two-seater runabout or as a four-seater tonneau that came with an optional top. It had a flat-2 engine that was mounted horizontally that produced 8 hp and could reach a top speed of 28 mph. It had a 72-inch wheelbase and band brakes were used on the rear wheels.

In 1904, the Model A cars were equipped with a larger 10-horsepower engine and called it the Model AC. In the same year, the Model C was introduced. But it was not until 1905 that the model C was given the 10-hp engine that could get a top speed of 38 mph. Model C was the entry-level car in the Ford line-up. It had a more modern look than the Model A. It was marketed as the Doctor’s Car. The Model C had a front box like a modern car, but it was only for decorative purposes. The engine was still located under the seat and the gas tank was under the hood. Ford Model C is the first vehicle to be built at Ford Motor Company of Canada.

In 1908, the highly successful Ford Model T was introduced. It was a self-starting vehicle with a left-sided steering wheel that was equipped with a four-cylinder engine with a detachable cylinder head and a one-piece cylinder block that produced 20 hp and with a max speed of 40–45 mph. It was lightweight but offered superior strength as it was fashioned with vanadium alloy steel and it also had a great ground clearance. It is the first Ford model vehicle that was built using parts that the company made itself. It was built in the Ford Piquette Avenue Plant in Detroit. It became so successful that the demand for this car was so considerably high that Ford developed new mass production methods in order to manufacture it in large numbers. In 1911, he started the first U.S. branch assembly plant in Kansas City, Missouri and opened the company’s first overseas production plant located in Manchester, England. In 1913, Ford achieved another milestone by creating the first moving assembly line utilizing the use of conveyor belts. This assembly line made it possible to produce thousands of Model T cars in a year, making it more affordable to the public. The total Ford Model T cars built from 1908 to 1927 was 15 million earning the 8th spot on the top-ten list of most sold cars of all time.

In 1922, Ford acquired the Lincoln Motor Company that was founded by Henry M. Leland in 1917. It is now the luxury division of the Ford Motor Company.

The new Ford Model A is Ford's second market success after the Model T. It was introduced in 1927. It had a water-cooled 3.3 litre engine, side valve, 4-cylinder unit that has an output of 40 horsepower and a max speed of around 65 mph. The Model A was offered in a number of different styles such as a standard and deluxe coupe, business coupe, sport coupe, roadster coupe, convertible cabriolet, convertible sedan, Victoria, station wagon, and many more. It was also the first Ford that was equipped with the standard set of driver controls with conventional clutch and brake pedals, throttle, and gearshift.

Between 1932 and 1934, Ford produced three models – the Model A, Model 18, and Model 46. The Model B was like an updated version of Model A. The Models 18 and 46 were both equipped with Ford's new flathead V8 engine. The 1932 Model 18 was the first model to use this engine and it was also the first car that was affordable and mass-marketed that had a V8 engine achieving another milestone in the American automobile industry.

The 3.6 L “Flathead” V8 engine was rated at 65 hp. During this year, the ‘32 Ford became popular as it offered an easy platform to install a fast flathead that was affordable and had an ample supply. It became an instant hit for the hot-rodders thus, becoming an iconic hot rod aesthetic. It was known as a deuce coupe or the ‘32 Ford. In 1933, Another first during this year was the ‘32 Ford’s steel reinforced body, a clear upgrade from the wood structures with stamped metal skins nailed to them which was the standard build in 1932. In the same year, cars were now built with laid back grilles that hide radiators, bodies were extended down to meet running boards and to cover gas tanks.Through the years Ford continuously increased the power of the V8 engine. It was increased to 75 hp, then in 1934, it was again increased, this time to 85 hp.

WWII happened and the production of commercial-used Ford vehicles took a halt. During WWII, Ford supported the war effort after the Pearl Harbour. Ford produced 390,000 tanks and trucks, 27,000 engines, and 270,000 Jeeps. Ford also made over 8,000 B-24 Liberators, hundred thousands of parts, gun mounts, and machine tools for the war.

The first generation of the F-Series trucks was introduced in 1947. The introduction of this series was the start of division of the Ford car and Ford truck design which made them develop  a chassis that was only intended for truck use. This first generation series was also the only generation that was fully equipped with Flathead inline-6 and V8 engines. It had a wider cab and a one-piece windshield, integrated headlamps, and an optional windshield washer that was operated by foot plunger, passenger-side windshield wiper and sun visor, and passenger-side taillight.

Through the years since it was introduced, the F-Series trucks had undergone revisions and redesigns. The trucks’ rear windows were made larger, the grille was restyled, the three-speed shift was transferred from the floor to the steering column. The F-Series were also being produced and offered in 8 different weight ratings – pickup, cab-over engine, conventional truck, panel truck, and school bus chassis body styles. The Ford F Series is still being produced until today and now on its thirteenth generation. Since it was introduced, Ford has sold over 40 million trucks.

The Ford Thunderbird was made into production in 1955. It was introduced as a two-seat convertible. The Ford Thunderbird was not tagged as a sports car but rather an upscale model car and it resulted in creating a new segment known as the personal luxury car. In 1958, it was redesigned and was given second row seats and the generations after that became larger. It was then offered in different body configurations such as a four-seat hardtop coupe, five-seat convertible and hardtop, and six-passenger hardtop coupe.

The introduction of the first generation Ford Mustang in 1964 also marked the creation of a new category of automobile known as the pony car. THe Mustang’s design with a long hood and short deck became so popular at that time that competitors produced vehicles with similar designs.

The Ford Transit or the Ford T-Series is a range of light commercial vehicles that Ford produced since 1965. It was initially sold as a cargo van, but was later offered as a passenger van, minibus, cutaway van chassis, and as a pickup truck.Through the years, over 8,000,000 units of the Transit vans have been sold earning the third spot of the world’s best-selling van of all time.

Introduced in 1976, the Ford Fiesta is in the supermini segment, and Ford’s smallest car yet. Since its introduction in 1976, it has sold over 16 million units.. The Ford Fiesta also became the United Kingdom’s all-time sales champ.

The Ford Taurus marked another milestone for the Ford Motor Company and the entire American Automotive Industry. It was the first Ford automobile designed and manufactured using the Statistical Process Control. Ford taurus was produced in 1986 and it was offered with either a V6 or an inline four-cylinder engine and an option between manual or automatic transmission.

It had an overall design that had an influential effect which brought many new features and innovations to the automobile industry like the switches of the power windows and power locks that were installed with one half of the switch raised up, and the dashboard that has all the controls in the central area and were in within reach, making it easier for the drivers to operate them with their eyes and attention focused on the road. The Ford Taurus became America’s best-selling car for most of the following decade with nearly 8 million units sold.

The Ford Explorer is the first ever four-door SUV produced by Ford. It was first manufactured in 1991 and now it is in its sixth generation. In the years 1991 to 2017, Ford has sold 7.8 million Ford Explorer SUVs.

The Ford Expedition was introduced in 1997 and was the first full-size SUV from Ford  that was offered with a four-door body. It is also known for being one of the longest-lasting vehicles on the road.

The Ford Raptor is Ford’s own nameplate for its high-performance pickup trucks that was produced since 2010. With its four-wheel drive as standard equipment, a mid-travel suspension system, and all-terrain tires, it was surely made for off-road use. The Raptor is also  the highest-performance version of the Ford F-150 and Ford Ranger that is equipped with the most powerful engines available in the F-150/Ranger lines.

Through the years, Ford created and built many vehicles that changed and impacted the whole automotive industry. Many milestones were marked first by the Ford Motor Company as they were risk-takers and innovative. Ford thoroughly examined the needs of customers and worked their marketing strategies from the obtained information. From the said information, they managed to produce efficient vehicles that meet the needs of the different market segments. Ford meant business and they are good at it.

Their strengths include the utilizing of the latest and best technologies, the creation of clever and stylish designs, and the ability to adapt in every situation and needs of the market. Ford offers vehicles for every customer that caters their needs. From the small and midsize cars, vans, larger SUVS, offroad trucks, and even luxury cars. Ford became what it is today because of a man who had a vision. Today,the whole world knows the brand Ford and its Blue Oval emblem that signifies strength, excellence and grace.