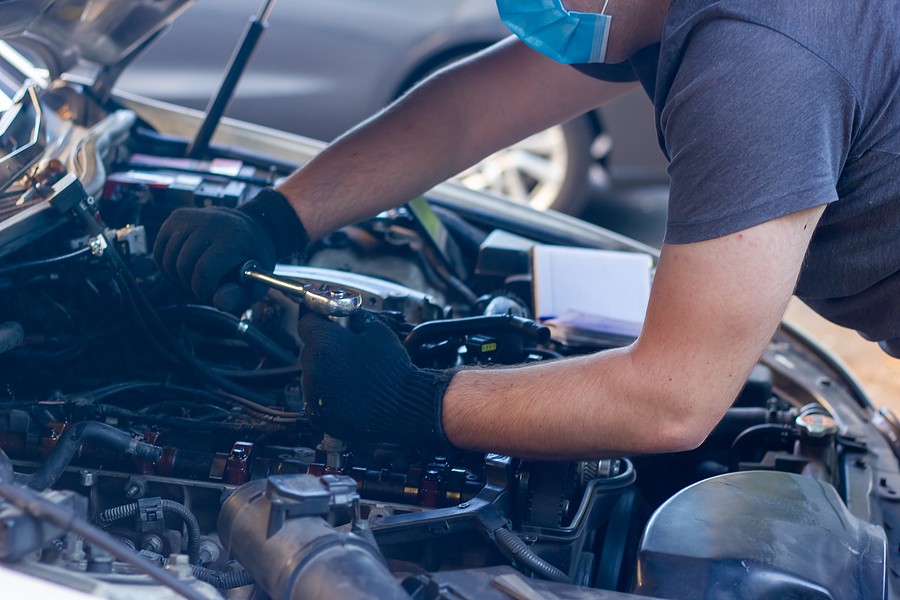 You are driving down the road and then you notice a diagnostic trouble code in your car pop up – the P0174 OBD-II trouble code. You’re thinking to yourself – what is that? It refers to the system too lean bank 2 issue. You’ve never seen it before and certainly never even heard of it. Let’s dive a little deeper into what this means, how you can fix it, and the diagnostic procedures you can take to ensure this trouble code does not show up again during your driving.

Although the P0174 OBD-II code is not specific to certain manufacturers and is considered a generic code that can show up in any type of car, regardless of make, model, or year, it can be more common or show up for certain drivers more times than others. More specifically, a P0174 OBD-II code is most often reported in specific Chevy and Ford cars.

If you are driving one of these cars and your vehicle is triggering a P0174 OBD-II code, let’s help you figure out how you can learn a little bit more about what this problem is and how you can fix it and diagnose it. By learning about this code you can figure out the issues with your car’s system too lean in bank 2.

The diagnostic trouble code P0174 OBD-II stands for “System Too Lean (Bank 2).” This code shows the driver or the mechanic that the car’s internal computer has detected a lean running condition.

So what is a lean running condition? A lean condition is brought on by an imbalance of the air to fuel ratio due to either a lack of fuel or too much air entering the engine during driving. The bank 2 section of the code shows that the main issue lies within the concentrated side of the engine that is opposing the #1 cylinder.

Even though the engine control module is supposed to do its job and bring a lean condition back to the normal condition, it can only do this so much. This is true of any part – it can only do its job up until a certain point and at a certain extent, it won’t be able to continue fixing the issue if it is too prevalent and consistent. Therefore, the P0174 code might be needed to let the driver or the mechanic know that it is time to resolve this problem before it gets too late and the system becomes even leaner in bank 2.

In order to get a better understanding of what a lean condition really is about a car, let’s talk a little bit more about how a combustion engine functions within a vehicle. In the ideal conditions for any car, the air to fuel ratio being burned and ignited by the engine is approximately 14.7 parts of air to 1 part fuel, creating a 14.7:! Ratio. When the ratio of air is too low and the ratio of the fuel is higher than it should be in the car this can result in something that is called a “rich” mixture – the exact opposite of a lean mixture. If there is too much air and not enough fuel, then you have what we would call a “lean” mixture.

To fix the imbalance of the air to fuel ratio, the electronic control module works in tandem with the oxygen sensors within your car to determine the necessary amount of oxygen needed and the current amount in the exhaust. The electronic control module can then regulate the air and fuel mixture by adding or reducing the fuel to get the right ratio, thereby reducing the chances of having a system too lean for bank 2.

So, what are the signs that your engine is running lean and you need to fix the system too lean for bank 2?

Signs of an engine running lean

First, if your car is performing poorly and can’t drive like it is supposed to or like you are used to, this is a sign of an engine running lean in bank 2. Your car will have less power than it had before, less acceleration, less punchiness, and less driveability. For example, this could also refer to sluggish acceleration, lack of performance at certain RPMs, or an overall lack of power in your vehicle.

This is the result of a lack of fuel within the ignition chamber, at a much lower value than your car’s computer expects or is used to running on, causing the power to be less than usual. If your car is running extremely lean in bank 2, then your car might even backfire or sputter when decelerating.

Causes of System Too Lean in Bank 2

There are various causes to the system being too lean in bank 2 within your car, causing performance decreases and the potential for further problems within your vehicle.

The first cause of the P0174 code and the system being too lean is a dirty or faulty mass airflow sensor. The mass airflow sensor is one of the key components of an electronic fuel injection system in your car. It is installed between the air filter and the intake manifold, and the symptoms of a contaminated mass air flow sensor is the inability to measure the amount of air flow correctly.

The second cause of the system being too lean in bank 2 is vacuum leaks with the PCV hoses, vacuum hoses, or the intake manifold gasket. This leak can occur anywhere between the engine and a mass air flow sensor, causing unmetered air to enter the system and resulting in the actual air flow to be higher than the mass air flow sensor measures, miscalculating the amount of injected fuel and causing the engine to run lean.

The third cause of the system being too lean is a weak fuel pump. There are many signs of a weak fuel pump, like the engine sputtering at high speeds, rising temperature, fuel pressure gauge misreading, loss of power when the vehicle is stressed, surging, and decreased gas mileage.

The sixth cause of the system being too lean in bank 2 is PCM issues, like the software being in need of an update or other computer based issues. The main failure symptoms of the PCM not working correctly is the check engine light turning on, the car not being able to start, the mileage suddenly dropping, your engine stuttering, erratic or random shifting, receiving a PCM error code, or other computer based glitches.

Another cause of the system being too lean in bank 2 is that there is a worn-out oxygen sensor. The first symptom of worn out oxygen sensors is the check engine light coming on, along with poor fuel economy, rough idling, weak engine performance, and a failed emissions test.

The last cause of the system being too lean in bank 2 is that the use of oiled filters could cause the sensor to become over-oiled and contaminated throughout the lubrication process.

How to Diagnose The System Being Too Lean in Bank 2

The first step in diagnosing your code P0174 is that you will need to use a scanner to scan your vehicle and make sure that the P0174 is the only code showing up in the diagnostic trouble section. If other codes are illuminated or showing up, then you must address those problems first and foremost.

The second step in diagnosing the code that shows your engine system is too lean in bank 2 is that you will need to inspect all vacuum lines and hoses for leaks, making sure they are properly connected. If you suspect a leak or can feel the leak in one of the fuel lines, you will hear a hissing sound and feel the air escaping. If you suspect a vacuum leak but can’t find it, then you should make sure you can take your cat to a mechanic.

Next, reconnect any vacuum lines you have taken apart and replace any damaged vacuum lines that are leaking, using a scanner to clear the check engine light code P0174 to fix the engine running lean on bank 2. After you have used the diagnostic trouble code scanner, remove the mass airflow sensor and clean the sensor using contact cleaner to ensure there is no debris or unwanted particles.

After you clean the sensor, reinstall the mass air flow sensor and clear the check engine light. If the check engine light code P0174 continues after you have replaced the damaged vacuum lines and properly cleaned the mass air flow sensor, perform a fuel pressure test.  If there are no clear vacuum leaks, you have a clean sensor, and the fuel system is working well, you have successfully fixed your system being too lean in bank 2.

Estimated cost of repair of a leak in system bank 2

For the error code P0174, you might have to have at least one, or a combination of multiple, of repairs done in order to fix the underlying issue. To fix a vacuum leak, the cost is between $100-$200, while the cost to clean a MAF is $100 and the cost to replace the AMF is $30.

If you notice the P0174 code when you are diagnosing your engine  and troubleshooting the issues with your car, then do not ignore it. Make sure you address the problem as soon as possible. An engine that is not running correctly due to the system too lean in bank 2 can cause the mixture to fail if left untreated. A problem that would originally use an inexpensive fix could turn much bigger if left untreated. Remember that the system being too lean in bank 2 is a serious issue that requires immediate attention to prevent reduced fuel economy, reduced performance, and reduced ride quality.