Symptoms of A Bad Serpentine Belt and Replacement Costs 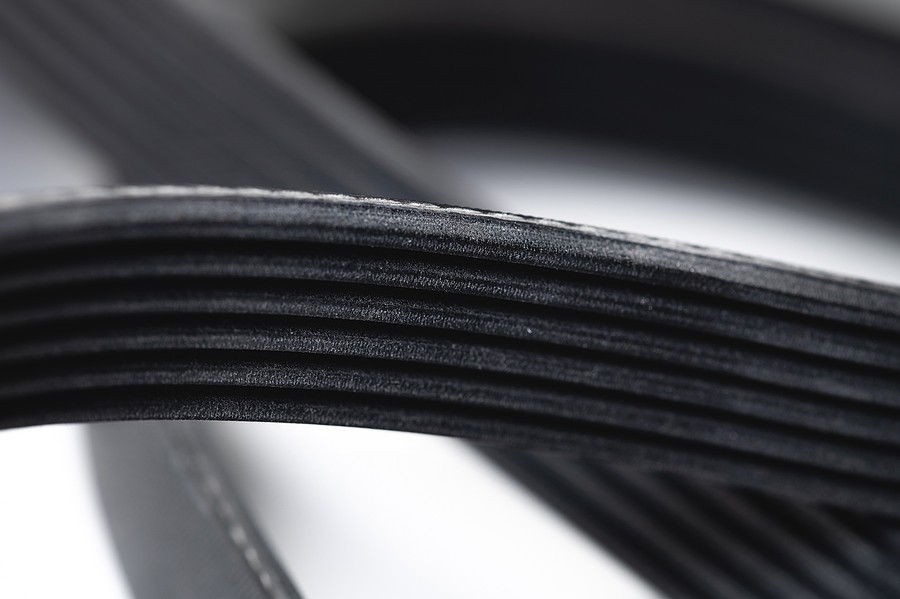 Some of the common symptoms of a bad Serpentine belt include problems with the air conditioning, issues with squeaking noises, trouble functioning the power steering, engine overheating, damages to the belt itself, troubles working battery, and some whining noises from the pulley.

The Serpentine belt is one of the most critical components in your engine. It is responsible for providing the required energy to turn on power steering, alternator, air conditioning, and some vehicles the water pump.

Thus, a bad Serpentine belt is not something you can delay taking care of when you have time. You must repair it immediately if you would like your vehicle to keep going.

Certain symptoms indicate that your Serpentine belt is going bad sometime soon. Once you detect any of these symptoms, you must how do the vehicle inspected and repaired by a professional mechanic.

This article provides you with the top reported symptoms of a bad serpentine belt. It also gives you an idea about how much it will cost you to replace a bad Serpentine belt.

What is the Serpentine belt, and what does it do?

By using rotational power, this belt is responsible for running all various accessories in your vehicle. For instance, the Serpentine belt provides the necessary energy for the alternator, the air conditioning, the power steering pump, the water pump, and others.

Usually, the Serpentine belt does not go bad very soon. According to automotive experts, Serpentine belts are expected to last up to 60,000 to 100,000 miles. However, this range can differ significantly from vehicle to other vehicle and depends on your driving style and environment.

As a driver, you can perform simple visual inspections of your Serpentine belt to determine if it's going bad very soon. For instance, you might need to look for some of the following:

Is the Serpentine belt the same as the V belt?

What are the common symptoms of a bad serpentine belt?

Unfortunately, and add a Serpentine belt completely affect driving your vehicle. It is not something that you can delay and take care of once you have time. You will immediately notice that several accessories in your vehicle are not working properly, preventing you from driving this car.

If you notice any signs of damage is or cracks around the seat belt, you must take care of the problem immediately and have a professional mechanic inspect the vehicle to determine what exactly happened to the belt and how to fix it.

The good news is that when the Serpentine belt goes bad, it will let you know, and you will notice one of the following clear symptoms of a bad serpentine belt:

Keep in mind that a bad Serpentine belt is not the only problem that will prevent your air conditioning from working. There might be many reasons behind this problem, so; you can't only rely on the symptom to say that the Serpentine belt is the primary cause of this issue.

In many scenarios, fixing the alignment and the Serpentine belt's tension can take care of this problem. However, if the Serpentine belt is completely damaged, the best solution is to replace it so don't deal with weird squealing noises.

As for the air conditioning, the Serpentine belt is the primary source of power to steering to work. Dealing with the steering system issues can be very critical because it's the system that allows you to control the vehicle, and it can get even more complicated if you're driving on the highway.

That's why we always recommend that when the Serpentine belt goes bad, you have to take care of the problem immediately, so you don't put your life into other people's lives at risk of crashes.

Engine overheating is one of the worst enemies that any driver would like to deal with, affecting the engine over a small timeframe.

Like other mentioned symptoms, engine overheating can happen due to many other reasons. That's why you must look for multiple symptoms simultaneously and perform a thorough inspection buy help from your professional mechanic to confirm that the issue is coming from a bad Serpentine belt.

When the alternator is not working, it will quickly deplete the electrical current in the battery by charging some of the components like the headlights, radio, spark plugs.

Therefore, you might need to look for symptoms of a snapped Serpentine belt. Keep in mind that even a loose Serpentine belt that's not gripping the alternator properly might also prevent your vehicle from going.

About Serpentine belt might cause whining noises around the engine's pulley, especially if it's snapped. You'll notice that this noise gets louder and louder as you accelerate.

One of the primary reasons for this whining noise could be that the Serpentine belt is overtightened, which puts additional friction and load on the pulley's accessories.

The Serpentine belt will cause whining noises, but it can also eventually damage the water pump when the bearings around the pulley are failing.

Therefore, you need to make sure that it is not over tightened to prevent damaging the bearings when you install a new Serpentine belt.

Is a Serpentine belt easy to replace?

The Serpentine belt replacement should not be a complicated job, and many drivers do it by themselves. However, in more modern vehicles, replacing the Serpentine belt can be a little more complicated because it involves some automatic drive belt tensioners, which require a higher level of mechanical skill sets to deal with.

Does the Serpentine belt affect the transmission?

Usually, the effects of a bad Serpentine belt are limited to the engine's accessories as if it fails to transfer the necessary power to these accessories.

Is the Serpentine belt the same as the timing belt?

As we indicated earlier, the Serpentine belt is responsible for powering all accessories using rotational power generated by the engine. On the other hand, the timing belt is responsible for making sure that both the camshaft and crankshaft are In Sync, allowing the valves to open and close at the right timing to provide smooth engine running.

How much does it cost to replace a bad Serpentine belt?

The part itself is even cheaper and costs you between $25 and $80.00, depending on your vehicle's type. However, labor costs might be something around $75 to $120.00. Many people find it useful to take care of Labor costs by replacing the Serpentine belts themselves.

However, it is never recommended that he attempt to replace the Serpentine belt yourself unless you are comfortable and have the necessary mechanical skill sets. Usually, most DIYs do not work the first time, and you don't want to test on one of the most critical components in your vehicle, your engine.

If you decided to go ahead and replace your Serpentine belts, you need to be fully aware of the necessary steps while making sure that you got the right replacement part that matches the old one.

The Serpentine Belt is a critical component in your engine. It's responsible for powering all accessories in your vehicle, including the air conditioning, steering power, the water pump, etc.

However, if there are other major problems in your vehicle that will cost you thousands of dollars, it might be the right time to evaluate whether it's worth selling your card to Cash Cars Buyer instead.

Cash Cars Buyer is one of the top-rated car removal companies in the nation that provides you with the top dollars along with free towing despite your living location around the United States.

PrevPreviousWhy Are My Spark Plugs Wet With Oil? Here Are The Main Reasons!
Next Can You Lease A Used Car – Everything You Need To Know!Next