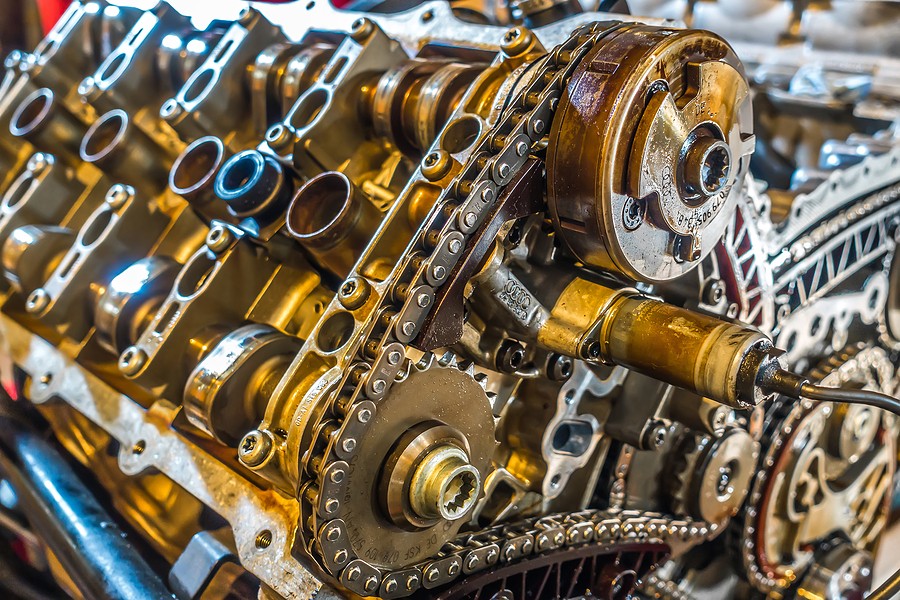 A rough running engine and car shaking are two the most common problems reported on  automobile forums. These issues have been a source of frustration for drivers for a long time and  can be brought about for a whole host of reasons.

Here, we break down the signs that your car may be experiencing such problems, what to do about  them, how they can be prevented and the different kinds of shaking and rough running engine  problems you can encounter.

The engine, the heartbeat of the car, should always run smoothly and without issue. If it doesn't,  there is definitely something wrong. A properly operating engine runs nicely and without excessive  noise. Sometimes, however, this is not the case.

If your engine begins to feel as though it is running ‘rough' – a feeling that is almost like it is working  against the car than with it – this requires rude and prompt attention from the driver. It may be  worth first having it checked out by a mechanic to rule out small issues.

Another tell-tale sign that you have a rough running engine, aside from the shaking that it can cause,  is if the car cannot keep a consistent speed despite you controlling it as you have done previously.  This means the engine is likely suffering rough idle.

The idle speed of a car is dependent upon the specific revolutions per minute when it comes to the  engine crankshaft. Idling occurs when the vehicle has enough power to operate such things as the  steering and the alternator, but not enough to make it move alone.

Idling is a phenomenon that should feel smooth and silky and without problem. Once it starts to  jump, jerk or feel rough, that is when you have a problem that needs to be investigated as it is  normal for your car to experience this, so don't just carry on.

Rough idling is often a problem that can be fixed relatively easily but if left unsolved it could  completely ruin the engine of your car. It is therefore recommended that you should always take  your car to a professional garage when it is experiencing rough idling.

However, before you do so, it is worth gaining the knowledge of just what has caused your car  engine to experience running rough and the shaking that often comes with it so that you can best  work out how to fix and, in the future, hopefully avoid, such problems.

Common causes for rough running in an engine are; vacuum leaks, dirty oxygen sensors, carburettor  problems, problems with the airflow sensor, clogged fuel pump or filter and spark plug issues. It is  also known as rough idle and can make driving unpleasant.

Even the least seasoned drivers who know little about automobiles should be able to identify rough  idling due to its rather obvious symptoms – it should be hard to miss if your car violently shakes  during driving or you can't maintain speed, for instance.

The vacuum in any car is an important part of its function. In most automobiles, there is a series of  hoses throughout which a vacuum is created – allowing for the fuel and air to circulate properly  which is very important.

The vacuums have evolved over time and in some older engines with a carburetor, the vacuum pulls  the fuel into the engine. Newer vehicles have a throttle to regulate engine speed and airflow  through the system.

This also creates a vacuum within the intake manifold and works much the same as the older  mechanism but is just more technologically advanced.

As with any piece of equipment, the hoses which form the vacuum can wear out over time and this a  leak may develop. If too much air gets mixed in with the fuel it can cause your engine to misfire. The  result will be rough idle, usually at a higher RPM than normal.

Another reason for a rough idling engine can be caused by the spark plugs or spark plug wires. Spark  plugs use the electrical current received from ignition coils to ignite the air/fuel mixture within the  combustion chamber.

However, problems occur when a plug is damaged or installed incorrectly and this can result in fuel  being burned at an inconsistent rate. Rough running engine can occur if the damage is particularly bad, although probably quite rare.

Symptoms for the start of this are more gradual such as jerks or stutters so driver should be aware of  this occurring and attempt to address the problem early.

Having dirty parts is never a good idea when it comes to automobiles and this can also be another  cause of a rough running idle engine as discussed above.

Fuel injectors on a car are vital as they work in dispersing fuel into the vehicle engine. This usually  happens at a precise angle and quantity, to ensure optimal performance of the car at all times.

The downside is that, once dirty, fuel injectors can cause a whole host of problems for your engine  and if left uncleaned can even cause running rough and shaking that may ruin the engine long-term.  It is also a major contributor to poor gas mileage.

Issues With The Carburetor

The ever-evolving landscape of automobiles throws up its own unique challenges. In keeping with  this, older vehicles utilize a carburetor rather than the fuel injector discussed above and they are  probably more susceptible to problems.

Black exhaust smoke is a common indicator of a problem with the carburetor. A well-running  carbureted system should not produce excessive amounts of black smoke. This is a clear sign that  there's something wrong so keep an eye out for this as a symptom.

The PCV valve on an engine functions by taking unburned gases that escape from the cylinders into  the crankcase and redirects them back into the engine. Due to the role of the PCV valve and its  location within the engine, it can get clogged with dirt and other residues.

When this happens, it can cause the valve to become blocked and this will make it not function as it  needs to or be rendered inoperative. When a PCV valve leaks it can cause the air-fuel mixture to run  too lean. This combines to cause rough idle.

How To Fix Engine Running Rough and Shaking

Nobody wants to experience a rough running engine and shaking when you are driving your  automobile. Aside from the obvious practical issues with fixing the problem, it can really take the fun  out of driving and leave you embarrassed to have passengers.

Here we take a look at some of the simpler fixes you can pursue in order to fix rough running idle  engine when it does occur.

This is one of the simplest issues to rectify and can be done from home very easily. Dirty fuel  injectors can have a massive impact on the health of the engine so ensuring that this doesn't happen  is crucial.

Using an injector cleaner gas additive is a simple way to prevent this problem and keep your engine  running smoothly and efficiently, alleviating the risk of running rough or shaking.

Another thing is to replace the air filter altogether. This is a simple process of removing the old one  and replacing it with a new filter. However, what is important is that you make sure to clean the  filter housing of any dirt that is in there before closing.

Carburated systems are naturally more liable to problems than the more modern fuel injectors.  Therefore, maintenance is of key importance.

Using a carburetor cleaner is a simple step to help dissolve these carbon deposits and keep them  clean in order to prevent the possibility of rough running engine and all the problems that are  associated with it.

When it comes to the PVC valve, thorough and regular servicing of the PCV valve will prevent the  problems leading to rough running idle that we spoke about above.

Remedying this is simple, make sure to service the valve regularly and make sure that it is clean and  fully operational at all times so that problems cannot arise. Keeping on top of servicing the valve is  simple but vital.

When it comes to assessing the overall health of your vehicle, how your engine idles is a very good  indicator. If you notice rough running engine, it is absolutely vital that you address the problem  sooner rather than later and check all potential causes.

If you remain unsure what the issue is, it is always a good idea to get a professional opinion on it and  take no risks. Often leaving these matters unresolved only makes them get steadily worse and lands  you with a bigger problem down the road.

Here at Cash Car Buyers we will give you a great price for your used car. All you have to do is fill out  our simple online form and answer a few basic facts about the vehicle. Someone will call you right  back and make you an offer. If you accept the offer, we will make an appointment to come and get  your vehicle – the process could not be simpler so don't hesitate to contact us today.