Rotten Egg Smell in Cars: What Causes it and How Can You Get Rid of it? 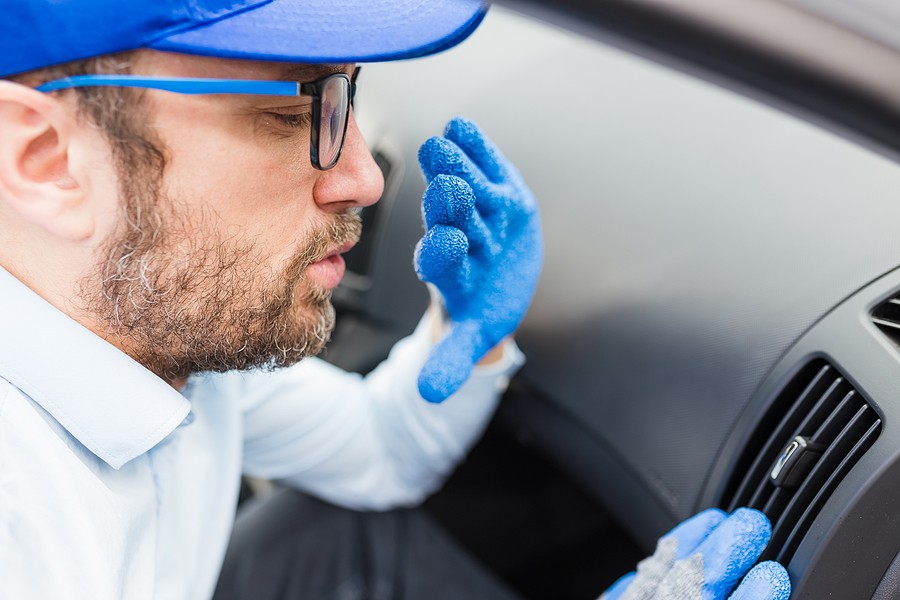 People usually know when there is something wrong with their cars when they notice unusual noises, unusual vibrations, or an illuminating warning light. But sometimes, unusual smells in cars can tell you that it has some underlying issues. It is for this reason why unusual smells in your car should never be ignored.

Rotten Egg Smell in Cars: What Happens if Your Car Smells Like Rotten Eggs?

Like mentioned earlier, unusual smells in cars can sometimes tell you that there is something wrong with your car. Unusual smells are often overlooked and are not dealt with the same way people deal with other more obvious symptoms like the unusual noises or vibrations. So if one day you notice that there seems to be a rotten egg smell in your car, know that it can be an indication that your car has an underlying problem.

Rotten egg smell in cars can be caused by a number of issues. If you are asking, what happens if your car smells like rotten eggs and what causes it? Here’s what you need to know!

The rotten egg smell in cars can be caused by the following problems:

The catalytic converter of a car is built to convert hydrogen sulfide into sulfur dioxide in the exhaust of the engine. It basically works by converting harmful gases into harmless gases. If your car smells like rotten eggs, it can be an indication that you have a damaged catalytic converter.

If the catalytic converter has become damaged or has stopped working, it won’t be able to convert the sulfur into its odorless form. When this happens, a strong rotten egg odor will be created instead. To correct the problem and get rid of the rotten egg smell, you need to have it checked and replaced. It needs to be repaired as soon as possible since driving with a faulty catalytic converter can give off higher emissions than the law allows. It can also cause the temperatures in your exhaust system to increase which can be dangerous for you and your car.

The fuel pressure sensor of a car is the one that controls the flow of fuel within the engine. If the fuel pressure sensor becomes faulty and fails to do its job, it can flood the catalytic converter with too much oil and clog it. When this happens, the catalytic converter won’t be able to do its task as well. It won’t be able to convert or process all the exhaust byproducts. When these exhaust gases exit the car through the tailpipe, they will cause the rotten egg smell in cars.

A fuel pressure sensor that has failed working can lead to an excessive amount of exhaust byproducts to build up in the catalytic converter. This can cause it to overheat which can also contribute to the rotten egg smell. To correct this problem, you will have to replace your faulty fuel pressure sensor.

Check for any fuel leak in or around your car, with a strong fuel smell present, have your car checked by a mechanic right away since it can be very dangerous to drive a car with a fuel leak. .

It is for this reason why you have to follow the recommended fluid change interval schedule of your car’s manufacturer. If you miss way too many transmission flushes, the old transmission fluid might start to leak into the other systems which can result in a rotten egg smell in your car. This issue mostly happens in manual cars and if you are driving one, make sure that you change your transmission fluid regularly to prevent it from happening.

If your car already has a rotten egg smell caused by a leaking, old transmission fluid, changing it can usually solve the problem. You may also want to check what caused the leaks and have it fixed as well.

Lead acid batteries have sulfuric acid which is known to be a gas that smells like a rotten egg. This type of car battery can leak for a number of reasons. It can be caused by overcharging, mechanical defects, it has frozen, or maybe it has some internal electrical issues.

Rotten egg smell in cars should never be ignored. The moment you notice the foul smell, you should have it checked immediately and correct the problem. Having contact or breathing in hydrogen sulfide is very dangerous to your health. It can weaken the respiratory system and the nervous system. It can also cause skin irritation, dizziness, difficulty in breathing, or even coma. Prolonged exposure to hydrogen sulfide can also lead to death.

A damaged catalytic converter can become overheated that could result in a car fire. A leaking car battery can cause serious chemical and thermal burns. It can also cause damage in the engine’s other components when the acid eats through its plastic and metal. A worn fuel filter can cause fuel leaks that can also cause a car fire. To make sure that these issues won’t happen to you and your car, you need to act fast and get rid of the rotten egg smell in cars.

You can also look around for any signs of unusual smells in or around your car. There are times when some sulfuric smells are caused by an overheating engine, a worn out brake pad or a fluid leak. It is best that you have your car checked by a professional to get the right diagnosis.

Rotten Egg Smell in Cars: What are the Symptoms of a Bad Catalytic Converter?

Aside from a rotten egg smell in cars, a bad catalytic converter can also give off these symptoms:

If you notice that your car is consuming more fuel than usual, with you having to make several trips to the gasoline station, it might be an indication that you have a faulty catalytic converter.

When you notice that the exhaust coming out of your car’s tailpipe is thicker and darker than it used to, it can be an indication that you have a faulty catalytic converter. This can happen when your catalytic converter is clogged. The exhaust will build up since it will be difficult for it to exit your car. When it finally comes out, it will be darker and thicker than usual.

Unusual noises coming from your car is often an indication that something is wrong with it. When your car’s catalytic converter becomes faulty, it can result in its honeycomb mesh interior to collapse. You may hear rattling noises when you start your car when this happens.

If you hear a rattling noise and your car has a rotten egg smell, then you most likely have a damaged catalytic converter. The problem gets worse over time so it is best not to ignore it. Take your car to an auto repair shop and have it fixed immediately.

A clogged catalytic converter can lead to an exhaust build up. When this happens, you may notice that the performance of your car has decreased drastically. You may feel that it has no acceleration even if your foot is already stepping on the gas pedal.

A faulty catalytic converter can cause several problems to occur. One of the issues that could happen is when the gas within your engine heats up to the extent that it could actually ignite. This can cause the misfiring sensation and it is something that should not happen. It can damage the components of the engine. When this happens, have your car checked immediately to avoid other serious problems.

Rotten egg smell in cars is not something you can remove by just putting or spraying air fresheners in your car. The foul smell is an indication that there is something wrong with it and whatever it is that’s causing it needs to be repaired or replaced immediately.

PrevPreviousRadiator Fans: Everything You Need to Know
NextWhy Is Your Engine Ticking? 6 Important CausesNext