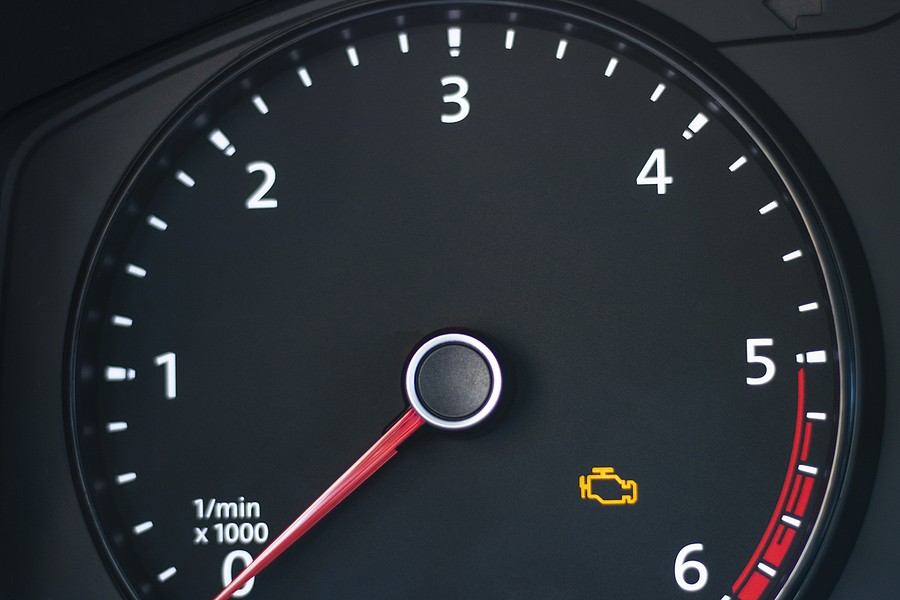 A check engine light coming on could signal an issue with your vehicle such as your emission system. To establish the exact cause of the problem, you'll need to run a diagnostic test with an OBD-II scanner and you may encounter P2017 code. The P0755 code indicates an issue with the shift solenoid B in the transmission in an automatic transmission.

Where is the transmission shift solenoid located?

A transmission is made up of three separate systems that function together. The mechanical system, which includes input/output shafts, clutches, and gears, is responsible for transferring power from the engine to the driveshaft. The clutches are controlled by a hydraulic system that includes a pump and dozens of small fluid tubes and valves that determine which component of the gearset receives power. The vehicle’s computer, sensors, including the solenoids, which makes up the car’s electronic system, is responsible for regulating the hydraulic system's valves, dictating the transmission's shift points and hardness.

So where is the shift solenoid located?

An automatic transmission shifts gears by changing gear ratios inside a planetary gear assembly using hydraulic pressure. A solenoid is a small plunger-type mechanism that moves valves inside the valve body, allowing this to occur. When one of the solenoids fails, the ECU generates a P0755 diagnostic error code. Multiple shift solenoids are utilized in your gearbox to govern fluid transfer and flow from one circuit to another in order to shift gears.

If the P0755 code is detected, the computer has determined that the actual gear ratio employed differs from the gear ratio estimates based on engine speed, throttle position, and other factors. It's worth noting that some vehicles may need more than one erroneous operation to store the code.

How do I know if my shift solenoid is bad?

Unpredictable gear shifts are commonly observed when one or more of your transmission solenoids are failing. While travelling at a constant speed, your car may suddenly shift into a higher gear. As you can expect, this is a very stressful — and possibly hazardous — situation.

The solenoids open or close without receiving any input from the transmission computer, resulting in this shifting. This is frequently caused by faulty wiring within the solenoid. However, physical breakdowns can cause solenoids to open or close, making it difficult for the solenoid to maintain its precise position, whether open or closed.

These annoying gear shifts might occur in either direction. In other words, your car may jump to the next lowest gear at any time, causing your RPM to skyrocket. It could also shift into a higher gear. Your car may stall as a result of this. In any scenario, you must seek the assistance of a transmission specialist as soon as possible.

In rare circumstances, a defective solenoid can cause a gearbox to change from one gear to the next without issue, but the transmission will not shift back down. To put it another way, you won't notice any strange behavior while accelerating; only while decelerating will you notice it.

This common problem is caused by a solenoid that has been trapped in the open position. This could be the consequence of physical damage to the solenoid body or faulty wiring that prevents the solenoid from receiving electrical impulses. Another explanation could be that the solenoid is unable to shift into place due to foreign materials. This is frequently caused by contaminated transmission fluid.

Pressure is the driving force behind an automobile transmission. In other words, a transmission's internal pressure changes are what allow it to shift from one gear to the next. The solenoids' movement is the only way to modify the pressure.

However, when a solenoid ages and breaks down, it exhibits a perceptible lag in carrying out the instructions that allow your transmission to shift gears. As a result, you may detect unsettling “gaps” between one gear and the next. As your sluggish solenoids struggle to migrate into their new places, it may feel as if your automobile has entirely lost power.

The transmission is the most vital and most expensive internal component of your car, second only to the engine. As a result, it's a good idea to familiarize yourself with the warning signals that anything is wrong with your transmission's solenoids.

How much does it cost to have a shift solenoid replaced?

Depending on what car you are driving, the technician may be able to replace just the failed shift solenoid. However in some cases, the solenoids come in these multiple unit packs so if there is a problem with one, the entire pack must be replaced. This job typically takes 2-4 hours at an average of $60 – $100 per hour. The average total cost to diagnose and replace one ranges between $150 and $400.

A single gearbox shift solenoid might cost anywhere from $15 to $100 depending on the type and model of your vehicle. A bundle might cost anything from $50 to $300.

It is a fact that transmission shift solenoids are known to wear down over the years, you may help them last longer by replacing your transmission fluid at the factory recommended intervals. The new fluid will keep the plungers on the interior of the solenoids from sticking, and it will clean out all of the dirt and sludge that has built up. Check the back of your owner's handbook or Google if you don't know what your vehicle's recommended gearbox service intervals are.

With the P0755 code, there are a variety of possible causes. These may include the following:

You may encounter a variety of symptoms if the P0755 code is saved in your car's computer. These differ based on the severity of the problem and the vehicle's make and type. They may include the following:

The Check Engine Light is illuminated.

Failure to shift into a higher gear

Shifting in a harsh manner

Overheating of the transmission

“Limp-home” mode has been activated on the transmission.

The replacement of the shift solenoid circuit is the most common fix for the P0755 code. Other fixes, on the other hand, could include:

When dealing with a P0755 code, it is critical that mechanics complete all necessary diagnostic measures. It's a bad idea to assume that the code implies a problem with the shift solenoid itself. There are numerous possible causes, all of which must be ruled out.

Checking the level and quality of the transmission fluid is the first step in diagnosing the reason for the P0755 error. If the fluid level is low, it must be replenished before proceeding. If the fluid is unclean or polluted, it must be replaced before proceeding with the rest of the procedure. The mechanic will need to check the rest of the fluid in the drain pan if the fluid smells burned or contains shavings. Metal shavings indicate that the transmission has internal damage and may need to be rebuilt.

Will a Bad Shift Solenoid Throw a Code?

Shift solenoids aren't cheap to replace, but they're not as pricey as a whole gearbox. Ignoring a warning light or code caused by a defective gearbox shift solenoid might result in major issues, such as driving in the wrong gear for your speed and conditions. Your transmission may then overheat and fail as a result of this.

The best method to tell is to look at your dashboard warning lights, which are usually a Check Engine or Transmission light. You might also find that your vehicle shifts slowly or refuses to move into higher speeds at all. Faulty wiring or shorts in your vehicle's electrical system might also create these problems.

Can I drive with a bad solenoid?

A vehicle with shift solenoid issues can typically be driven. Although it may not shift beyond a certain gear, you should be able to drive it for a short time without inflicting any severe harm. With the operating solenoid, fluid pressure control should continue to function in the gear, but you should avoid exerting any major stress on the gearbox, such as towing or drag racing, just in case. Of course, all of this requires that your transmission does not use a solenoid to engage first gear and that the first gear solenoid is in good working order. If it did, you'll immediately notice because the automobile won't move.

The P0755 error code is a serious one. It is a clue that something is wrong with your transmission, even if it does not cause immediate driving problems. It is critical to have it identified and corrected as soon as possible to avoid further damage. Ignoring a warning light or code caused by a defective gearbox shift solenoid might result in major issues, such as driving in the wrong gear for your speed and conditions. Your transmission may then overheat and fail as a result of this.