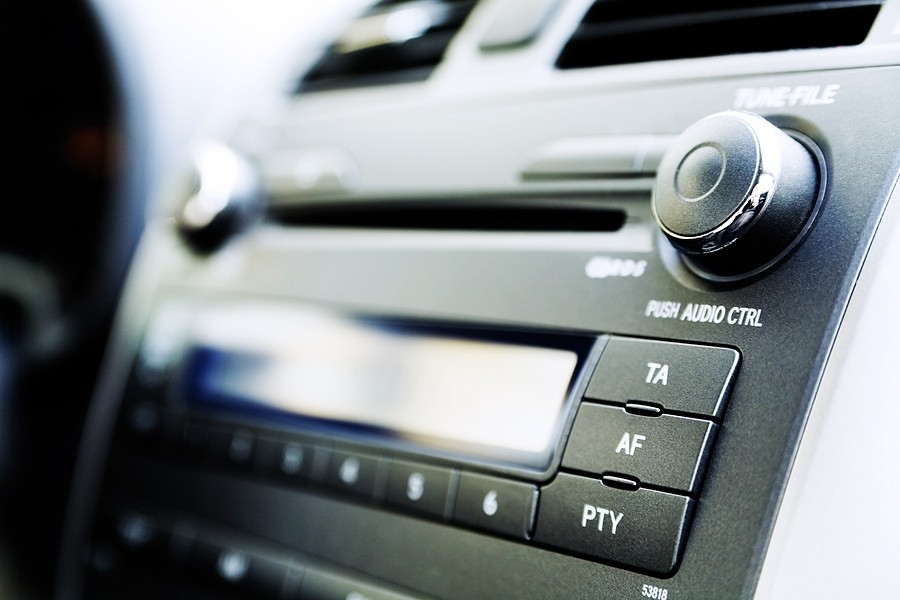 For many people the point of a car is to simply have a way to get from one place to another. You use a car to get to work, to get to school, to pick up groceries or friends, whatever. It's more of a tool rather than a toy in many cases. That said,  a car cost a lot of money and there's no reason you shouldn't be able to enjoy it when you're using it whether that's for a cross-country drive with the family, or just for a trip to the supermarket to pick up some milk and eggs. Part of the enjoyment of any car ride is being able to listen to music on the radio.

Car radios were introduced in the mid-1920s. By 1930 the first mass-market, commercially available car radios were out in the world for drivers to enjoy. By the early 1950s FM radios were introduced for vehicles which greatly improved sound quality and were also much cheaper than those original radios of the 1930s were. And today you can enjoy satellite radio and complex sound systems that can plug into your phone or other devices so that you can listen to personalized playlist while you're driving. We've come quite a long way.

Of course, if your car radio isn't working anymore, that can be a frustrating problem. It's one of those non-essential systems so we don't think about it in terms of car repairs all that often, but it's definitely something that can become annoying if you let it go for too long.  So, what could cause your car radio to just stop all of a sudden on you? And what can you do to get it working again when this happens? Let's take a look.

Your car's radio is powered by your alternator while the car is operating. Like the other electrical systems in your vehicle, when you turn your car off, the power source switches over to the battery. That means there are a couple of potential places where the wiring could be damaged in a way that leads to the radio not working properly.  Aside from direct wiring to two potential power sources, the radio also needs to be wired to your speakers and the fuses that are included as well. If any one of these parts breaks down on you, then you're not going to be listening to your radio anytime soon. The most common reasons a radio stops working include:

How Much Does It Cost to Fix a Car Radio?

As we've just seen there are a few reasons why your car radio stopped working in the first place. That means there are also a couple of potential costs that can be associated with getting it fixed. For instance, if all you need to do is replace some car speakers then you might be looking at anywhere from $50 to $100 if you buy new ones and then have them installed.

If you need a fully new sound system installed in your car then you could potentially be looking at costs anywhere from about $75 to as much as $300. This very much depends on the kind of radio that's in your car, whether you're going with a new or used stereo, and additional concerns like that. It's possible that you could get a very basic, very cheap stereo that won't cost you a lot of money. And it's also possible that you could get a sound system in your car that could actually cost well over $1,000. It really does depend on what you're looking for and what needs to be fixed in relation to whatever caused the problem in the first place.

if the problem with your radio is a simple matter of a blown fuse, you could potentially get a new fuse for as little as about $1 or $2 and solve the problem. So, with the full range of potential problems to fix then your car radio repair job could literally cost anywhere between $1 and $1,000 depending on what's wrong with it. That's quite a range, and obviously means you're going to need to have a professional take a look at it before you can narrow it down any further to a more specific cost.

Will Disconnecting the Battery Reset my Radio?

If you have to disconnect the battery in your car for any reason, either because you're doing some kind of maintenance or you're actually putting a new battery in, then it is going to reset your radio. That means the radio presets that you have saved will need to be put in again. It's also possible that the manufacturer of your vehicle set up the radio in such a way that you need to put a pin code in to reset the radio again. Hopefully you will have saved this somewhere. If you don't have the PIN code for your radio, then you're going to need to Google the make and model of your vehicle, and potentially the serial number of the radio and your VIN number as well. This all depends on the kind of vehicle you're driving, however.

All of this being said, it's still possible that disconnecting and reconnecting the battery won't fix your radio by any means if there's some other problem with it that needs to be addressed.

Even though many people will overlook their radio as an important component of their vehicle since it's not essential for the functioning of your car as such, it's still something that is nice to have and you expect to be working properly all the time. When your radio fails on you it can be very frustrating, and in certain circumstances such as with the wiring you can potentially cause bigger problems if you let it go for too long without getting it repaired.

As we've seen, the potential cost for repairing an issue with a radio could be remarkably cheap. For that reason  it can't hurt to at least look into why your radio isn't functioning any longer and see if you can get it repaired simply and easily by swapping out some wires or a very cheap and easy to replace fuse. Just because a radio isn't essential for the proper functioning of your vehicle doesn't mean it's not a good thing to have working properly when you want it. As well, this does affect the resale value of your vehicle so it's never a bad idea to check and see why it's not functioning and get it fixed when you can.