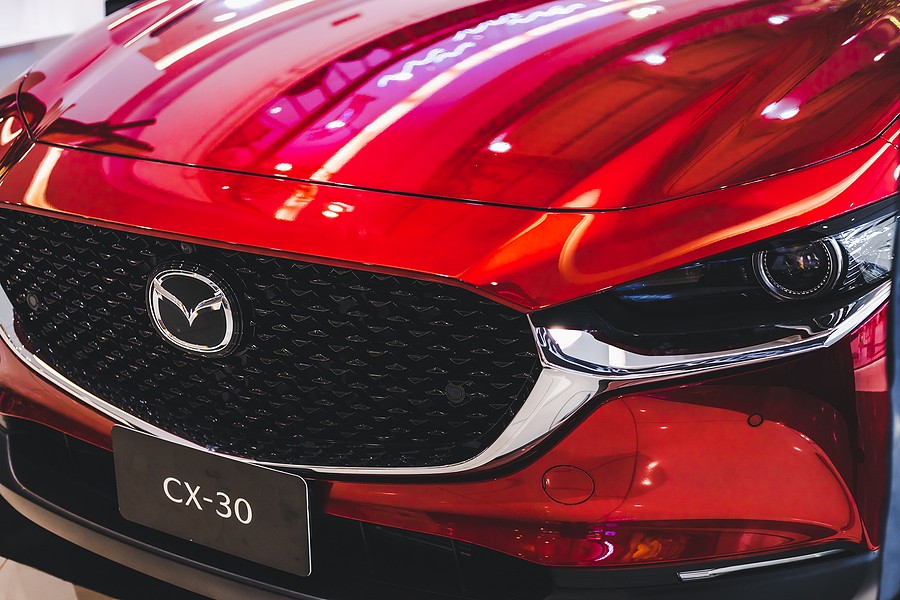 The Mazda RX-8 is a sports car created by Mazda, the by Japanese automobile manufacturer. The car was crated between the years 2002 and 2012. First shown back in 2001 at the North American International Auto Show, the car became the successor to the RX-7.

What Engine Does a Mazda Rx8 Have?

The Mazda RX-8 receives power from the 1.3L RENESIS two-rotor rotary engine that creates 212 horsepower at 7,500 rpm as well as 159 pound-feet of torque at 5,500 rpm. With a manual transmission, the Mazda RX-8 rotary engine can create 232 horsepower at 8,500 rpm. According to Edmunds: “…car enthusiasts have been intrigued by the RX-series' rotary engine and for good reason, as it has many advantages over a traditional piston engine. They include very high output with small displacement (the RX-8's engine is just 1.3 liters, yet puts out 232 horsepower), much lighter weight and fewer moving parts. The engine's small weight and size allowed the RX-8's engineers to optimize engine placement.” Edmunds also adds: “In terms of dynamics, very few cars achieve a better balance between handling precision and ride quality than the RX-8. But although the RX-8's rotary engine is very impressive in terms of output versus size, its fuel efficiency is poor and its torque peak occurs high in the rev range.”

Is the Rx8 Rotary Engine Reliable?

A variety of owners weigh in on the reliability of the Rx8 engine. Check out what some owners have to say!

“A major problem with these rotary [engines] is that they need very specific taking care of. And I don’t just mean maintenance scheduling etc. You need to warm up the engine slowly, stay in low revs depending on outside temperature for at least 20 minutes. Beware you need to warm up the oil, and the gauge on your dash is the water temperature, which heats up a lot faster! After that, drive it like you stole it. You NEED to redline the engine at least once every time you drive to lubricate all seals.”

“I know it’s popular to say that the Wankel is reliable if you just take care of it or whatever. But considering the alternative (4-stroke piston), it’s just doesn’t come close in any way. 99.99% of piston engines need no special care, and 95% of them will still be running fine at 150k miles. Conversely, I’d estimate 5% of Wankel’s make it that far without a rebuild, special care or not. These are just back of the envelope estimates, but even if they’re just directionally correct, the point still stands. Wankel’s have one huge advantage over piston engines, and that is horsepower to displacement ratio. A 1.3L Wankel will produce as much NA horsepower as a 3.0L engine.”

Can a Mazda RX-8 be a Reliable Car?

While the RX-8 has the unique rotary style engine, it has a record of being highly unreliable, particularly after 60,000 miles. According to reports, many warranty companies state that Mazda unofficially stated that these particular engines are not only be unreliable, but can also become susceptible to issues when crossing that at over 60,000 mile threshold.

Why Is the Rotary Engine Bad?

With the Mazda’s rotary style engine, come a host of well-document problems. What makes the rotary engine one of the most useless engines out there?

By design the Wankel engine as a low thermal efficiency. Part of this is due to the fact that they also have low compression ratios- with the poorly made shape of the combustion chamber.

Difficulty in Keeping the Engine Sealed

Gas in the chambers cannot cross-contaminate or enter into the incorrect chamber. While the apex seals attempt to keep the gas out of the incorrect chamber, it does not always happen.  While combustion is always on just one side, there will be a huge temperature differential that can cause issues. The metal will expand and doing that will make it difficult to create a great seal.

By Design, the Engine Will Burn A Huge Amount of Oil

More than not, you will have to check your oil levels, and ensure you’re running a sufficient amount of oil.

Perhaps this is the biggest problem with the rotary engine. With this engine you are burning significant amounts of oil, while it is also a challenge to seal off the different chambers. And it has a low thermal efficiency too.

Generally speaking, the Mazda Rx8 engine can last about 60,000 miles. It is important to keep in mind to maintain your engine and make sure that you take your car into a mechanic when you have issues.

What are some of the most common complaints About the Mazda Rx8 & the Engine?

We combed the Internet and found significant issues with the Mazda Rx8 engine!

“Owner dropped 2004 Mazda RX-8 to the dealer to fix recall, driver and passenger air bag, voluntary emission recall, and also owner complains that the engine won't start when the engine is hot, you have wait for about 30 minutes to cool down the engine before the engine starts again. Advisor asked the owner to have the engine diagnose. Results mechanic recommend to replace CAM SENSOR, stating has a high resistance when the engine is warm causing stalling, so mechanic replace the CAM SENSOR costing $773.47 for parts and labor.”

“This is the 3rd engine they are wanting to put into the car for the same engine failure problem. There was an extended warranty on this car – however Mazda never informed us. [We] even thought it’s till 100,000 miles and eight years – theirs[was] 940000 miles on car and past the eight years. We have talked with Mazda Customer corporate and they refuse to help us with any of the labor cost of $1700.00. This car has had transmission replaced x3 all at our expense. Never buy a Mazda again.”

[My] check engine light [came]on, [then the] engine missed as if it had bad fuel, then [the engine] would ‘recover' and run OK…. went from bad to worse and finally wouldn't start –[I] had to have [My Mazda Rx8] towed in to Firestone – they diagnosed it that one of the gaskets around the rotor went out – [and it] would cost $5,000 for another engine AND $2,500 to swap engines!!! I really liked the car and [it] was fun to drive – too bad Mazda made such a P.O.S. and sold it to an unsuspecting public! Shame on you Mazda!!! :(“

Why Do Rx8 Engines Fail?

During 2004-2005, there were numerous reports of RX-8 engine failure. Soon, the reputation of the engines was beginning to take shape. It was basically an engine that could only last for many owners up to 30,000 miles. Many Mazda owners were experiencing issues such as power loss. So, they would try to fix the issue by changing their spark plugs, but the problem was still there. Then, the Mazda owners would take the cars to dealerships. While many dealers could not find issues, some would recommend a full engine replacement. Then years later, Mazda started taking note of ignition coils that were failing right around the 30,000-mile mark. While nothing significant was etched in stone, lots of Mazda owners and third-party mechanics decided that the Rx8 rotary engine was experiencing lots of engine failure, due to ignition coil failure. But it was not just ignition coils, but a combination of other issues. As we outlined previously, there are four reasons that the rotary engines are horrible engines:

Is It Worth Buying a Mazda Rx8?

Mazda introduced the RX-8 in 2003 and put that rotary engine back into circulation within the car market once again. Buyers purchased this compact, cute and stylish family coupe Rx8, with details such as rear-hinged back doors and sleek bodywork.

So, to sum it up, perhaps the car is cute to look at, but the engine needs much to be desired.

Looking to get rid of Your Mazda Rx8? Sell it to Cash Cars Buyer!

Are you sick and tired of dealing with the rotary engine in your Mazda Rx8 that keeps you in circles between your home and the auto shop? Then, it’s time to stop the madness and sell that Mazda to us! We buy all makes and models- including that Rx8 with that horrible rotary engine!

Get an Instant offer NOW!

You can obtain a FREE online quote on your Mazda in a matter of minutes! You can even obtain the quote in the comfort of your home or location too!

When you accept your offer, you can call us. One of our friendly agents will ask you some questions about your car, ensuring you receive the best guaranteed cash offer possible! Once you accept it, we will make plans to come to your locaiotn, appraise your car and pay you on the spot for your Mazda!

Forget being stuck with that Mazda and that rotary engine that is so wrong! Click here and get your offer. Then, let that Mazda become a distant memory with cash in your hand, FAST!