Toyota 8 Speed Transmission Problems- What You Need To Know 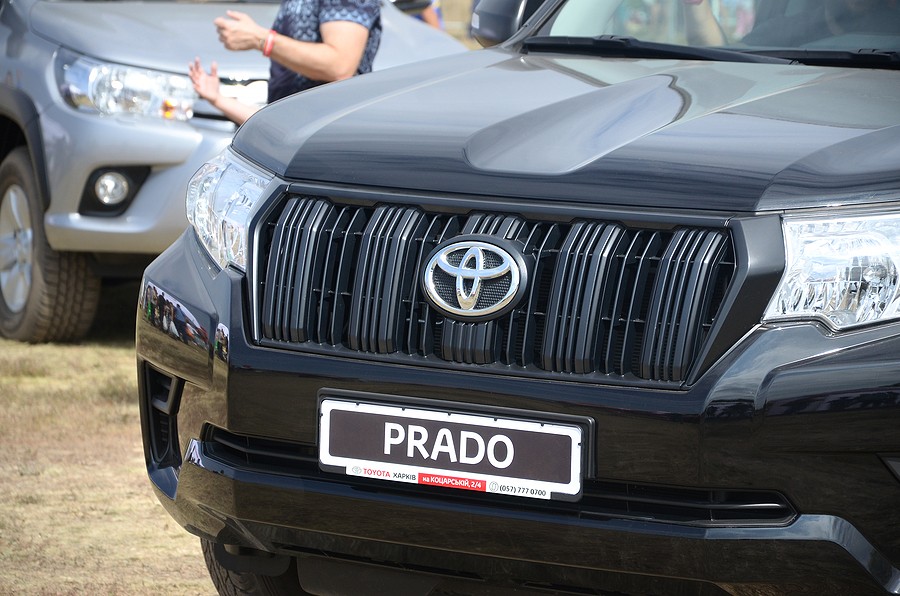 Toyota 8 Speed Transmission Problems- What Kind Of Problems Do Toyota Owners Have?

We combed the Internet to find numerous complaints Toyota owners had with the 8 speed transmissions. Read below and find out the issues Toyota owners experienced!

“After 3 months of putting up with this ridiculous 8 speed transmission in my 2018 Highlander, it started to develop harsh up/down-shifts between 1-2 and the identity crisis between gears as described. I traded it in on the weekend for another manufacturer/model because I just couldn't deal with it any longer. Toyota dealership is aware of the problem but has no fix for it. Drove me crazy how terrible it drove for such a new vehicle. Toyota got this one very wrong and I hope they come out with a fix for everyone else that hates it as much as I did. I lost total confidence in the longevity by the way it's acting and I wanted to post it for everyone to steer them away from this model and others that have this Direct Shift UA80 series 8 speed transmission like the Camry/Sienna until they have fixed it. SHAME ON YOU TOYOTA for charging such a premium for such a terrible product!”

“My experience is similar on the 8 speed. I have 45K on it now and remains the same. The dealership says there are no error codes when I tell them, multiple times), and seems tight lipped about it. This is my 4th HIGHLANDER and love the model but this year is a disappointment because of the 8 speed and also because of the steering. That’s another let down.”

“I have [driven] Toyota [cars] for 30 years without any problems. I purchased a 2018 Camry with that ridiculous 8-speed transmission and have had continuous problems with the car jerking into gear. Toyota claims everything is fine with it. Took [the car to] two Toyota transmission experts on a test drive one morning and they both felt the transmission jerk. Later, they told me that computer shows car's transmission is fine and that perhaps I should not buy a car with a new untested system—and should have waited till the bugs were worked out. So, I am stuck basically with a lemon that scares me on the road—that Toyota is not going to fix. Sure, I can try to return it with my state's Lemon Law—but the deck is stacked way against me and I am a disabled veteran without funds or energy to put up the fight necessary to get Toyota to replace the car. After 30 years of brand loyalty I get this in return.”

“[ I can provide] An update on the horrendous Toyota 8-speed direct-shift transmission. I found out from Toyota that part of the behavior is attributable to the transmission shifting to neutral between gears. This is the source of the lag and sudden jerks when engine RPM climbs while in neutral. Add to that apparent confusion in the transmission control module as to what to do next. If the need to traverse neutral between gears is mechanical, then no control module fix will ever fix the fundamental design problem with this transmission.”

How Many Miles Does A Toyota Transmission Last?

Does Toyota Have Transmission Problems?

In 2019 a lawsuit was investigated in which Toyota was named The proposed lawsuit included any person who purchased or leased a Toyota and had transmission issues. Problems with the transmissions included: delayed, rough and sudden shifting, delayed or harsh acceleration as well as deceleration, failure to start, jerking, bucking, loss of power suddenly, unwarranted and unexpected transmission wear; and overall transmission failure. Click here to learn more!

As Toyota works to address its issues with its transmissions, the auto maker took measures to make improvements on its 2017 Highlander and Sienna models.  With the Highlander and Sienna, it was noted that the new eight-speed automatic transmission, was acting odd. For a few owners the transmission would make the engine rev before upshifting, particularly in both second to third gear- and the driver would only accelerate lightly. With the delay in shifting, there would be noise emitting from the engine and the driving experience was quite difficult. Toyota took note of this and addressed the issue by offering a software update as well as issuing a Technical Service Bulletin (TSB), so that Toyota owners could partake of the upgrade and repair. With Toyota designing the eight-speed automatic transmission to improve fuel economy, the transmission proved to be faulty. But the update that Toyota made to the transmission proved to be a good move, as it was noted that with the change Toyota made, the engine made less noise.

Experiences Toyota Owners Have with the 8-Speed Automatic Transmission

What do other Toyota owners with cars that our outfitted with the 8-speed automatic transmission have to say?  Find out below!

“The new V6 engine supplies plenty of power, but the new 8-speed automatic transmission makes it hard to discern the added oomph. Even with the Eco driving mode turned off, the 8-speed displays a tendency to upshift sooner rather than later unless you really mash down on the accelerator, such as when getting up to speed on a short freeway ramp. Then, the Highlander really hustles. Occasionally, I detected inconsistency in power delivery while accelerating. The subtle wavering and hesitation didn’t strike me as a transmission issue, so perhaps it has something to do with the engine’s new D-4S direct and port fuel injection system.”

“…yes the new 8 speed sucks any added power away. Same can be said for the new Camry. The new Camry has more power than the 17 model but it's no faster. Same can be said for the [Toyota] Highlander. The transmission likes to shift early and keep rpms under 1500. It makes it feel sluggish as the V6 doesn't have much torque that low in the rpm range. You have to push the throttle pedal halfway to the floor to get it to move quickly. That being said gas mileage is fairly good. We average 22 to 23 mpg [in] town and 28 to 30 highways depending on conditions. Overall, the 8 speed is good but not great.”

Looking to sell your Toyota with that Troublesome 8 Speed Transmission?

Selling Your Toyota with 8 Speed Transmission Problems Has Never Been Easier!

Tell us all about your car

When you have your FREE online offer, you can call us so that we can discuss your Toyota with you even further. Our friendly agent will ask you some questions and make you a guaranteed cash offer on your Toyota! Accept your offer and we will make plans to come and inspect your car and pay you on the spot!

We want that Toyota gone just as much as you do. So, we will work hard to make that happen! Once you accept your offer, we will ask the best day and time to come to you home to apprise your car, and then when all is good to go, we will pay you on the spot for it!

No Title for that Toyota? No Problem!

Even if you don’t have the title for that Toyota, we may still buy it! In most cases, you not having the title is not an issue. We ask that you have your registration as well as your picture ID once you are ready to sell.

Don’t let a terrible 8 speed transmission stop you in your tracks! Sell that Toyota to us and get the money you need, want and deserve, FAST!

PrevPreviousMazda Rx8 Engine Problems- What Engine Does A Mazda Rx8 Have?
NextBMW Reliability- Which BMW Is The Most Reliable?Next