Mass Air Flow Sensor: What You Should Know! 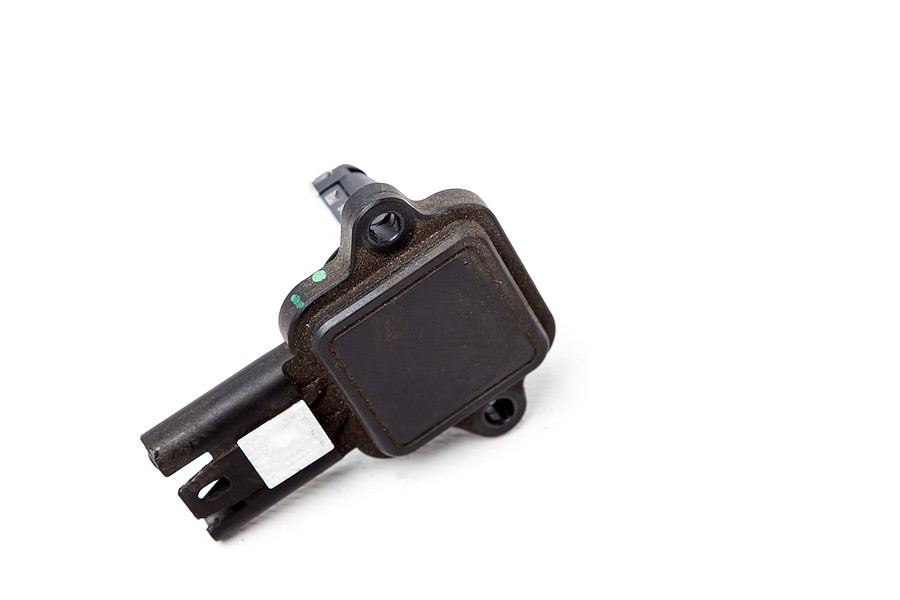 A Mass Air Flow sensor (MAF) is a key component of an electronic fuel injection system in your vehicle, and it's located between the air filter and the engine's intake manifold. As the name implies, it functions as a sensor to calculate the mass flow rate of air entering a fuel-injected internal combustion engine.

A computer (powertrain control module or PCM) controls the amount of fuel supplied by an EFI (Electronic Fuel Injection) system by turning the fuel injectors on and off. The mass air flow sensor tells the machine how much air is being drawn into the engine through the throttle plates.  The computer uses this knowledge, along with data from other engine sensors, to determine how much fuel is needed. The machine then adjusts injector length (on time) to ensure that the correct air/fuel ratio is achieved.

Air density varies with ambient temperature, altitude, and the use of forced induction in automotive applications, so mass flow sensors are better than volumetric flow sensors for calculating the amount of intake air in each cylinder.

On automobile engines, there are two types of mass air flow sensors in use — the vane meter and the hot wire. Neither design makes use of technology that explicitly tests air mass. But an engine's ECU can calculate the mass flow rate of intake air using additional sensors and inputs.

Air flow is calculated using inputs from the throttle position, manifold air temperature, and manifold absolute pressure (MAP) sensors on engines equipped with Throttle Body Injection (TBI) or a Speed-Density type of EFI system (mostly found in Chryslers and some GM applications). Airflow is determined directly by a vane airflow (VAF) sensor, a mass airflow sensor, or, in some Japanese applications, a “Karman-Vortex” airflow sensor on engines with airflow EFI systems.

A wiper arm on the flap rotates against a sealed potentiometer (variable resistor or rheostat), allowing the resistance and output voltage of the sensor to adjust in response to air flow. The flap is pushed open more as the air flow increases. The resistance of the potentiometer is reduced, and the voltage return signal to the device is increased

Turning on the ignition and pushing the flap open is the best way to check the safety switch. If the fuel pump does not turn on, the sensor's link is most likely broken. On the airflow sensor, there is also a sealed idle mixture screw. The amount of air that bypasses the flap, and thus the richness or leanness of the fuel mixture, is regulated by this.

The vane airflow sensors or any other form of airflow sensor will not be able to tolerate air leaks. “Unmetered” or “fake” air may reach the engine through air leaks downstream of the sensor. The extra air will lean out the fuel mixture, resulting in a number of driveability issues such as lean misfire, stumbling and hesitation while accelerating, and a rough idle.

Dirt can wreak havoc as well. Dirt may build up on the flap shaft of a vane airflow sensor due to unfiltered air passing through a torn or poorly fitted air filter, causing the flap to tie or stick. You can measure the flap's operation by gently pushing it open with your finger. It should be able to open and close smoothly and with consistent resistance. A shot of carburetor cleaner can loosen it up if it binds or sticks; otherwise, the sensor will need to be replaced.

Backfiring in the intake manifold will yank the flap violently backwards, bending or breaking it. Some sensors have a “backfire” valve built into the flap that protects the flap by venting the explosion in the event of a backfire. However, if the anti backfire valve leaks, it can cause a lot of problems. The sensor will read low if the backfire valve is leaking, and the engine will run rich

A small electrically heated wire is used in a hot-wire mass air flow sensor. The temperature of the air near the hot wire is measured by a temperature sensor located near the hot wire. Since a small amount of air flows through the hot wire while the engine is idling, it requires a very low electric current to keep the wire hot. The throttle opens when you press the gas pedal, allowing more air to pass over the engine. The wire is cooled by the moving air..

The more air that passes over the wire, the more electricity is required to keep it warm. The sum of air flow is proportional to the electric current. The electric current is converted into a digital signal and sent to the engine computer by a tiny electronic chip mounted inside the air flow sensor (PCM).

What are the symptoms of a bad mass air flow sensor?

A faulty MAF sensor may result in drivability issues such as engine stalling, jerking, or hesitation during acceleration. This could happen when speeding down a city street or on a highway on-ramp. These issues can lead to dangerous incidents, resulting in accidents and injuries. If you have any of these signs, you should inspect your car as soon as possible.

It is a fact that you constantly need the right ratio of fuel to air in every combustion cylinder so running rich only means that there is either too much fuel and not enough air. When this happens you can experience rough idling, observe black smoke from your tailpipe, have bad fuel efficiency than the usual or see check engine light illuminating.

These problems can occur when the MAF sensor is damaged or when its wires become clogged with dirt. It is unable to correctly calculate airflow and therefore sends incorrect data to the PCM. When the PCM overestimates the airflow, it releases too much fuel.

Most of the time, cleaning the MAF sensor's wires will solve the problem. If you notice a Check Engine Light on best have it checked with your trusted mechanic.

Running lean indicates that your car is running on too little fuel and too much air. When this happens, the MAF sensor, like when you’re running rich, sends inaccurate information to the PCM. This time, instead of overestimating the amount of airflow, underestimate it.

While this will temporarily increase your fuel economy, running lean for an extended period of time will cause significant damage to your car. You may encounter engine hesitation and/or engine surging, hard start, hard engine seizures and again check engine light illuminates. The solution, as with other MAF sensor issues, may be as easy as cleaning the wires. However, having a mechanic inspect the car for damage is the smart idea.

If your Check Engine Light is illuminated, use a code reader to determine what diagnostic trouble codes the machine sends your way. The full readout for this code is: P0101 – Mass Air Flow Sensor Circuit Range/Performance.

The Mass Air Flow sensor signal is used by the engine computer to decide how much fuel needs to be pumped to achieve the correct air-fuel ratio. The MAF sensor signal is often used to measure engine load, which may interfere with the traction control system or adjust the automatic shifting pattern in affected vehicles. The most common cause of this code is a dirty, obstructed, or defective MAF sensor.

But this code could also mean damage to the intake boot, clogged or improperly installed engine air filter, vacuum leaks or clogged-up cat converter or restricted exhaust. And because of this other potential causes aside from a bad MAF sensor, it's worth visiting a mechanic to look at all these other possibilities before you can positively conclude that the code is brought about by the bad MAF sensor. Do this before you replace it.

This filament of your car's MAF sensor may become dirty and cause it to fail, so it's critical to have a daily cleaning schedule in place to keep the MAF (mass air flow) sensor working at top performance.

Use a CRC mass air flow sensor cleaner — a general-purpose plastic-safe evaporating cleaner and degreaser for use on sensitive electronic and electrical equipment. It is designed to easily penetrate into difficult-to-reach areas and efficiently remove carbon deposits, light oils, dust, lint, dirt and other light pollutants. Simply remove the sensor and open the CRC spray head, then spray the filament until it is dirt free and clean, before re-installing or coupling the MAF sensor.

Can you drive with a bad mass air flow sensor?

You can drive your vehicle with a faulty mass air flow sensor for a short time, but doing so for an extended period of time is not recommended — regardless if your car can still run. Ignoring your car MAF sensor issue can lead to a more serious engine problem that could involve needing to purchase a new engine.

Should my car die if I unplug the mass airflow sensor?

This means that if your mass airflow sensor fails completely, your car will continue to run, and, interestingly, the car will run better without it. This is because if the sensor fails or gives an incorrect reading, the car's guess will be closer to the actual amount of air that the engine receives, resulting in a more accurate fuel mixture.

You may unplug the mass air flow sensor to see if it is working properly. You may even put some of your vehicle's other sensors to the test by unplugging it. If the car dies when you disable the mass airflow sensor, it means it was working properly and your machine is malfunctioning. It is unable to use the tables programmed into it to estimate the amount of fuel needed.

Also, if the machine isn't the problem, it means that one of the other sensors is possibly faulty if the car can't keep running without the mass airflow sensor because the sensor was assisting the car in compensating for the other issues it was experiencing.

So unplug the mass airflow sensor if the car is running rough, backfiring, or seems to have a problem with the fuel mixture. You should test drive your car without the sensor for a few minutes to see if it works properly.

A faulty MAF sensor can cause your vehicle to jerk during acceleration, run too richly, or run too leanly. Fix the problem as soon as possible to stay safe, avoid expensive repairs, save money at the pump, and avoid getting stuck on the highway. Before removing the mass air flow sensor and replacing it, make sure to have it inspected because again you might just need to clean it and you’re good to go.