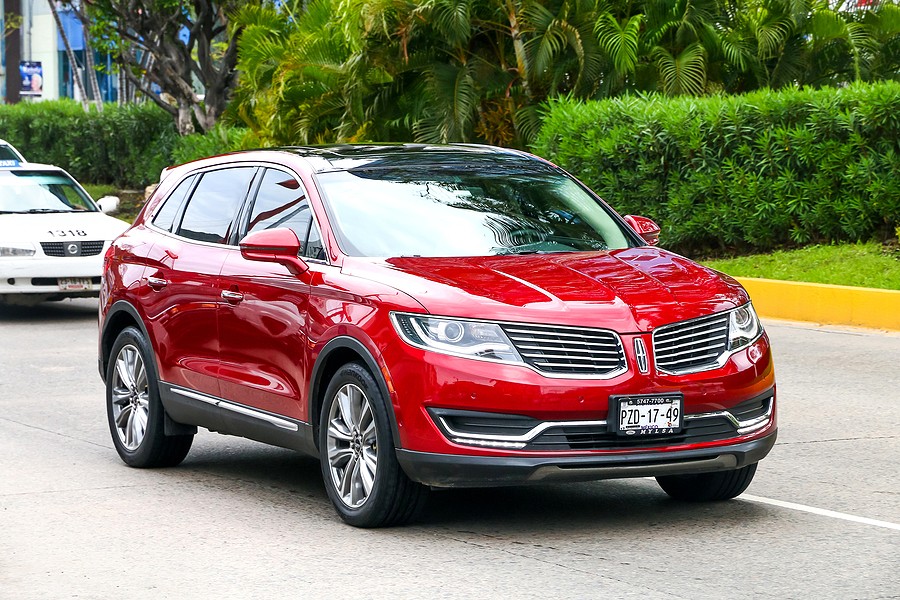 The Lincoln MKX is a mid size luxury SUV that is both marketed and produced by Lincoln, a segment of the Ford brand and Ford Motor Company, an American multinational automaker that has the main headquarters in Michigan. First in production since 2007, the MKX is the first crossover SUV that is offered by Lincoln, and is currently in the second generation of production.

First the smallest SUV that Lincoln produces ,it is now size-wise between the Corsair and the Aviator. The first generation was produced for 8 years, between 2007y and 2015, while the second generation is based on the CD4 platform and currently being produced. The second generation Lincoln MKX was produced from 2016-2018, while the Lincoln Nautilus has been produced since 2019. By knowing the most common Lincoln MKX problems, you can figure out what model year is right for you.

Out of all of the model years, it is imperative to know the absolute worst Lincoln MKX problems to determine what years you should avoid and what problems need to be addressed right away. The third worst issue is the coolant leaking into the engine in the 2011 MKX, with the average cost to fix being a whopping $7,200 and occurring at around 105,000 miles.

The second worst problem for the Lincoln MKX is the transmission fluid leaking in the 2008 MKX, with the average cost coming out to an average of $3,600 and occurring at nearly 110,000 iles.

The most prevalent and the worst issue in the Lincoln MKX is the engine shutting down while driving in the 2016 lincoln MKX, with the average mileage of occurence coming at just 12,000 miles, which is extremely early.

When figuring out the top Lincoln MKX problems throughout all of the years, it is key to start at the very beginning with the inception year in 2007. The top category of user complaints focuses on the transmission, with the second highest problem category focusing on the drivetrain. The tl transmission problems deal with the transmission slipping while shifting, transmission failure, loud sounds, hard shifting, and sensor failures. To remedy the slipping while shifting, the problem generally occurs at around 65,000 miles, with users stating that the car will unintentionally shift into a higher gear.

For the drivetrain concerns, owners state that the transfer case fails during use, with the typical repair cost coming out to around $1,800 and occurring at around 131,000 miles, with the most common solution being to replace the transfer case to prevent any further Lincoln MKX problems.

The top categories of concern regarding the Lincoln MKX problems in 2008 are tied between the brakes and the transmission, with some of the previous year’s problems not being fixed in this model year. The top brake concerns focus on the brake booster making loud noises during use, the brakes squealing while pressed, the brake pedal going all the way to the floor, and a soft brake pedal. The loud brake booster noise costs around $400 and occurs at around 101,000 miles, with the most common solution being to replace the brake booster.

Compared to the previous two years with a high number of user complaints, the 2009 and 2010 Lincoln MKX had very few problems. The top Lincoln MKX problems during these two model years focused on the exterior accessories and the brakes, with the top exterior problems coming down to the door handles coming off during use, and the brakes not working correctly during use.

Differing from the previous model years, the top category of concern regarding the Lincoln MKX problems involve the electrical system, with the second highest topic with the most issues being the interior accessories. Regarding the electrical system, the concerns from users all focused on the door ajar sensor not working properly, with the typical repair cost coming out to an average of $300 and occurring at usually just below 88,000 miles.

The same issues continued in the following model year, with the top category of concern being the electrical system, followed by the transmission. Besides  the top complaint of the door ajar light staying on, the transmission issues focused on a “not in park” warning staying on, the “shift into park” message coming on when you shut off the engine, and the car not being able to downshift at the right times.

Unlike the previous model years, the electrical system seemed to be somewhat fixed in this model year, with the top categories of concern focusing on the fuel system and the engine. The top issues with the fuel system deal with the incorrect fuel gauge, with owners reporting that the gauge did not read correctly, causing the potential to run out of gas.

For hte engine concerns, users state that the car died while driving, sometimes causing a potential hazard if you are driving around many cars. The average mileage is just below 7,000 miles, which is very early for a severe issue like this to happen.

Although the 2012-2014 model years had few issues, the total Lincoln MKX problems in the 2015 year were extremely low, even fewer than the 2009-2010 years. The only concerns were minor, focusing on the engine, with owners stating that the engine can stall while driving or turn off during use.

Unfortunately for the Lincoln MKX problems, they significantly increased the following year in 2016, which had the highest number of problems and was the worst rated model year. The top category of concern was the engine, followed by teh interior accessories and the fuel system.

The main fuel system complaint is the loss of acceleration while driving, with the problem occurring at around 8,000 miles and potentially needing a throttle body control replacement.

Unlike the 2016 model year, the Lincoln MKX problems declined substantially during this year, with Lincoln seemingly figuring out the solution to their issues. The only complaints focused on the interior accessories about the rear cargo not staying latched and the active braking not working correctly.

The pros of the Lincoln MKX involve the favorable safety and predicted reliability ratings, the low ownership costs and the good value, and the plus and comfortable ride. The cons of this model year involve the low fuel economy, the competitors giving a more agile and sporty handling, and the lag times while using the infotainment system. Along with the cons, there were no new features added for the 2018 model year.

The total Car US News scorecard for the Lincoln MKX earned a 7.7 out of 10, with the critics’ rating coming to 7.4, the performance being 7.3, the interior 7.5, the total cost of ownership 8.1, the safety 9.8, and the reliability from JD Power ranking coming to 3.5 out of 5 stars.

The strengths of the Lincoln MKX night outweigh the possible Lincoln MKX problems depending on what you are looking for. The strengths involve a smooth ride, a powerful V6 engine, comfortable front seats for long rides, long list of standard features, straightforward and easy to use infotainment, low list prices, excellent crash test ratings, and a high predicted reliability rating.

The cons of this model and the most common Lincoln MKX problems involve the infotainment system being slow to respond, the lack of headroom, the lack of sensitive steering ,and the old transmission.

The 2019 Lincoln MKX earned better rankings than the previous year, with this model earning the #9 spot in the 2019 Luxury Midsize SUVs category and the #16 ranking inthe Used luxury Midsize SUVs $30K to $40K category. The pros of this car involve the classy and luxurious cabin, the good fuel economy and miles per gallon, the easy to use infotainment system, and the roomy and plush seating. The cons feature the lack of horsepower and the base engine, the small infotainment system, and the dull handling, showing the common Lincoln MKX problems.

The pros of this Lincoln MKX include the blind spot monitoring, rear cross traffic alert, front collision warning, emergency braking ,pedestrian detection, automatic high beam headlights, and a rear view camera.; if you want to be even safer, you can add some advanced safety features like the adaptive headlights, lane centering and steering assist, and automatic parking assist.

The pros of this Lincoln MKX include the posh and quiet cabin, the cushioned and comfortable ride, the intuitive and easy to use tech features, and the good fuel economy. The cons of this car and the Lincoln MKX problems include the uninspiring and lack of smooth handling, the lack of performance oriented and sport models , and the sham infotainment system.