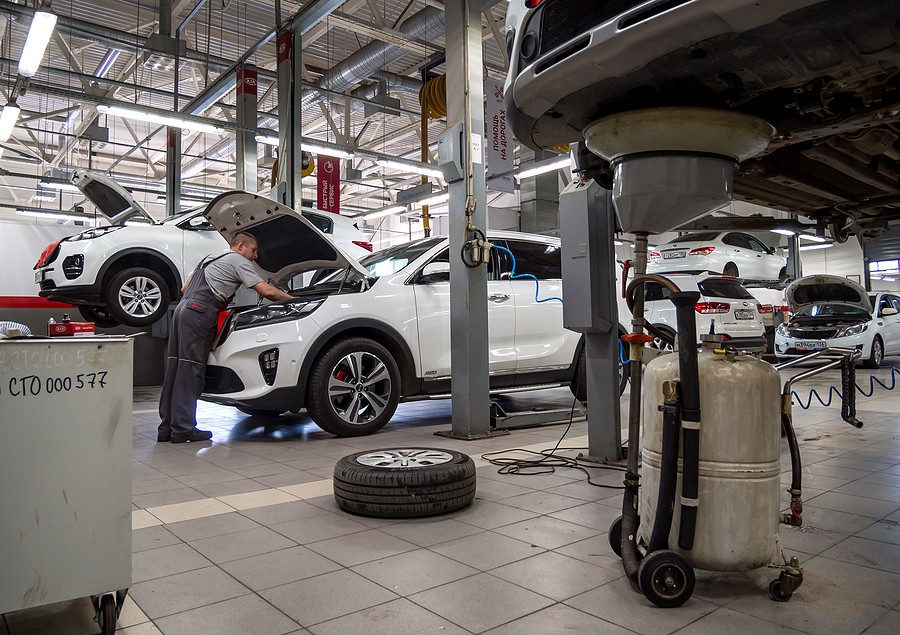 The average cost of a total replacement ranges between $1,800 and $3,400. However, if you choose to save some money, you can choose to purchase a used or salvage transmission arrangement between $800 and $1,500. If you just need a basic repair for your Kia, the average Kia transmission repair cost is around $800.

When looking at the overall price for a Kia transmission repair cost, you need to be aware of the most common problem and cause of issues within the Kia automatic transmission mechanisms. Knowing these most prevalent issues can help you quickly diagnose the issue to prevent any severe problems later on.

Some Kia car models use a 4-speed automatic transmission that shares an issue with shifting the gears smoothly and seamlessly. Certain cars with this transmission type experience problems when trying to upshift into the higher gears, like 2nd, 3rd, or 4th gear while driving.

In some cases and some Kia cars, there is a long pause when trying to shift gears. This delay in shifting can cause an unsafe driving condition and lead to a dangerous road issue. In addition, the pause is often followed by a clunking sound when trying to move the car back into reverse after selecting a higher gear.

If your car has trouble reversing after shifting into a higher gear, you may notice this problem be exacerbated during the cold weather. This problem can turn on the check engine light on your dashboard if you let it go for too long without getting checked, so you should bring your Kia to a mechanic so they can diagnose the trouble code and estimate your total Kia transmission repair cost.

Some possible causes of the delayed gear changes that lead to performance issues and going uphill, downhill, or accelerating can be due to a pressure drop within the valve body. If your solenoids are not working properly and begin to falter over time, this can cause the solenoids can leak.

Leaking solenoids are an easy problem to fix, as the price to replace the entire solenoid pack is just $400. Although this can seem expensive, it is quite low in terms of transmission repair costs.

Another common cause of any delayed gear change issues can arise from a faulty internal harness. The internal harness problems can cause a break in communication between important transmission components – like the TCU and the solenoids. If the harness breaks the line of communication, this can cause the check engine light to turn on and increase the Kia transmission repair cost.

Another common problem that can cause a high Kia transmission repair cost is erratic shifting and suddenly jumping into neutral without any intention. Vehicles that use the 4-speed automatic transmission can experience performance issues like uncontrolled shifting and accidental shifts into neutral.

Diagnosing the cause of erratic shifting can help you keep the overall Kia transmission repair cost as low as possible. The main reason for this happening is due to a faulty input or output speed sensor. If the speed sensor is not working correctly, it can cause the solenoid to misread the trouble codes.

The third most common Kia transmission problem deals with the cars that use the 5-speed automatic transmission mechanism. Any one of these vehicles can undergo harsh and sudden gear shifts, causing jerking while accelerating and unintended shifting.

If you notice this happening in your car, you will typically also have the check engine light on in your car. Diagnosing this issue can prevent a high Kia transmission repair cost.

Causes of a failed gear shift

Three main causes can lead to a faulty gear shift or improper shifting. One of the main reasons is a faulty solenoid valve. The valves are in charge of operating the direct clutch, the front brake, and the input clutch. If one of the valves is not working, it can cause an engine trouble code in your car.

In addition, wiring issues with the harness or the internal transmission components can cause communication issues between the TCU and solenoids. If the wiring issues go on for too long, it can cause a failed solenoid.

Lastly, broken connectors on the control board can lead to a lack of electric signals between parts. If the corrosion is too much and too much dirt has accumulated over time, the Kia transmission repair cost will be much higher. In this case, you will have to repair the board with a new one.

Diagnosing the harsh gear shifting before it gets to affect your car while driving can prevent crashes, safety issues, and a high Kia transmission repair cost. Some causes of harsh shifting could be due to faulty transmission fluid temperature sensors. If this part is not operating correctly, it can give the incorrect temperature and turn on the check engine light.

In addition, you need to ensure you continue driving in the same style as you normally would. Cars with this type of transmission are intuitive, and if it notices you driving in an incorrect pattern, it will adjust the settings to your driving habits. If you frequently change out drivers for who can use your car, it can result in harsh or delayed shifting.

Another severe concern that occurs in Kia cars is vibrations while shifting. Vehicles that use a 7-speed dual-clutch transmission are susceptible to this issue, leading to delayed responses, increased vibrations, and rattling noises heard during acceleration. In these cases, the symptoms will be very noticeable and alert you to a potentially high Kia transmission repair cost.

Causes of Vibrations while shifting

One of the main reasons for the vibrations while shifting is due to the worn-down dual-mass flywheel. If this flywheel has experienced prolonged wear and tear and is no longer functioning correctly, it can cause a metallic rattle due to excessive play. Bring your car to a mechanic so they can examine the flywheel and look for any movement that can cause the high Kia transmission repair cost.

Another cause for the vibrations while shifting is due to overheating and excess friction within the clutch assembly. If there is too much heat, the clutch can stick to the flywheel and cause a delay in shifting gears. In some cases, updating the TCU can help with using the latest software and avoiding any glitches.

Lastly, broken gear mounts could be the culprit of vibrations while shifting. If the gearbox is broken down or damaged, it can cause excessive motion and lead to a high Kia transmission repair cost.

A broken stop lamp in these vehicles resulted in intermittent turning-on of the push-button start feature, causing the brakes and the transmission shift interlock feature to put the driver in danger. In this scenario, the driver could not move the shifter out of the PARK position, leading to an unsafe driving condition and higher Kia transmission repair cost.

In 2017, Kia announced a recall for numerous of their car models, including the 2016 Kia Optima vehicles. The main cause for concern included the powertrain, affecting nearly 2,000 units. Kia Motors stated that the cars equipped with a 2.4-liter engine experienced problems with the right front axle drive shaft cracking and falling.

If the parking brake was not applied while leaving the vehicle, the car may unintentionally roll forward and move. In this case, the risk of a crash is significantly increased, leading to problems with drivers’ safety and the safety of the Kia car. The powertrain concern led to a high Kia transmission repair cost in the Sportage model cars.

Regarding Kia cars and the average Kia transmission repair cost, the average cost of a total replacement ranges between $1,800 and $3,400. However, if you choose to save some money, you can choose to purchase a used or salvage transmission arrangement between $800 and $1,500.

For basic repair jobs for more minor issues in your transmissions, you can expect to pay between $300 and $1,400. For example, the cost of repairing the clutch in your Kia is between $800 and $1,500 on average.

Although there are differences in terms of transmission repair and replacement costs, you should expect to pay at least between $800 and $1500 for the average Kia transmission repair cost. Knowing the most common issues, like delayed gear shifting, erratic shifting, and vibrations in your car can help you diagnose these problems before they worsen!

PrevPreviousCar AC Not Blowing Air From Vents: What Could Be Causing It?
Next2020 Ford Explorer Transmission Problems: What You Need to Know Next