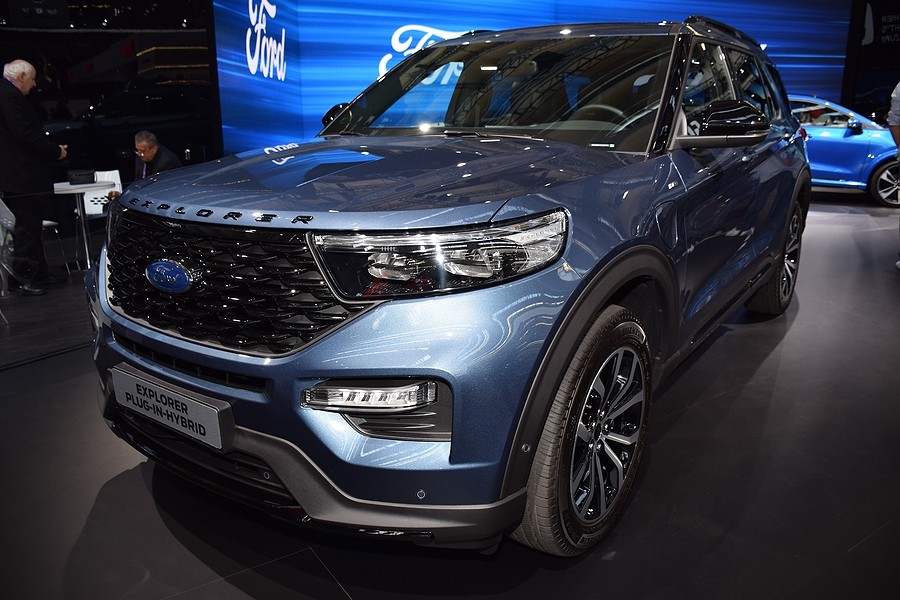 Ford has been producing the Ford Explorer since all the way back in 1991 and it has been one of the most popular vehicles they produce. Now, all the way up in the year 2020, you may be wondering if there are any Ford Explorer transmission problems you need to know about.

The Ford Explorer was actually the first 4-door SUV that the company produced and has been incredibly popular over the last 30 years.  In fact, Ford has sold over 7.6 million Explorers since production began. It's currently in the 6th generation which started for the 2020 model year.  As with any new generation of vehicles, there are sometimes a few wrinkles that need to be ironed out. New generations tend to have new advancements, new technology, and new design elements. That means that there are occasionally problems that can be unforeseen from the year's previous model.

For the 2020 model year of the Ford Explorer, you can get four different engine options. There is a 2.3 l EcoBoost turbocharged I-4, a 3.0 L EcoBoost twin turbocharged V6, the 3.3 L V6 hybrid, and finally a 3.0-liter EcoBoost twin-turbo V6 plug-in hybrid. The transmission is the same across the board and is Ford's 10R60 10 speed automatic.

While the 6th generation of the Ford Explorer debuted with some nice features, many drivers were quick to notice that the 2020 model does have some flaws. In particular reviewers have noticed that there are some issues with the power of the engine and how the transmission performs in conjunction with it.

Consumer Reports was one of the first outlets to get a 2020 Ford Explorer and take it out for a test drive. They noticed right away that driving the Ford Explorer in suburban settings can be somewhat of a problem. The 2020 Ford Explorer has an issue with lurching and pulling while you're driving. There are also some very rough shifts from first gear to second gear after you experienced these lurches and pulls which tend to happen when you stop at stop signs and traffic lights. Additionally, the transition from 2nd to 3rd gear has also proven to be problematic.

Another issue that test drivers noticed with the Ford Explorer’s transmission for the 2020 model year was that it will hold on to a gear longer than it needs to. Typically, when you're driving with an automatic transmission once your engine reaches the appropriate RPM's for a gear shift to take place it will do so. That's essentially the whole purpose of an automatic transmission. It recognizes that your vehicle is up to the required speed and assessing the shifting gears. However, the transmission in this model year of the Explorer stays in a lower gear longer than it should and in turn causes some serious noise to come from the engine as a result.

If you ever tried driving a manual transmission vehicle and were attempting to accelerate without actually shifting gears, then you would have heard the same kind of sound coming from your engine. It has the ability to push harder than it is but because the gears haven't shifted yet, the engine seems to struggle to do very little.

The result of this in the 2020 Ford Explorer is that the engine is somewhat raspy and louder when compared to similar vehicles or even earlier models of the Ford Explorer.

Other Issues With a 2020 Ford Explorer Transmission

Although it is not a widespread issue yet there have been a number of drivers who have suffered some severe transmission problems with the 2020 model. More than one driver has reported that under 10,000 miles the transmission failed entirely and actually required a rebuild. That is certainly rare, it's definitely something that you'd want to avoid, but it has popped up for one or two drivers already.

Hard shifting is the biggest complaint most drivers have had with their transmission for the 2020 model.  Additionally, the problem of jerking while accelerating has been noted by a number of drivers who have reported this issue to the National Highway Traffic Safety Administration. Drivers reported instances where the RPMs got up to go around 1750 and the vehicle started jerking noticeably.

Attempting to shift from a lower gear to a higher gear is extremely difficult for some drivers, similar to what the test drivers at Consumer Reports experience in their test drive of the vehicle. There will also be no warning light popping up on the dashboard to alert you of any particular problem, so as a driver you're left to wonder what might be happening without any indication that there's something wrong.

Other drivers reported more serious issues with shifting, including the transmission shifting on its own between drive and park while they were driving. This was accompanied by a full transmission shut down for one driver who managed to safely pull over and realize they had a serious leak of transmission fluid as a result. It had to be towed into a shop to get looked at after that, but the problem occurred while they were driving down the interstate at 70 miles per hour. You can imagine how this could cause some serious accidents if it was a more widespread issue.

Driver Complaints for the 2020 Ford Explorer

The National Highway Traffic Safety Administration has a list of complaints that have been lodged by drivers of the 2020 Ford Explorer that you can check out on their website. Although there are complaints that cover a range of issues related to the engine, electrical systems, even problems with seat belts and the interior there have been a number of complaints specifically related to the 2020 Ford Explorer transmission problems for this model year.

The NHTSA has over 40 complaints related to powertrain issues including drivers relating problems with the transmission slipping when they're trying to drive up or down hills and the grinding of gears. Commonly this was associated with transmission fluid leaks that had left the transmission without adequate lubrication which is a serious problem for any vehicle.

Other drivers have complained about the Explorer’s transmission locking in the wrong gear on them. For instance, at least one driver mentioned trying to maneuver into a parking space and when the car was in drive the engine revved as though it was a neutral before kicking back into reverse, all without the driver changing any gears whatsoever. This resulted in some minor damage because it took place in a parking lot rather than at speed while driving, but it's definitely a point of concern. The transmission gave no indication that it was into reverse and the shift lever still indicated that the vehicle was in drive.

Is the 2020 Ford Explorer Transmission Safe?

Although the National Highway Traffic Safety Administration has logged numerous complaints with the 2020 Ford Explorer  transmission problems, there have been no major accidents or injuries reported so far in relation to it. In terms of how severe the problem is, it is definitely bad and has left a lot of drivers in serious potential danger but so far nothing has been reported to indicate anyone has suffered physical harm as a result.

Signs and Symptoms of a Bad Transmission

If you currently have a 2020 Ford Explorer or are looking to get one, then there are some signs that you can be on the lookout for to let you know if it does have a problem with its transmission. Given the history other drivers have had, it's certainly not out of the realm of possibility that you can experience the same issues.

Obviously, the big problem many drivers have had is the issues shifting from lower gears to higher gears, the sounds that the transmission is making, and finally the issue with lurching and actually slipping out of gear. However, there's some other signs you need to be aware of as well.

Leaking Fluid: Several drivers reported noticing this problem and it's something that you need to be on the lookout for as well. Most transmission problems are related issues with the transmission fluid, so if you're noticing a fluid leak then you need to get it fixed as soon as you can. Transmission fluid is red which makes it easy to distinguish from the other fluids that are in your vehicle. Oftentimes a transmission fluid leak won't be extreme, which is to say you won't notice a giant puddle of liquid under your vehicle. In fact, sometimes it may just be a few drops. But if you do see that then you know you have a problem because your transmission should be in a closed system with no chance for that fluid to leak out.

Just like engine oil, the transmission fluid is there to help cool your transmission as well as keep it lubricated. A transmission that doesn't have enough fluid in it is going to wear out very quickly. You'll notice grinding noises, potentially a burning smell, and finally the transmission will fail on you completely.

The burning smell will be fairly noticeable, and it's an indication that not just the fluid but the transmission itself is burning and will soon fail on you. If you ever notice a burning smell coming from your engine, pull your car over as soon as it's safe to do so.

The sounds will tend to get worse the longer you let them go, and then they also get worse as you accelerate or try to shift through gears.

Because the 2020 Ford Explorer was the first vehicle of the sixth generation to come out, it's not a surprise that there were some clear flaws with this model. Aside from the transmission, Ford had to recall some models for issues with improper seat restraints, rollaway risks, problems with potential fires and more. There were three recalls issued towards the end of 2019 for the 2020 Ford Explorer, and 9 recalls have been issued in total that affect this model year. They don't deal with the transmission specifically, but the transmission is part of the whole package and it's pretty clear that the 2020 model of the Ford Explorer had some major issues.

If you're in the market for a new vehicle and you like the way the Explorer performs, you may want to check out a 2021 Ford Explorer instead. Car and Driver gave the 2021 model a fairly high rating in their review, and there have been fewer complaints lodged overall with that particular model year, although it's still pretty early in terms of drivers having access to the 2021 Ford Explorer so we don't have a full picture of whether or not the transmission has been improved over the previous year yet or not.

For a little more of a sure thing, the 2019 Ford Explorer had few problems associated with it and the transmission was not a standout problem with this model year at all.