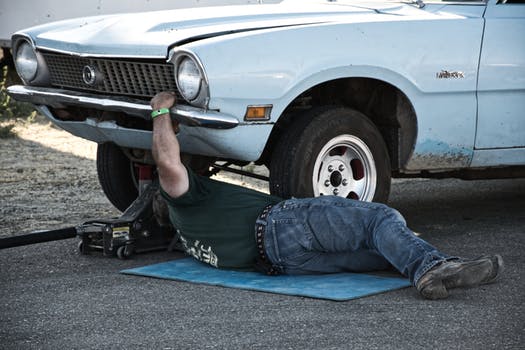 Recent surveys indicate that most cars can last for about 200,000 miles, or 11 years. When possible, making repairs to your car can help you keep it longer and save money in the end.

Unfortunately, for every vehicle there comes a point where it is no longer worthwhile to salvage it. Depending on the age of your car, the severity of the damage or a combination of both, you might be better off junking the car and getting a new vehicle.

Simply put, sometimes the worth of the vehicle is not high enough to justify costly repairs.

But how can you tell the difference between a car that's met its match and one that can be fixed? Check out this guide to learn more about nine scenarios where fixing a car is not the right way to go.

1. Your Vehicle Has Been Recalled

On average, over 30 million cars are recalled each year. In some cases, the owner of the vehicle has no idea the recall has happened. In fact, the first time they learn of it may be when they take the car to a body shop for a repair estimate.

In most cases, a recall is issued due to a safety issue with the car. If the damage to your vehicle is a result of the recall, then the manufacturer is required to pay for the repairs. This may not be the case if the damage is unrelated.

If the damage is not related to the recall, it may not be worthwhile to invest in repairs. For one, you will be repairing a vehicle that is still fundamentally flawed. Also, the vehicle will be even less desirable for resale, since it has both sustained damages and was subjected to a recall.

Your vehicle's frame is like its skeleton. It's the structural support system that holds the car together. Frame damage is any kind of damage to the vehicle that compromises the structural integrity of the frame.

Frame damage most often caused during a collision. If you've ever seen a vehicle where the front of it looks like a crushed tin can, it probably suffered frame damage.

Not only is it costly to repair damage to a vehicle's frame, but it is also difficult, if not impossible, to restore a frame to its original state. This is because repair can require cutting off and welding new parts to the frame.

Depending on the regulations of the state you live in, you may be required to register your vehicle as “rebuilt.” This notifies potential future drivers of the damage that occurred.

While a car might drive fine after the frame has been repaired, there is less certainty that it will perform well in the event of a collision. This is because the trauma the car underwent has weakened the frame. Ultimately, you're better off investing in a new vehicle that will keep you and your passengers safe.

If the frame is the skeleton of your car, then the engine is the heart. It powers your vehicle and keeps it moving forward.

Taking your car to the shop for regular oil changes is essential for keeping the engine in good condition. Without the lubrication provided by oil, the parts of your engine will scrape against each other. The heat produced causes these parts to melt into what is essentially a glob of scrap metal.

Unfortunately, even if you are religious about oil changes, you can still find yourself in this situation. Sometimes, older vehicles will start burning oil, which can result in the same outcome.

If this happens, it's time to let the vehicle go. A seized engine cannot be repaired, so the only option is to replace it. A replacement can cost as much as $10,000.

In general, any damage that busts your engine is not worth repairing. Seizing is only one of the things that can happen to it.

If you catch an overheated engine early, it might not have caused enough damage yet to render the engine unsalvageable. Unfortunately, it does not take long for overheating to damage the engine.

Usually, the culprit will be a blown gasket. This allows the coolant in your vehicle to evaporate, meaning that the engine will no longer be able to cool down. While the gasket is relatively easy to replace, once the damage is done, the car is done also.

Have you ever heard that you should never drive through water, even if it only looks like a few inches? That's because another cause of death for your car's engine can be water damage.

The way that your engine is supposed to work is that the pistons compress air in the engine. Since water cannot be compressed, it can cause pistons and associated parts to become bent. When this happens, it becomes impossible to repair.

Over the past decade, hybrid vehicles have increased in popularity. Along with concern for the environment, drivers enjoy getting the extra gas mileage.

But there is a tradeoff with hybrid vehicles: the cost of repairs tends to be much higher. And there is no part of a hybrid vehicle that costs more than the battery. In some cases, a hybrid battery can set you back as much as $6,000.

If you purchased a powertrain warranty for your hybrid, this will typically cover the cost of the new battery. If you didn't, or if the warranty period has expired, you are better off getting a new vehicle than investing six grand in a car that will only last a few more years.

If you know someone who used to work on cars as a hobby, you may have heard them lament that newer vehicles are more difficult to work on. This is because much of the functions of the vehicles are computerized. If you fry the computer, which is essentially the car's brain, it's a pain to replace.

One of the main ways that the computer gets fried is when jumping a dead battery. In some cases, reversing the polarity can cause major damage. This is why you're better off taking advantage of your road-side assistance (which comes with most insurance) rather than jumping a car yourself.

And, while we're talking about the electric features of newer vehicles, it's worth mentioning that any electrical damage is probably not worth fixing. The electrical components of a car are complicated and expensive, so repair is not usually a viable option.

If you allow grime, salt, and dirt to collect over time, rust will eventually start to form. A base layer of rust can be fairly easy to deal with. In most cases, a little sandpaper will do the trick to remove a single layer.

It's when the rust is allowed to spread that problems occur. Eventually, the rust will lead to corrosion, which will eventually eat through the metal in your car. This can create holes in the material.

Once this impacts an entire panel on your vehicle, it can be very expensive to fix. You're much better off investing in a new vehicle.

Some vehicle problems—like minor frame damage with a little bit of rust—won't inhibit you from continuing to drive the vehicle. You can continue using the car until a more serious problem arises.

There are a few things that may indicate to you that there's a problem with your car's transmission. You may notice that your vehicle “hesitates” when switching gears, or fails to switch altogether. You may also hear whining, clanking, or buzzing when you shift gears.

These are signs of severe mechanical problems that likely make it unsafe to continue driving the vehicle.

Fixing a Car vs. Junking It: Making the Right Choice

While these aren't the only situations where fixing a car isn't worth it, this list is a good starting point to help you decide whether to keep the vehicle. Whether the damage is from an accident, a faulty repair, or general wear and tear, sometimes a repair doesn't pay off.

Ready to junk your car? Use our Get an Offer form to get an estimate on what your vehicle could be worth.